The Unsolved DeFoor Family Murder of 1879

On a summer night in Georgia, a killer crept into the DeFoor family homestead and slaughtered them with an axe.

At 6 o’clock in the morning on July 26, 1879, Martin Walker passed his grandparents’ homestead outside Atlanta and noticed that they had not roused from their slumber at their usual hour. When the young man went inside to investigate, he stumbled upon one of the most gruesome—and mysterious—murders in Georgia history.

Walker’s grandparents, Martin DeFoor and his wife Susan, had moved to the area in 1853 and taken over the operation of Montgomery’s Ferry, which they renamed DeFoor’s Ferry. The home in which they lived was one of the oldest in the county. The DeFoors were well known throughout the community; it was said of them that they “had not a known enemy in the world.”

And yet, on the night of July 25, they were both brutally murdered in their beds, nearly decapitated by blows from an axe later found in the fireplace, covered in ashes and blood.

Related: 8 OF THE MOST CHILLING, UNSOLVED CRIMES

The murder shocked the nation. On July 27 of that year, the New York Times ran an article under the headline, “An Aged Couple Murdered. Found Dead in Bed with Their Throats Cut No Clue to the Criminals.” While several suspects were arrested and questioned, the perplexing case baffled investigators. 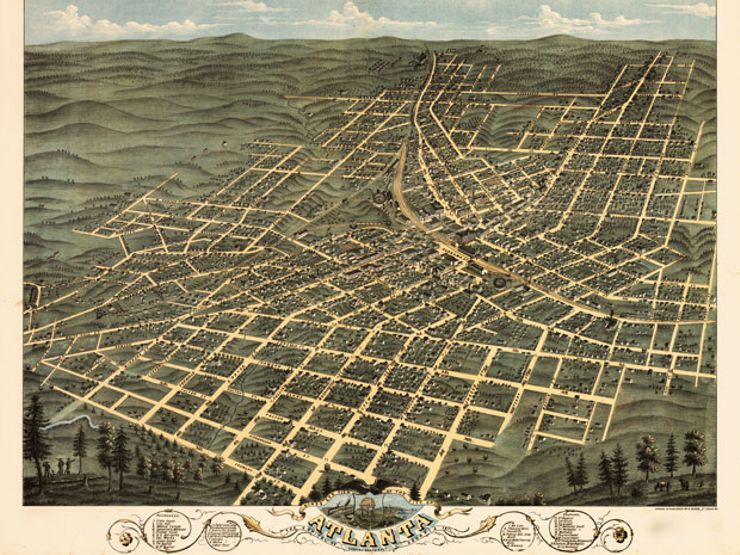 Perhaps the most chilling aspect of the crime—apart from its viciousness—were clues that suggested the killer or killers had been hiding in the house before the murders took place. In the upstairs room, signs pointed to recent occupancy, including human excrement in an adjoining lumber room. The bed had been slept in, and bare, muddy footprints were found on the windowsill. Authorities concluded that the killer or killers slipped in the open window the previous day. They then concealed themselves in the house until Friday night, when they crept downstairs to do their bloody work.

The culprits also apparently helped themselves to food and milk before slaughtering the DeFoors. According to some accounts, two sets of footprints, one of which was barefoot, led out to the woodpile to fetch the axe.

At the time, suspicion focused heavily on traveling vagrants, including two who had been denied lodging at the DeFoor home the night before. A piece in a July 30 newspaper warned of “The Danger of Tramps” and drew a clear connection between the homeless and the DeFoor murders, claiming, “they skulk through the country like wolves, only harmless when glutted—gathering in gangs whenever there is crime to be committed, or whenever there is taint of blood in the air.”

Public outcry continued for months and even years after the killings. Then, in June 1883, nearly four years after the murders took place, a newspaper headline crowed “The Perpetrators of the Dastardly Deed Caught.” The article went on to explain how a man named Joe Johnson had confessed to the slayings, claiming that he and two other men had committed the murders. Media outlets speculated that there would soon be a hanging.

But there was no hanging, and there was no conviction. Not then, and not ever. Joe Johnson’s confession collapsed under police scrutiny and each fresh clue in the DeFoor case led to a dead end. To this day, the brutal DeFoor Family murder remain unsolved.

In its historical brochure, the DeFoor Centre event venue near Midtown Atlanta—which is itself just off DeFoor Avenue near where the DeFoor homestead once stood—briefly touches upon the murders. The brochure tells of a female ghost that has been sighted in the building by visiting psychics. They have named the ghost Mrs. Susan DeFoor.