Murderers Carol Giles and Tim Collier worried their best friend would turn them in, so they found a way to keep her quiet ...

Best friends are supposed to keep each other’s secrets. But what if that secret involves murder?

Carol Giles and her boyfriend Tim Collier murdered Carol’s husband—a homebound diabetic and secret heroin dealer—with a lethal shot of heroin from his own stash. Soon after, a paranoid Tim decided that Carol’s best friend, Nancy Billiter, would eventually squeal—and the couple vowed to do something about it. With friends like Carol Giles, who needs enemies?

Read more in this excerpt from the terrifying true crime book Needle Work by Fred Rosen, and then download the book on Amazon, Barnes & Noble, and iTunes. 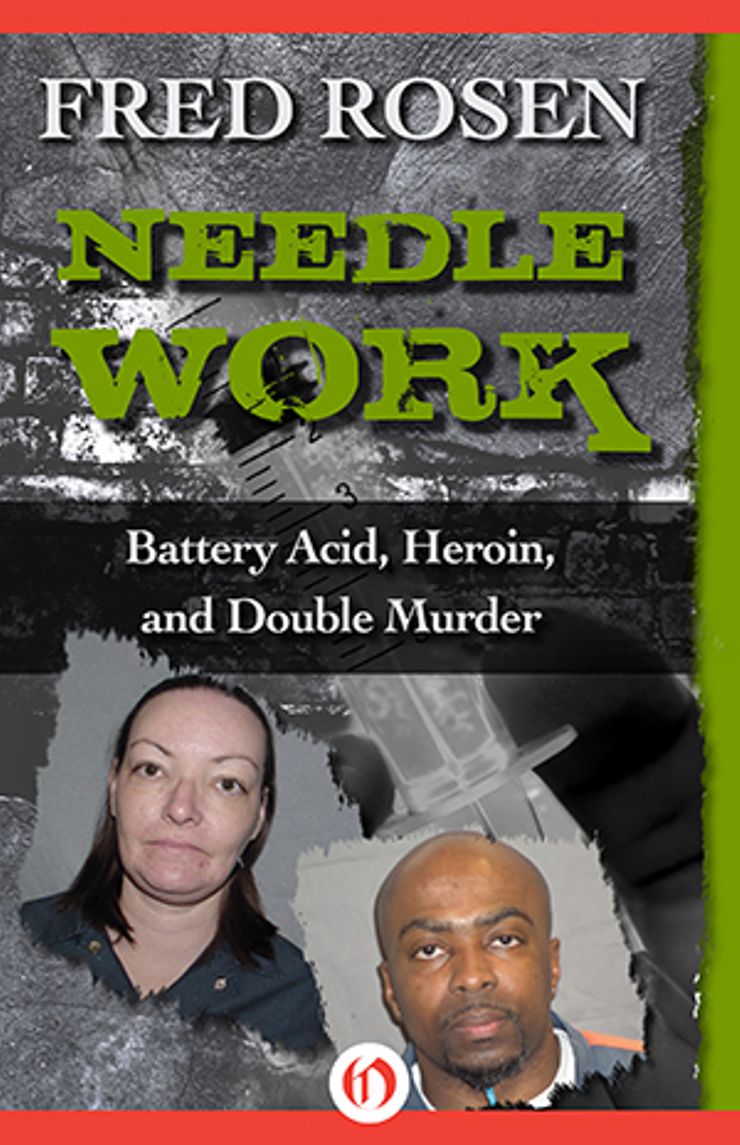 After checking on the kids—they were all right, still asleep—Carol went to go back down. Descending the steps, she heard moaning coming from the basement.

When she got back, she saw Nancy sprawled on the bed, spread-eagled. Her wrists were tied to the bed frame with pantyhose. Nancy still had her uniform on from work, but she had one leg out of her pants.

Carol couldn’t figure that one out: how had her leg gotten out of her pants? And she wasn’t wearing any panties or pantyhose. Looking closer, she saw that the pantyhose binding her wrists to the bed were one color and the pair binding her legs was another. Then there was the washcloth.

Tim had stuffed it in her mouth to stop her from screaming. The gag was secured with another pair of hose tied around her head.

“Shut up, shut up,” Tim yelled, hitting her harder and harder. “If you don’t, I’ll kill ya right here in the basement.”

Carol heard Nancy making noises; that’s how she knew she was conscious. Then Tim pointed the gun at Nancy. He handed Carol a syringe and said, “Shoot her.”

Carol looked at it. She had no idea what it was loaded with, but she knew it was full. Tim ordered her to inject Nancy with the mystery liquid. But Carol didn’t want to. Hell, she had no idea what was in the syringe. She tried to stall, but Tim insisted. 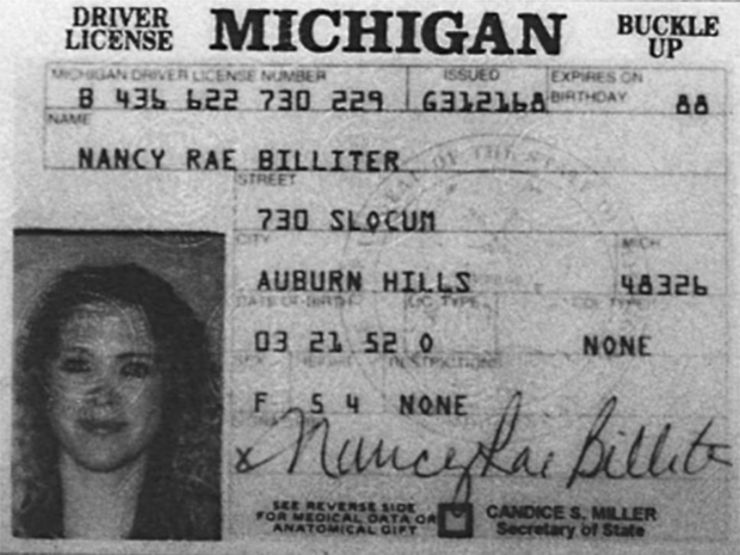 Carol looked down the barrel of the gun. She was convinced that if she didn’t do it, he would kill her. So she did, sticking the needle in Nancy’s ankle. Carefully, quickly, she pushed the plunger and watched the fluid drain into her leg. Nancy moaned.

Tim hit her in the face again and ordered her to shut up.

“Fill it up again,” Tim ordered in a cold voice.

He pointed at the shelf near the foot of the bed. For the first time since they’d come downstairs, Carol saw the clear plastic jug filled with hydrochloric acid Tim had placed there. She knew what the stuff was. Jessie had used it to fill up the lawn mower’s battery.

Tim had decided to kill Nancy by injecting her with the deadly acid.

With no choice, Carol plunged the needle into the jug and pulled the plunger back. She tried taking her time filling it up, but he kept hurrying her. She explained that she had to make sure she got the air out of it—otherwise, Nancy would die from an embolism.

The clear white fluid filled up the hollow cylinder to the halfway point. She brought it up to the light and squeezed a bit out of the tip. Carol’s fright-filled eyes followed the path of the needle toward Nancy’s arm. It was like somebody else doing it. Finally, when she could delay no longer, Carol delivered the injection into Nancy’s arm and watched as the sharp needle penetrated the skin and the acid burned her. 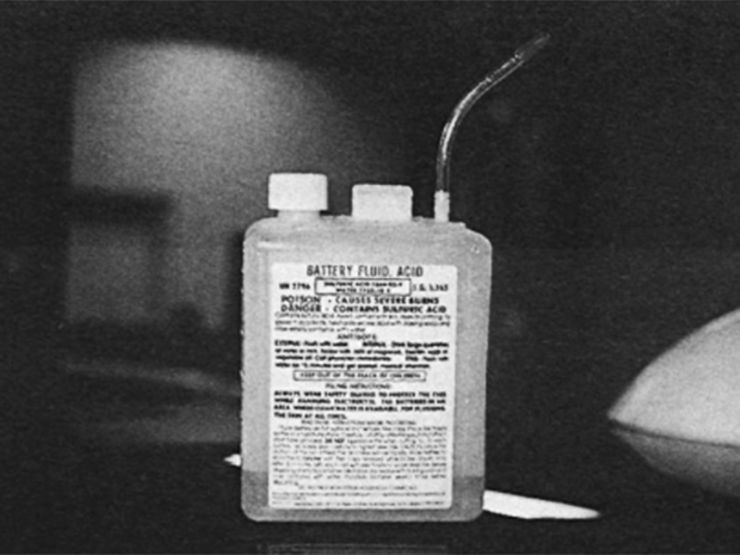 Battery acid from this bottle was injected into Nancy Billiter’s body.

Carol couldn’t bluff anymore. She had to fill the syringe to the top, or Tim would kill her for not doing what he wanted. She went through the same procedure, going slower, trying to think.

When she could delay no longer, she shot the liquid subcutaneously, hoping it wouldn’t get into any veins or do anything too damaging. But despite her best efforts, Nancy moaned in pain.

Tim watched with a relentless eye, smoking intensely, covering both of them with the automatic. Whenever Nancy moaned, he ordered her to be quiet.

Nancy kept moaning and moaning. Then, suddenly, the moaning stopped. Her eyes stayed open, but there was nothing there; the light had gone out.

Nancy Billiter was dead. Just as well. By that time, the needle was spent.

Suddenly, Nancy jerked up. She hadn’t been dead after all. Maybe she was playing possum or maybe she had just gone out for a minute. Whatever. She rose up and began struggling against her bonds. 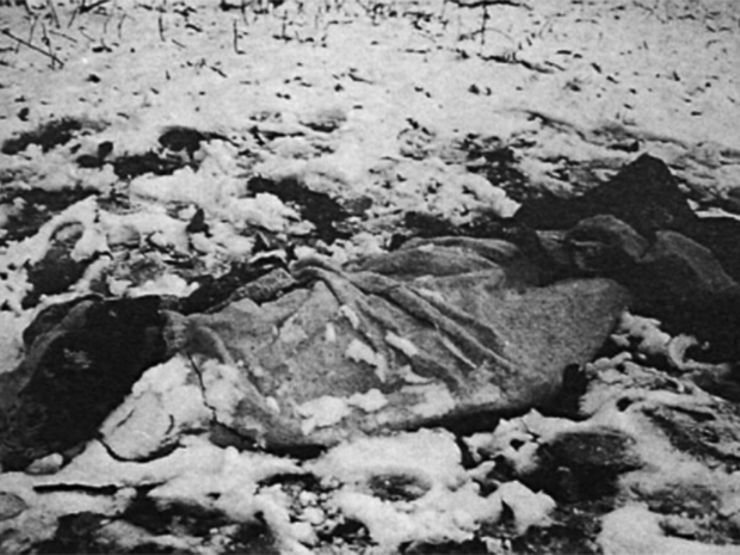 Billiter’s body was wrapped in a blanket by the murderers and then dumped in a snowy field outside Flint, Michigan, where they attempted to burn it.

Tim whacked at her face with the barrel of the gun. The metal slammed into flesh. She bled heavily, but the force of the blow drove her back down to the mattress.

“Lay down and be quiet,” Tim commanded.

Carol thought she heard her kids waking up and ran upstairs to check on them. They were fine. When she came down again, Tim was back to punching Nancy in the stomach. Carol stood by the foot of the bed. When he moved back, Carol stared at Nancy in horror.

Nancy’s skin was exposed. Her blouse was open. There was extensive bluish and yellowish bruising around her midsection, like she’d just spent an hour with Muhammad Ali pounding her gut.

Tim told Carol to get a wet towel. She wasn’t sure why she was doing this, but she wouldn’t dare ask Tim—not now, not when he was so mad. She figured to herself that maybe Nancy’s face was so bloody, she was to wipe it off.

Carol wrung it out and handed it to Tim. He went over to the laundry machine and poured bleach on it. He used the bleach-soaked cloth to wipe off Nancy’s blood that had spattered the wall. Then he wiped his hands with the towel. When she heard another noise from upstairs, Carol left to check on the kids again. She came back down a few minutes later. That’s when she saw Tim holding the towel over Nancy’s face.

Tim was smothering her.

All Photos Courtesy of the West Bloomfield Police Department