David Parker Ray: The Sadist Who Tortured Victims in His Toy Box

In Slow Death, Jim Fielder tells the disturbing true story of a violent Satanist who tortured and killed women in his trailer.

By day, David Parker Ray was a car mechanic. By night, he was something else entirely—the leader of a satanic group, a sexual sadist, and a prolific torturer of women. Though his official body count is still unknown, police suspect Ray may have taken more than 60 lives.

On March 20, 1999, he picked up the victim who would put an end to his spree. Posing as an undercover cop, David Parker Ray claimed to be arresting Cynthia Vigil for solicitation—but instead of taking her to the police station, he brought her back to his special “toy box.” An eight-by-twenty-five-foot white trailer, this “toy box” was equipped with everything Ray might need to torture the women he hid there: whips, chains, blades, saws, and more. His girlfriend, Cynthia Hendy, was his sidekick—often aiding in his assaults and helping him force victims to take amnesia-inducing drugs.

But two days later, Cynthia Vigil made it out alive. With Ray at work and a distracted Hendy tasked with “babysitting,” she recognized an opportunity to escape the trailer. After a physical confrontation that left Hendy with non-fatal stab wounds in her neck, Vigil ran to the neighbors and got the police on her captors’ trail. Not long after, David Parker Ray and Cynthia Hendy were caught.

When news of the arrests spread, Angelica Montano—another victim—came forward with her story. Through a video tape recorded by Ray himself, the police were able to identify another survivor: Kelli Garrett, who Ray had kidnapped three years prior. Meanwhile, additional perpetrators also came out of the woodwork: A State Park trooper, Ray's daughter, and a man named Dennis Yancy were found to be accomplices. Their stories confirmed that, despite the lack of human remains on Ray's property, he was a serial murderer.

Before he met Hendy, Ray was quiet about his crimes. Only his victims and a selection of his satanic followers knew of his “toy box.” Contrastingly, Hendy wasn’t so tight-lipped about her own criminal deeds. In fact, she frequently talked to her boyfriends about torturing sex workers. Needless to say, Hendy and Ray were a match made in hell—though their shared interests didn’t stop her from testifying against him in court. Due to her cooperation, Hendy received a shortened prison sentence of 36 years in 2000. Ray barely made a dent in his 224-year sentence, as he died of a heart attacked in 2002.

In his bestselling book, Slow Death, author Jim Fielder recounts the crimes and trial of David Parker Ray. Read on for an excerpt to go inside Ray's infamous “toy box,” as described by the FBI investigators determined to bring him to justice. 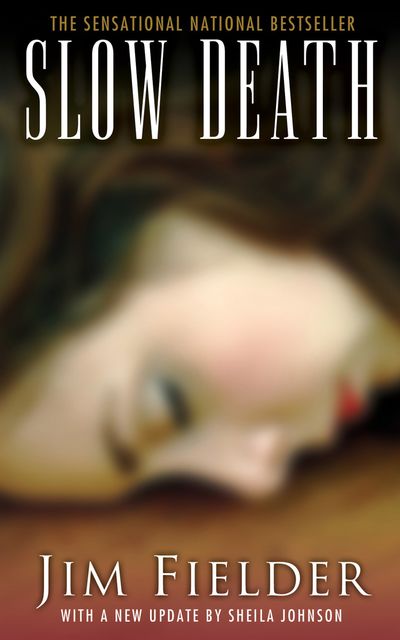 By early April 1999, over one hundred FBI and NMSP agents were swarming all over the David Ray property at 513 Bass Road. Many of them were wearing white jumpsuits and masks and digging in the yard. Others wore surgical gloves and concentrated on what evidence they could find inside the white cargo trailer and the brown-and-white mobile home Ray used as a house.

Eleven days after he was arrested, Ray claimed another victim when Patty Rust killed herself after spending four days inside the toy box making detailed drawings for the Federal Bureau of Investigation.

The day after Rust killed herself, Jim Yontz took a stroll through the toy box. He wondered why the FBI sent a woman into a torture chamber when everybody working the case suspected that other women had been literally “frightened to death” by the tall, skinny mechanic with a reputation for being “good with his hands.”

When Yontz walked up to the rear end of the $100,000 handmade chamber of horrors, he first noticed the 7259-TRJ New Mexico license plate. There was an Arizona Highway Patrol Association decal right next to it that said I SUPPORT THE BEST. The trailer was jacked up on wooden blocks and Yontz noticed it didn’t have any windows. He walked up the four steps and opened what had previously been a double dead-bolted, steel-reinforced door.

Related: 5 Killer Couples That Make Us Want To Die Alone

He immediately spotted a can of Folgers coffee. The Charles Manson Family had killed Abigail Folger in 1969 and Yontz wondered if David Ray was paying his respects in some sicko kind of way. Next to the coffee can was a box of Kellogg’s corn flakes and a small refrigerator. Hanging on the wall was a roll of paper towels that said HOME-SWEET-HOME.

After that, it got ugly.

On the left wall, Jim noticed a large white sign with big red block letters that identified David Ray’s name for his little private hideaway: SATAN’S DEN. Next to the big sign was a smaller white sign with black underlined letters that identified what Yontz was about to see: THE BONDAGE ROOM. Down at the other end of the trailer was a hand-lettered sign that said I AM RATHER BUSY—WOULD YOU PISS OFF!

Standing right next to the Satan’s Den sign was a tall tripod with a very expensive RCA Victor camcorder pointing toward a large black leather table/chair rigged up with metal stirrups, electrodes and dozens of red plastic straps. Hanging from the ceiling next to what looked like the gynecology table was an RCA Victor television set, positioned so the female victims could see what Ray was doing to them.

After that, it got ugly.

Walking up the left side of the chamber, Yontz saw a coat hanger with a long black robe hanging from it. The robe had a red cape. There was a businesslike clipboard hanging next to the robe and Yontz noticed that Ray had what looked like a “roll call” list of victims he’d kidnapped between 1993 and 1997. Yontz knew that was the period of time after his fourth wife, Joannie Lee, divorced him and before the time he met his last live-in lover, Cindy Hendy. He read the list and tried not to let his emotions get in the way. It wasn’t easy. Each nameless woman on the list had cowboylike “notch marks” after their date of capture.

The photographs showed women in various stages of bondage. Yontz’s attention was first drawn to a young redheaded woman, naked, with her hands tied behind her back. She was gagged with a red bandanna and looking the camera right in the eye. Her eyes seemed to be smiling. Another picture showed a woman in obvious pain. Her naked breasts were hog-tied at the base with circles of constricting white rope, making them bulge. Old-fashioned wooden clothespins were attached to each nipple and her face seemed smothered in fear. A third picture showed a faceless woman tied down to a bench press with her legs forced wide apart. Bruises covered her body, especially the inside of her thighs.

Related: 40+ Disturbing Serial Killers Who Will Keep You Up at Night

Posted next were a series of “drawings” showing the stages in which Ray liked to torture women . . . Stapled next to the photographs and drawings was a detailed warning list prepared by Ray. Yontz copied the wicked list from top to bottom and noticed Ray hadn’t forgotten a single detail.

REMEMBER
A WOMAN WILL DO OR SAY ANYTHING TO GET LOOSE
THEY WILL:

MISSED BY HUSBAND OR FRIEND

DON’T LET HER GET TO YOU

IF SHE WAS WORTH TAKING—SHE IS

SHE MUST BE SUBJECTED TO HYPNOSIS BEFORE

THE WOMAN CAN BE SAFELY RELEASED

The wall on the right-hand side of the toy box was covered with the tools of his trade . . .