How about a little murder and mutilation with your bedtime story?

From the Little Mermaid to Little Red Riding Hood, the sugarcoated renditions we know and love come from much darker places. If a Disney-themed wedding is in your future, beware: The disturbing origins of these classic stories are anything but sweet. 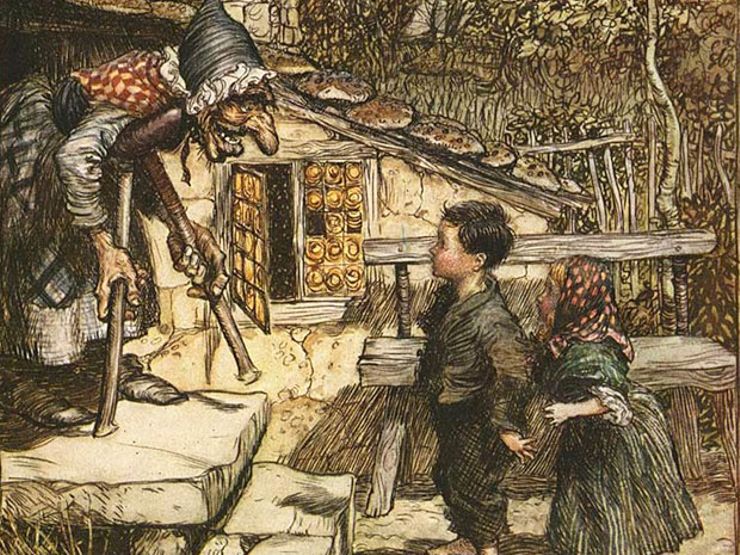 The nightmare of Hansel and Gretel is largely intact compared to other watered-down fairy tales. A cruel stepmother convinces her husband that the only way to avoid starvation is to abandon their children. The siblings learn of the plot and escape into the woods. Soon thereafter, a not-so-kind old witch kidnaps the pair with plans to fatten them up to eat.

Related: The Green Children of Woolpit

What is shocking is that “Hansel and Gretel” doesn’t stray too far from the reality of the Great Famine of 1315-1317, which serves as a backdrop for the dark cannibal tale. Starvation and disease devoured Europe during this time, resulting in crime, mass death, and cannibalism. In addition, many famished parents were forced to abandon their own children if they wanted to avoid starving to death. 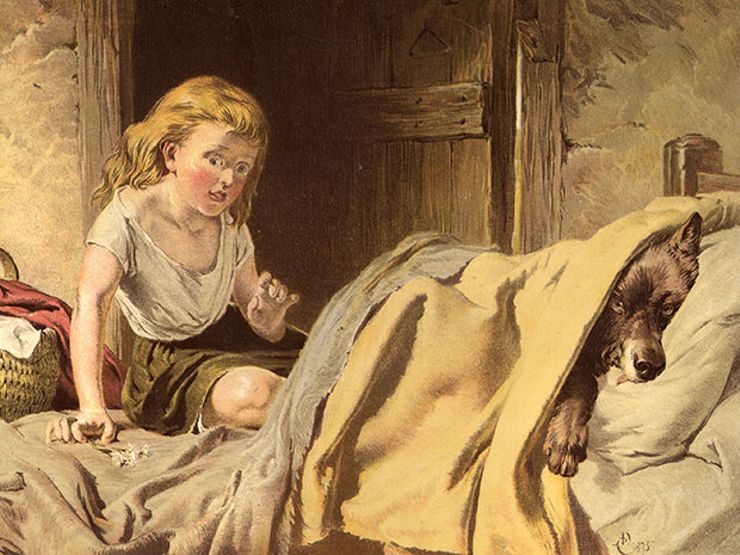 Surprisingly, it was the Brothers Grimm who softened “Little Red Riding Hood” in the 19th century with their addition of a huntsman who saved the day. In earlier versions as well as the 1697 edition by Charles Perrault, Little Red Riding Hood unwittingly cannibalizes her own grandmother after the wolf tears apart the old woman and serves her guts to the girl. In another disturbing rendition, the wolf demands that Little Red strip naked. She submits, throwing her clothing in the fire and joining the wolf in bed. Afterwards, the wolf eats her alive and the story ends there. 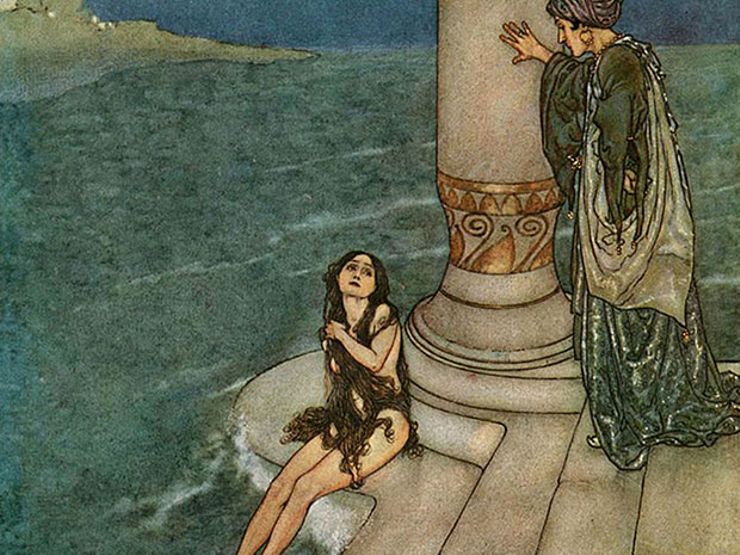 In the Disney version of “The Little Mermaid”, Ariel trades her sweet singing voice for legs; in the Hans Christian Andersen original from 1837, she gives up her tongue. What’s worse, each step the mermaid takes is excruciating, as if sharpened knives are cutting into her newly developed stems. She has just one day to marry the prince, lest she be turned to sea foam.

Related: 7 Creepy Folklore Creatures From Around the World

In a curious decision, the (former) mermaid dances to wow the prince—knowing full well that each step-ball-change will shoot pain through her body. In the end, her suffering is all for naught; the prince chooses another woman. While the mermaid’s sisters provide her with a dagger to kill the prince and save her own skin, the mermaid can’t bring herself to do it. Instead, as promised, she dissolves into sea foam. 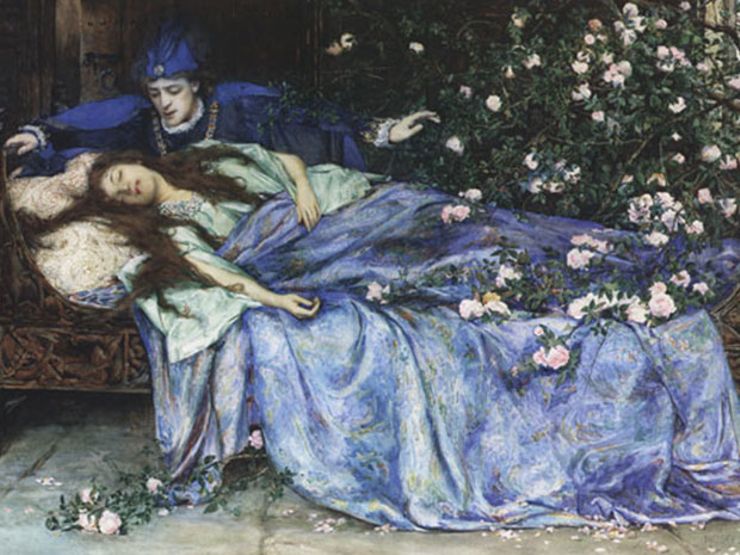 There are no fairy godmothers in “Sun, Moon, and Talia”, the disturbing folk tale upon which “Sleeping Beauty” is based. Italian poet Giambattista Basile first published the story in 1634, with the titular Talia as lead. Instead of getting pricked by a spindle, a sliver of flax lodges under the young woman’s nail, causing her to collapse and appear dead. Her heartbroken father, who can’t bear the thought of burying his daughter, instead lays her on one of the many beds in his large estate. A king then follows his hunting falcon into the lord’s home, where he discovers the sleeping beauty. When he’s unable to wake the unconscious woman, he rapes her. Afterward, he returns to his homeland.

Still unconscious, Talia gives birth to two children. One infant sucks the flax from her finger, thus rousing Talia from her magic slumber. The king who raped her has since married. When his new wife learns of Talia’s existence she schemes to slaughter the children, cook them up, and serve the infants to the king. The queen’s cook reluctantly agrees, then swaps out the children for lamb meat. When the king learns of his wife’s scheme, he burns her alive in order to be with Talia. As for the cook who saved the children? He receives a promotion.

5. The Pied Piper of Hamelin 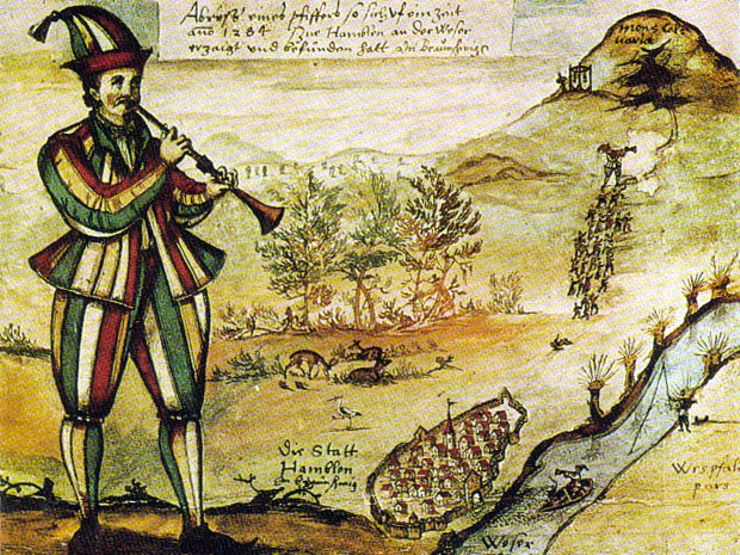 The Pied Piper story is an inherently dark one, featuring both rat infestations and mass child abduction. The fairy tale, which dates back to the Middle Ages and has been told by the likes of the Brothers Grimm, is set in Hamelin, a German village plagued by rats. Townspeople hire a mysterious stranger, who plays a tune with his pipe that successfully drives the rodents from the gates of the city. When the townspeople attempt to stiff their medieval exterminator, he responds by using his magic tune to lure the town’s children to their doom.

What makes the nightmarish tale all the more alarming is that some historians think it may be more fact than fiction.

While there’s not enough historical data to truly understand what happened in Hamelin, texts and artwork from the time hint that, around 700 years ago, the town’s children either died or disappeared. A Hamelin town ledger entry from 1384 alludes to the tragedy: “It is 100 years since our children left.” Reports of a stained glass window in the now-destroyed Hamelin church (see reproduction above) speak of a colorfully dressed piper leading children away from the village and into the hills. In the 16th century, when a new gate was built at the town’s entrance, it was inscribed with the following message: “In the year 1556, 272 years after the magician led 130 children out of the town, this portal was erected.” 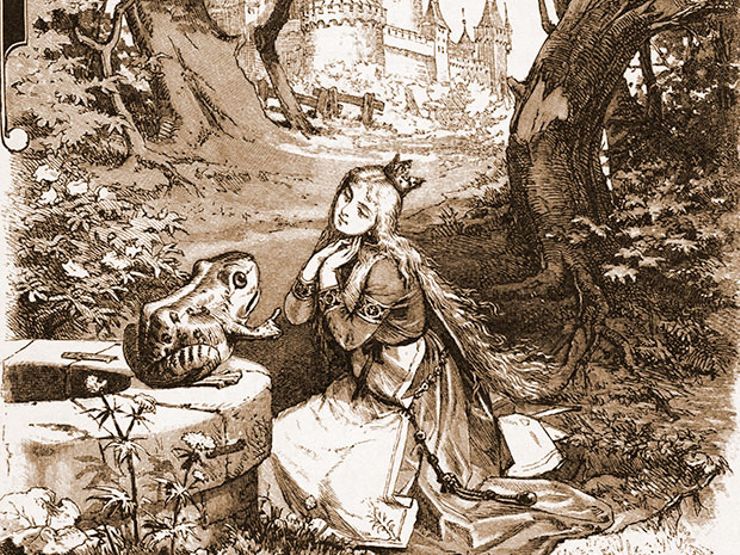 Forget a magic smooch. In the Brothers Grimm version of “The Frog Prince”, the ending is far more violent. Despite the princess’s clear lack of interest, the slimy frog prince continues his courtship until he is upon her in her bed. At this point the disgusted princess throws the amphibian against the wall. And it is this aggressive act that turns the frog into a prince—not the pitying kiss we know from the cartoon. In an alternate version, the princess chops off the frog’s head and leaves him bloody and near death. This too is enough to transform him into a doting prince. Love hurts? 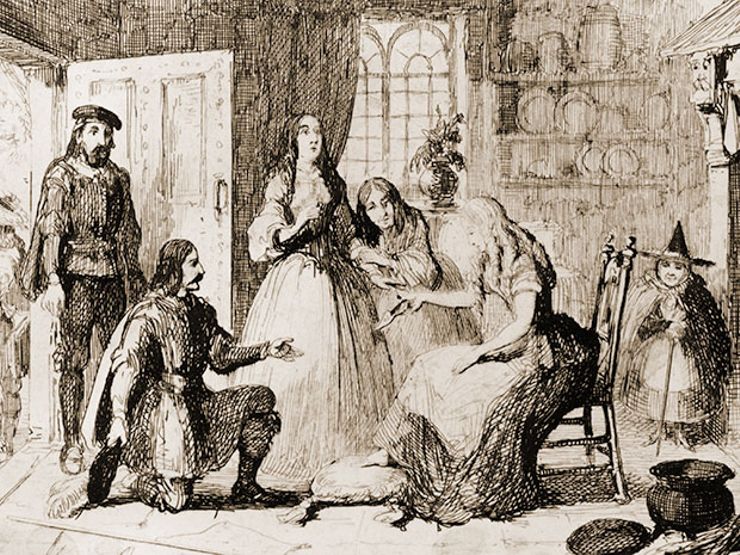 Evil step-sisters Anastasia and Drizella are nothing short of awful—what with their bossy ways, bratty attitudes, and nails-on-a-chalkboard voices. They certainly win the most terrible sisters award from the Disney archives. Yet these siblings go from irritating to psychotic in the Brothers Grimm version of Cinderella from the 19th century.

One may recall when Anastasia and Drizella struggle to get their grubby, pudgy feet into Cinderella’s slipper. In the Grimm version, the desperate pair slices off parts of their own feet to cram into the tiny shoe.

But the prince sees through their ruse—literally. Once the slipper fills with deep, red blood he quickly ditches the ditzes for the real deal, Cinderella. Adding insult to injury, a flock of birds then pecks out the eyes of the sisters for their wickedness.

8. Beauty and the Beast 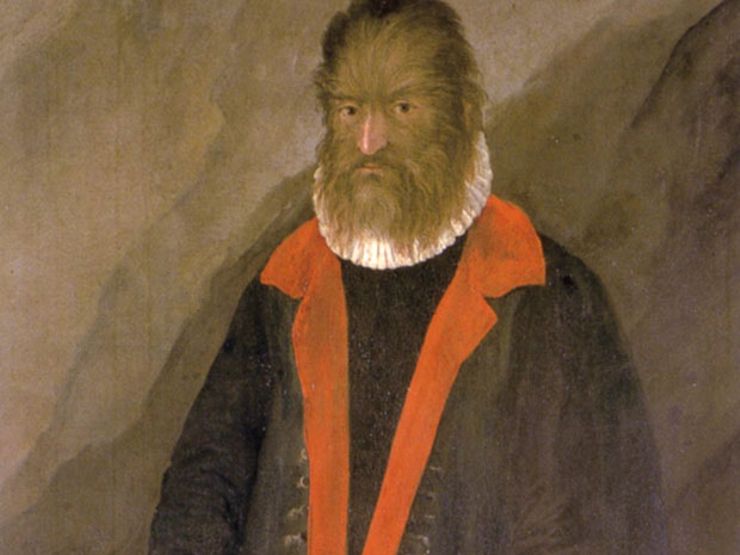 The mysterious 16th century marriage between French nobleman Petrus Gonsalvus and his wife, Catherine, may have served as inspiration for Jeanne-Marie Leprince de Beaumont’s Beauty and the Beast from 1740, which in turn inspired the animated Disney feature. Although the real-life couple’s relationship was sadly lacking in singing cutlery or wisecracking candlesticks, Petrus did have one thing in common with the fairy tale’s titular Beast.

Petrus had a rare condition called congenital hypertrichosis (Latin for ‘too much hair’) that caused his face, limbs, and entire body to be covered in sable-like hair. As a boy, Petrus was treated more like property than a person. Considered to be a ‘wildman’ — a savage, half-human creature found in European mythology— he was taken from his home and given as a present to King Henry II of France. As an experiment, King Henry raised Petrus as a nobleman, and eventually the court arranged for his marriage to Catherine, to see if more wildmen could be produced.

Although Catherine and Petrus appear to have had a happy marriage, they and their children were never treated as fully human. Ultimately, the horror of their story doesn’t come from Petrus’ appearance, but from the degradation he and his loved ones faced. 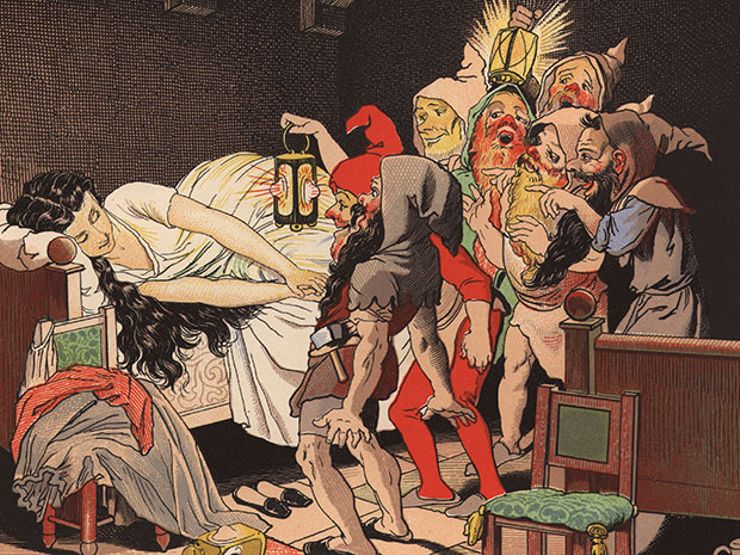 According to German historian Eckhard Sander, Snow White may be based on a real-life noblewoman named Margarete von Waldeck from 16th-century Bavaria. The young Margarete fell in love with a prince who later became Philip II of Spain. Margarete’s father and step-mother disapproved of the relationship, as they found it politically inconvenient. At the age of 21, Margaret turned up dead, seemingly poisoned. As for the lovable dwarves, the von Waldeck family reportedly ran a copper mine where they employed young children, many of whom suffered from severe deformities because of the poor working conditions. The child laborers were mockingly referred to as dwarves.

The fairy tale itself is full of dark details that were later scrubbed clean. Upon learning of Snow White from her magic mirror, the Queen orders a huntsman to collect Snow White’s liver and lungs for a grisly meal. After swallowing the poisoned apple and slipping into a coma, the prince takes Snow White’s body. When her coffin falls due to a clumsy servant, the apple dislodges from Snow White’s throat. Snow White still marries the creepy prince. When the Queen shows up to their wedding she’s forced to wear burning hot iron shoes and dance until she drops dead.

Want more terrifying bedtime stories? Sign up for The Lineup's newsletter, and receive our creepiest cases delivered straight to your inbox.