Behind a rusted gate in south London lie the remains of some 15,000 lost souls.

For centuries, the vacant lot at the corner of Redcross Way was known as the Cross Bones Graveyard – a burial ground for the outcast dead in the heart of medieval London’s red light district. Set along the southern banks of the River Thames, this swampy lowland borough lay outside the legal reach of the city, and offered safe haven to bawdy theaters, seamy taverns – and brothels.

The women who worked in these brothels were licensed by the local Bishop of Winchester – hence their nickname, “The Winchester Geese.” And while the Church was happy to collect a tax on their labors, it refused to provide the prostitutes with Christian burials.

For many, Cross Bones was the only option. 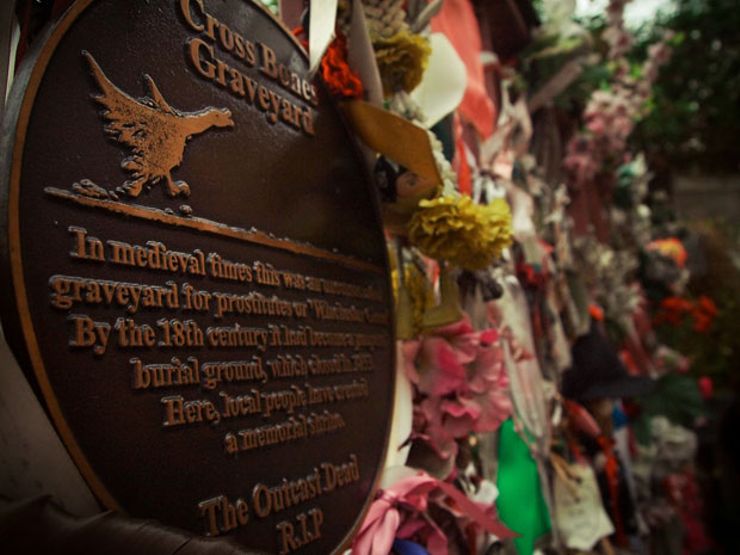 In 1598, historian John Stow delicately described the site as a “Single Woman’s churchyard” – a euphemism for the unconsecrated cemeteries of sex workers. By the 1700s, additional outsiders were brought in for burial, including felons, the sick, and the poor. By 1853, Cross Bones Graveyard, packed to near-bursting with bodies, shuttered its iron gates for good.

Locals were well aware of the site’s macabre history and refused to develop the land. The lot remained largely unused for decades. In the 90s, archeologists from the Museum of London performed a partial excavation of Cross Bones, uncovering a heap of bodies – many of which were piled in mass graves. The damaged remains displayed signs of scurvy, smallpox, tuberculosis, and rickets. Approximately half of the recovered bodies were children.

Today, Cross Bones is a destination for those fascinated by London’s dark past. A commemorative procession occurs every Halloween season and the rusted Cross Bones fence is adorned with ribbons and flowers in honor of the dead. In late 2014, after a lengthy debate with builders anxious to develop the lot, permission was granted to temporarily turn the site into a memorial garden.

Curious for a tour of Cross Bones? Visit the ancient burial site for yourself in the photos below.

[Via Smithsonian and Atlas Obscura] 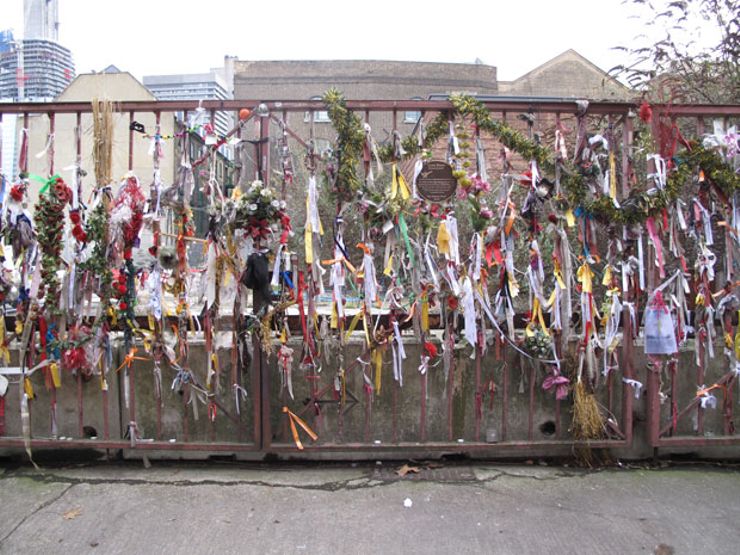 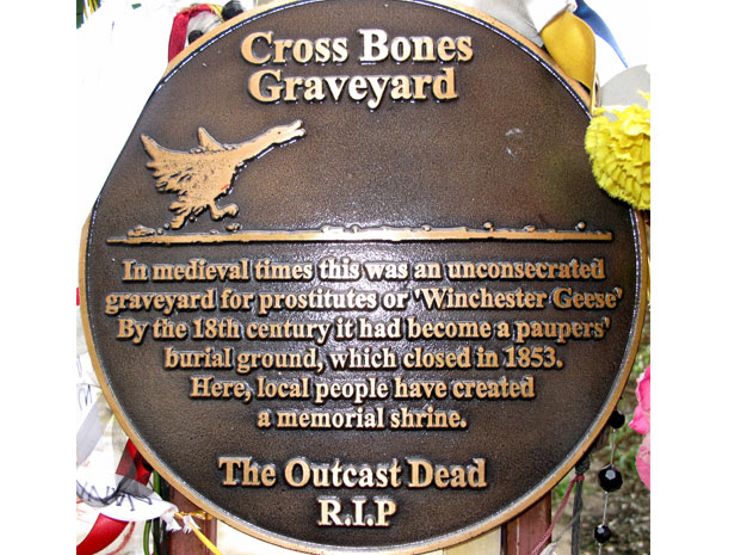 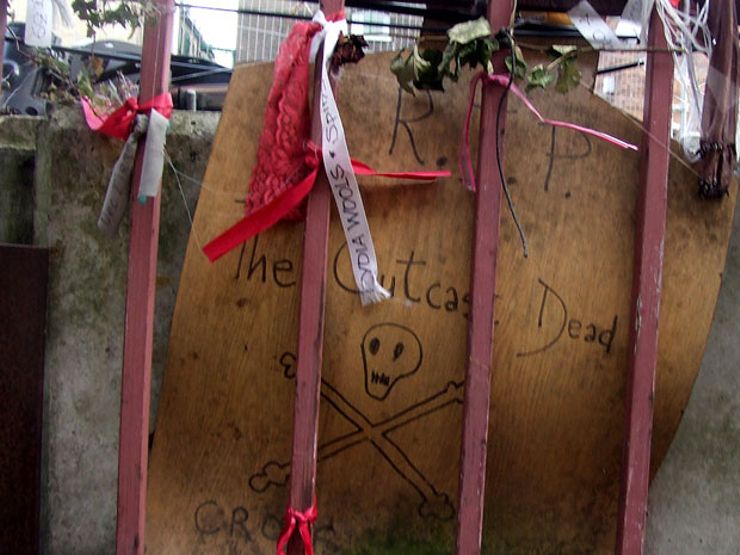 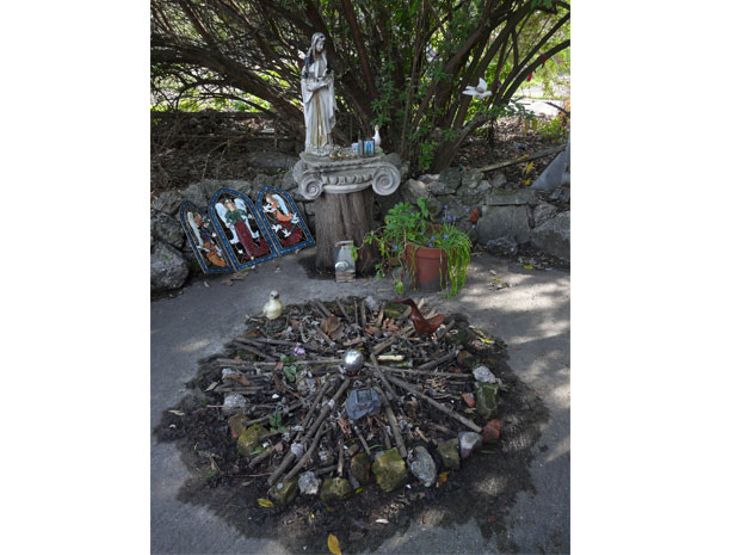 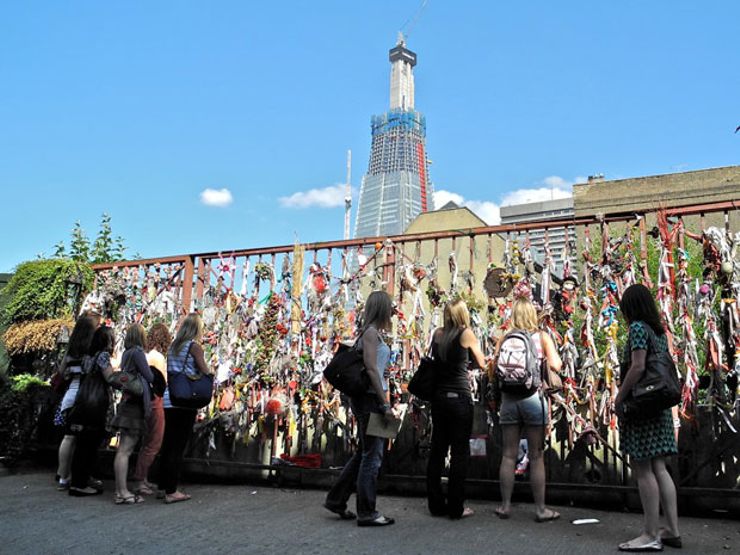