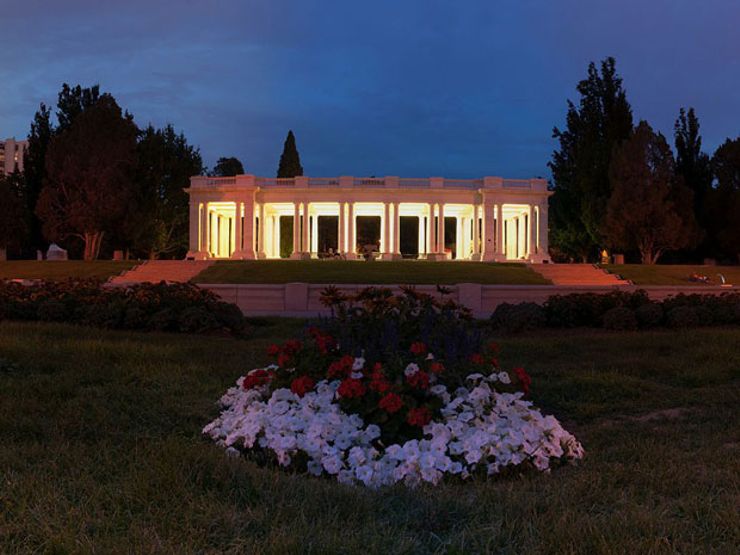 You never know what lies just beneath your feet.

By 1907, some 4,000 bodies had been exhumed from Denver, Colorado’s Mount Prospect Hill Cemetery. The sprawling burial ground, which was founded in 1859, once served as the resting place for many of Denver’s earliest residents. By the late 1880s, however, Mount Prospect Hill had slipped into disrepair. City officials wished to turn the cemetery into a public space, which they would call Cheesman Park.

But not all of the bodies made it out of the original 320-acre burial ground.

Want more creepy stories? Sign up for The Lineup’s newsletter, and get the eeriest tales delivered straight to your inbox.

Skeletons have turned up in the public park as recently as 2010. Many more remain buried there to this day. And it’s not just the physical remnants that leave present-day visitors a little spooked. Since its development, Cheesman Park has been plagued by reports of unexplained activity.

The transformation of Mount Prospect Hill into Cheesman Park dates back to 1890, when Congress authorized the city of Denver to vacate the burial ground. Surviving family members were given 90 days to move the bodies of their loved ones to a nearby cemetery. But a problem soon surfaced: Prospect Hill was also home to a number of unmarked graves of society’s “undesirables.”

The city had to make quick work of the nearly 5,000 unclaimed burial plots. It paid the E. P. McGovern Undertaking Company to remove the remaining bodies. Supposedly, McGovern began hacking the contents of the graves into pieces, and placing them in child-sized coffins for quicker and easier transport. Whether or not this particular gory detail was true, the upheaval at the cemetery was positively grisly. The Denver Republican described the scene in an article from March 19, 1893:

“The line of desecrated graves at the southern boundary of the cemetery sickened and horrified everybody … Around their edges were piled broken coffins, rent and tattered shrouds and fragments of clothing that had been torn from the dead bodies …  All were trampled into the ground by the footsteps of the gravediggers like rejected junk.” 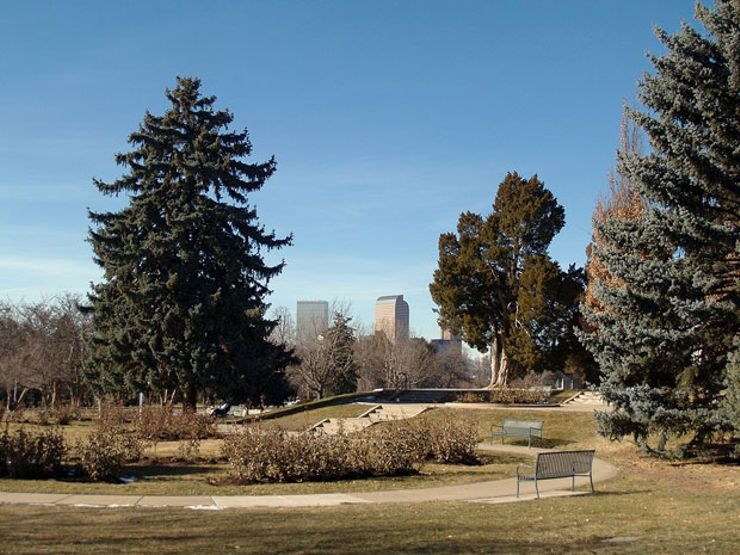 The Health Commissioner soon began an investigation into the questionable transportation methods at Mount Prospect Hill, and the process of moving the bodies was halted. For the next few years, the cemetery lay in disarray, with open graves exposed to grave robbers. Eventually, empty graves were filled with trees, to pave the way for the new park. The remaining dead, however—an estimated 2,000 people—were simply left in place.

Related: Ghosts in the Graveyard: The Haunted History of Savannah’s Colonial Park Cemetery

Accounts of otherworldly activity in Cheesman Park stretch back to when the transfer of bodies began in 1893. One gravedigger claimed to feel a strong hand fall upon his shoulder, only to turn around to find no one there. People who lived in houses lining the cemetery reported strange visitors coming and knocking at their doors, desperate for a place to stay the night, only to vanish right before their eyes.

Cheesman Park’s spooky reputation has even inspired movies like Poltergeist and The Changeling. The writer of The Changeling once lived at a house on the northern edge of the park (the house has since been razed). In the movie version of the story, the haunted home is called “Cheesman House.”

Related: 9 Lost and Forgotten Graveyards from Around the World

Visitors today report feeling a deep sense of unease in the park, with the sound of whispering or chattering as they cross empty fields. Others have seen or heard groups of giggling children. There is apparently one apparition who sings quietly to herself before vanishing. While taking a walk through the park at night, visitors are horrified to look upon what appears to be the rise and fall of phantom tombstones. Others say they feel pinned to the ground, as if being restrained.

One horrifying story tells of two friends walking through the park one night in 2005. They came across an agitated man in a hospital gown, who asked to bum a cigarette. As he came closer, the two friends noticed his jaw was broken. He asked, “Did you see them? The ones who did this to me, they stabbed me 15 times.” The eerie man showed them his bleeding wounds, then disappeared into the night.

[via: Wikipedia; blogs.denverpost.com; Legends of America]

Want more creepy stories? Sign up for The Lineup’s newsletter, and get the eeriest tales delivered straight to your inbox.