This ruined castle in Sao Paulo was once a luxurious mansion ... until it became the site of a grisly murder mystery.

Rua Apa, or Apa Street, was once home to some of the most luxurious mansions in Sao Paulo, Brazil. Among the grand abodes, one could find a house built by Dr. Virgilio Cezar dos Reis for his wife Maria Candida Guimaraes dos Reis. Construction began in 1912, supervised by architects that Dr. Virgilio brought in from France. Five years later they completed the building that would become known as the Castelinho da Rua Apa, or the Little Castle of Apa Street.

Designed to look like a medieval castle in the middle of the city, the 7,500 square-foot Castelinho boasted turrets and a distinctive tower that loomed over the structure. Inside, the house was adorned with items of luxury and comfort, from a marble staircase to carpets imported from India. The family’s enjoyment of their new home would be short lived, however. Within two decades of the castle’s completion, every member of the dos Reis family was dead.

Related: 9 Most Haunted Castles in the World

Dr. Virgilio passed away in 1937, leaving the family business in the hands of his eldest son. A disagreement is said to have arisen between the two sons about what to do with the business, but the disagreement was never resolved. Two months after the patriarch of the family passed away, a housekeeper found Dr. Virgilio’s widow and both of her sons lying dead in the house in a pool of blood. 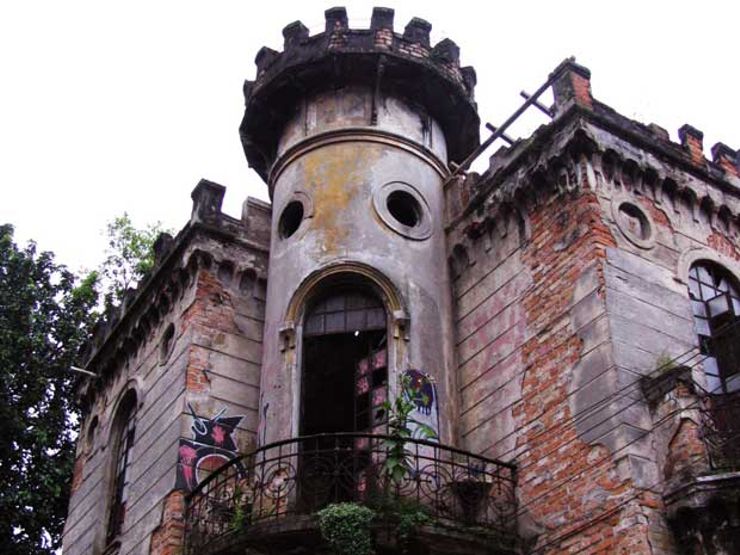 Within a year, the police announced that they had solved the crime. According to their reconstruction, the two sons had gotten into an argument about the fate of the family business. Alvaro, the elder, had gone for his gun. His mother had tried to intervene, and in the ensuing scuffle Alvaro had accidentally shot his mother, then murdered Armando, his younger brother, before turning the gun on himself.

While this may have been the official police version of events, it was riddled with inconsistencies. For starters, two different types of bullets were found within the bodies, and while some matched Alvaro’s gun, the others were from a different weapon that was never found. What’s more, Alvaro’s injuries—two shots to the chest—seemed inconsistent with suicide, while his mother Maria had been shot four times, too many for an accident.

Related: A Ghost in the Room: the Haunted History of Rocky Hill Castle

Since the whole family was dead and Brazilian law didn’t allow extended family members to inherit property, the Little Castle of Apa Street became the property of the government. It subsequently sat empty for years, languishing in neglect—and inspiring more than a few dark tales. Stories circulated that screams could be heard from the dreary house each year on the anniversary of the slayings, and a Brazilian horror movie director who was using the house as a location for a film is said to have fallen victim to an unspecified accident during shooting. 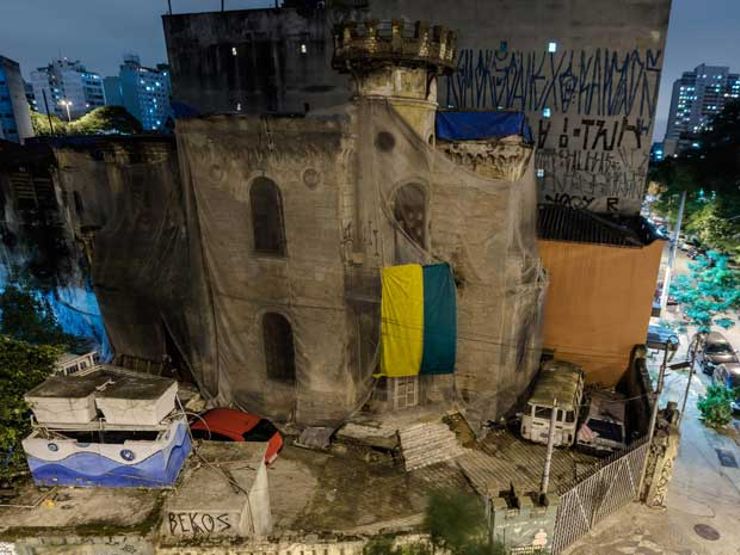 By the 1980s, the Little Castle of Apa Street, along with much of its surrounding neighborhood, had succumbed to urban decay. The neighborhood became known for its abandoned structures, drug dens, and cheap hotels where prostitution was common. Many homeless people lived nearby in tent cities. One camp resident was Maria Eulina, a woman who would later prove instrumental in saving the Castelinho, in spite of its dark and mysterious history.

Related: Franklin Castle: the Most Haunted House in Ohio

In 1990, she filed a request to have the building, which she had seen so often during her time living on the street, designated as a historic landmark. In 1997, she gained permission to operate a preservation group called the Mother’s Club; initially she operated out of a back room in the Castelinho, and later from an annex building next door.

In 2004, the Little Castle on Apa Street was finally declared a historic landmark. In 2015, Eulina received permission to raise funds and restore the castle back to its original state, using pictures taken during the murder investigation as reference.