From faulty electric chairs to defective drug cocktails, the botched executions of these death row inmates are downright chilling.

Since 1976 there have been 1,421 executions across 31 states in the US. While many critics of the death penalty point to the high cost, limited deterrence rate, and moral issues with capital punishment, many supporters vehemently defend executing dangerous offenders.

While the Eighth Amendment prohibits cruel and unusual punishment, botched executions are more common than many of us would like to think. From faulty electric chairs to defective catheters, dozens of death row inmates have suffered through their final moments. Many consider lethal injection the most humane way to end an inmate’s life, but the procedure has the highest rate of error (7.1%) as compared to firing squads (0%), the electric chair (1.9%), hanging (3.1%) and the gas chamber (5.4%). No wonder many are calling for the return of firing squads!

Below are five of the most chilling examples of bungled executions, which prompted many to call executions “cruel, inhumane and degrading treatment” and left just as many people cheering. 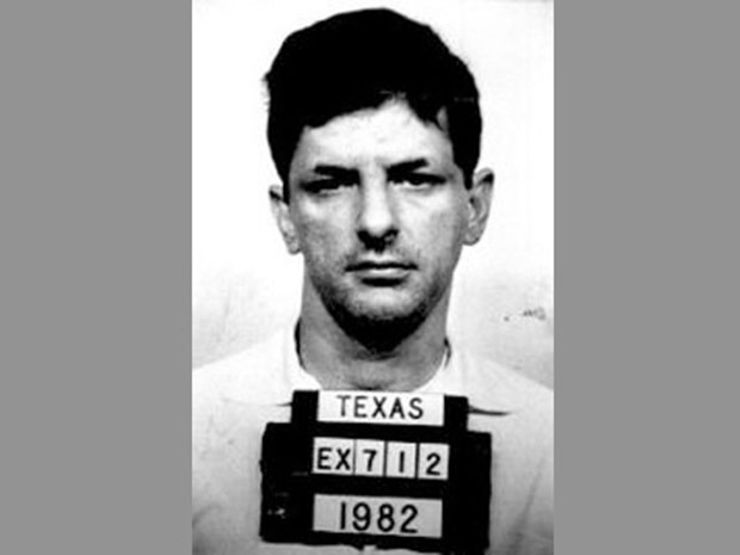 Considered a true American psycho, this serial killer earned the nickname “The Chameleon” after police discovered he had multiple aliases. The brutal mass murderer went by the name Ray Constantine, David, Robert Generoso and probably more as he killed women across at least 9 states. Adding to his instability, a severe drug addiction fueled Morin’s lust for violence. Eventually Morin was convicted for the murder of three young women and accused of killing two others, although many experts believe he could have killed at least 30 more people.

Given his violent nature, there was little sympathy for Morin when he received the death penalty. Morin was actually sentenced to die in two separate states, but the 1985 execution occurred in Texas. The means of execution was lethal injection, but Morin’s intravenous drug use made for a messy end.

Prison spokesperson Phil Guthri confirmed “the guy’s veins are shot” after it took over 40 minutes to find an appropriate vein and even then it was 11 more minutes before Morin was pronounced dead. Morin, who found Jesus in his final months, proclaimed “Lord Jesus, I commit my soul to you” as the deadly solution flowed through his veins. Following the “toughest execution” on record for the prison, the Texas Department of Corrections reviewed the procedure for administering drugs when the condemned person has a history of drug abuse. 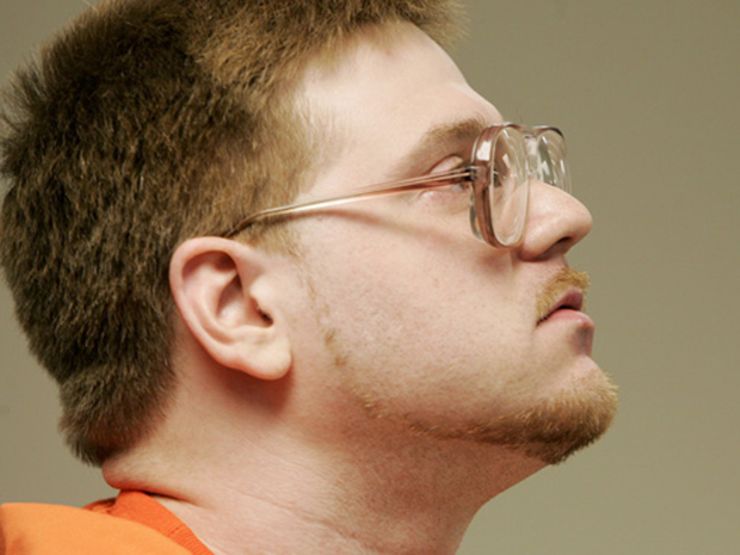 Many consider Brian Steckel a true monster. Steckel strangled, raped and sexually abused 29-year-old Sandra Long Lee with a screwdriver, then proceeded to set her on fire before she died of smoke inhalation and severe burns. It’s no surprise that Steckel was given the death penalty, especially when you consider that he sent taunting letters to the victim’s mother while he was on trial.

Much like the death of his victim, Steckel experienced a long and inhumane end. The machine used to administer the lethal injection malfunctioned while Steckel remained conscious and lucid. The IV became blocked and the secondary sedative source did not release, leaving Steckel conscious as the deadly chemicals entered his body. When the heart-stopping potassium chloride set in, Steckel felt like his veins had been set on fire. Although executions are meant to be swift and painless, Steckel’s “burning” demise didn’t seem to spark much outrage. 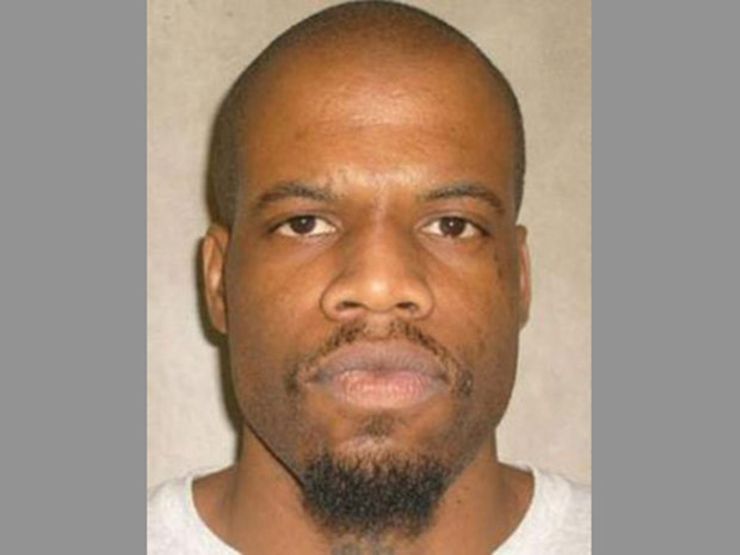 The 2014 botched execution of Clayton Lockett invigorated the national discussion about capital punishment. 38-year-old Lockett was convicted of murder, rape, forcible sodomy, kidnapping, assault and battery. Perhaps the most gruesome crime he committed was when he beat and shot a 19-year-old friend of one of his victims — a woman who had witnessed his crimes. When the witness, Stephanie Neiman, asserted that she still intended to go to the police, Lockett and an accomplice buried the teenager alive.

The day of Lockett’s execution was fraught with issues. Before the team of officers came to take him to be executed, Lockett made a noose out of sheets, cut his arm with a razor blade and ingested pills that he had been hiding. Officers tased and dragged Lockett out from his cell when he refused to leave.

The true horror happened when the lethal drugs, which had not been previous tested in the US, were administered. Lockett writhed, groaned, convulsed and spoke during the execution. The procedure took 43 minutes and Lockett even attempted to rise from the table after he was deemed unconscious. Lockett remains an example of pure evil, but his execution raised questions about the legality of using such questionable drugs. Note that at least one state bans veterinarians from using the three-drug formula used on Lockett. 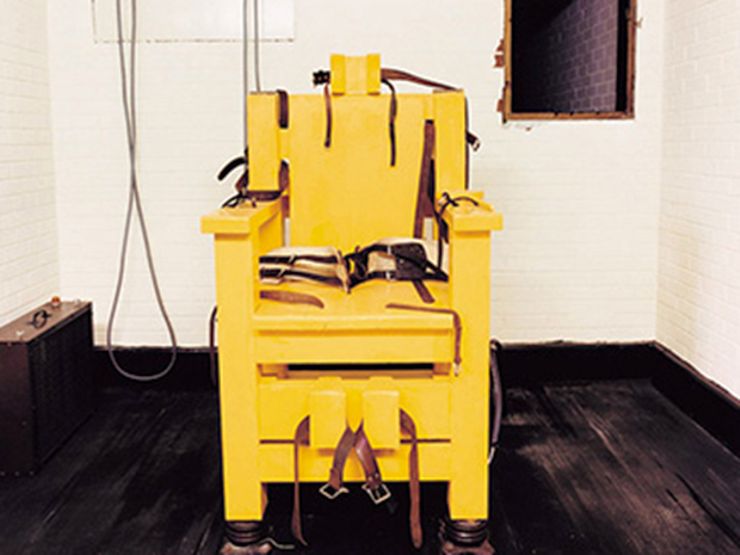 While on parole from an Indiana prison, John Evans and another convict, Wayne Ritter, went on a two-month-long crime spree. The duo committed 30 armed robberies, nine kidnappings and two extortion schemes across seven states. The criminal pair took deadly action on January 5, 1977, when they robbed and killed a pawn shop owner, Edward Nassar. To add to the terrifying crime, the shop owner’s daughters were in the store when their father was shot in the back.

Like the rest of the offenders on our list, Evans showed little remorse for his acts and even admitted that he would kill again if given the chance. After only 15 minutes of deliberations, the jury convicted Evans of the capital offense charge. The execution that followed was imprecise and is often named as a reason to end state executions.

Evans was put to death in an electric chair, nicknamed “Yellow Mama,” that was constructed by an inmate in 1927. The botched execution was carried out in 1983, although “Yellow Mama” had not been in use since 1965. The chair passed 1,900 volts of electricity through Evans’ body for 30 seconds when sparks began to fly from the chair and Evans caught on fire. The witnesses saw Evans clutch his fists, smoke pour out from under the hood covering his face and his body slam against the chair. The room quickly smelled like burning flesh and two doctors determined that Evans was still alive. A third charge of electricity was needed to kill Evans after a request for clemency on the grounds of cruel and unusual punishment was denied. It doesn’t get much more botched than that. 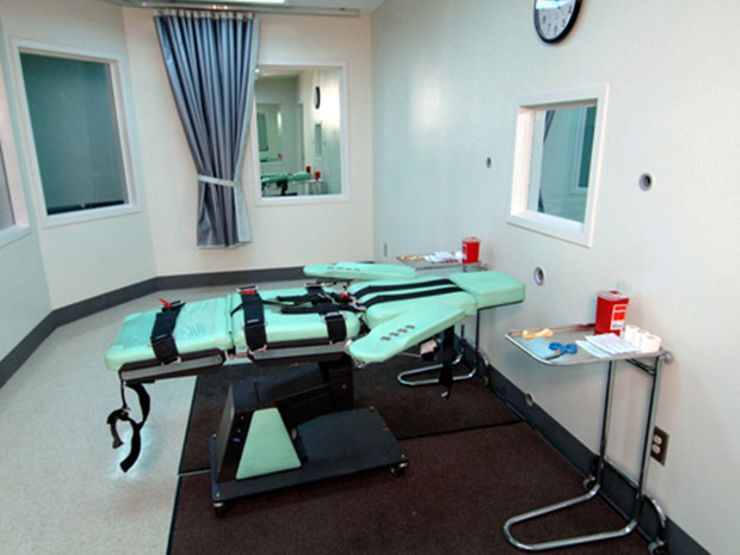 Stephen McCoy was convicted of killing Cynthia Johnson while she was driving home from a New Year’s Eve party in 1981. The 18-year-old victim was abducted on the freeway after her car broke down. McCoy and two other men, James Paster and Gary LeBlanc, acted together with McCoy, raping Johnson and then strangled her with an electric cord. The prosecutor, George Lambright, summed up his view on McCoy:

To the shock of state officials, McCoy had a particularly violent reaction to the chemicals used in his lethal injection. After the drugs were administered, McCoy began to chock and seize. Following the messy affair, two executioners acknowledged that McCoy “seemed to have a somewhat stronger reaction,” and noted that “the drugs might have been administered in a heavier dose and more rapidly.”

Father-Son Team Accused Of Stealing $41,000 Worth Of Chicken Wings