Honky Tonk of Horrors: The Bloody Past of Bobby Mackey’s Music World

In the small blue-collar town of Wilder, Kentucky, just south of Newport and across the mighty Ohio river from Cincinnati, sits one of the most fascinating establishments in the United States, Bobby Mackey’s Music World. Nestled along the east bank of the north-flowing Licking River, the iconic destination at 44 Licking Pike has something for everyone: classic country music, cold beer and hard liquor, a mechanical bull, cowboys and cowgirls, ghosts and demons, perhaps even a portal to hell.

What makes Mackey’s so intriguing is the juxtaposition of light and dark, day and night, good and evil. It is a place filled with laughter and gaiety, happiness and music—the kind of place people go to have a good time. But Bobby Mackey’s is haunted, and not just garden-variety haunted: along with a number of more-or-less benign spirits, dark things linger in the shadows, revealing themselves occasionally in shocking, even dangerous ways.

The building’s history is one of blood, murder, suicide, gangsters, gambling, showgirls, rumored Satanism, and colorful characters galore—each with a fascinating story to tell. The ground Mackey’s sits upon was contested by Native Americans for centuries. Access to the river and the fertile land it nourished was a privilege hard fought between the Cherokee and Shawnee tribes. 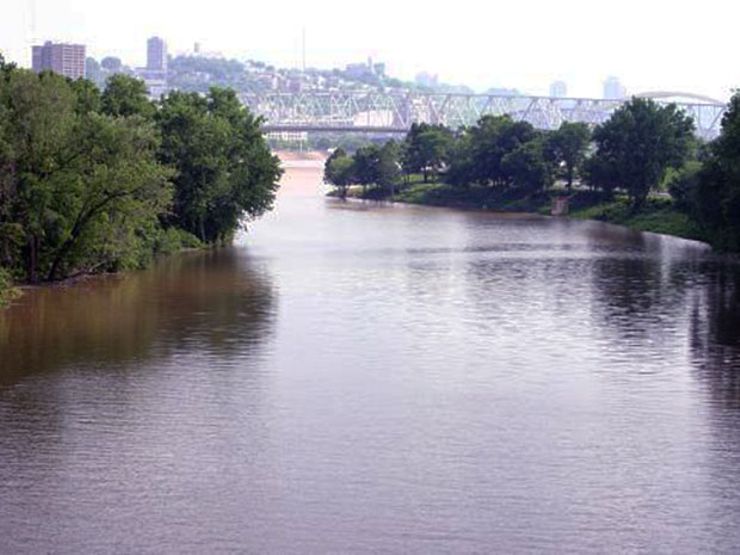 The mouth of the Licking River, where it joins the Ohio River

White settlers arrived in the 1700s and the area came to be called Leitch’s Station, after Major David Leitch, who was given land for his service in the American Revolutionary War. The “Wilder” name dates to a railroad station built by the Louisville, Cincinnati and Lexington Railway in the mid-1800s and named after a company executive. The railroad facilitated the spread of farming and manufacturing and the region prospered and grew.

A slaughterhouse was built on the site in the 1850s, where uncountable thousands of animals were “processed,” untold gallons of blood drained along with the life force from their bodies. Before the EPA and government waste disposal regulations, all this material was simply funneled through a sluice dug from the building down to the river, which ran a very creepy red each time there was a dump from the slaughterhouse.

The slaughterhouse shut down in the mid 1890s, but the land and the water seemed to have developed an unquenchable thirst for blood. 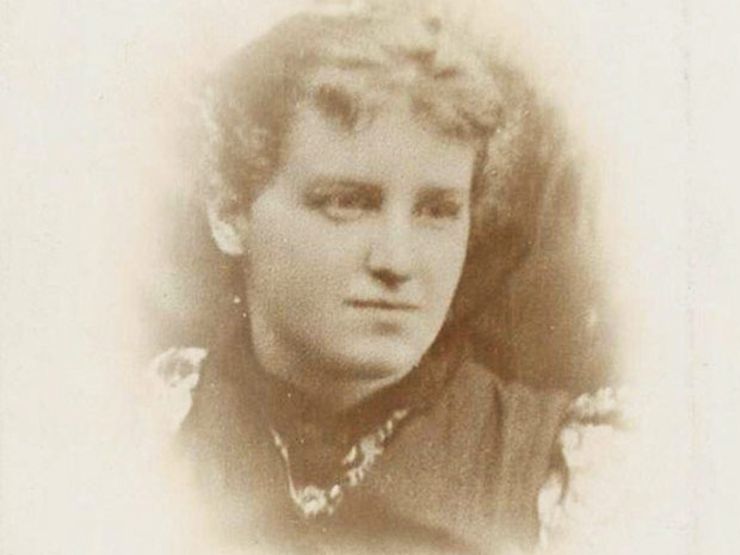 In 1896, a lovely and vivacious young woman named Pearl Bryan, 22 and pregnant, was brutally murdered and decapitated near the site. Legend has it the pair convicted of her murder, Bryan’s boyfriend Scott Jackson and accomplice Alonzo Walling, threw her head into the sluice as a sacrifice to Satan, opening a “portal to hell” that now sits uneasily in the basement of Bobby Mackey’s.

Related: WHO KILLED PEARL BRYAN AND WHERE IS HER HEAD?

The derelict slaughterhouse was torn down and a roadhouse was built on the spot, which became a speakeasy during Prohibition, 1919-1933. In the later ‘30s, E.A. “Buck” Brady, an alumnus of the infamous George Remus bootlegging operation, built a sleek red-and-white showpiece adorned with marble floors and crystal chandeliers called the Primrose. The club proudly featured a five-star restaurant and five floor shows a night. The Primrose was a place of celebration and life with music and dancing, food and drink.

The Primrose was so successful it drew business away from the nearby Beverly Hills Country Club, owned by Newport crime group, the “Cleveland Syndicate,” who sent in enforcer Red Masterson to “persuade” Brady to sell. Brady decided to be proactive and ambushed Masterson in a parking lot, shooting but not killing him. Masterson recovered, Brady was tried for attempted murder, convicted of a much lesser crime when Masterson wouldn’t testify against him, and realized the writing was on the wall. The Cleveland Syndicate took control in 1947 and opened the Latin Quarter Supper Club, as Brady retired to Florida. 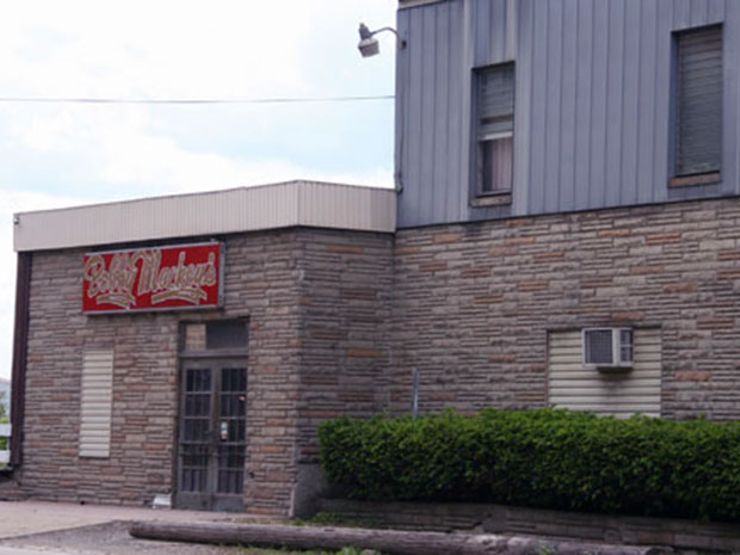 The Latin Quarter was even more successful than the Primrose, an entertainment mecca that rivaled the finest establishments in the country. An illegal casino business ran profitably along with the fine dining and dancing. It was during this time that another legendary tragedy befell the building. The beautiful and talented Johanna, a popular club dancer, fell in love with crooner Robert Randall, who was smitten by her exotic charms.

The romance blossomed much to the dismay of Johanna’s gangster father, who forbade the couple from seeing each other. When they refused to give up their relationship, Johanna’s father had Randall killed. More blood offerings to the darkness at the club. The enraged and heartbroken Johanna tried to poison her father as revenge for her lover’s death and then poisoned herself in her dressing room in the basement of the Latin Quarter.

Related: 9 REAL HAUNTED HOUSES YOU CAN ACTUALLY BUY … IF YOU DARE

This tragedy, if it actually happened, didn’t deter the success of the club. The mob’s reign lasted until 1961 when authorities finally clamped down on organized crime in the area, destroying gambling equipment and shutting the club down for good.

After that, a series of seedy bars sat on the site, all magnets of sin and violence, before it metastasized into a biker bar, the Hard Rock Cafe (most definitely not affiliated with the international chain), in the early ‘70s, but a series of shootings and general disreputability eventually closed it down. 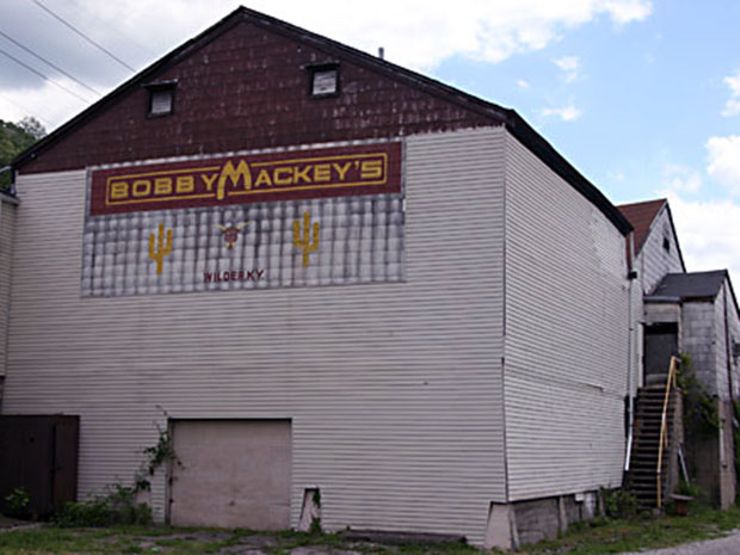 Regional country music star Bobby Mackey bought the place in the spring of 1978 with the intent of opening up a live music venue, a place for classic country entertainment, a place where he could perform whenever he wanted in a roomy but intimate atmosphere, up close and personal with the fans. It was a place he could literally call his own. But even before the doors opened to the public, paranormal activity began.

Janet Mackey, Bobby’s first wife, knew immediately that something wasn’t right about the building. She was attacked by an unseen force inside the club. Handyman Carl Lawson was a target as well, apparently possessed by an entity intent on destroying him. The apparition of a mysterious but helpful woman in white appeared outside the club, and another was reported inside.

A mysterious cowboy lurks in the basement, shadowy silhouettes peek out from hidden rooms, disembodied cries shatter the silence—anomalous happenings abound in every corner of the club. But it is the malevolent forces that are the most worrisome: the ones that pick up grown men and fling them like rag dolls across the room, scratch and push, possess and oppress.

Bobby Mackey’s Music World is rife with spirits—some say as many as 40—and no amount of cleansing or blessing will chase off the vast amount of paranormal energy that has taken root in the land and building. So come for the music, the fun, the good times, the ghosts, but be warned: this is one place where reality exceeds reputation among America’s Most Haunted.

This excerpt from America’s Most Haunted: The Secrets of Famous Paranormal Places was published with permission.

Read more on America’s Most Haunted