Here at The Lineup we have an insatiable hunger for true crime. We suspect you’re just as obsessed. That’s why we rounded up the best true crime tales of 2016.

From notorious kidnapping cases to the Victorian boy murderers of London, these horrifying true crime tales are sure to keep you glued to your reading chair.

In 1899, a white man offered a piece of candy to brothers George and Willie Muse on a tobacco farm in Truevine, Virginia. But his intentions were far from caring. Soon, young George and Willie, two albino African-American brothers, were kidnapped and put into the circus. They were forced to perform as cannibals Eko and Iko, among other disturbing, racist characters. In this gripping true crime account, Beth Macy tells the story of George and Willie’s kidnapping, and their mother’s 28-year struggle to get back her boys. 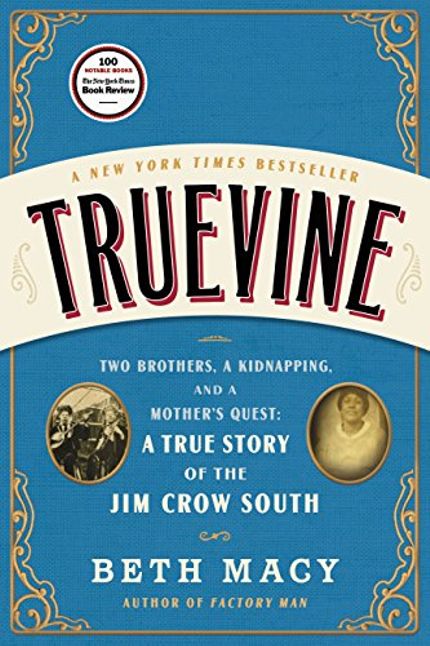 From Adnan Syed’s friend Rabia Chaudry comes a new perspective of the murder case featured on the immensely popular Serial podcast. In 2000, high school senior Adnan Syed was convicted of the murder of his ex-girlfriend Hae Min Lee and sentenced to life in prison. As Serial revealed to millions of listeners, there are serious doubts about Adnan’s guilt. In this book, Chaudry unearths even more evidence against the state’s case, including a new suspect, revealing cell phone records, and more on Hae’s abduction and murder. 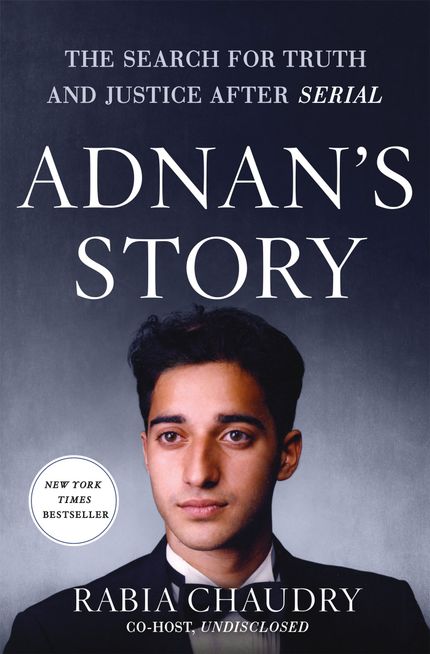 For many, the 1974 kidnapping of Patty Hearst by the SLA defined an era. The granddaughter of publishing giant William Randolph Hearst, young Patty’s abduction dominated headlines. But then news surfaced that Hearst had joined her captors in their renegade revolution, raising questions about her capture, culpability, and mental state. From the author of The Run of His Life, on the trial of O.J. Simpson, American Heiress is the definitive true crime account of one of America’s strangest and most notorious cases. 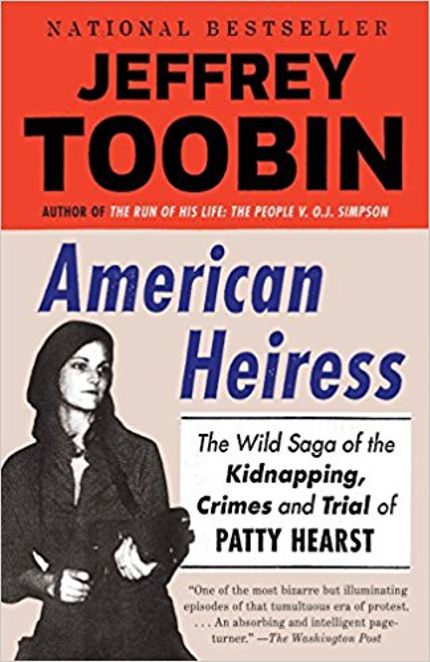 Who Killed These Girls? The Yogurt Shop Murders, by Beverly Lowry

In 1991, four young female employees were murdered in a yogurt shop in Austin, Texas. Each had been shot, execution-style, their bodies bound and gagged. To this day, the heinous crime remains unsolved. In this fascinating account, Beverly Lowry explores the tragic repercussions of this baffling cold case, one that continues to haunt the Austin community and the families of the victims. 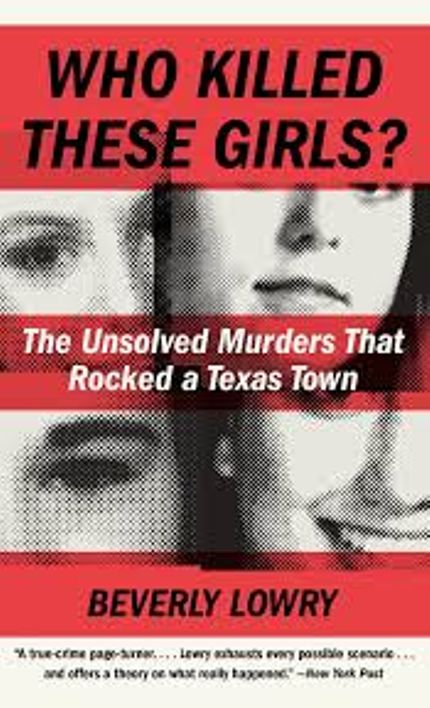 The Wicked Boy: The Mystery of a Victorian Child Murderer, by Kate Summerscale

The Wicked Boy: The Mystery of a Victorian Child Murderer

In the summer of 1895, wealthy patrons in Victorian East London were met with a curious sight: a pair of young boys, siblings, living the high life in upscale restaurants, coffee houses, and theaters. With their mother nowhere to be found, the boys’ aunt was called to investigate. After forcing her way into the brothers’ home, the aunt made a grisly discovery. Lying in an upstairs bedroom was the badly decomposed corpse of the mother. She had been stabbed to death. The tale of the “boy murderers” gripped England. One pleaded insanity, pitting brother against brother. Kate Summerscale’s fascinating book focuses on the crime and its aftermath for Robert, the elder brother, who despite being sentenced to a lunatic asylum at 13, eventually managed to turn his life around. 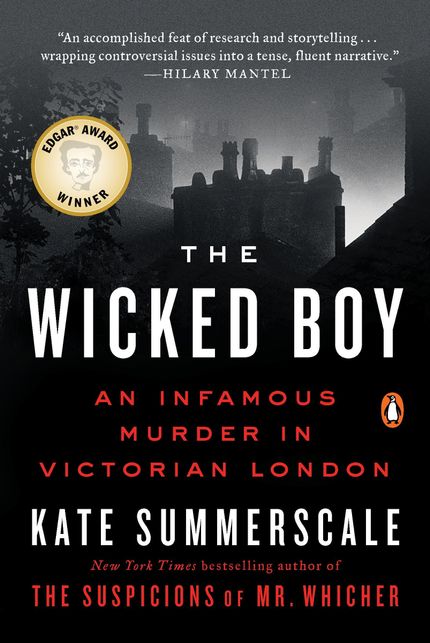 In 1992, Carnegie Mellon University student Emily Winslow was brutally raped by a male attacker. Despite an exhaustive search, the suspect was never brought to justice. Winslow moved on with her life—but in 2013, she received the shocking news that her rapist had been found. In this personal memoir, Winslow recounts her sexual assault and the years of knowing her attacker was still out there … and the redemption of meeting a fellow victim, now no longer Jane Does, thanks to DNA evidence and unrelenting police work. 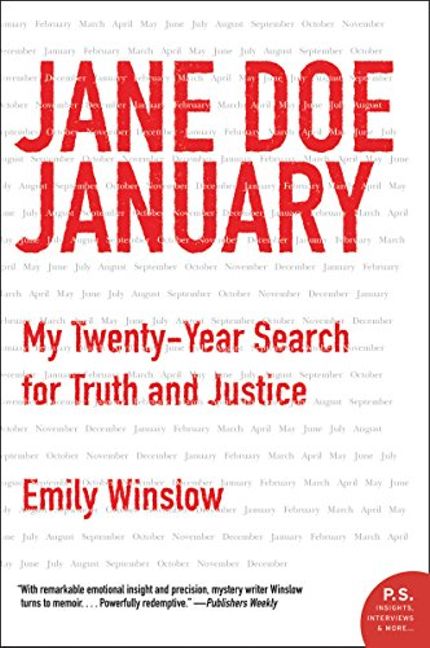 If you crave serial killers profiles, you’d be hard pressed to find a better compendium than Robert Keller’s two volume series about the worst murderers to have ever walked the Earth. A self-described “true crime junkie,” Keller’s unflinching look at these cases will thrill even the most hardened reader. Volume one contains the likes of David Berkowitz, Ted Bundy, Jeffrey Dahmer, and John Wayne Gacy. Volume two has H.H. Holmes, Edmund Kemper, and more, bringing the grand total to 24 in-depth profiles. 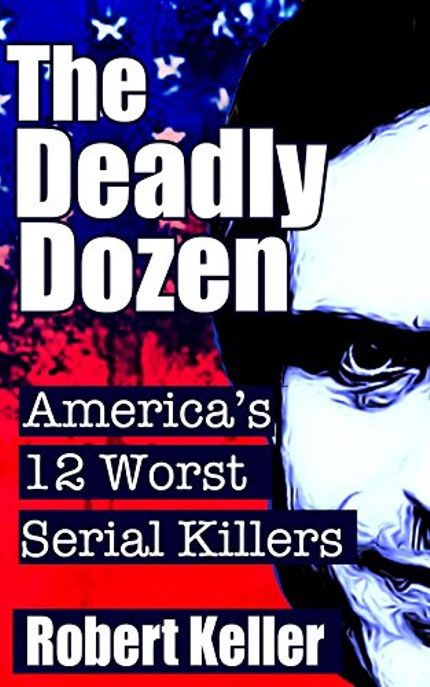 Want more true crime? Sign up for The Lineup's newsletter, and get our creepiest cases delivered straight to your inbox.

The Midnight Assassin, by Skip Hollandsworth

Often called “America’s first serial killer,” the Midnight Assassin terrorized Austin, Texas in 1884, murdering women with axes, knives, and whatever other weapon was available. Also known as the “Servant Girl Annihilator,” the killer claimed eight definitive victims. Despite 12 men being questioned, the perpetrator behind the bloody reign was never found. Hollandsworth’s expertly researched book is a must-read for true crime fans of historic American mysteries. 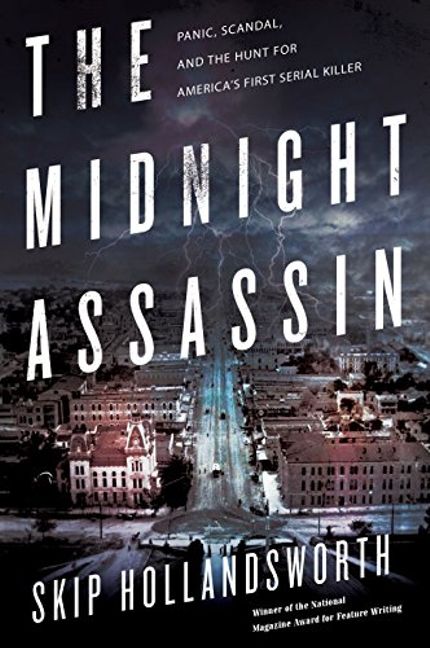 In 2011, Laura Ackerson went to pick up her two young sons in North Carolina. She was never seen alive again. When police made the grisly discovery of Laura’s dismembered body along the banks of Oyster Creek in Texas, they knew foul play was afoot. Diane Fanning’s true crime account dissects the disturbing story of a custody battle gone wrong as Grant Hayes, Laura’s ex, and Grant’s wife Amanda each claim that the other is responsible for Laura’s murder. 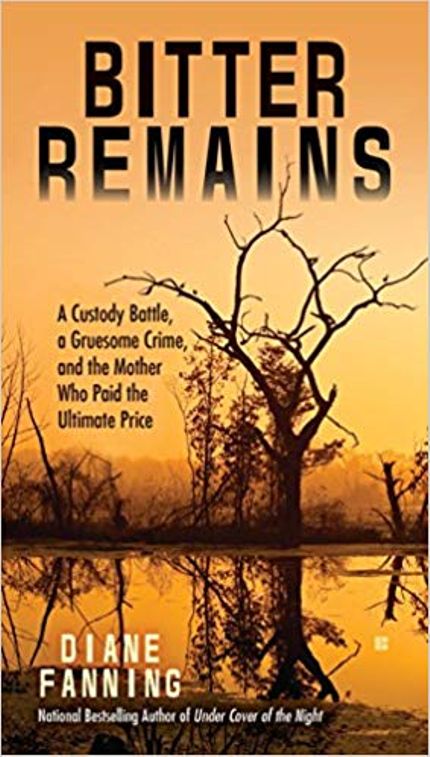 Murder in the Bayou, by Ethan Brown

Murder in the Bayou

Over the course of four years, the bodies of eight women were discovered in the depths of the bayou of Jefferson Davis parish in Jennings, Louisiana. Known as the “Jeff Davis 8,” authorities and the public alike were desperate to know the truth behind the murders, and whether a serial killer was on the loose. Ethan Brown’s investigation, however, reveals a sinister reality: These women were the victims of a brutal sex and drug trade, fueled by the social and racial divisions that plagued the Jennings community. 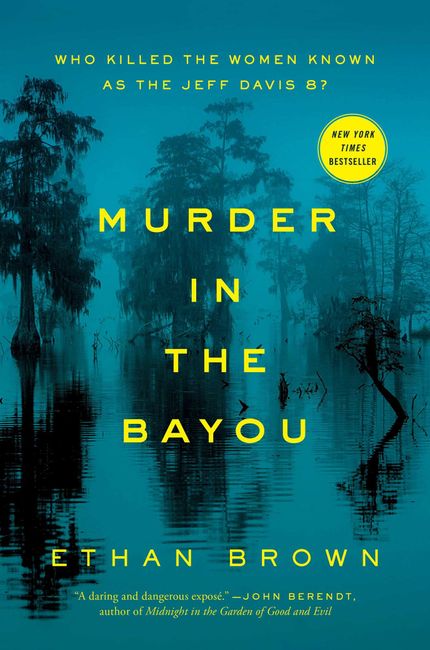 We Are Not Such Things, by Justine van der Leun

We Are Not Such Things

In the tense days at the end of Apartheid in South Africa, 26-year-old American Fulbright Scholar Amy Biehl was murdered by a mob of black Cape Town residents. The crime was front-page news, and Amy’s parents’ forgiveness of the four men convicted of killing her made it even more sensational. But when journalist Justine van der Leun went to write the definitive account of the case, she found more questions than answers, suggesting that Biehl’s murder had become part of a much larger story about the past and future of South Africa. 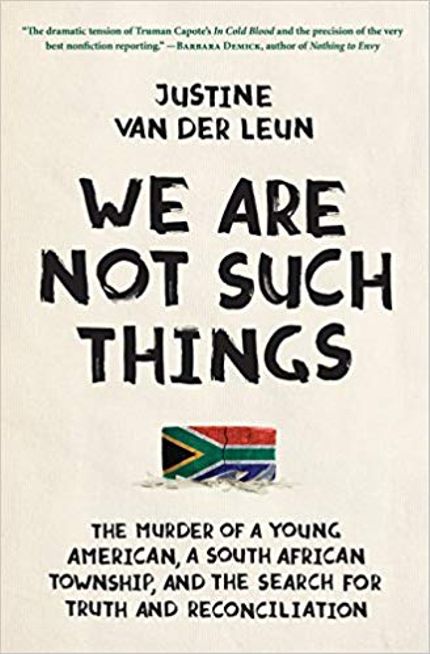 Want more true crime? Sign up for The Lineup's newsletter, and get our creepiest cases delivered straight to your inbox.

Devil in the Darkness, by J.T. Hunter

Devil in the Darkness

From the late 1990s until he was brought to justice in 2012, Israel Keyes tore through the United States, leaving a trail of murder, rape, and robbery in his wake. Though he was only definitively linked to three murders, police believe he was responsible for as many as eight, and potentially more. In this true crime account, author J.T. Hunter explores Keyes’ brutal slaying—crimes for which he never served time. Just a few months after his arrest, Keyes committed suicide while in police custody. 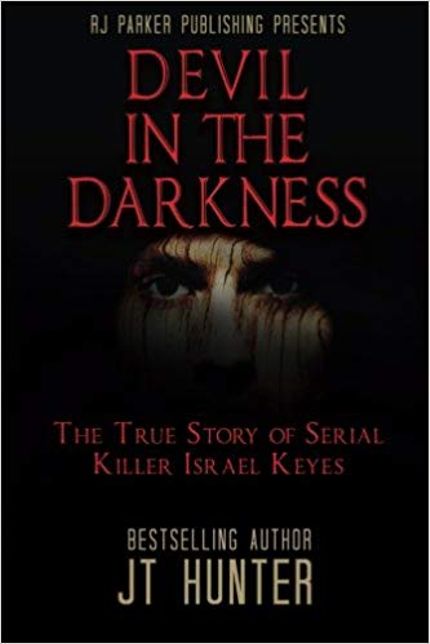 While the City Slept, by Eli Sanders

While the City Slept

Journalist Eli Sanders converts his Pulitzer Prize-winning coverage of the 2009 crime that shocked Seattle into a book in While the City Slept. On a hot night in July, a troubled man named Isaiah Kalebu broke into the home of Teresa Butz and Jennifer Hopper. Kalebu then raped, tortured, and stabbed the couple. Hopper survived; Butz did not. Sanders crafts a compassionate account of the case, profiling the lives of both killer and victims and making a heartfelt plea for mental health reform. 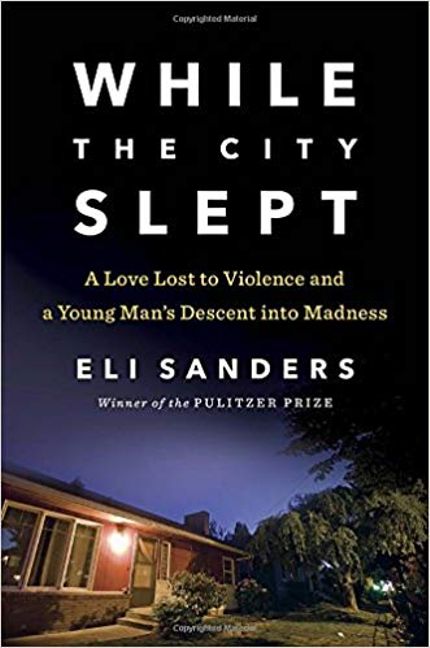 She seemed like the perfect child. Born to Asian immigrants, young Jennifer Pan was a hardworking student studying to become a pharmacist at the University of Toronto. But when Pan’s parents discovered she’d been living a lie, they were shocked. Soon after the revelation, Pan concocted a diabolical plan to kill both her parents. Court reporter Jeremy Grimaldi traces the story of a daughter’s ultimate betrayal. 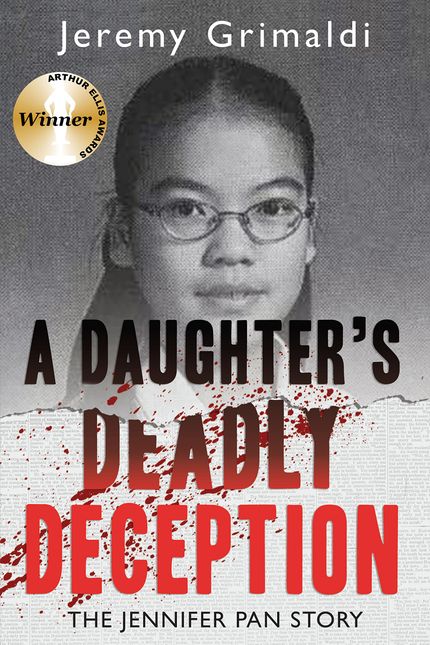