This desolate burial ground outside of downtown Chicago is said to be one of the most haunted places in the country.

In the Chicago suburbs, screened from the city by the nearby Rubio Woods Forest Preserve, lies an abandoned graveyard widely believed to be the most haunted place in the region. Over the years, more than a hundred different hauntings and otherworldly encounters have been reported in Bachelor’s Grove Cemetery, from floating orbs of light above gravestones to a phantom farmhouse and a two-headed apparition.

Once part of a larger settlement, the land that became Bachelor’s Grove Cemetery was set aside for use as a burying place in the 1800s, when the body of its first permanent resident was interred there. The cemetery was originally called Everdon, in honor of Samuel Everdon who donated the property. According to those who lived and worked near the cemetery, it was once much like a park, with the nearby lagoon used for fishing and swimming. 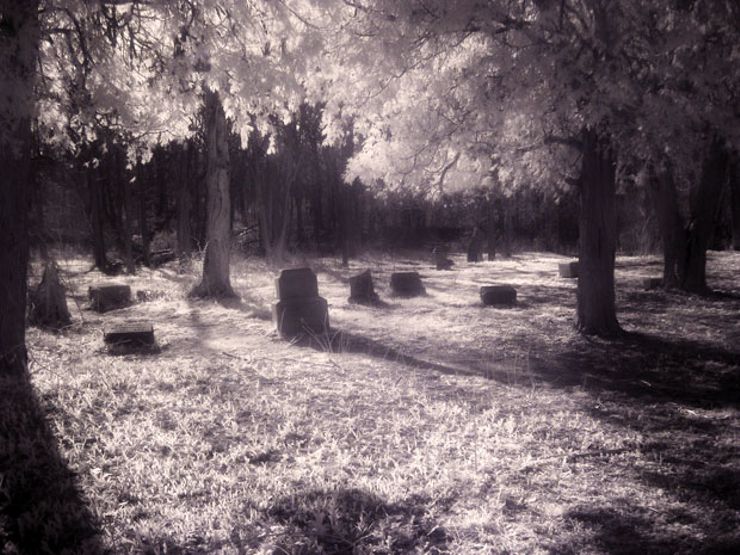 Reports of the paranormal began surfacing in the 1950s, though Bachelor’s Grove had already earned a sinister reputation. Gangsters from the 1920s and 30s allegedly used the area to dump bodies and hide illegal firearms.

By the 1960s, the number of funerals at Bachelor’s Grove had dwindled to near zero. By the time the final burial took place in 1989, vandals began raiding the site at night, knocking over and stealing headstones. According to some, coffins were even dug up and corpses desecrated.

As Bachelor’s Grove slipped into abandonment, reports of nefarious activity intensified. Forest rangers patrolling the area reportedly found the remains of animals that had been ritualistically mutilated, along with other evidence of occult activities. Several people reported seeing satanic rituals carried out in the cemetery, complete with animal sacrifice. 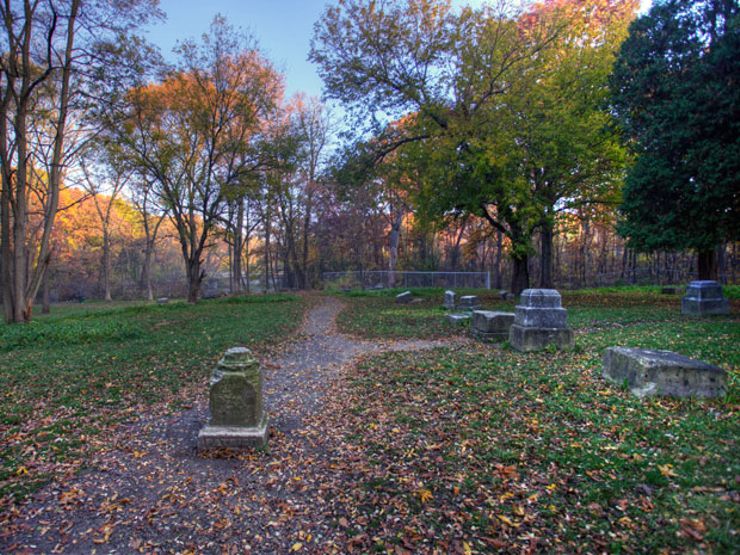 The number of ghostly encounters grew as well. Some of the earliest reported phenomena involved orbs of blue light appearing above graves and seemingly moving with intelligence. Another strange tale tells of a phantom farmhouse. Though seldom seen in the same place twice, the building is said to almost always appear as a white homestead with wooden columns and a porch swing on the front porch and a lantern burning in the window. If one tries to approach the phantom structure, however, it starts to shrink, receding with each step until it disappears altogether.

Related: 9 LOST AND FORGOTTEN GRAVEYARDS FROM AROUND THE WORLD

The cemetery’s nearby lagoon plays host to a well-known haunting as well. Many have seen a ghostly farmer and his horse still pulling a plow along its banks. The sighting stems from the legend of a local farmer who drowned in the lagoon alongside his horse in the 1870s. 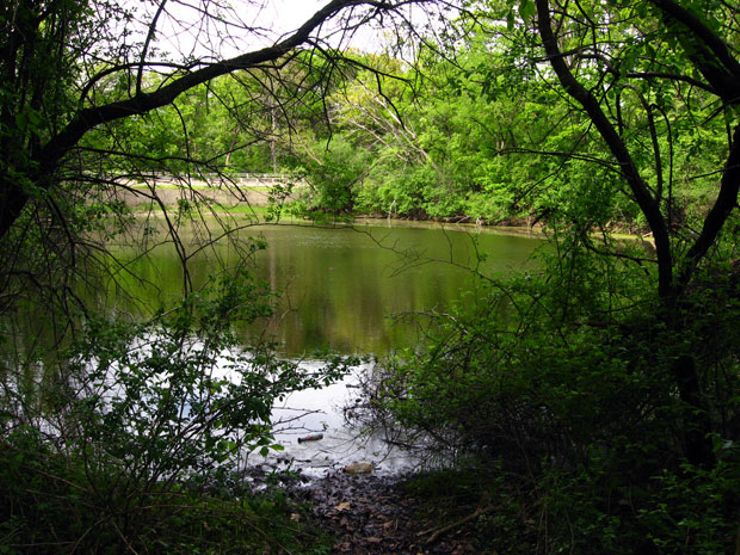 So the story goes, the horse rushed into the lagoon without reason, dragging the farmer to his death. Encounters of a two-headed creature emerging from the lagoon at night have led some to believe that the vision is actually the half-formed apparition of the farmer and his horse.

Other common ghostly sightings in Bachelor’s Grove Cemetery include a “white lady” who carries her infant through the grounds under the glow of the full moon, figures dressed in robes, a mysterious black dog, and a light like a “red skyrocket” that speeds up and down the trail leading to the entrance of the cemetery. Nor are the hauntings restricted just to the burying ground—the nearby roads have also been the site of numerous reports of vanishing or phantom vehicles.

Photo of the Madonna of Bachelor’s Grove via Bachelors-Grove.com

Unsurprisingly, Bachelor’s Grove is a favorite midnight destination for legend trippers and ghost hunters alike. Several people have returned with what they consider photographic evidence of the supernatural. Perhaps the most striking is a picture taken in 1991 by members of the Ghost Research Society that shows a woman sitting on a gravestone in the cemetery. Dubbed the “Madonna of Bachelor’s Grove,” the photograph has been published in both the Chicago Sun-Times and the National Examiner and is one of the most famous—or infamous—paranormal photos of all time.