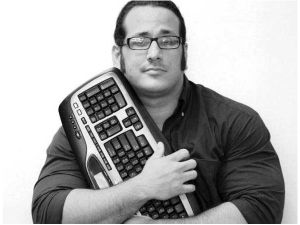 Gabino Iglesias is a writer, editor, translator, and book reviewer living in Austin, TX. His fiction has appeared in the New York Times, NPR, the Los Angeles Times, the Los Angeles Review of Books, Electric Literature, Vol. 1 Brooklyn, Criminal Element, The Brooklyn Rail, Heavy Feather Review, PANK Magazine, The Collagist, and many other print and online venues. He is the book reviews editor for PANK Magazine, the TV/film editor at Entropy Magazine, and a columnist for LitReactor and CLASH Media. You can find him on Twitter at @Gabino_Iglesias.

Fear is a universal language.