In the shadow of Mount Fuji is a mysterious forest where hundreds of souls have ended their lives.

Mount Fuji, the highest mountain in Japan, is a natural wonder that beckons 200,000 to 300,000 climbers a year. Adventurers are eager to conquer the mountain’s snow-capped peak—a high point in anyone’s life. But lurking in Mount Fuji’s shadow is a sinister attraction with its own set of visitors who arrive but often never leave.

RELATED: 11 HAUNTED FORESTS YOU SHOULD NEVER, EVER STEP FOOT IN

The primeval forest at the base of Mount Fuji is Aokigahara, also known as the Sea of Trees or Japan’s suicide forest. Japanese mythology has long associated the site with spirits and demons. Unsurprisingly, paranormal activity is high here, with visitors reporting eerie sensations and encounters with ghosts—especially the tortured souls of the many suicide victims who took their lives among the trees. 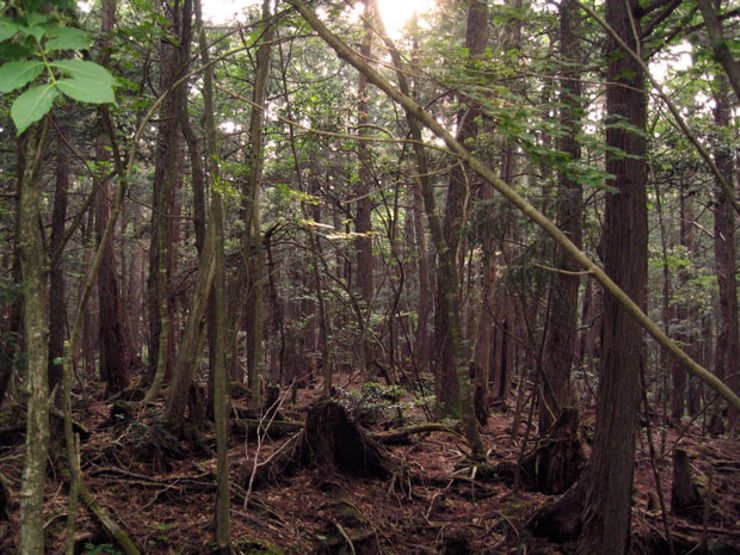 Aokigahara is the second most popular place in the world for suicide, second only to the Golden Gate Bridge in San Francisco, California. As many as 100 bodies in a single year have been recovered from the forest, though the Japanese government has since stopped reporting numbers to downplay the forest’s reputation and to prevent even more suicide attempts. Signs in Japanese are installed at the forest’s entrance, beckoning the depressed to reconsider and seek help.

Much of Aokigahara’s mysterious atmosphere can be attributed to its unique natural state. Densely packed Japanese hemlock and cypress trees block out sunlight and muffle sound, while a thicket of moss blankets the ground. Since Aokigahara sits at the foot of an active volcano, its forest floor consists of iron-rich volcanic rock. These mineral deposits make it difficult for compasses to work properly, and subsequently, it’s easy to lose one’s way. Hikers are instructed to stay on the trails to avoid getting lost. 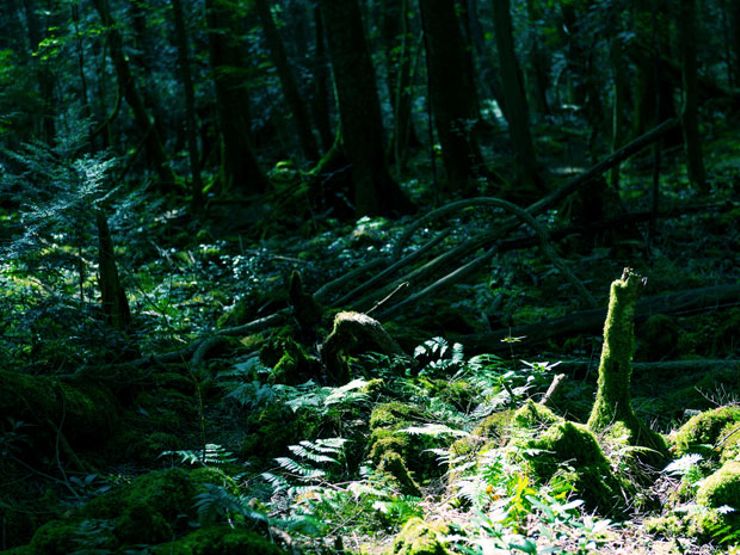 Trekking through the forest, one may stumble across an unfortunate soul’s shoes, articles of clothing, or worse—decomposing bodies and skeletal remains.

The government tries to avoid such morbid discoveries by sending out search parties for suicide victims once a year. Yet they’re unable to delve into the forest’s numerous nooks and icy caverns. Supposedly, the Japanese crime organization Yukuza has taken advantage of this fact; rumor has it that they solicit the homeless to search for corpses and rob them of valuables in exchange for cash. 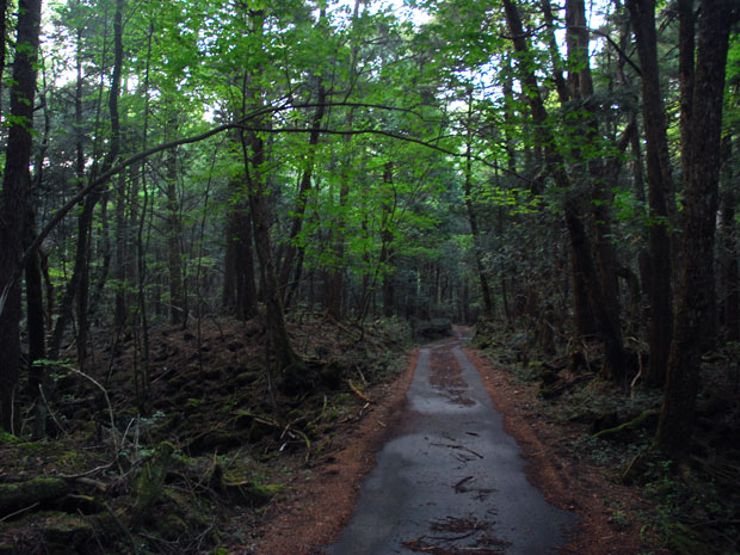 Clearly, Aokigahara continues to cast its dark spell upon the world. If you ever travel to the Sea of Trees, prepare for a haunting journey that comes dangerously close to the afterlife.