Riddled with Ghosts: The Haunted Rooms of The Ancient Ram Inn

Care for a visit? 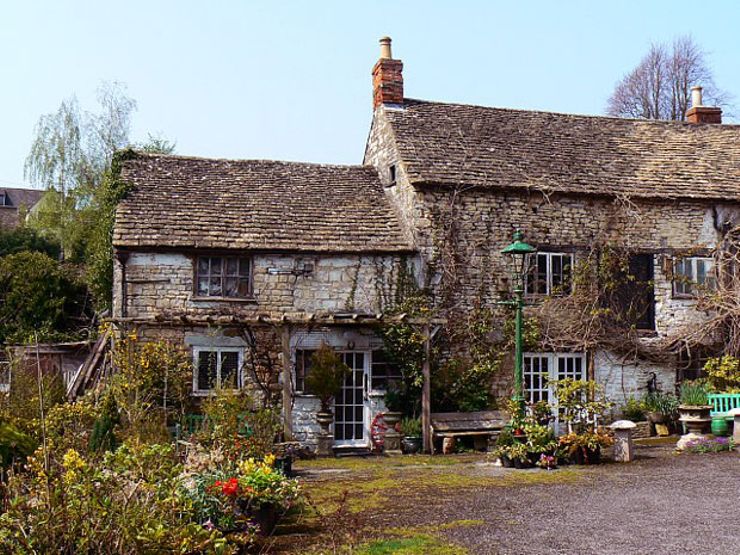 The Ancient Ram Inn, in Gloucestershire, England, has the amazing distinction of being nearly 900 years old. Yet there's a dark side to all of that history. The Ancient Ram Inn is reportedly home to a shocking number of ghosts that refuse to check out. Guests have been so scared by their encounters with the other side, that they have even jumped out of windows to escape the terror.

Located in the village of Wotten-under-Edge, Ancient Ram looks perfectly cozy and quaint. But the structure, which was built in 1145, sits on an alleged pagan ritual ground. Researchers and visitors alike believe this inauspicious origin is a primary contributor to the inn's paranormal activity. The site was then used to house the clergy at the local St. Mary’s Church, before being passed down to new owners. In the early 20th century, it was converted to the inn it is today. At that point, guests had the opportunity to step inside, and experience the inn's haunted history for themselves.

Want more real-life haunted houses? Sign up for The Lineup's newsletter, and get our eeriest tales delivered straight to your inbox.

John Humphries is the owner, as well as a long-time resident of the Ancient Ram. In 2013, he admitted to the Daily Mail UK that, “the whole house is absolutely terrifying.” On Humphries’ first night at the inn, he remembers being dragged out of bed by a spirit and thrown across the room. Humphries’ wife and three daughters have all moved out of the haunted house, each with terrifying stories of their own, leaving him to take care of the place by himself.

The ghosts who allegedly haunt the inn are so well-known, many can be identified by name. One such spirit is Rosie. According to legend, the ghost is of a little girl who was supposedly murdered at the inn. Another reported spirit is the Witch. Some time in the 16th century, this woman supposedly hid out in the Ancient Ram Inn before being discovered and executed for witchcraft. Her spirit is angry and often lashes out at guests while they try to sleep. There is the reported ghost of a Roman Centurion, once spotted by a plumber working at the inn, as well as the High Priestess, who surprises guests in their bedrooms in the middle of the night. And one of the most disturbing apparitions at the inn is the Succubus, who not only appears to guests in their rooms at night, but attacks them as well. 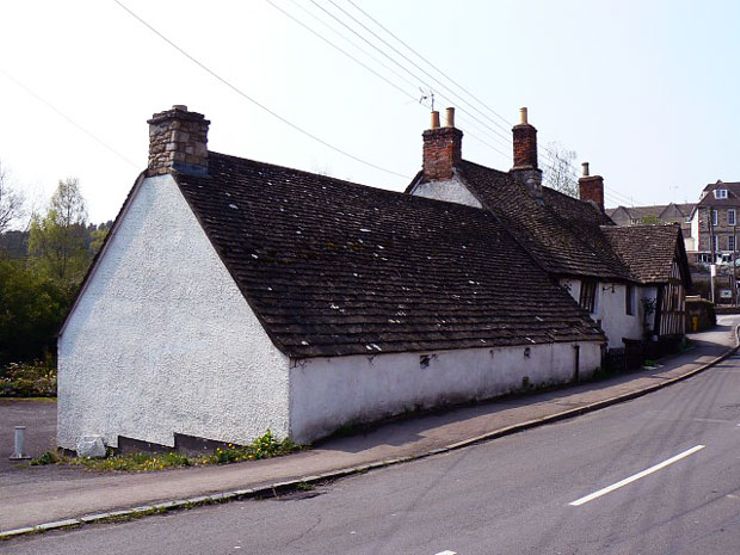 The most haunted room in the house is The Bishop’s Room, in which nine different ghosts have reportedly been seen. The different encounters include strange mists, disembodied screams, a woman hanging from the ceiling, and eerie ghost monks. One of the room’s most faithful ghosts is a shepherd, who is seen standing watch at the door with his dog.

Many visitors have claimed to hear the screams and cries of children at night. The innkeepers have put toys in and around the inn to keep the ghost children happy. According to Mr. Humphries, there is less crying now that the toys have been scattered around.

Many tourists try to take pictures of apparitions within the inn. Ghost hunters have photographed strange orbs, shadows, and beams of light, all of which they insist are ghosts caught on film. Visitors have also claimed to hear footsteps, knocking on the walls, the sound of something or someone being dragged on the roof, and even the occasional voice telling them to “get out.”

There might be a specific reason for all of the hauntings at this ancient spot. In the paranormal world, there is something known as “ley lines,” which are like roads along which spiritual energy travels. There are supposedly ley lines that intersect at the Ancient Ram Inn from Stonehenge, which paranormal experts believe explains the increased activity at the inn.

While the previously mentioned Daily Mail UK article quotes a nightly rate for prospective lodgers, it seems times have changed at the Ancient Ram Inn. According to this piece from The Bohemian Blog, only private tours are now available, and as of November 2016, the most recent reviews on Trip Advisor appear to be from paranormal investigation groups.

Regardless of availability, it is nearly impossible to deny that eerie happenings are afoot at The Ancient Ram Inn.