The rope snaked a path to the kitchen, and ended around her neck. 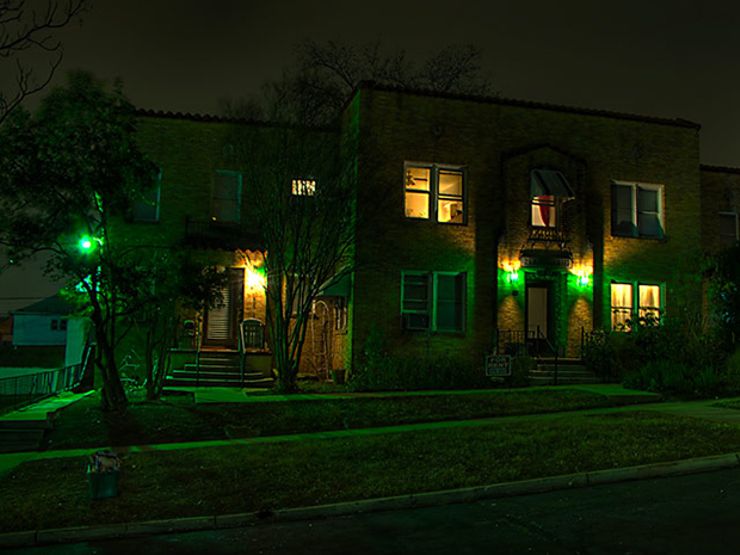 Glen Ridge, New Jersey, was by all accounts a peaceful, prosperous town—until the fall of 1982 when a gruesome murder shocked the community and rudely thrust Glen Ridge into violent disarray. At the heart of the matter was 14-year-old Adam Collins who stumbled upon a scene no child should ever have to witness: the bloody, mutilated body of his mother. In Anatomy of a Jury, Seymour Wishman delves into the brutal case, taking readers behind closed jury-room doors for an eye-opening exploration of American justice. 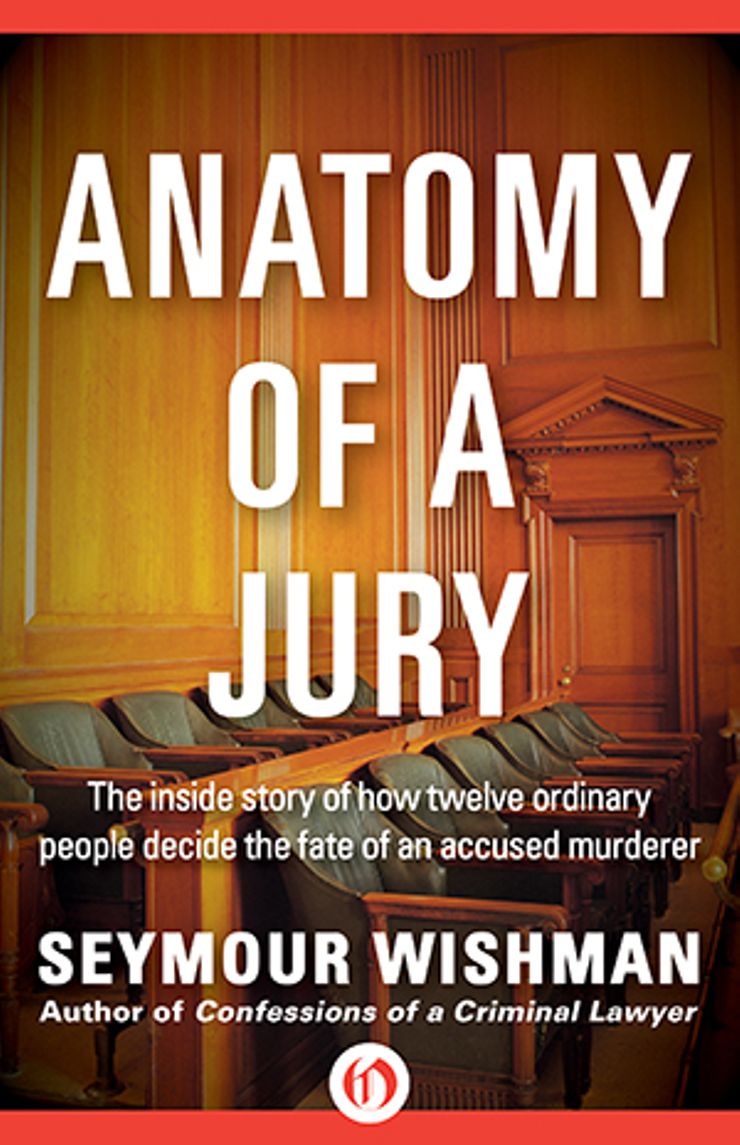 John Minton, alone in his police car, drove slowly through the quiet streets of Glen Ridge, New Jersey, in the middle of a hot, humid afternoon. It was September 5, 1982, the day the case against Leander Rafshoon began.

Minton had been on the police force of this wealthy residential community for 18 years, and an air-conditioned vehicle—the prize for years of faithful service—had still, somehow, eluded him. His blue short-sleeved shirt, now soaked with sweat, stuck to the vinyl of the back of the seat.

Minton glanced admiringly, protectively, at the stately 50-year-old mansions of red brick with stone turrets and gray slate roofs, Tudor or Colonial in design—or the best of both—each house, he knew, with its own carpeted recreation/family room in the basement, many of the houses with brick patios and colorful umbrellas over round white tables, some of the homes with pools in the backyard, and all surrounded by high, carefully trimmed hedges. Glen Ridge is a town of bankers and brokers and business executives whose wives fill their days preparing for charitable events and interesting cultural projects and programs of physical fitness. When the children are at school, the streets are silent except for an occasional delivery, or the mailman, or the coming or going of a maintenance man.

John Minton knew the town, virtually every family and every street within the two square miles. They were good people and it was a good community, a peaceful world totally foreign to the danger of violence so common in a place like Newark, only a few miles to the east.

In another four years Minton was to retire from the force and settle into a sedentary job as a guard in a cool, quiet bank. But in a few minutes he would become involved in the most brutal crime of his career, an act of bloody violence that would horrify the good people of Glen Ridge and leave them unable ever again to feel fully secure in their homes.

As Minton’s car edged along the tree-lined street, Adam Collins, two blocks away on a parallel street, walked up the slate path to the main entrance of a large brick house. Adam had decided to skip swimming practice and go directly home from school. He was a shy, strikingly handsome, well-behaved boy of 14 just starting his sophomore year in high school.

Adam closed the front door behind him. From the center hall he saw on the bottom step of the staircase the end of a black and white rope. He called for his mother. No one answered. He followed the rope around the doorframe to the corridor leading to the kitchen. He started to reach down to pick up the rope, but something kept him moving forward in the direction of the kitchen toward which the rope snaked a path.

What Adam then saw was a scene of horror worse than any nightmare. The kitchen table and one of the chairs were knocked over. Pools of blood covered parts of the black tile floor. In the center of the room was his mother … naked, on her stomach, with blood all over her back. Her head, just above her right temple, was smashed in, and her blond hair was soaked in coagulating blood. The long rope he had followed from the staircase in the center hall ended around her neck. 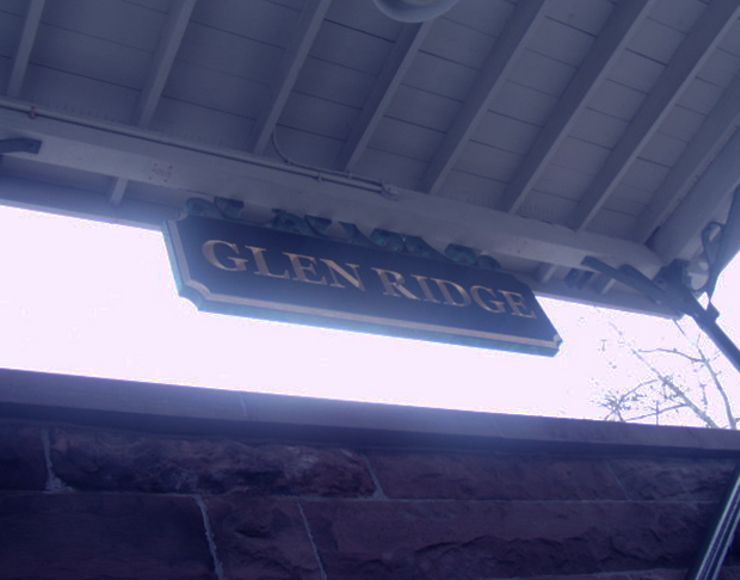 Ten minutes later loud static forced its way through John Minton’s car radio. In rasping patches, as if the radio were clearing its throat, the dispatcher’s voice reported that someone was yelling for help at a residence on Ridgewood Avenue, 1326.

Minton pushed the accelerator to the floor—no need for a noisy siren—and within seconds he was at the house. Adam Collins was standing in the middle of the front lawn, pulling on his shirt, screaming, “Mother!”

Minton jumped out of his car and ran to the boy. He put his arm around him and tried to comfort him.

Adam pointed to the house. He was shaking, crying, gasping for breath, trying to speak. “My mother! My mother!”

“It’ll be okay,” Minton said, unaware of what awaited him in the house. He ran up the path to the front door.

In the next hour dozens of men arrived from various law enforcement agencies, some in uniform, others in plain clothes, almost every one with a gun. Forensic specialists from the state police combed the house, while someone from the Medical Examiner’s Office tended to the body. An electric storm seemed to be exploding inside the house as flashbulbs went off while photographs were taken of the body and the objects in the rooms. Dr. William Collins, the husband of the victim, arrived and ran to the body of his wife. John Minton stayed with Adam, his arm around the boy in a pathetic gesture of comfort. A small crowd of news reporters and neighbors had gathered outside the house.

At this point a short, portly man with a smooth, round face and gray hair, wearing a light gray suit with wide lapels and jutting shoulder pads, pushed his way through the knot of people. It was Leslie Ryan, the head of the homicide squad of the Essex County Prosecutor’s Office. He entered the house and took charge of the proceedings. At 38, he already had 18 years in law enforcement, four years as an investigator while he attended law school at night before he became an assistant prosecutor. Ryan had seen hundreds of victims of violence, but most were black and in Newark or the poorer towns next to it. The Collins woman looked like his wife’s best friend, and Glen Ridge, with its powerful and wealthy residents, was a community he had always envied.

An hour after the body was carried out, two detectives of the Essex County Prosecutor’s Office brought the suspect, Leander Rafshoon, a 33-year-old black male, to the scene. The detectives led him into the living room. 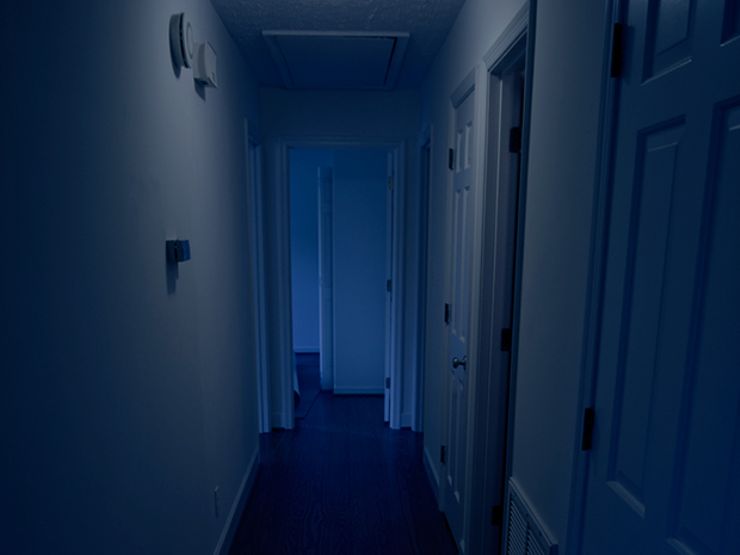 “We got him at the store where the doctor told us he’d be,” one of the detectives said.

Leslie Ryan looked up and down at the tall, powerful figure standing between the two detectives. Ryan thought that Rafshoon looked like a frightened Mr. T. “You have the right to remain silent and have a lawyer. Do you understand?” Ryan said.

“Did you know Mrs. Collins?”

“I knew her,” Rafshoon said. “I worked for her, or for her husband. I was like her bodyguard.”

Related: WHO KILLED THE BLACK DAHLIA?

“We have witnesses who saw you here today.”

“I was here. I was here this morning, but when I left she was okay.”

“These witnesses, Leander, they say you were the only one here when she was killed.”

“There had to be somebody else.”

“I called into the record room,” one of the detectives said. “He’s got an armed robbery. He did three, and he’s been out about two.”

“Is that right?” Ryan asked Rafshoon.

Rafshoon nodded. He couldn’t deny it, but he was sure that with his criminal record the police would be convinced they had their man. He was tempted to tell them he was also a decorated Vietnam veteran, but he didn’t think that would make a difference.

Ryan took Rafshoon into the kitchen where the body of Carolyn Collins had been found. “Is this where you last saw her when she was okay, Leander?”

“I don’t want to answer no more questions,” Rafshoon said.

“Dr. Collins was here a little while ago. He told me you did it. He said you were having an affair with his wife, and she was going to break it off with you today. What do you say to that, Leander?”

“Hold him here tonight,” Ryan said to the detective. “Bring him down to Newark tomorrow.” And with that Rafshoon was led away to the Glen Ridge Police Station.

Want to keep reading? Download Anatomy of a Jury on Amazon, Barnes & Noble, and iTunes.