The Restless Spirits of the Trans-Allegheny Lunatic Asylum

The ghosts of TALA have a tendency to follow you home ...

I’ve had my share of strange experiences at [Trans-Allegheny Lunatic Asylum] TALA: unexplained lights, ghostly footsteps, eerie voices, the unshakeable feeling of being watched. But one of the scariest things I’ve ever encountered actually happened outside the building.

It was fall of 2009, [founder of Dark Alley Paranormal Investigators] Aaron Sulser’s first time visiting TALA. He was with one of his friends, Austin Rausch. By the time the sun set, we were the only three people left in the building. Or so we thought. We had a sequence of strange events happen throughout the night, one bizarre thing after another, which is typical when you’re alone at TALA. It’s like they know when they have you outnumbered or something.

Read on for an excerpt from America’s Most Haunted: The Secrets of Famous Paranormal Places, and then download the book. 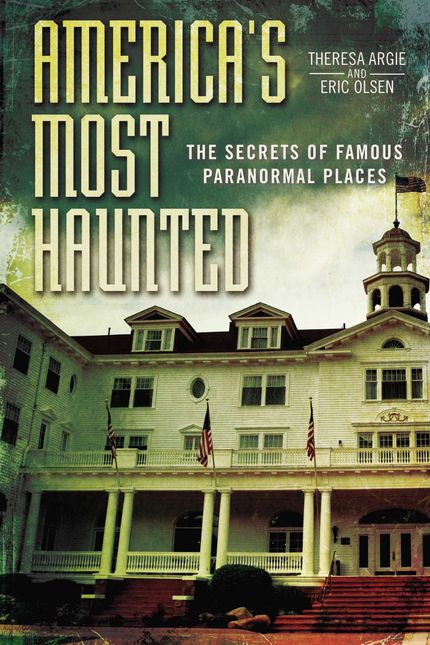 It was getting pretty late, we were on the first floor checking out Wards A and D after investigating the Arts and Crafts Wing. We kept hearing this strange knocking sound.

We followed it through the corridors but never seemed to get any closer.

As soon as we thought we had found the source, the knocking started up somewhere else, taking us deeper and deeper into the opposite side of the building. It was like we were being led. We ended up in the area just outside Lily’s room near the Civil War section.

The sound bounced all around the room but we couldn’t figure out where the hell it was coming from. Eventually it stopped and we gave up looking for it. We were deliberately led there. Why? I don’t know.

Since we were near the back of the building, I asked Aaron and Austin if they wanted to see the cool looking stone gargoyle faces carved on the facade of the building. The three of us went outside, walked down the sidewalk to where the gargoyles were, when all of a sudden, we heard this really loud banging.

We turned and saw a huge black mass pulsating on the sidewalk a few yards in front of us. The dark figure lunged forward and came barreling toward us! This thing literally chased us back toward the door. Aaron ran in, Austin ran in, then I ran in, bolting the door behind me. Whatever that thing was, it came right for us, and I wanted to make sure it stayed outside.

Related: THE HAUNTED CORRIDORS OF THE OHIO STATE REFORMATORY

I made sure all the other entrances were secure. I couldn’t see anyone outside and no one else was in the building. I’d never had anything like that happen before, in the building or out.

Later the same night, the three of us were investigating the fourth floor when again, we heard this crazy, super loud banging.

Want more haunting books? Sign up for The Lineup's newsletter and get terrifying stories delivered straight to your inbox.

This time it was coming from the huge, heavy double doors of the main entrance in the front of the building. The sound was so loud it carried up the stairwell echoing all the way to where we were sitting three floors above. I was freaked out but ran downstairs to make sure it wasn’t someone trying to get in or playing a trick on us.

Of course it didn’t make me feel any better when I discovered no one was at the door. I checked the entire area, looked all over the yard, but found nothing that could or would have made that sound.

I think the ghosts of TALA like to freak people out, especially when there isn’t a large group. Many nights I’ve been set up with a tour somewhere on the first or second floor, knowing no one else was in the building, and played the “shave and a hair cut” knocking game with the spirits. And they answer “bang bang,” slamming the metal doors of the seclusion cells on the fourth floor or something similar, in rhythm.

My theory is the spirits at TALA are very aware of what the ghost hunters are doing, what they’re looking for, and they choose to communicate on their terms. Maybe they get bored hearing the same questions asked over and over again. I mean, seriously, how many times would you want to be asked, “What’s your name? Did you die here? Can you give us a sign of your presence?”

The more personal you get with the ghosts, the less they want to cooperate. They seem to have more fun playing games and messing with people. I’ve learned creativity is the key to a successful investigation at TALA.

People should also be aware that the ghosts of TALA have a tendency to follow you home. Just recently I was alone in my house after a night at TALA, walking down the hallway towards my bedroom, when I heard very clearly in my ear, “Hey, Zach, did I scare ya?”

Related: The Ghost Who Followed Her Home

I stopped immediately, looked around for someone even though I knew I was alone.

I’ve had all sorts of strange things happen since I started at TALA. Things will disappear or go missing only to show up in odd places later. One of my gloves disappeared one night. I searched my car, looked everywhere for it with no luck. I thought I’d left it behind at a restaurant, even went back looking for it, but it wasn’t there either. Eventually I gave up looking and pitched the other glove out. That same day I found the missing glove, sitting on the driver’s seat of my car, plain as day.

Another time, a button off my favorite jacket fell off while I was working at TALA. I didn’t notice when it happened, just noticed later it was gone. I was bummed but didn’t really think much of it. Weeks later, as I went into my house I felt something hit me on top of my head, like it had literally fallen from the sky. I picked it up and was shocked to find it was the missing button. I know the spirits from TALA are responsible for weird stuff like that. How else can you explain it?