A 43-year-old cold case in North Carolina may finally be solved with a rusty, water-logged Pontiac and the human remains locked inside.

After 43 long years, a cold case in North Carolina may finally have been solved.

When investigators pulled a rusty, mud-soaked 1968 Pontiac Catalina from the depths of Lake Rhodhiss in Caldwell County, NC, the family of Amos Shook got a blast from the past. The car in question is believed to have belonged to Shook, a retired Air Force member who vanished back in 1972 when he was in his forties. Human remains found inside the car have been identified as his.

“We found a wallet and some ID cards were in it. It amazed us how preserved that stuff was,” Caldwell County Sheriff Alan Jones said. Officials don’t think the man’s death was due to suicide or foul play. 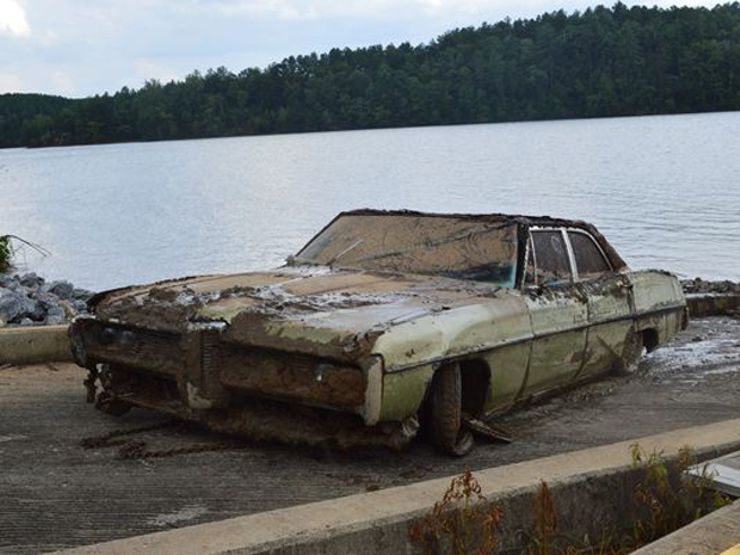 According to WSOC, officials came to probe the lake after Shook’s daughter begged the sheriff’s office to open her father’s dormant case again. Sonar technology – and some enterprising divers – helped them find the moldy car there in about 30 feet of water.

Of course, it still remains to be seen exactly how the car – with Shook in it – ended up submerged in the first place.The family has reportedly told officials how relieved they are to have closure after so many years of wondering and waiting.

“It put some closure on something they’ve been looking forward to for a long time,” noted Sheriff Jones.