A Sinister Haunting in San Antonio

As a young girl, Gretchen Upshaw was plagued by a hateful spirit that hurt her pets and appeared in the night as a ghostly version of her brother. 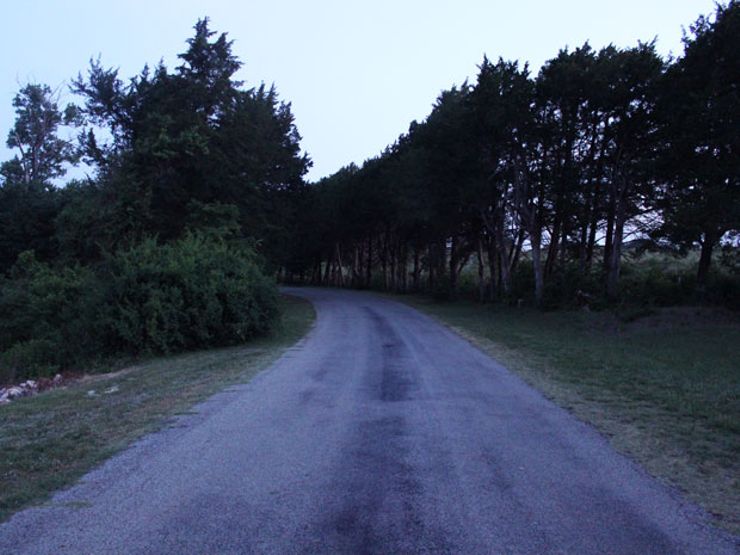 There are a few standard questions I get when someone hears I’m a professional paranormal investigator. But this one always challenges me the most: “When did you start believing in the paranormal?”

My honest answer: “I don’t remember a time when I didn’t believe.”

I spent my childhood in San Antonio, Texas, a city rich in history and riddled with ghosts. When Ghost City Tours decided to conduct paranormal tours in San Antonio, I was thrilled. Finally, those spirits were going to be heard outside of the city limits–something us “locals” have known about for years. 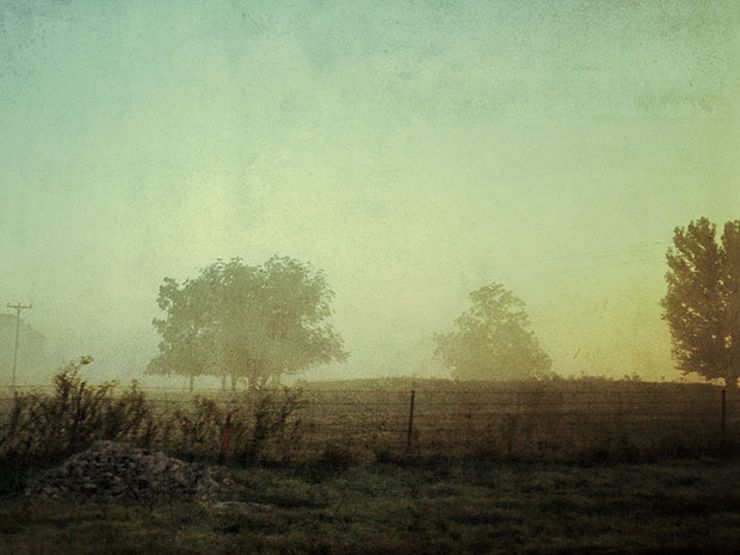 When I was about nine years old, we moved into an old house on the Northwest side of San Antonio. I remember the tears streaming down my cheeks as I eavesdropped on my mother’s phone call to her friend: “We’ve decided on the house on Thunderbird Lane. Lee is making an offer.”

My heart sank. We were moving into what I was certain was a Hellmouth.

I hated that house from the moment we pulled into the driveway. It was a solid brick, ranch-style home that sat back on about 2.5 acres of land. Two huge ancient oak trees stood on either side of the walkway leading to the front door. They were the keepers of the house, both massive and intimidating. My mom’s friend once commented, “Those trees will protect you.” I remember thinking that she was nuts–those trees were going to torture us.

Our family of five moved in with our loving Golden Retriever, Tex. The “weird stuff” started almost immediately after my father unearthed a big headstone during a landscaping excavation in the backyard.

Related: 5 HAUNTED HOUSE BOOKS THAT WILL MAKE YOU THINK TWICE ABOUT MOVING

My cousin used to spend the summers with me; she and I would sit in bed and count the shadows floating down our hallways. We would guess how many minutes would pass from one shadow to the next. We never were right, by the way. Those shadows refused to throw either of us a freebie.

But it wasn’t all fun and games. There was something in the Thunderbird house that evoked utter despair. Looking back now, I can easily label it as sinister. Hateful. The spirit’s nastiness was done to hurt me and keep me from loving or being loved.

The aggressive and violent activity started less than a year after moving in. 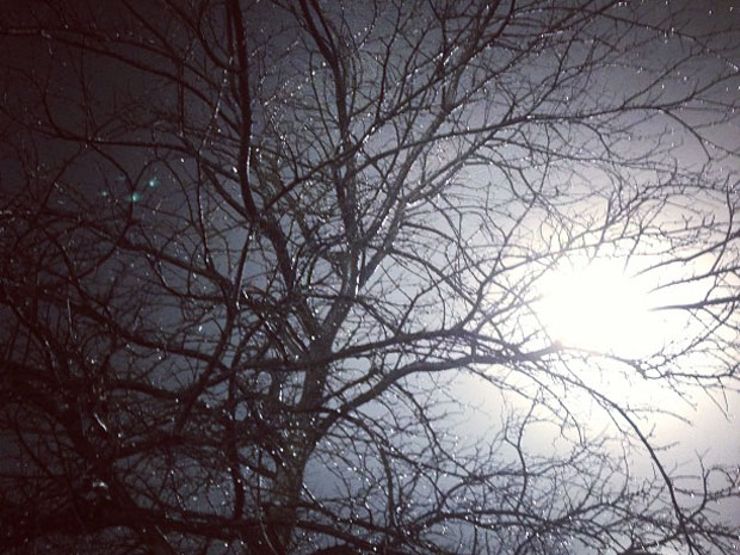 Tex, our Golden, was meant to be my brother’s hunting dog, but we discovered that he was gun shy, which was awesome for me! I wanted my own dog, and Tex became mine by default. Tex slept next to me every night. When I was sick, he didn’t leave my side. Every morning, he walked me to the bus stop. Every afternoon, he waited for me at the fence after school.

One chilly and damp afternoon, the bus was nearing my stop. I always looked out the window across our property to see Tex standing at the gate, tail wagging with anticipation. But as the bus ground to a stop, I didn’t see him. I clambered down the bus steps and began to cross in front of it, when I saw Tex sprinting down the property to meet me in the street. He had never done this before. As he neared me with glee, a car came speeding down the street and hit Tex. I screamed as the car collided with Tex, flinging the dog into the adjacent yard.

Related: AN ENCOUNTER WITH THE LOVELIEST DEAD

I ran to him, putting his limp head in my lap as blood seeped from his mouth. I remember my mother running to me in tears, reaching me with an expression of helplessness. I stroked my dog's face and begged him to “please be OK.” Then, l felt him take his last breath and leave me there in the grass–with his blood all over my lap and my tear-stained cheeks flushed with grief.

For years after his death, I heard Tex’s tags on his collar jingling as he came into my bedroom at night, wishing me sweet dreams.

I know that blaming Tex’s death on the house is ridiculous. People speed past school buses, and family pets get hit by cars all the time. But it was the first of many instances that involved me, a pet I loved, and a violent death.

My parents gave me a kitten a few months after the loss of Tex, when they thought I was ready. The second week I had the kitten, on a cold Saturday morning, a feral cat snuck into the house when my brother went to take out the trash. The mad cat went straight for the kitten like he knew exactly where she was. He tore her tiny orange body apart while she slept in her little bed. I only remember the kitten’s high-pitched shrieks, and my mother yelling at my brother to get me out of the room.

Related: THE GHOSTS OF THE GROVE

The list of brutal pet deaths continued. The sweet white rabbit that I found dead in her cage; the stray blue cat I found dead with a hole in his head; the budgie bird that stopped singing for me one morning; the black labrador retriever that died on our front porch one afternoon without a single sign of sickness.

As the years progressed, other strange things happened that mystified me. One of the regular occurrences that eventually became normal was the “invisible bed sitter.” I would lie on my side in my bed, my nightlight on and my closet and bathroom doors shut, when “someone” would enter my room. I could sense their movement as they crossed to the side of my bed behind my back. Then, the bed dipped. As I gingerly rolled over, I would see the indentation in my mattress as if someone was sitting next to me. After what felt like hours, I would watch the indention ever so slowly dissipate.

I was never alone. 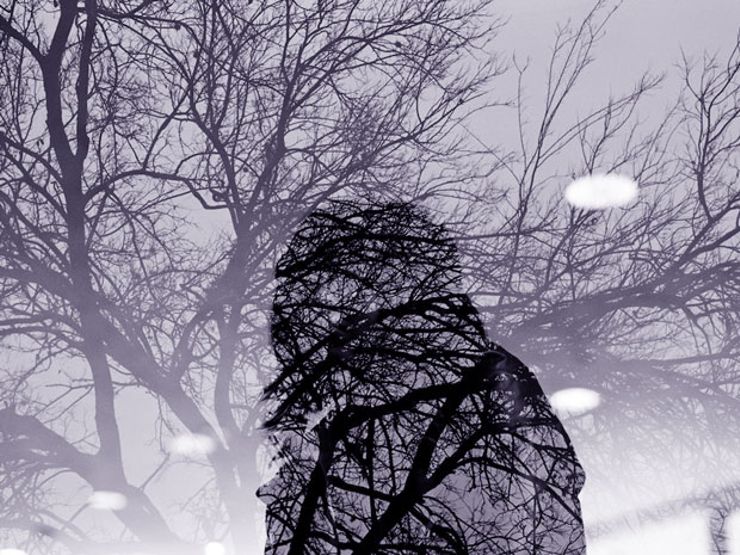 One time I awoke in the middle of the night, parched. Desperately needing a drink of water, I decided to head to the kitchen instead of my ensuite bathroom. To get to the kitchen, I had to walk down a long hallway that passed the front door and the two large, floor-to-ceiling windows that flanked the door. Each window was across from one of the big “protecting” Live Oaks on our walkway.

As I approached the first window, I could see the glow of the dim front porch light and the shadows of the oak tree dancing on the entryway floor. I looked out toward the walkway and saw my brother … when he was 15. My brother was about 22 at the time and not living at home. But there he was, his 15-year-old self, dressed in his favorite shirt from that period and practically dragging himself up the walkway. Confusion rendered me immobile. He glanced up, and our eyes met. The pain reflected in his gaze was clear, and I felt a flash of fear.

My heart raced as I moved forward. Nearing the second window, I looked out again. There he was–, now standing at the front door. Our eyes met again, and he twisted his upper torso to face me, raising his arms toward me in a gesture for help. I ducked to the wall between the window and the kitchen. I slid down the wall and closed my eyes. Could this be a dream? Was I sleepwalking? Can a 13-year-old go insane?

Related: ESME: THE OTHER FRIENDLY GHOST

I darted into the kitchen. I drank two full glasses in record time. My heart felt like it might beat out of my chest. How was I going to get back to my bedroom? What if that ghost of my brother’s past was still skulking on the front porch? I took a deep breath and ran. I ran past the first window, the door, and then the second window. I sprinted down the hall to the safety of my shadow-filled bedroom.

When I made it back into bed, I listened to the silence of the house. My palpitating heart slowed and my breath gentled to a normal inhalation. I closed my eyes in an attempt to erase what I had seen, even though the events continued replaying in my head.

Then, in the darkness, I heard it: “Gretchen.”

I jumped up, startled. It was my brother’s voice, clear as a bell. Again, louder, “Gretchen!”

I watched the sun rise out of my bedroom window the following morning, knowing that my brother had never actually stepped foot inside the Thunderbird house that night. 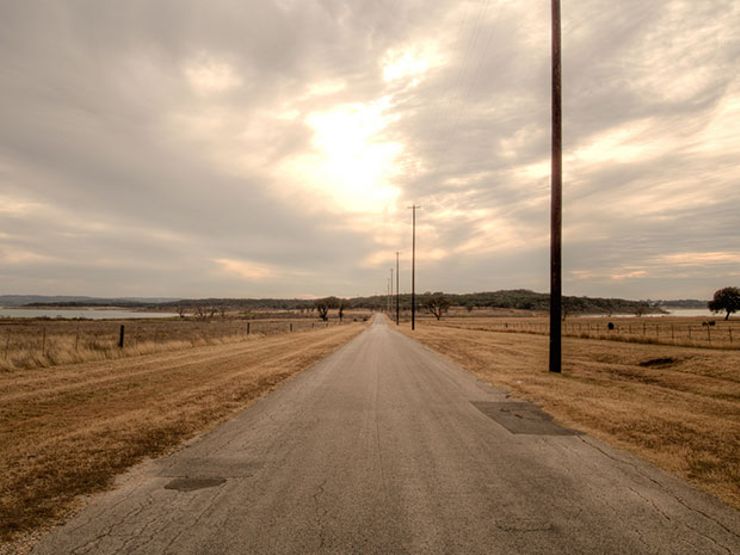 We moved out when I was 16. My family never kept secrets from one another, every experience was discussed at great length. My good, Christian parents weren’t going to deny any of it. How could they? They, too, had witnessed the cuckoo clock flying off the wall; they’d seen the grey mist floating out of the fireplace in the dead of summer; they witnessed every glass light bulb from the floor lamps in the living room explode simultaneously at night.

Perhaps most telling, they had stopped giving me pets by the time I entered high school.

My experiences didn’t stop when I left that house. They just changed. Perhaps the interactions evolved as I got older. Or maybe I just learned to deal with living on both sides of the veil. What I do know is that when I think about my childhood, I am grateful for the metaphysical education I received.

And I am thrilled to revisit San Antonio and its energy–though I hope that whatever sinister entity infiltrated the Thunderbird house does not find me once again.

Gretchen discovered Ghost City Tours on her journey in creating a new life for herself in the magical city of New Orleans. She was ready for a career change and knew that she wanted to blend her professional, academic, and personal experience into the perfect job. After just four weeks of being a tour guide, her natural leadership abilities and love for new challenges inspired her to pursue the role of General Manager for Ghost City Tours. Gretchen is honored to be a part of a company that encompasses two things that she has loads of experience in: travel and ghosts. She is also an animal lover and enjoys spending free time with her rescue Lab, Hildie, and preparing delicious vegan dishes in an altruistic attempt to get folks to eat more plants.

Want more real-life ghost stories? Sign up for The Lineup’s newsletter, and get the creepiest tales delivered straight to your inbox.