She would do ANYTHING to get what she wants.

So·path: noun, a child born without a soul; sopaths will lie, cheat, rape, and murder to get what they want.

Chilling and highly controversial, The Sopaths takes a deeply disturbing look into what author Piers Anthony calls “man’s inhumanity to man.” Inspired by real-life news events, the book addresses every parent’s worst nightmare: What do you do with a child who doesn’t have a conscience?

Warning: This book is not for the faint of heart. 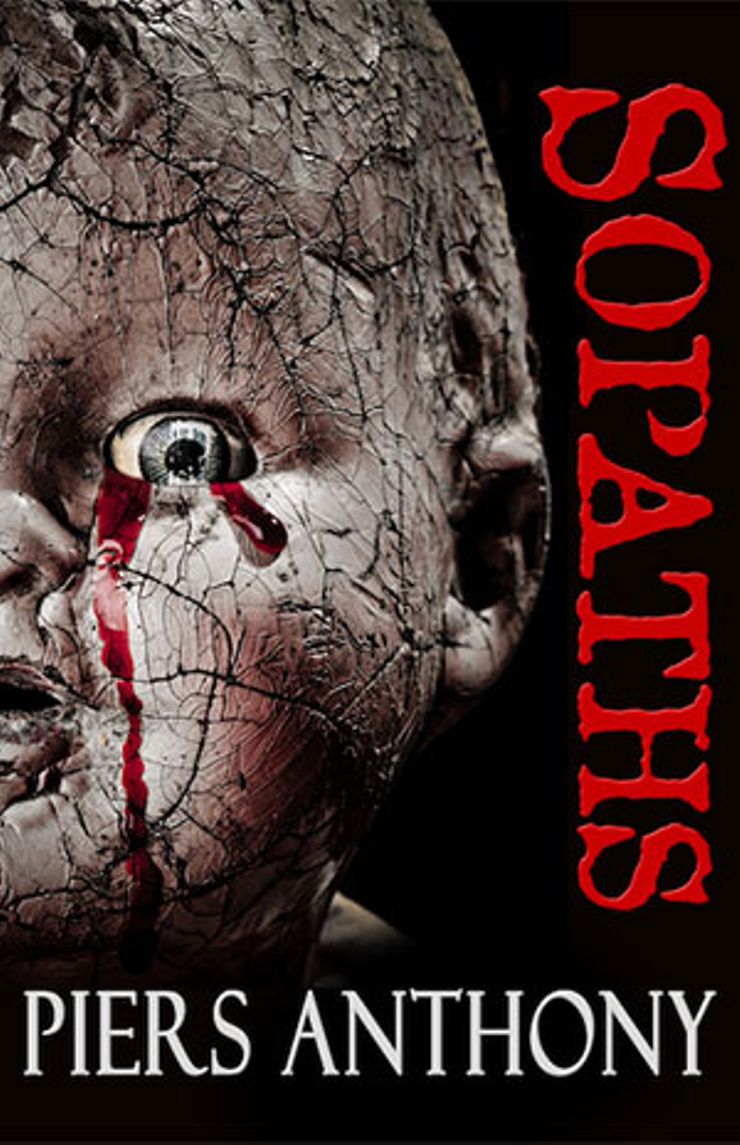 She opened the door, stepped into the hall, and screamed.

Abner leaped to join her. There was blood spreading from Jasper’s room. “I’ll handle it,” he said, steering her back into the bedroom. She went without protest.

He looked into Jasper’s room. The boy was sprawled across his bed, bathed in blood. A pool of it was jelling on the floor, extending to the doorway. The boy’s throat had been slit.

Abner leaped to the small figure. The blood was still spilling out. He caught a fold of the sheet in his hand and clapped it to Jasper’s throat. He felt a faint pulse. Had he stopped it in time?

“Zelda!” he called. “Call an ambulance! He’s alive but fading.” Then he held on, holding the boy’s remaining blood inside while waiting.

Zelda got on the phone, and soon the ambulance arrived. Abner got out of the way and let Zelda handle it. She was competent, now that there was something positive to do. If the boy had been dead, it would have been another matter.

Numb, Abner walked to Olive’s room. She was just finishing a candy bar. There was a spot of blood on her nightie.

He kept his voice level. “Where did you get that bar, Olive?”

“From Jasper,” she answered matter-of-factly, licking her fingers.

“How did you get it from him?”

“I snucked behind him and cut his throat and took it.”

“Olive, you shouldn’t do that.”

She continued licking her fingers, ignoring him. And of course it was a stupid thing to say. The word “should” had no meaning for her, only “can.” Jasper had had something she wanted, and wouldn’t give it to her, so she had taken it. By almost killing him. 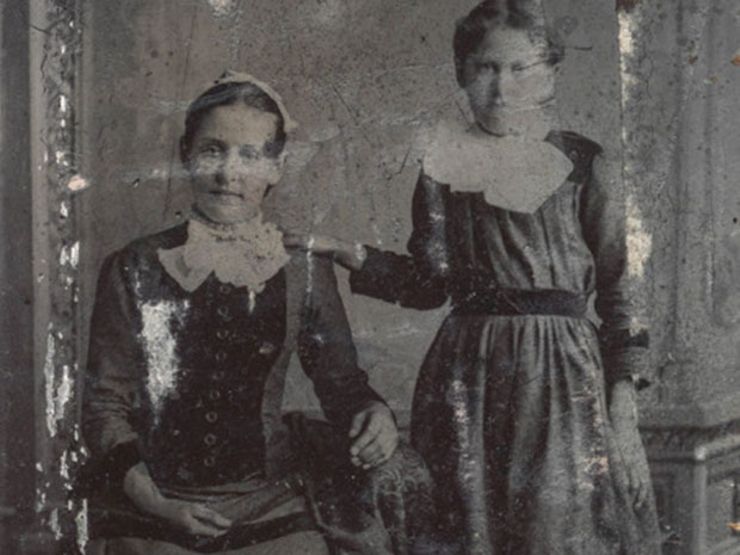 He closed the door and walked back to the bedroom. Zelda was standing where he had left her, facing away as the medic continued to stabilize the boy. “That sound,” she said.

What could he tell her? “Maybe you better lie down. I’ll call the police.”

“They have already done that. I’ll go to the hospital with Jasper. I just want to know.”

There was no way out. “She tried to kill him.”

“She wanted his candy bar.”

She shuddered. “Tell them it was an accident.”

Because even after this she couldn’t stand to do what they had to do. He knew better, but couldn’t have her freaking out right now. “Okay.”

They took Jasper away, and Zelda went with them.

Abner waited. If they had gotten over there when they heard the sound, would they have been in time? He suspected not. The child had “snucked” up behind her older brother with the knife while he was preoccupied with the video game, and sliced his throat. Had she even asked for the candy bar? Probably not, as she knew he wouldn’t share. The sound might have been him collapsing on the bed, or her departing the room with the candy bar.

They should have locked her in her room until they could watch her. They had been caught short by that lapse.

The police surveyed the scene. They found the knife where it lay under a sheet. It would have Olive’s fingerprints on it. “They were playing,” Abner said. “We didn’t realize the knife was real. It was a horrible accident.”

The man nodded. He spoke into his radio. “Sopath. Come clean it up.”

So they knew about sopaths. How was it that the news had never become public? But Abner knew the answer: to avoid panic. They were keeping it quiet, because the problem had no ready solution.

The man turned to Abner. “Keep it locked up.”

Want to keep reading? Download The Sopaths on Amazon, Barnes & Noble, and iTunes.