Don’t be fooled by their sweet smiles or diminutive sizes—these child ghosts will send a shiver down your spine. From playful graveyard specters to a pint-sized spirit at the Trans-Allegheny Lunatic Asylum, here are eight eerie tales of apparitions who remained forever young.

Lily at the Trans-Allegheny Lunatic Asylum 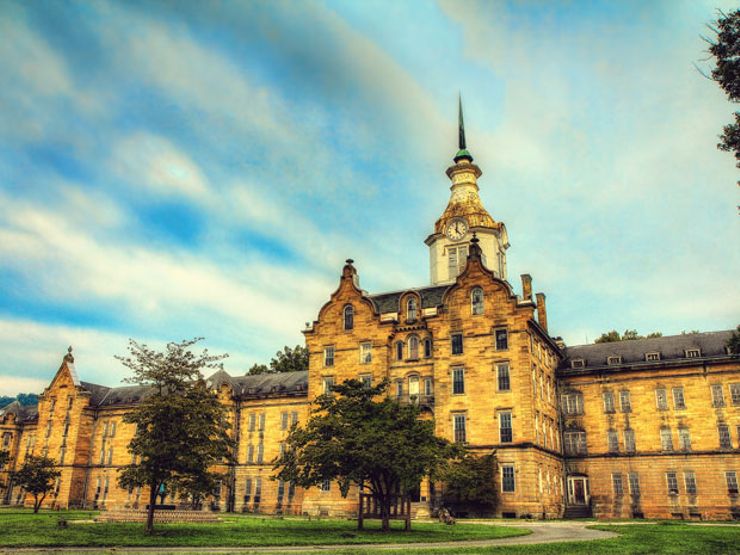 Child ghosts are distinctly creepy. And haunted insane asylums are some of the creepiest haunted places. Put them together and you get Lily, the ghost of the Trans-Allegheny Lunatic Asylum. It’s not clear whether Lily was born at the asylum or dropped off there, but she spent her whole life within the asylum’s walls, dying at the age of nine from pneumonia. Visitors and tour guides say she never left—she plays games, bounces balls, giggles in the dark, and hangs out in Lily’s Room, a room dedicated to her memory. When Lily’s not playing with her toys, her music box sometimes plays on its own.

Related: Trans-Allegheny Lunatic Asylum and the Haunting Enigma of Lily

The Schoolchildren of the San Antonio Railroad Crossing

If you find yourself at the tracks just outside San Antonio, Texas and feel your car moving of its own accord, you have these youngster ghosts to thank. The railroad crossing near the San Juan mission was allegedly the site of a tragic crash in the 1940s, when an oncoming train struck a school bus full of children that had stalled on the tracks. Everyone on board died, and rumor has it that the spirits of the children remain, trying to keep drivers safe and off the tracks by pushing their car to safety. While little evidence exists to corroborate the bus tragedy, the eerie legend persists. So dust some baby powder on your bumper before crossing these tracks. Some say that tiny handprints will appear.

The Spirits of the Dead Children’s Playground 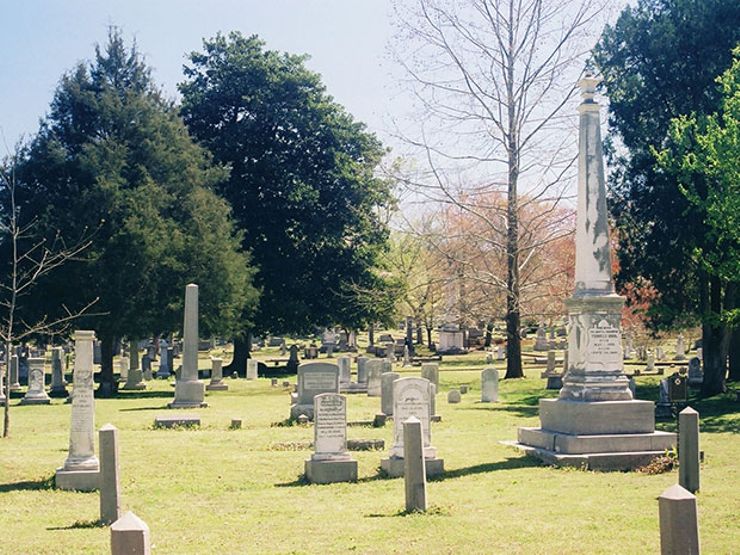 Pass through Maple Hill Cemetery, Alabama’s largest and oldest graveyard, and you may hear the swaying of swings and the laughter of children … but you won’t see any children. The eerie sounds are likely coming from Drost Park, a playground located inside the cemetery. Locals know the site by another name: Dead Children’s Playground. They say it’s a hotspot for ghost sightings. Go at night if you dare—paranormal investigators claim that when the sun goes down, the spirits of dead children come out to play.

The Boy in the House on Gladiolus Street

New Orleans is home to many spirits, but one child ghost stands out: the boy in the house on Gladiolus Street. Paranormal investigators spent weeks in the small home in the Gentilly neighborhood, calling it one of the most haunted houses they’ve come across in New Orleans. They say the spirit of a 10-year-old boy lurks there, laughing, playing, and gossiping to investigators about the other ghosts in the house. They’ve even captured the little boy’s voice on recorders.

May Hawes, the Ghost Girl of Birmingham East Lake

The legend of May Hawes’ ghost is a tragic one—the little girl was said to be just seven or eight years old when she was murdered. Her body was found in East Lake in Birmingham, Alabama. Investigators found the bodies of her mother and her sister in the nearby Lakeview Park waterway. The child’s father and two of his accomplices were found guilty of murder, but it seems that May hasn’t found peace yet. Locals say that she haunts East Lake, walking the shoreline and calling out for her mother and sister. Some have even said they’ve seen the child floating above and under the water, and petting the geese on the lake. 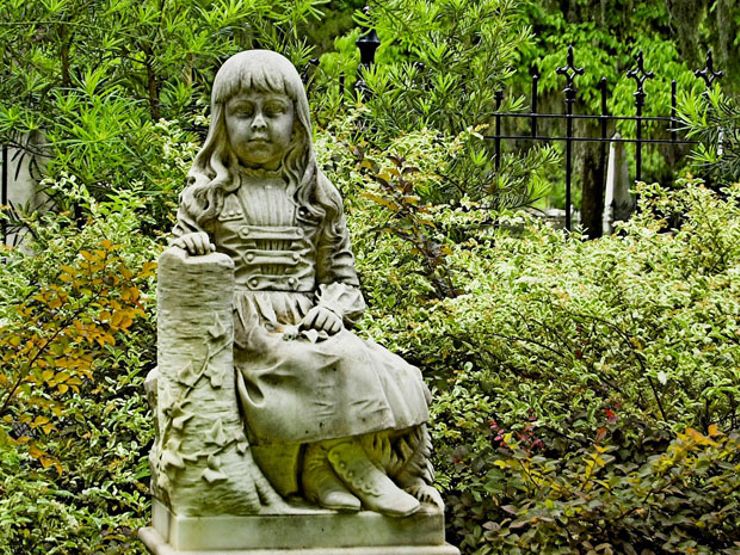 Savannah’s Bonaventure Cemetery is known for its lush scenery and striking monuments to the dead. But one grave stops visitors in their tracks. The burial site belongs to Gracie Watson, who died of pneumonia in 1889 when she was six years old. Her body was buried in Bonaventure with an eerily life-like stone sculpture of the girl erected at her resting place. Visitors today leave toys at the grave, and some say Gracie’s statue cries tears of blood if these gifts are removed. Numerous witnesses have also encountered what they perceived to be a real girl in a white dress skipping through the cemetery, only to see the child vanish into thin air.

Most tales of ghost children start with the sad story of a child’s untimely death. This haunting is different. It takes place at an abandoned house on Shoe Factory Road just outside Chicago, where legend has it that a young boy took a knife and murdered both of his parents. The dark tale is just one of many that haunt the Hoffman Estates suburb—indeed, the pint-sized spirit may be a blurring of the real-life Teets family murder of 1979, in which three Teets family members were murdered in their home. Regardless, paranormal investigators report numerous encounters with the child boy ghost—including seeing the apparition sitting on the front steps of the crumbling structure, sharpening his knife.