These walls do not forget. 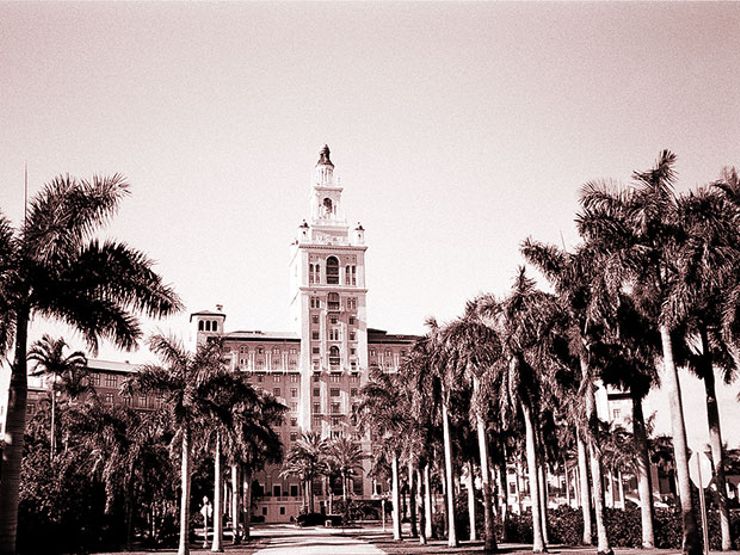 Haunted hotels are a horror staple. From The Shining to American Horror Story, haunted hotels are one of the easiest settings in which to stage a horror tale. Stephen King’s novels constantly reference his belief that buildings hold a certain remembrance of what occurred between their walls, and manifest themselves in a peculiar and sometimes terrifying manor. These five hotels have a history, and from the accounts of those who have stayed in them, the walls did not forget. 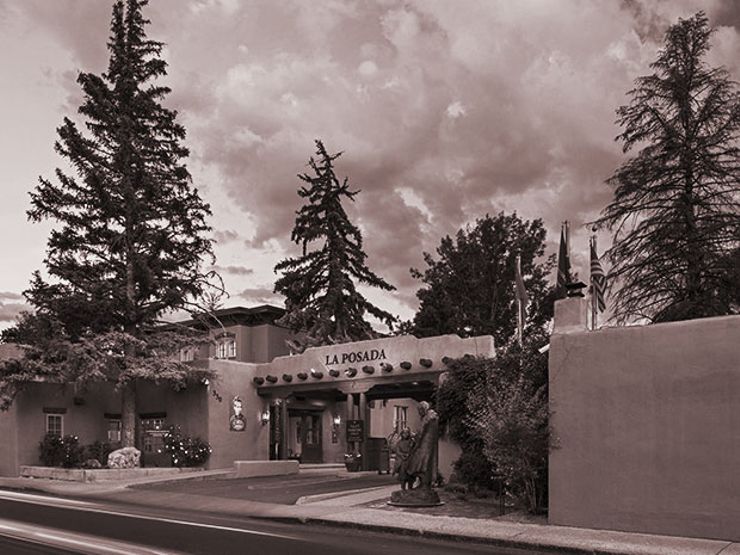 La Posada de Santa Fe Resort & Spa, located in Santa Fe, New Mexico was originally a mansion, built by Abraham Staab in 1882. His wife, Julia, became extremely depressed after the death of their eighth child, as well as a string of failed pregnancies. She started to withdraw from their social circles and spent all of her time shut in her bedroom, where she perished in 1896. When the house became a hotel, Julia’s bedroom became room 256. This room has been the subject of multiple haunting tales since, beginning with a maid’s sighting of Julia herself in 1979. Guests have heard screaming from behind walls and received phone calls on a disconnected phone. Even in the hallways and dining room, guests have reported seeing glasses smash and candles go out with no cause.

Related: 12 Haunted Hotels From Around the World 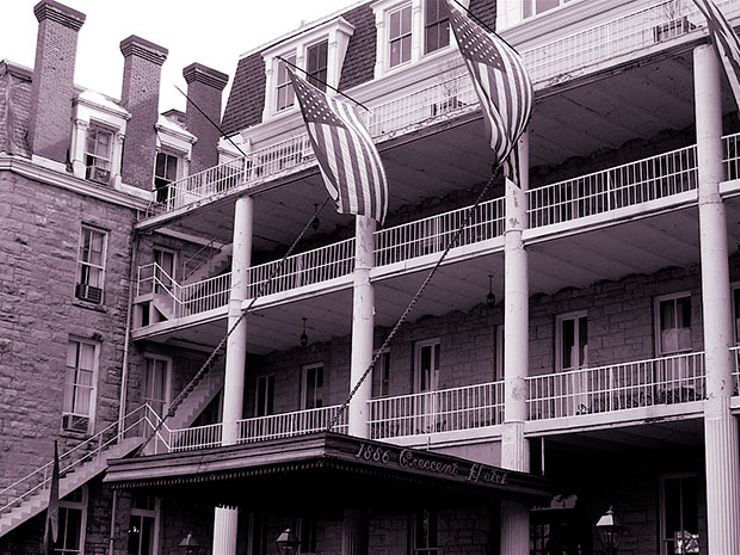 Known as the most haunted hotel in America, The Crescent Hotel has experienced incredible death and suffering. Thrill seekers from around the country flock to Eureka Springs, Arkansas for a chance to experience the haunting for themselves. The hotel is haunted by a multitude of ghosts ranging from original builders to patients from its time as a hospital. There are said to be eight spirits in total, including Norman Baker, the owner who turned the hotel into a hospital. A 2005 episode of Ghost Hunters revealed a full-body apparition, corroborating the tales told of this haunted location.

Located in Coral Gables, Florida, the Biltmore Hotel has one notorious ghost. The gangster Thomas “Fatty” Walsh was killed by the hotel manager in 1929, who later escaped to Cuba to avoid retaliation or formal murder charges. His death took place on the 13th floor, which he is said to haunt to this day. The ghost of Thomas Walsh also plagues the elevator in the hotel, which stories suggest he uses to bring attractive women to his floor. Women regularly report being on the elevator with a different floor selected, only for the elevator to remain closed until they reach floor number 13. Even former president Bill Clinton had an encounter with Walsh’d ghost, it reportedly turned his TV on and off while he was renting a room on the 13th floor.
Related: 6 Most Haunted Places in Miami 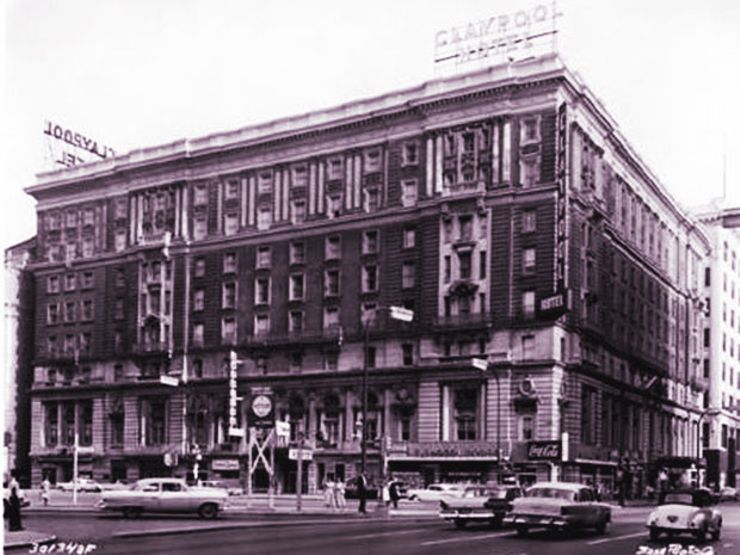 A corporal in the Women’s Army Cops, Maoma Ridings checked into the Claypool Hotel while on leave in 1930. One night, the housekeeper entered the room to find her body half-naked and bleeding. She had died of a beating and stabbing from a glass bottle. The motive was originally assumed to be a robbery, as there was no money found in the room. However, an employee stated that he had made a delivery to the room hours before the murder, and that there was another woman in the room as Ridings opened the door. The woman was seated on the bed and dressed in all-black. The woman’s identity was never revealed, and the murder was never solved.
Related: The Ghostly Guests of the Menger Hotel 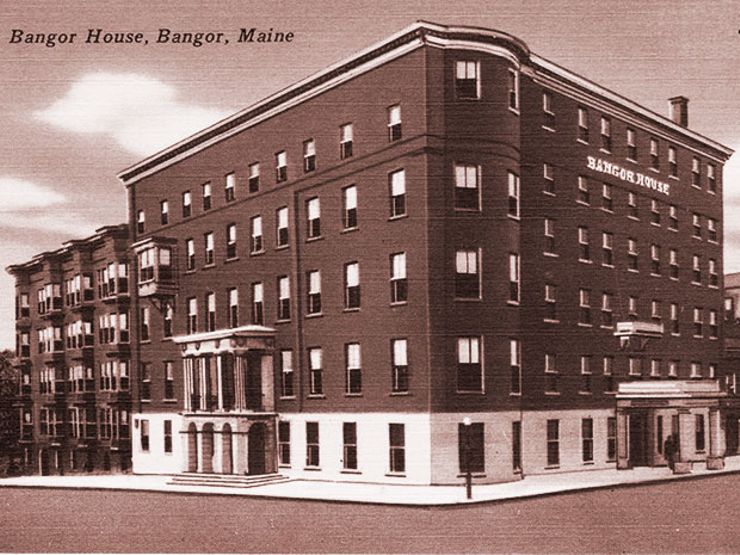 The Boston Strangler terrorized the city of Boston in the 1960s, murdering over 10 women. He was later identified as Albert DeSalvo and arrested. A few months after his detainment, an eerily similar murder took place a few states away. Effie MacDonald, an employee of the Bangor House in Bangor, Maine, went missing and was later found murdered in an unrented room. She had been strangled and sexually assaulted, much like the victims of the Boston Strangler. This crime was deemed to be unrelated, and is consequently unsolved. The question remains, did they get the right man?

Even to a skeptic, some of these stories are hard to explain away. When one person tells of a supernatural experience, it is easy to ignore. When multiple people experience the same thing at the same place, it begins to seem as though something larger is occurring. From the history that these hotels hold in their walls, it’s no surprise that these entities were trapped. Buildings are not evil, but the spirits who reside in them may be.

This article was first published on The Occult Museum.
Read More:
13 More Terrifying Paranormal Pictures That Will Make You Believe In The Afterlife
9 Creepiest Supernatural Unsolved Mysteries Nobody Can Explain
The 10 Most Haunted Hotels In The World