With these notorious killers, the disturbing details just keep coming ... 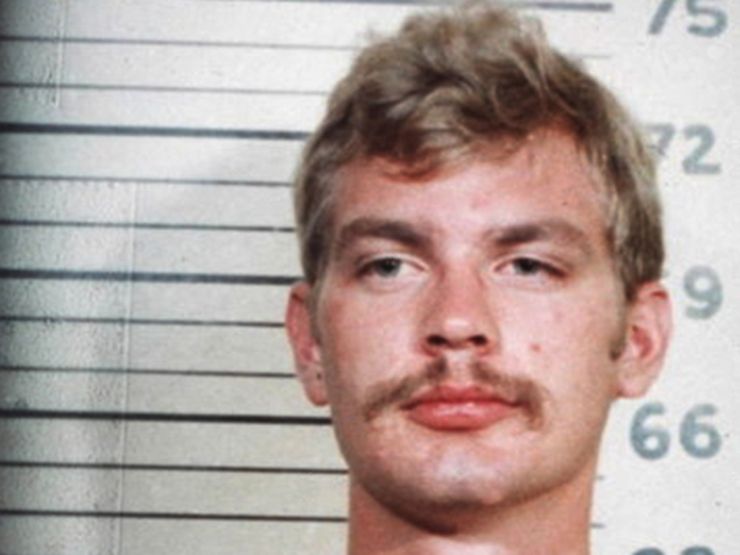 Jeffrey Dahmer’s murders shocked the nation because they had been happening for so long and were so horrific that they seemed like something straight out of a horror film. Not only did Jeffrey sexually assault his victims, he also dismembered them and ate them. Eventually he was taken to court and found guilty of up to 17 murders, though it’s likely he committed many more. Dahmer was sentenced to hundreds of years behind bars but another inmate murdered him in jail in 1994.

1. When Jeffrey was a kid, he loved to play with dead animal bones. He’d go out and collect roadkill, then clean and bleach the bones.

2. Dahmer’s issues may have stemmed from an early childhood surgery, as well as the breakup of his parents’ marriage and a move to a new city. Family members say they noticed an abrupt change in his behavior after the hernia surgery at age six.

3. After high school, Dahmer enlisted in the army, but his alcoholism led to his eventual discharge.

4. He stole a mannequin from a store and kept it for sexual uses.

5. He was living with his grandma in Milwaukee while many of his murders and sexual crimes were committed. She wasn’t aware of what her grandson was doing, but his late nights and drinking led her to kick him out.

6. When the police entered Dahmer’s house of horrors, they found three human heads chilling in the freezer next to Hot Pockets and ice cream.

7. The inmate who killed Dahmer, a schizophrenic man named Christopher Scarver, told the New York Post that one of his reasons was because Dahmer made mini-sculptures resembling human limbs out of his food in jail. 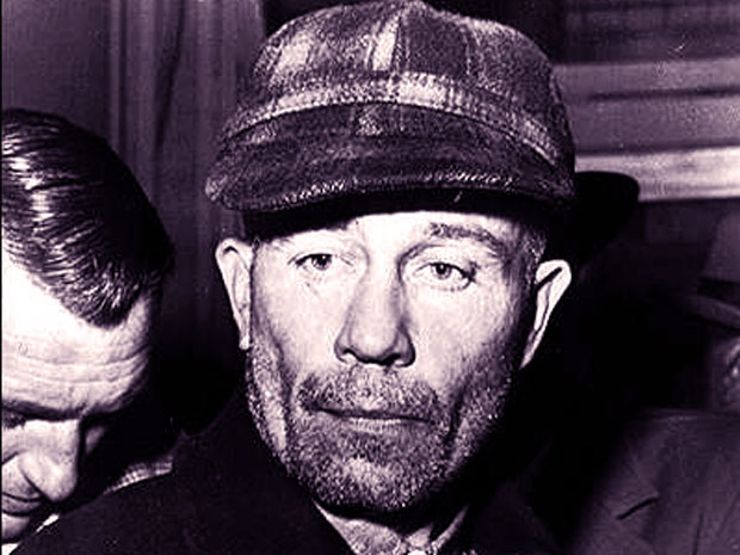 Another Wisconsin man with a tendency to dismember and save his victims’ body parts was the notorious Ed Gein. Gein inspired the notorious Leatherface character of Texas Chainsaw Massacre fame. Gein also inspired Psycho's Norman Bates. He was found not guilty of his crimes on reasons of insanity.

1. Ed Gein’s mother, Augusta, was very religious and told her sons that the world was evil and immoral. She also told them to beware of women because they were “instruments of the devil.”

2. As a teenager, Ed often babysat for neighborhood children. He seemed to enjoy the company of children more than adults.

3. Ed’s brother died in a brush fire, though Ed was untouched. Many people thought he’d killed his brother, considering he led police right to the body.

4. Ed’s mother died in 1945 and in his grief, he boarded up many of the rooms she spent time in. He was very close to his mother, hence the Norman Bates inspiration.

5. Ed visited cemeteries at night and dug up bodies of middle-aged women in effort to bring his mother back; he also made a “female suit” and claimed he wanted to be a woman.

6. When police searched his house, they found, among many other pieces of human anatomy, nine vulvas in a box. 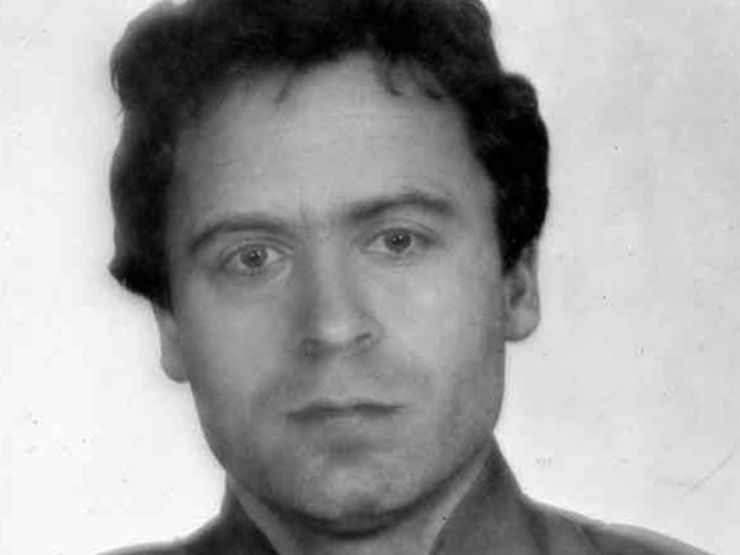 The charming, good-looking Ted Bundy went on a murder spree in the ‘70s, killing over 30 women. He probably murdered many more than he was convicted for, though it was never totally proven. Ted died in the electric chair in 1989.

1. Ted was an illegitimate child; his mother was in her early 20s and unmarried. His grandparents raised him as their son.

2. Child Ted was really into knives and grew into a teenage Peeping Tom.

3. Ted kept weapons, including a huge knife, in his VW Beetle glove box. He said they were for “safety.”

4. Bundy worked at a suicide hotline with a woman named Ann Rule, who would later become famous for her true crime writing. Her first book? The Stranger Beside Me, a book about, who else—Bundy.

5. Bundy was a master at escaping police custody. He slipped away from them several times during his career, including jumping out a window.

6. There were TV movies based on Bundy even before his death.

7. Ted got married while in custody and there’s a rumor he might have a child via his then-wife. It’s never been confirmed, though. 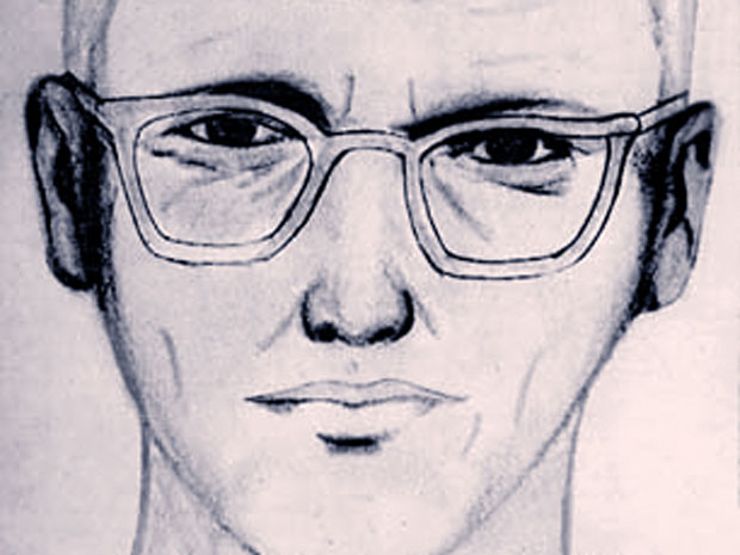 The creepiest part about the Zodiac killer is that they’ve never been identified. There have been countless suspects, but no one has ever been charged with the murders. The Zodiac could still be walking around with us! Yikes. The Zodiac killed five people (including teenage couples) in 1968 and 1969, and sent cryptic letters to local papers daring the police to figure out who he was and teasing them when they couldn’t.

1. A high school teacher helped the police crack the code in one of the Zodiac’s first letters. It’s the only one to ever be (mostly) solved, and it begins with “I like killing people because it is so much fun.”

4. Tons of people have come forward with “information” about who the killer is, but none have ever been confirmed and many are dead now. A writer named Gary Stewart believed his father was the killer and even wrote a book about it. 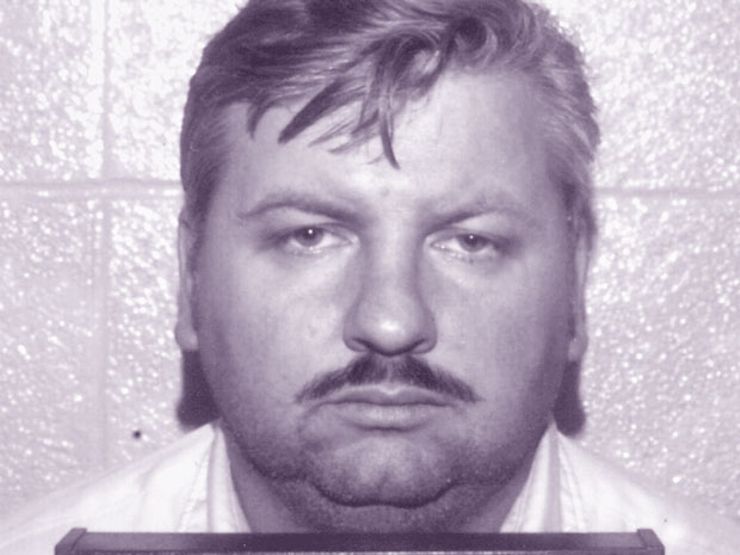 1. When Gacy was young, he moved to Vegas and worked at a mortuary. At one point, he found himself climbing into the casket of a young man and touching the body. It disturbed him so much that he moved back to Chicago.

2. After marrying and starting a family, Gacy was a respected member of his community. He was a prominent Jaycee and many thought he was a kind, upstanding citizen. He also owned a KFC franchise.

Related: NO SECONDS: THE LAST MEALS OF DEATH ROW INMATES

5. Gacy buried most of the bodies of his victims under his home and garage.

6. Gacy painted in prison, mostly images of himself in his clown costume. Many were purchased solely to be destroyed by the families of his victims.