11 Blood-Stained Cities on the West Coast

If you’re just joining us, we’ve been tracing the trails of blood seeping through the states. So far, we’ve tracked mad killers on the East Coast and said howdy to a few not-so Southern gentlemen. Up next? We’re headed out West, where these folks are having anything but fun in the sun. 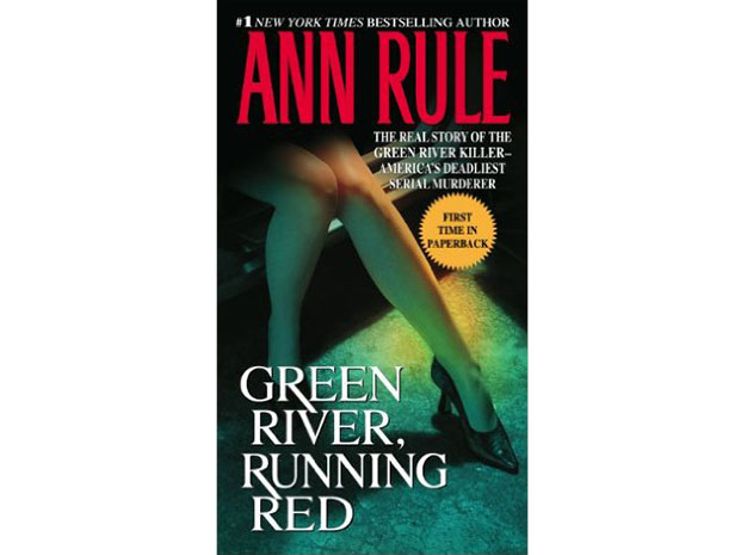 Many love Seattle for its scenic views and alfresco lifestyle, but we’re visiting the Emerald City for reasons more sinister in nature: Gary Ridgeway and the 49 women he slaughtered over a two-decade period. Dubbed the “Green River Killer,” Ridgeway is considered one of the most prolific serial killer in American history. And who better than No. 1 best-selling true crime author Ann Rule to cover the story? Especially since she spent nearly 20 years covering the case for a Seattle newspaper. 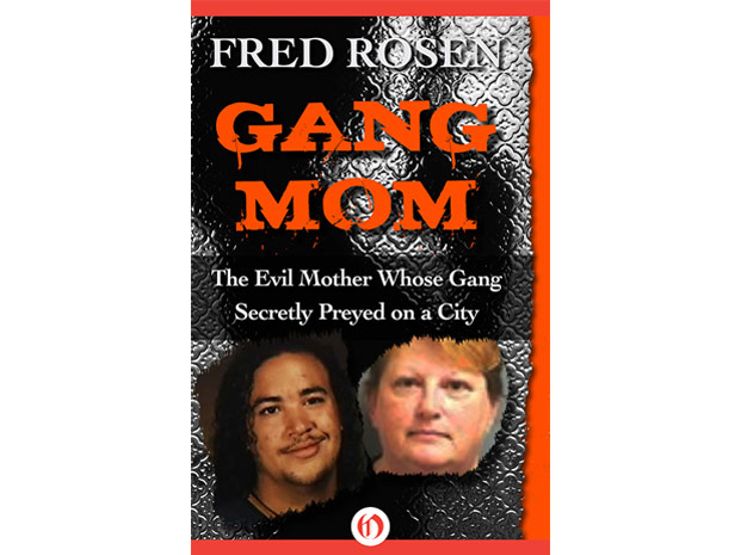 Eugene, Oregon in the ‘90s was a truly striking stretch of town fit for a postcard … but harboring a dark secret. While most families in the community spent their time tending to their farms, Mary Thompson, an anti-gang activist who moonlighted as a Ma Barker type, was breeding a crop of her own: teenage killers. Author Fred Rosen reveals her story, and how she would do anything to protect her son—the end result of her, shall we say, “questionable” parenting skills. 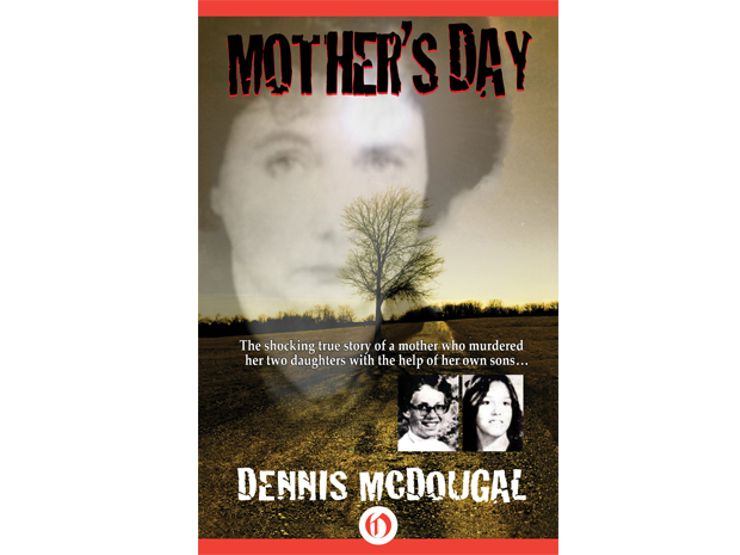 Two states deep into our tour, you may want to phone home and let Mom know you’re okay. On second thought, scratch that. Meet Theresa Cross Knorr, the monster who just may change the way you look at old mother dear. Back in the mid-‘80s, Knorr tortured and killed two of her six children, and forced the others to help her cover up the crimes. We’re talking about abuse so sick—forcing her daughter into prostitution to pay the bills, prompting her sons to help her burn one of her daughters alive in Squaw Valley—you’ll have to read Dennis McDougal’s gory account to believe it.

Download on Amazon, Barnes & Noble, and iTunes.
Related: Behind Closed Doors: the Secret Life of the Knorr Family 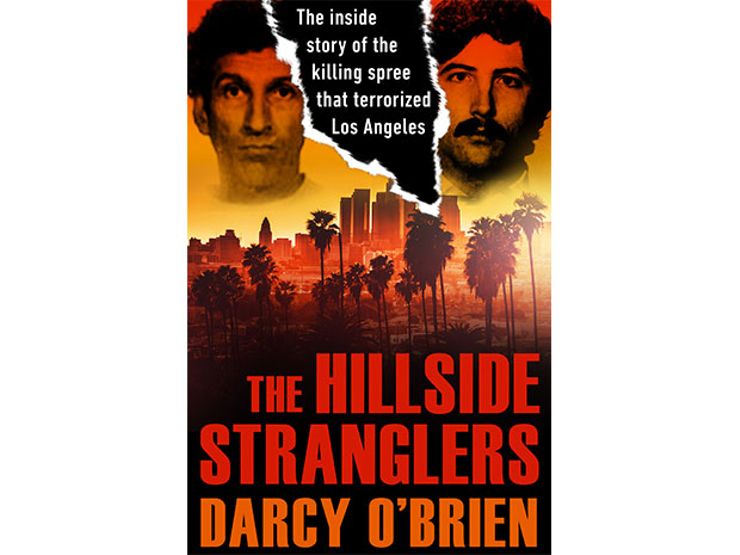 If you believe Los Angeles to be the City of Angels, then by the logics of dualism you must also believe that city is rampant with evil. And oh, is it ever. In the late ‘70s, L.A.’s crime scene was reaching peak status, as women were being found naked, dead, and discarded along the hilly fringe just north of the city. Not one, but two killers were responsible for their demise. In Darcy O’Brien’s book, he explores the hatred exercised by cousins Kenny Bianchi and Angelo Buono, tracking their case from arrest to the final bang of the gavel.

Download on Amazon, Barnes & Noble, and iTunes.
Related: The Hillside Stranglers: Death in the City of Angels 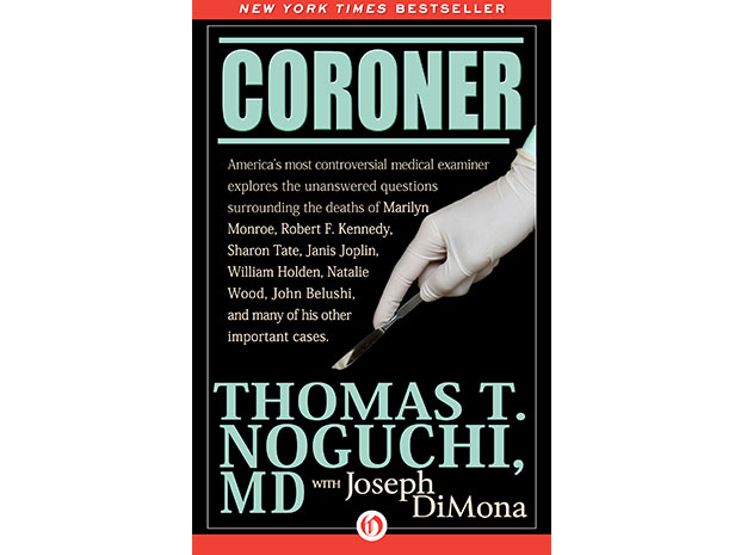 Now, we hope you’re not disappointed, but we’re skipping the Hollywood Walk of Fame this go-round and instead hitting up a fascinating star-studded read from Thomas T. Noguchi, the so-called “coroner to the stars.” Marilyn Monroe. Janis Joplin. Sharon Tate. Robert F. Kennedy. These are just a few of the high-profile subjects who found themselves under Noguchi’s autopsy knife. In his gutsy book, he’s dishing out answers to those infamous unanswered questions like, “Was it actually an overdose?” 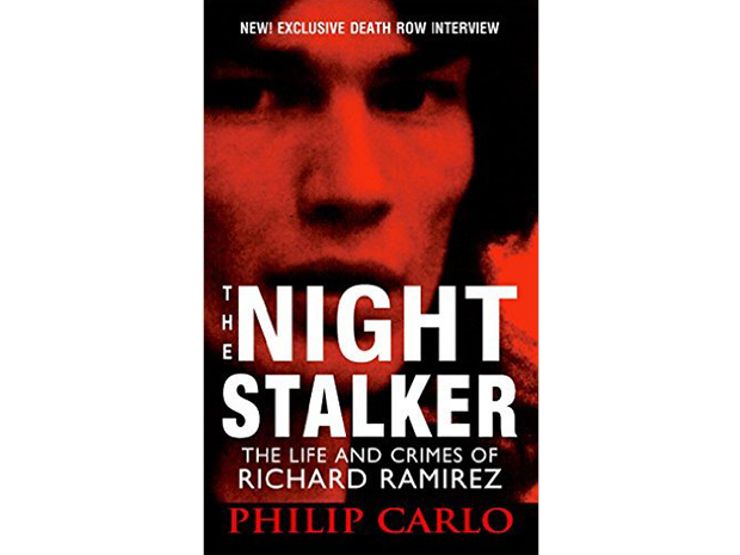 Cover of The Night Stalker: Pinnacle

Being the Entertainment Capital of the World, Los Angeles attracts copious characters—including the Satanist from El Paso, Texas, who used guns, machetes, even hammers to rack up one of the bloodiest body counts in state history. His name is Richard Ramirez, and he’s the focus of best-selling author Philip Carlo’s chilling peek into the mind of a heartless killer. For three years, Carlo researched and examined nearly 100 hours of interviews with the Night Stalker, and then turned it all into a narrative revealing just what the inside of a devil’s mind looks like.

Beverly Hills, CA: A Death in California, by Joan Barthel 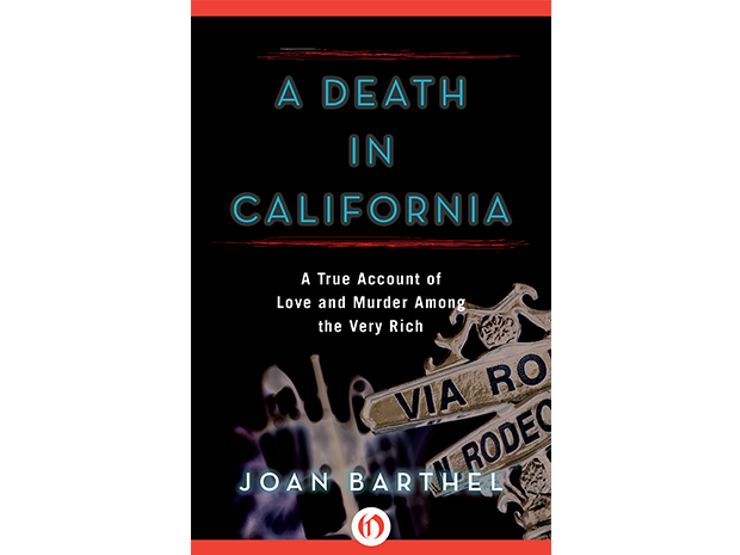 Cover of A Death in California: Open Road Media

Before we leave the city, we simply must stop in Beverly Hills—but not for shopping on Rodeo Drive. Rather, we’re browsing the details of Joan Barthel’s book, which recounts a story so salacious it may as well have been ripped from the pages of a Brian De Palma screenplay. It’s about a woman named Hope Masters, her murdered fiancée—an advertising exec she hoped would save her from poverty—and his killer … whom she eventually fell in love with. Talk about crimes of passion.

Download on Amazon, Barnes & Noble, and iTunes.
Related: She Fell in Love with Her Fiance’s Killer

Belen, NM: Cries in the Desert, by John Glatt 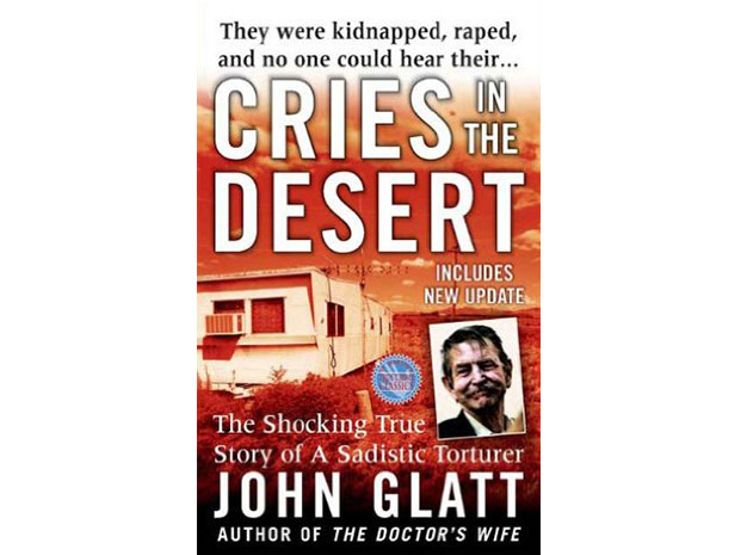 Cover of Cries in the Desert: St. Martin’s True Crime

Speaking of fit for the big screen, next up we’re hitting the interstate and making a beeline to Belen, New Mexico, the site of events so atrocious one would think they’re straight out of a horror flick. Get this: In 1999, a 22-year-old woman was found naked, bleeding, and chained to a padlock metal collar in the streets of a town just south of Albuquerque. Her escape led authorities to lovers David Ray Parker and Cindy Hendy, a pair of sickos who got off on torturing women in the lakeside trailer they liked to call their “Toy Box.” Bestselling true crime author John Glatt has the whole story, including the shocking details that came out during the trial.

Albuquerque, NM: Who Killed My Daughter?, by Lois Duncan 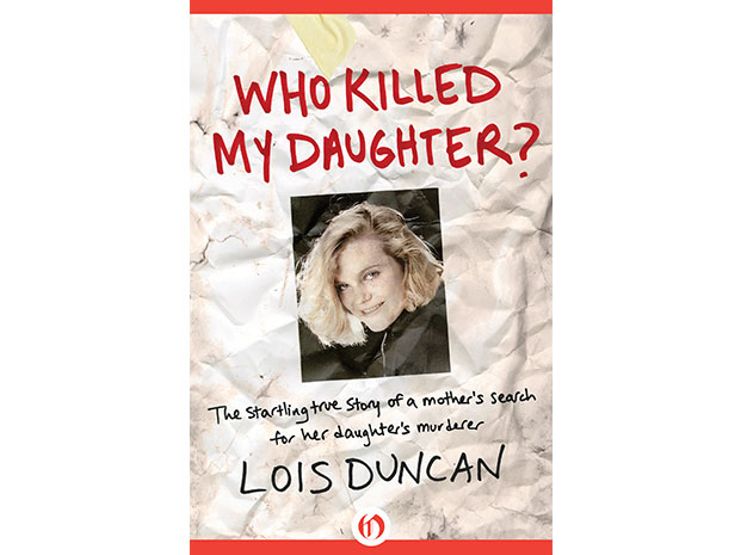 Cover of Who Killed My Daughter: Open Road Media

Before we leave the Land of Enchantment, we invite you to fall under the spell of Lois Duncan, a mother whose plight began when her college-age daughter was shot to death as she was driving home. Initially thought to be the result of a random shooting, Duncan knew better. Who Killed My Daughter? is a bone-chilling odyssey through Albuquerque’s seedy underbelly, and details a mother’s mission to get the answer to her titular question. Even if it requires conjuring the dead.

Download on Amazon, Barnes & Noble, and iTunes.
Related: “Who Killed My Daughter?”

Salt Lake City, UT: Under the Banner of Heaven: A Story of Violent Faith, by Jon Krakauer 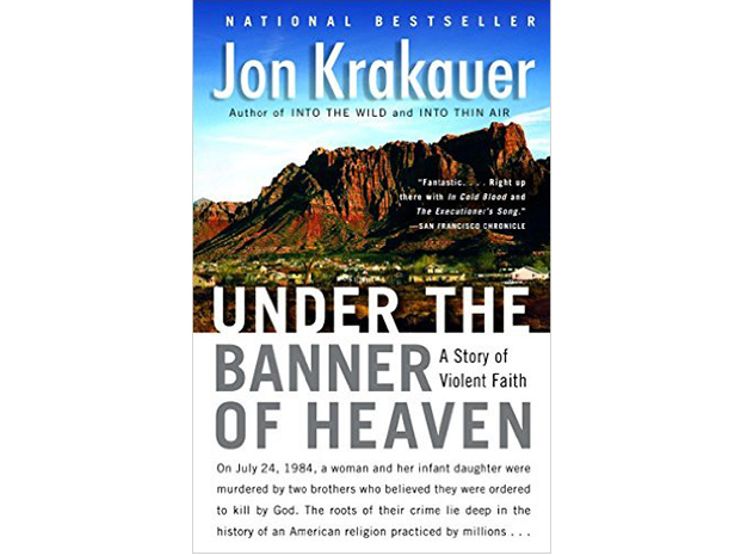 Cover of Under the Banner of Heaven: Random House

Our final stop on this leg of our great Ameri-crime road trip takes us to Salt Lake City—Utah’s high-elevation capital that plays host to snow-peaked mountain ranges, some 40,000 Mormon Fundamentalists, and a selection of religious zealots who say they answer only to God. It’s the latter who are the focus of Jon Krakauer’s investigative nonfiction read that puts the effects of extreme religion on blast. Namely, Ron and Dan Lafferty, brothers who claim God ordered them to kill their sister-in-law and her baby girl by slitting their throats. 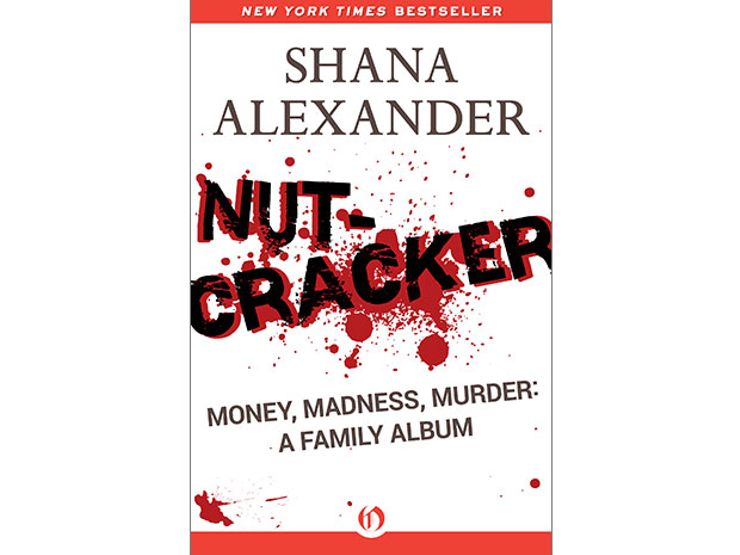 The last crime on our list is so tangled with family drama that is might as well serve as a plotline for a soap opera. On July 23, 1978, millionaire Franklin Bradshaw was shot in the back of the head by his grandson Marc Schreuder. However, the real mastermind behind the murder was the victim’s daughter, Frances Schreuder, who psychologically manipulated her son into committing the crime. Shana Alexander details the four-year police investigation, conspiracies, and dramatic trial that followed in this true crime book.