Add to your murder knowledge with these ten serial killers and their horrific crimes.

When you think about serial killers, which names come to mind? Perhaps the "charming" Ted Bundy, or killer clown John Wayne Gacy. Though there are plenty of infamous serial killers out there, there are many horrifying cases you may not have come across yet.

In Jack Rosewood's new book, The Big Book of Serial Killers, he examines some of the world's most terrifying serial killers—including those not as widely known to the public. Here are ten fascinating serial killers you'll want to know more about.

Akinmurele was known as the Cul-de-sac Killer, and murdered at least five people in England. After finding fingerprints at the scene of the 1997 murders of Eric Boardman, 77, and his wife Joan, 74, authorities connected Akinmurele to three deaths that were previously thought to be accidental. Prior to his trial, Akinmurele was found hanging in his cell. He left a suicide note to his mother that read: “I couldn’t take any more of feeling like I do now, always wanting to kill.”

Though Biegenwald was convicted of a murder-robbery, it was only the beginning as most of his killings took place when he was released after serving seventeen year in prison. After six murders, Biegenwald's crimes were finally uncovered when his wife’s friend reported that the killer had shown her a woman’s body in his garage. After he was arrested, Biegenwald’s roommate Dherran Fitzgerald provided useful information to police regarding the location of other victims as well as admitting to being an accomplice in burying the bodies.

Known as The Shoe Fetish Slayer, Jerry Brudos murdered four women in Oregon. His crimes started when he was a teenager—Brudos would follow and attack women, and then run off with their shoes. His behavior escalated, however, and when he was 17 he dug a hole to use as a subterranean prison and keep his victims as sex slaves. Brudos spent nine months in a psychiatric ward after this discovery. After being released, he settled down and got married…that is, until his ‘blackouts’ started again. He killed four women and, after attempting to abduct a 12-year-old girl who managed to escape and identify him, confessed to three of the murders.

Serial killer Thor Nis Christiansen was born in Denmark and murdered four women in the Santa Barbara area of California in the 1970s. One of Christiansen’s victims, Linda Preston, escaped after he shot her. When she saw Christiansen in a tavern two months later, Preston called the police. Immediately, they recognized similarities between the attack on Preston and four unsolved murders in the area. Though Christiansen first pled insanity, he later switched his plea to guilty for three of the murders.

Serial killer Carroll Edward Cole had 16 known victims, and had violent fantasies about strangling women from an early age. He was in and out of prison multiple times, before he attempted to strangle several women and checked himself into a mental hospital. Though doctors noted he still had violent fantasies, he was released. Alcohol played a large part in his life and relationships, and in 1979 he strangled his second wife to death. In November 1980, after being found at the scene of a murder, he was taken into police custody. When they were about to release Cole, having thought the woman died of natural causes, he began to confess to multiple murders he had committed in the past—some of which he didn’t remember due to being under the influence of alcohol.

Want more serial killers? Sign up for The Lineup's newsletter and get terrifying tales delivered straight to your inbox.

Lorenzo Gilyard was known as the Kansas City Strangler and murdered over twelve women between 1977 and 1993. Gilyard’s crimes escalated from rape to murder and, though he had been killing for years before, wasn’t under suspicion of murder until 2004. Using DNA evidence, police linked Gilyard to twelve murders—almost all of the victims were prostitutes. Due to a several reasons, Gilyard was only convicted of six of those murders. However, police are still working to link him to the other victims as he serves out his life sentence without the possibility of parole.

Sisters Delfina and María killed over 91 people at the brothel they ran together in Mexico. Young girls all throughout the country were sought to come work for the sisters as maids or waitresses…only to discover their actual job would be prostitution. But an even more sinister plot was uncovered when it was revealed that the sisters would kill girls who became sick, and even some wealthy patrons in order to get their money. After one of the prostitutes managed to escape in 1964, police discovered a mass grave riddled with bodies on the sisters’ property.

Also known as The Wolf of Moscow, Komaroff killed in the early 1920s. He murdered 33 people all in the same way: Each victim was interested in buying a horse, and Komaroff would invite them back to his home, give them vodka, and either smash their head or slit their throat. When Komaroff’s wife found out about the murders, she started helping him commit them. After being discovered, both he and his wife were sentenced to death.

Paulin’s murders took place between 1984 and 1987 in Paris. Dubbed “The Old Lady Killer,” Paulin began robbing to fuel his drug habit that resulted in multiple murders. Along with his partner, he killed over 18 people—all were elderly. After one woman survived her attack, she gave a detailed description to police, which they used to identify Paulin. However, he was never convicted, as he died of AIDs while awaiting trial. His partner, Mathurin, however, received a life sentence without the possibility of parole.

The Warwick Slasher, Craig Price, murdered four people in Warwick, Rhode Island when he was a teenager. His arrest came after he killed Joan Heston and her two daughters. Because of his age, he wasn’t a suspect in the previous murder he had committed or in that of Heston and her daughters. That is, until a large cut was found on his hand. He openly confessed to the murders when he was arrested in 1989, which made him the youngest serial killer in American history. Due to the fact that he was tried as a minor, Price was scheduled to get out of prison at age 21. However, because of bad behavior in prison, his sentence has been extended and he may be released in 2020.

By Jack Rosewood and Rebecca Lo 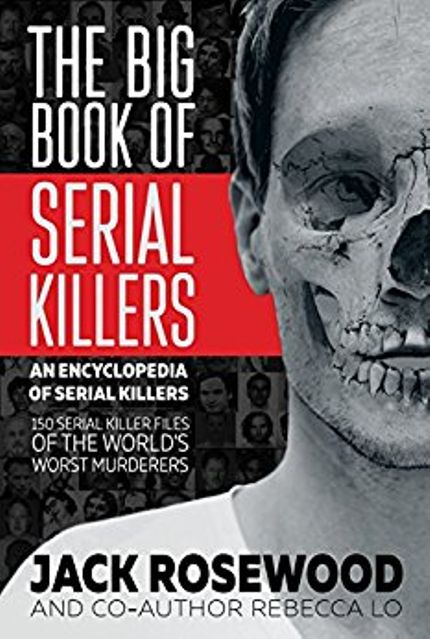 Want more serial killers? Sign up for The Lineup's newsletter and get terrifying tales delivered straight to your inbox.

This post is sponsored by Jack Rosewood. Thank you for supporting our partners, who make it possible for The Lineup to continue publishing the creepy stories you love.