What Waits Down Zombie Road?

In the backcountry of Missouri lies a sinister stretch of road, crawling with strange legends and eerie sightings.

Though St. Louis—like most Midwestern cities—is a sprawling metropolis of interconnected suburbs, you don’t have to travel far west of the city before you come to a relatively untamed region of dark forests, rivers, and caves. It is here, near a bend in the Meramec River, that you can find one of the most sinister stretches of road in the country.

The place has been called Zombie Road since the 1950s, though no one is really sure of the origins of the name. Some attribute it to the stories of a “Zombie killer” who supposedly lived in the shacks near the abandoned road and preyed upon young lovers. If that sounds like something out of an urban legend … well, it might be. But the fact is that Zombie Road has been attracting strange stories for as long as anyone can remember.

Originally built sometime in the 1860s and officially called Lawler Ford Road, the lane provided access to the river and the railroad tracks that ran alongside. Shrouded in shadow and twilight by dense clusters of trees, the road also passed through an area that was once called Glencoe, a resort community where small houses were built along the river. 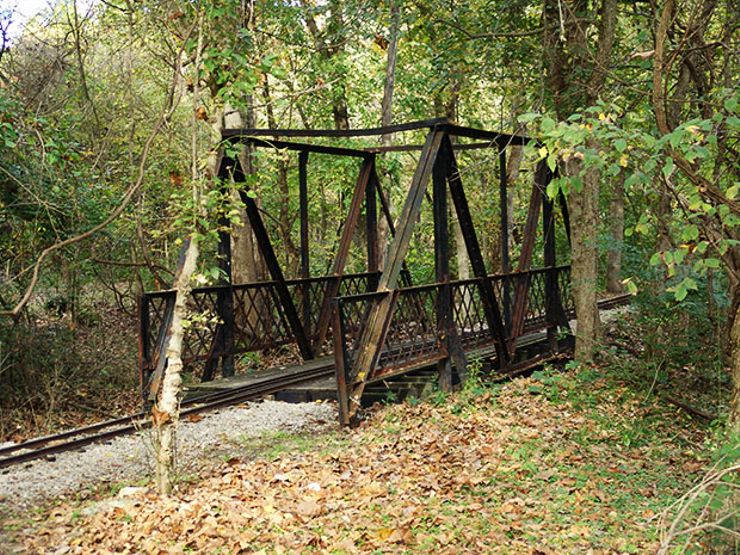 When the community dried up in the mid-1940s and the road was abandoned, the small riverside shacks were abandoned with it. Locals say that among these former homes dwells the ghost of an old woman, who comes out to yell at passersby.

From the 1950s onward, Zombie Road was a frequent setting for scary stories, a lover’s lane, and a popular place for teenagers to party. The legends surrounding Zombie Road run the gamut, from the aforementioned “Zombie killer” who may have given the road its name, to accounts of an abandoned insane asylum, an orphanage run by sadists, and hikers who stumbled upon a cemetery of murdered children, though local historians roundly refute most of these tales.

Among the most persistent rumors surrounding Zombie Road are the reports of “shadow people,” dark, humanoid shapes that appear in the trees and seem to follow travelers on the road but that are gone upon closer inspection. In 2007, a documentary called Children of the Grave aired on the SyFy Channel, complete with photographs claiming to show these “shadow people.” 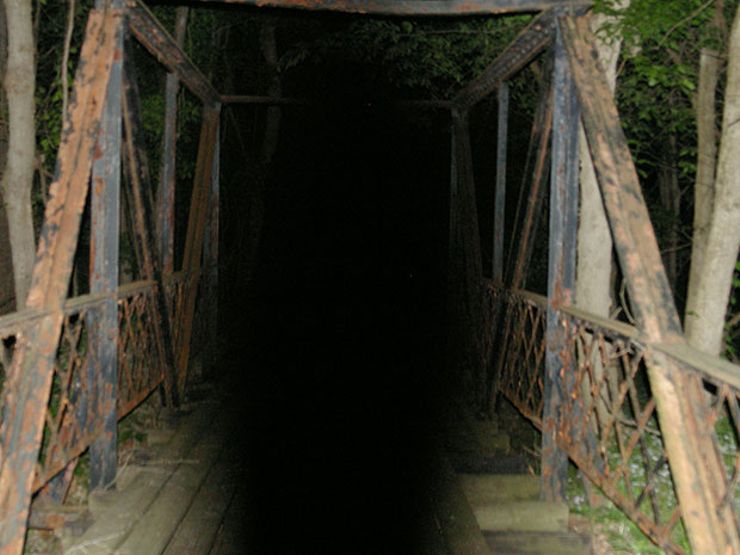 It isn’t just believers who agree that there’s something creepy about Zombie Road. Even skeptics describe the road as “claustrophobic” and say that it seems to never be the same length twice.

In 2010, the road was re-paved and re-christened Rock Hollow Trail, a gated 2.3 mile nature trail in what is now the community of Wildwood on the western edge of the St. Louis suburbs. But the spooky stretch was never able to shake the name Zombie Road, nor the sinister reputation it had attained.

Now, Zombie Road is home to bicyclists and people walking their dogs; at least during the day. By night, there are still reports of strange sights and sounds along the trail, and it remains a popular place for trespassing, in spite of signs that warn of fines up to $1,000 for anyone caught on the trail after dark.

Whether or not the specters and “shadow people” still haunt Zombie Road, there’s one thing that you can be sure of: the police do. Since it was converted into a trail, the police have written hundreds of tickets for trespassing. And yes, the tickets do say “Zombie Road” on them.