Always Wanted to Serve on a Jury?

Guilty or innocent? You decide. 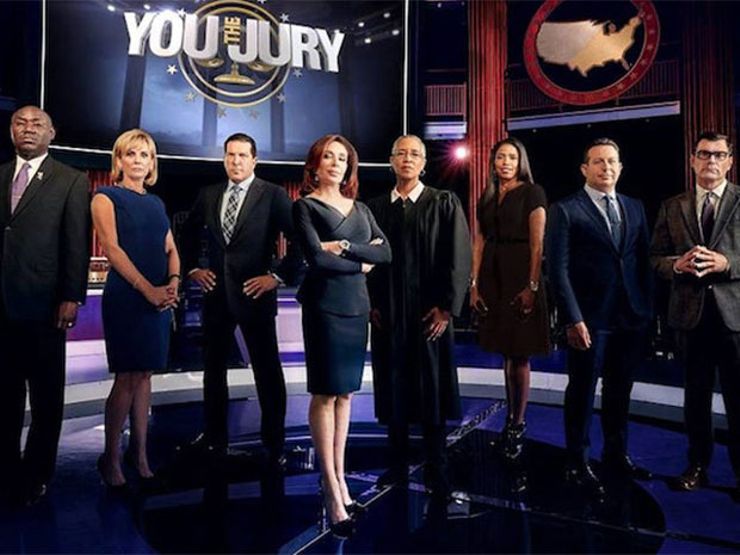 If you watched any part of the O.J. Simpson trial, you definitely wondered what it would’ve been like to be a part of that jury. And you can probably say that same thing about the Menendez brothers’ trial or The People v. Robert Blake. But there are fascinating cases happening every day that deserve your attention—and judgement, too.

It’s time to listen to the facts and make your opinion known with FOX’s new immersive reality show, You The Jury. This series is unlike anything you’ve seen before. As the title suggests, you—the viewers—serve as the jury on real-life cases, using your phone to cast a ‘Guilty’ or ‘Not Guilty’ vote.

Every week, You The Jury presents a new case in this very public courtroom. Former judge of the Superior Court of California LaDoris Cordell presides over each episode, while well-known attorneys serve as the prosecution and defense. Among the legal talent on display is Jose Baez, who defended Casey Anthony, and Benjamin Crump, who fought for justice for Trayvon Martin. These litigators cross examine the litigants and witnesses in front of the biggest jury ever: the American public.

According to the show’s site: “Once the cases are presented, it will be up to America to decide who will prevail. Viewers will have the opportunity to vote for approximately five minutes, via text and the FOX Now app, after the case has been presented. At the end of the East/Central time zone broadcast, ‘America’s Verdict’ will be revealed.”

Tuning in on the West Coast? Not to worry; your vote still counts. If enough votes from West Coast and Mountain Time viewers result in a different verdict, the original decision is overturned.

You The Jury tackles cases dealing with highly contentious and relevant issues in American society: the limits of online trolling and free speech; the conflicting relationship between religious freedoms and gay rights; even the circumstances surrounding mysterious deaths and disappearances. Furthermore, in a surprising twist, the closing arguments for all of the cases are presented by the plaintiff and the defendant, rather than by their lawyers.

The first episode, which aired last Friday, focused on the Robyn Gardner disappearance case. Gardner vanished after taking a snorkeling trip in Aruba with a man named Gary Giordano. Giordano is the main suspect in the disappearance, as he reportedly took out a 1.5 million dollar accidental death policy on Gardner before they left for their trip. Watch the legal drama of the Giordano case unfold by streaming the entire episode HERE.

Want more true crime television? Sign up for The Lineup’s newsletter, and get the creepiest shows delivered straight to your inbox.