The Gloomy Ghosts of the Witch’s Castle

In the woods of the Pacific Northwest is a derelict building rumored to be the home of sinister forces.

Chances are, you grew up near a site said to be haunted. Perhaps it was a spooky house in your neighborhood that stood empty for years, or an old public building that had fallen into ruin. These places collect names as surely as they collect sinister stories, and one such spot is a derelict building in the Pacific Northwest known as the Witch’s Castle.

Located in Forest Park between Portland and Beaverton, the Witch’s Castle sits alongside Balch Creek, near the junction of Wildwood Trail and the Lower Macleay Trail. The land where it stands was once owned by Danford Balch, who leant the nearby creek its name. In 1850, Balch filed a land claim for the property, and worked to clear it with the help of an itinerant worker from Vancouver named Mortimer Stump. 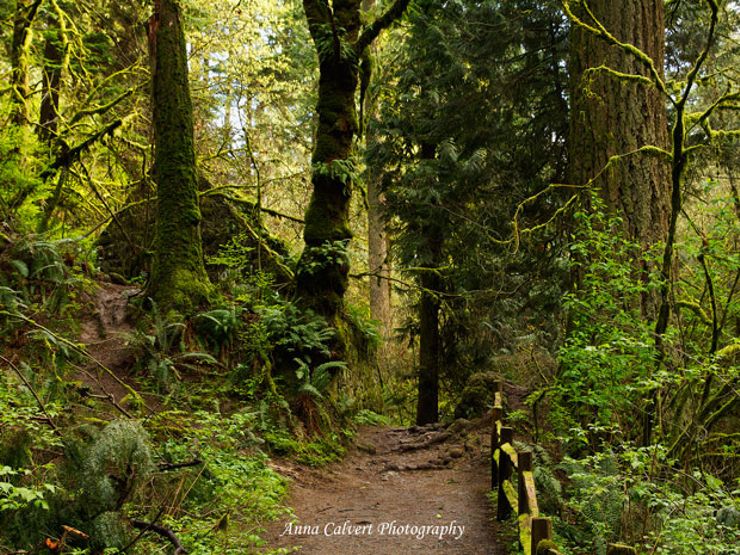 Balch and Stump worked together, spending hours in the other’s company. They were bound to either grow close like family, or split violently apart. Tragically, it was the latter that came to pass.

Stump is said to have fallen in love with Balch’s fifteen-year-old daughter Anna. The couple asked for Balch’s blessing to be married. Balch not only refused, he threatened to kill Stump if the pair eloped.

Undeterred, Anna and Mortimer ran off to Vancouver, where they were married in November of 1858. A few weeks later, the newlyweds returned to Portland for supplies, along with some other members of Stump’s family. There, they encountered Balch, who shot Stump dead with a shotgun. According to some accounts, Balch later claimed that his wife had “bewitched” him into killing his former partner in order to bring their daughter home. Perhaps this was the beginning of the legend of the Witch’s Castle. 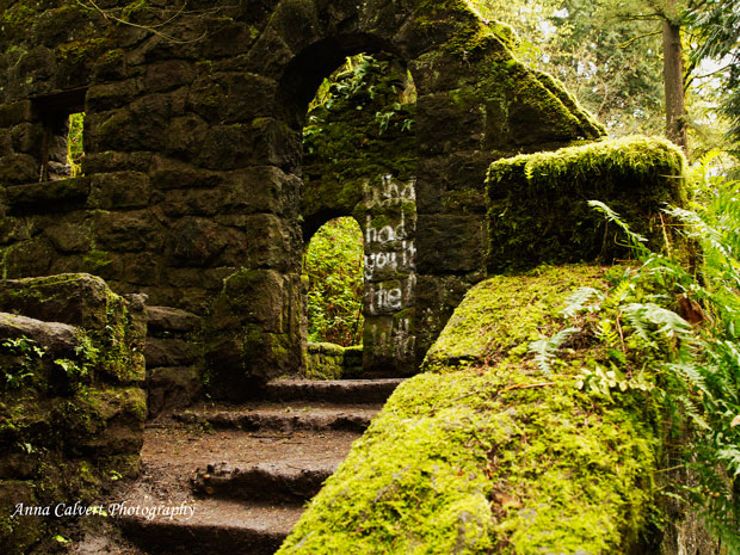 Danford Balch was promptly arrested, but managed to escape from custody and hide out on his own property for six months before he was apprehended again. He was convicted of murder and hanged on October 17, 1859. The execution was the first legal hanging to occur in the Oregon Territory.

Balch’s wife continued to live in the cabin after his death, and his land was divided among his children. According to some stories, the murder of Mortimer Stump and execution of Danford Balch didn’t put an end to the feud between the two men—which possibly continued from beyond the grave.

RELATED: THE GHOST WHO SOLVED HER OWN MURDER

In 1897, the land was given to the city by its then-owner Donald Macleay to be used as a park. In spite of stories claiming that it was once the Balch homestead, the structure known as the Witch’s Castle was actually built in the 1950s to house restrooms and a ranger’s station. It fell into disrepair quite quickly, and was abandoned in the 1960s. Though there is little left to mark its former function, the stone walls and steps remain, their covering of moss conjuring images of eerie Gothic castles. 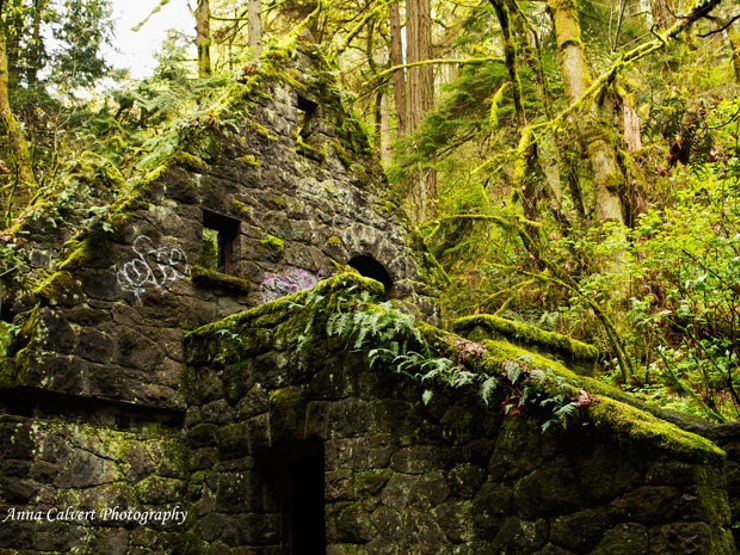 It’s no wonder, then, that ghost stories have sprung up around the place. Some say that the spirits haunting the Witch’s Castle are those of the Balch and Stump families, still fighting their old feud. Others make no connection to the land’s dark history, claiming that the castle was instead home to a witch’s coven or Satanic cult. Even as a public restroom and ranger station, the stone structure in the wood was supposedly plagued by supernatural phenomena. Visitors felt uneasy upon entering, and toilets reportedly flushed on their own, scaring patrons. Some say the building was abandoned because such paranormal activity was too much to bear.

I actually visited the Witch’s Castle while I was in Portland for the H.P. Lovecraft Film Festival last year, along with a fellow author of weird fiction. We parked up the trail at a visitor’s center and walked past caged birds that stared at us with dark, impassive eyes. The trail led us deep into a wilderness that looked like something from Skull Island or the engravings of Gustave Dore. 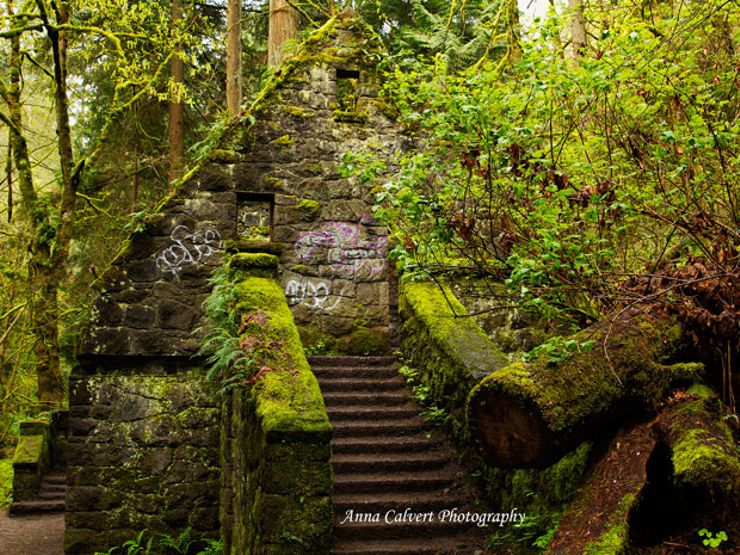 The castle itself was smaller than it looks in pictures—and far smaller than the name would imply. Much of its mystery evaporates in the daylight, especially when one encounters additional legend trippers seeking the site. Still, the haunting allure of Witch’s Castle is undeniable. It struck me as the kind of place where high school kids would sneak out at night, where dares are made, and ghost stories are told. Looking out from a gloomy room in the upper level of the building, I could easily imagine strange lights flickering in the forest, while forms glided through the shadows beneath the glow of the moon.

Special thanks to photographer Anna Calvert for allowing us to feature her photos in this post. To see more of Anna’s work, check out her Flickr page.