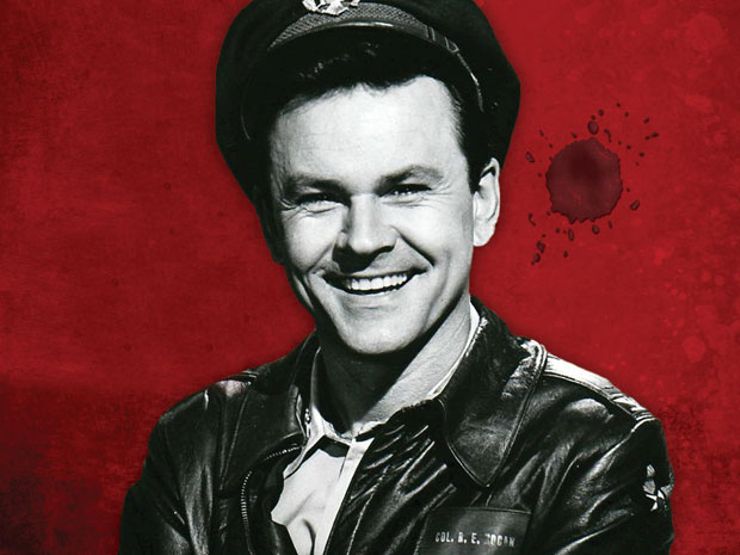 On June 29, 1978, Bob Crane, the devilishly handsome star of the CBS hit sitcom Hogan Heroes, was found bludgeoned to death in his apartment in Scottsdale, Arizona.

Crane’s brutal murder stunned the public. Who could have killed such a beloved figure?

As it turns out, the actor had been leading a secret life behind closed doors.

For years, Crane and his longtime pal John Carpenter were bound by a dark obsession: videotaping their sexual encounters with different women. Carpenter introduced Crane to this new technology in the mid-1960s. He would often meet the actor on the road as he performed in dinner theaters around the country.

After each show, the pair spent the night cruising bars, picking up women, and documenting their sexual exploits on home video.

But by the summer of 1978, it seems Crane had grown tired of his relationship with Carpenter and planned to end their partnership. The actor even told his son before his fateful trip to Scottsdale, “Carpenter’s becoming a pain in the ass. I’ve got to make some changes.”

Carpenter was in Scottsdale at the time of Crane’s murder; he fled to Los Angeles just hours after the slaying occurred. Police soon tracked down the man for questioning. When they discovered bloodstains in Carptenter’s rental car—matching Bob Crane’s rare blood type—Carpenter became their top suspect. 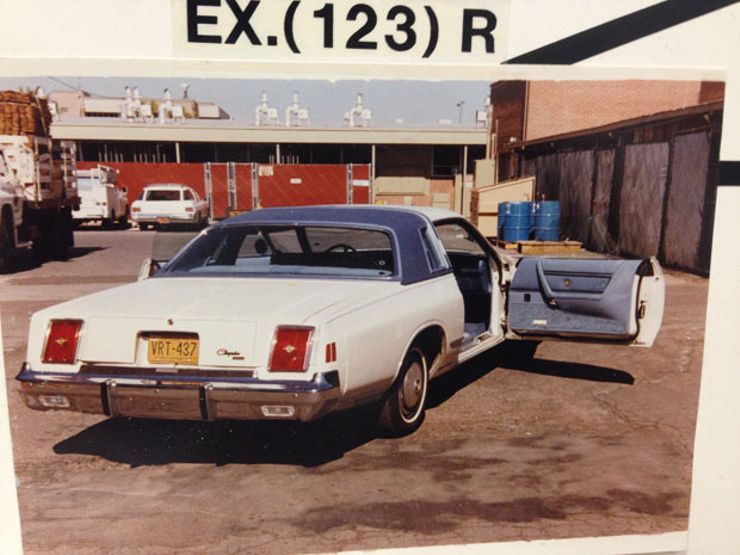 Yet the case was far from solved. While Carpenter was eventually put on trial in 1994, DNA tests at the time could not prove the blood found in Carpenter’s car actually came from Bob Crane. Absent any definitive proof, Carpenter was found not guilty.

Thirty-eight years after Crane’s shocking murder, author and veteran Arizona journalist John Hook takes a fresh look at the case in his new book, Who Killed Bob Crane?: The Final Close-Up. In an unprecedented investigation, the Maricopa County Attorney’s Office in Arizona allowed Hook to retest the original DNA evidence from the Crane murder. The results are shocking, and raise troubling new questions about the crime.

Read on for an excerpt and then download the book on Amazon or buy it on Barnes & Noble. 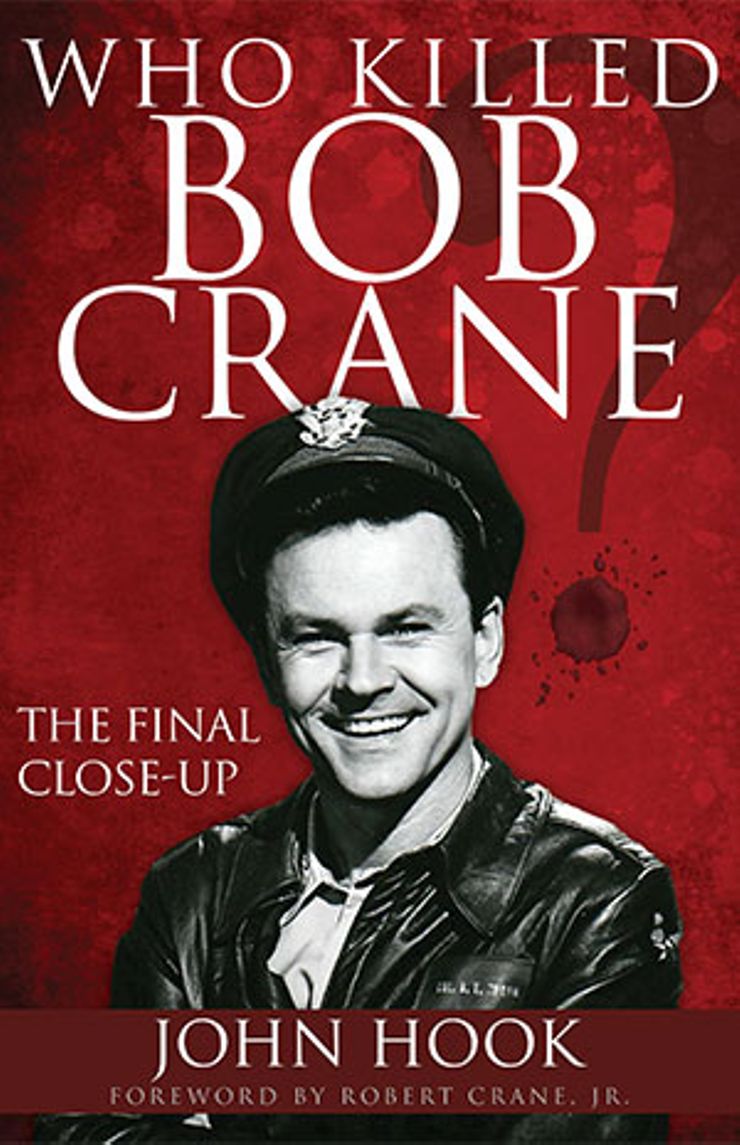 The door to Bob Crane’s apartment was unlocked. As actress Victoria Berry slowly turned the handle, she was surprised. Bob always locked his door. For a man so reckless in his personal life, he could, at times, be cautious. It was a quarter past two in the afternoon, and getting hot—already 104 degrees outside. Berry was dressed for it: in high-cut, light blue running shorts, her blonde hair spilling over her shoulders and her breasts protruding from a skin-tight tee-shirt.

Bob had planned for her to come over that day to do a voiceover of a scene from the play they were performing in. Who knows what else he had in mind. After all, she reminded herself, they’d had sex twice before. Both were starring in the cast of Beginner’s Luck, a play that was in its final week at the Windmill Dinner Theater in Scottsdale, a 10-minute drive from the apartment Bob Crane had rented. For Crane, who had been a big TV star, this kind of work was beneath him. But it paid the bills and attracted plenty of women, both within and outside the show. Berry noticed that the morning paper was still on the sidewalk outside his front door. She picked it up and knocked several times on the door of 132-A at the Winfield Place Apartments with no answer. As she looked around, she saw Bob’s car parked in front of the apartment complex. He must be here, she thought. Maybe he’s swimming in the back… 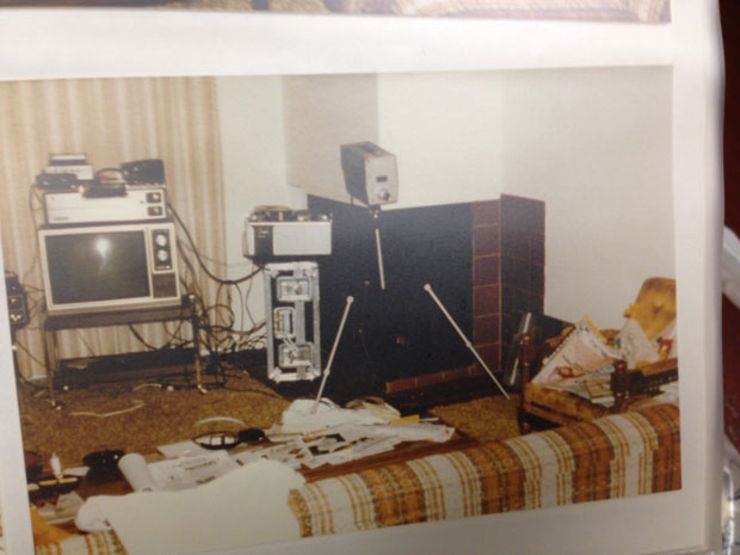 Berry knocked again, slowly turned the doorknob, and gently pushed open the door. She called out “Bob… Bob… Bob?” No answer. She put the paper on the kitchen table and placed the bag she was carrying on the floor as she slowly walked through the apartment.

It was pitch dark. All the drapes inside were closed. As her eyes slowly adjusted to the darkened room, she could make out the video equipment—camera and cables scattered about the living room, as usual. Crane was obsessed with this new technology. Everywhere his acting jobs took him, his video equipment was in tow. Berry called out again: “Bob… Bob?” Again, no answer.

Victoria walked to the arcadia door that led to the pool in the center of the complex. He must be out there… she thought. She pulled back the curtains that covered the arcadia doors, but Bob was not at the pool. She turned back toward the inside of the apartment, and made a right turn toward Crane’s bedroom. The door was slightly ajar. She pushed it open.

Someone was lying in bed, but she couldn’t make out the form. At first, when she saw the dark streaks, she thought it was a woman with long hair lying on her right side. But as her eyes adjusted, she could see it. Blood! Blood was everywhere. All over the pillow, the bed sheets, and spatters of it on the wall above the bed. She let out a scream. Her mind raced. Oh my God… what the hell is going on? She thought. As panic set in, she could feel her heart beating in her head, her breathing becoming a pant. At first she thought it might be a woman. One of Bob’s girlfriends who had killed herself? As she fixed her gaze on the lifeless form, she realized it was a man. But was it Bob… or his good friend John Carpenter? Carpenter often stayed with Bob when he was on the road. She didn’t know. The head was bloody and unrecognizable. Blood was pooling and had poured out the victim’s nose. And then she noticed an electrical cord, with the plug on one end, wrapped around the victim’s neck. She let out another scream, backed out of the bedroom and ran outside. 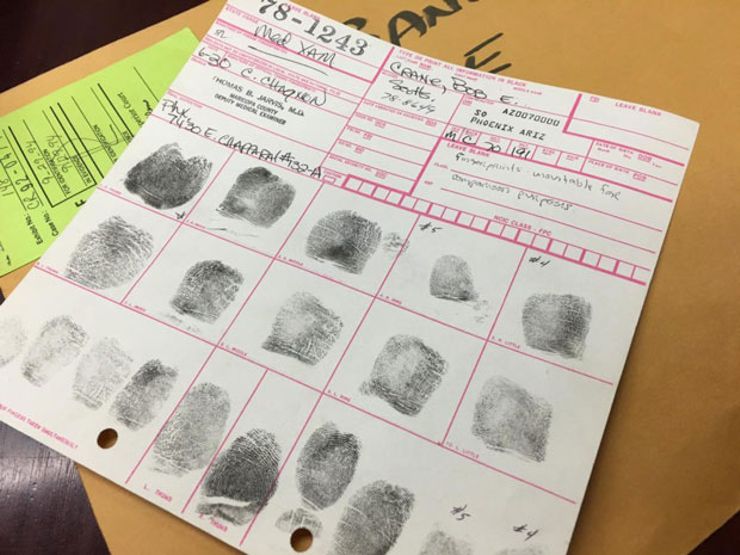 Her heart pounding in her chest, panting, and sobbing she saw Mary Lou Hawkins, a neighbor, walking by. “Can you please help me?” she asked, crying. “There’s a man dead in the apartment. I’m afraid it’s Bob!” Berry followed Mrs. Hawkins to her apartment. She grabbed the phone, and dialed the operator. “Connect me to the Scottsdale Police Department, please!” she shouted. A Scottsdale Police dispatcher came on the line and asked, “What’s your emergency?” Hawkins answered, “There’s a man apparently dead in apartment 132-A Winfield Place Apartments.”

Berry paced outside the apartment, in a daze, crying and shaking. Her mind racing with the possibilities. Is this really happening? She thought. Did Bob kill himself? Was it really Bob in that bed? Maybe it’s his friend, John? She still wasn’t certain exactly what she’d seen. But she knew that whoever was in that bed had met with a violent death.

Want to keep reading? Download Who Killed Bob Crane?: The Final Close-Up  on Amazon or buy it on Barnes & Noble.

All photos courtesy of the author, John Hook