The Execution-Style Murder of Kenya’s Most Famous Playboy

In 1940s Africa, Josslyn Hay slept with the wrong woman and ended up dead. More than 70 years later, theories about the murderer are still emerging.

Josslyn Victor Hay, 22nd Earl of Erroll, almost had it all.

Devoid of all responsibility, he lived a privileged existence among fellow English nobles in 1920s colonial Kenya – a.k.a. Happy Valley. He spent his days playing polo, gambling, drinking, doing drugs, and sleeping around with his many willing partners – most of them married.

Lord Erroll and his twice-divorced, older wife Lady Idina Sackville were popular residents of the hedonistic community. While they were married, the couple threw days-long parties where all guests were required to sleep with someone before the party ended. The only caveat: They had to have sex with someone other than who they came with.

Unfortunately, Lord Erroll’s marriage crumbled as his gambling debts piled up. Soon after Lady Idina left him, he quickly found comfort – and a hefty checking account – with Edith Maude “Molly” Ramsay-Hill. He moved right into her palatial home Osserian, built during her previous marriage, and the two continued their decadent, promiscuous lifestyle.

Not even a decade later, Molly died from heroin and alcohol abuse at age 45. Once again single, Lord Erroll turned his attentions to a new member of the Happy Valley community: Lady Diana Broughton.

The blond, voluptuous siren was the much-younger wife of Lord Erroll’s friend Sir Jock Delves Broughton. Though practically all members of Happy Valley slept around with each other’s spouses, full-blown affairs were off limits.

But Lord Erroll and Lady Diana were smitten. They continued to see each other until Lady Diana finally asked Sir Jock for a divorce. As part of the prenup between 27-year-old Lady Diana and 57-year-old Sir Jock, the couple had agreed that if Diana fell in love with a younger man, she could ask for a divorce and still be given an allowance for seven years after their split. 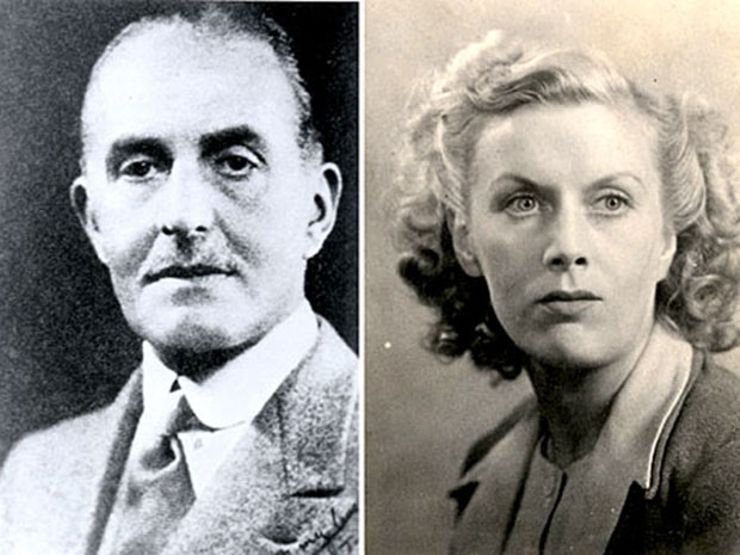 Sir Jock agreed to the divorce, and on the evening of January 23, 1941, the three had dinner at the ritzy Muthaiga Club. As a show of goodwill, Sir Jock toasted the new couple publicly.

Lord Erroll left thinking he had just secured the hand of a beautiful new wife. But his bliss was short-lived.

The next morning, Nairobi dairy workers found the lord dead in his Buick at a deserted crossroads; a bullet was lodged into his brain.

Since he had always been the center of Happy Valley society, 39-year-old Lord Erroll’s death rocked the small community. Lady Diana was desolate, and the other colonist’s were scandalized, as their secret excesses came to national attention.

A slow police response and heavy rain had washed away any footprints and tire marks that could assist in identifying the possible murderer. And with no eyewitnesses and no murder weapon, there was only one lead for the detectives to follow.

Although Sir Jock had seemed to accept his wife’s new love, citizens remembered him having fierce arguments with Lord Erroll. So the focus of the investigation turned to Lady Diana’s husband. When police visited, they found him burning a pair of his shoes, and he showed signs of anxiety when told about the post-mortem report.

He was arrested shortly after, and the trial  started March 26.

However, the trial hinged on the identification of the correct weapon in Sir Jock’s possession, a gun with a chamber matching the five grooves on the bullet that killed Erroll. Sir Jock was in possession of a Colt with six grooves, and claimed that two of his other pistols had been stolen days before the crime was committed.

The lawyers for the prosecution unsuccessfully argued that he had fabricated the theft to throw off the investigation. Even more bizarre was that the foreman of the jury happened to be Sir Jock’s barber.

Because of the weak evidence against him, Sir Jock was acquitted of the murder on July 1. By the time he was released back into society, he had lost everything. Diana had left him and taken another lover, and the residents of Happy Valley refused to allow him back into the colony.

He eventually returned to England, and in December 1942, Sir Jock committed suicide by overdosing on morphine, leaving behind two children … and unanswered questions.

In the 70 years since the murder, numerous theories of what happened that fateful night have continued to surface.

During Broughton’s trial, his lawyer suggested that Diana was responsible for her lover’s murder. It was believed that Diana had a lesbian lover, June Carberry, and the two conspired and killed Erroll, knowing that her husband would be blamed for the murder.

One farfetched theory stated that the MI-6 had assassinated him on Winston Churchill’s orders, on suspicions of being a fascist. 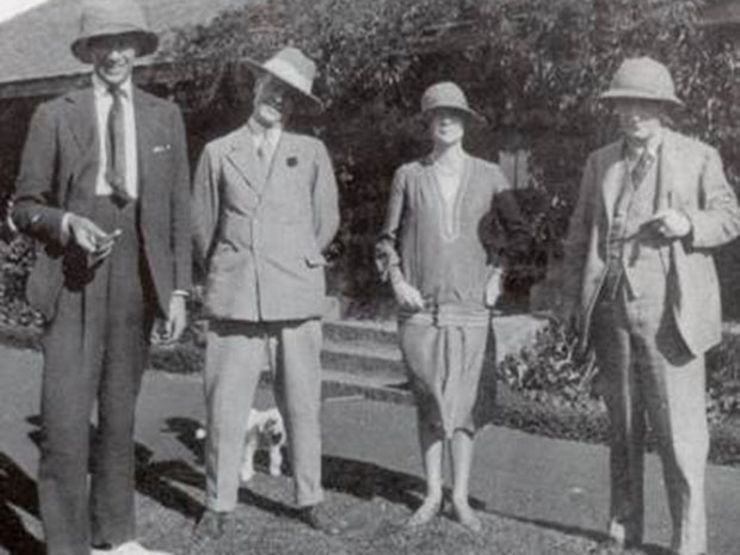 In 2010, Kenyan-born author Paul Spicer attributed the murder to another one of Lord Erroll’s former lovers, American heiress Alice de Janze in his book The Temptress. The two had been sleeping together on-and-off since the lord had been married to his first wife, Idina.

A suspect in Lord Erroll’s murder before attention was shifted to Sir Jock, Alice was no stranger to crimes of passion: Years earlier, on a trip to Paris, she shot a former lover who had jilted her, before shooting herself. Both survived, and a French court handed her a six-month suspended sentence.

Months after Lord Erroll’s death, on September 30, 1941, Alice committed suicide by shooting herself in the heart. She left behind five letters addressed to the police, her daughters, a former lover, and the last a suicide note. The contents of the letters were never made public, but Spicer, who’s mother was a friend and confidant of Alice’s, uncovered information about the letter to the police: It contained a full confession to Lord Erroll’s murder.

With its killer mix of money, sex, and murder, it’s no wonder the case made its way into popular culture. In 1982, journalist James Fox released the novel White Mischief, a historical account of the murder. The true crime book became a seminal text on the affair, and it was later turned into a film of the same name in 1987, starring Charles Dance and Greta Scacchi. 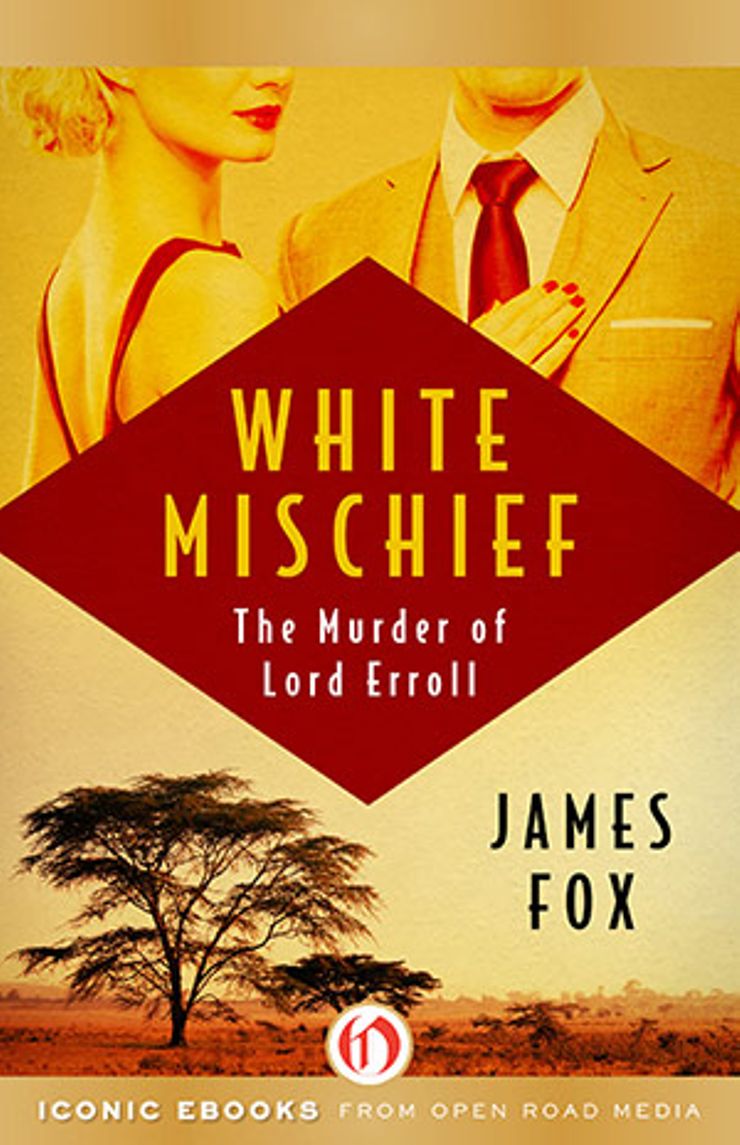