The Lineup Presents: The Weirdest News Stories of 2015

Take a freaky trip down memory lane as we revisit the weirdest news of 2015.

What a long, strange year it’s been. From zombie cats and crime-fighting alligators to goat sacrifices and strange lights in the sky, join us for a freaky trip down memory lane as we revisit the weirdest news stories of the year gone by.

Fined for Failing to Kill 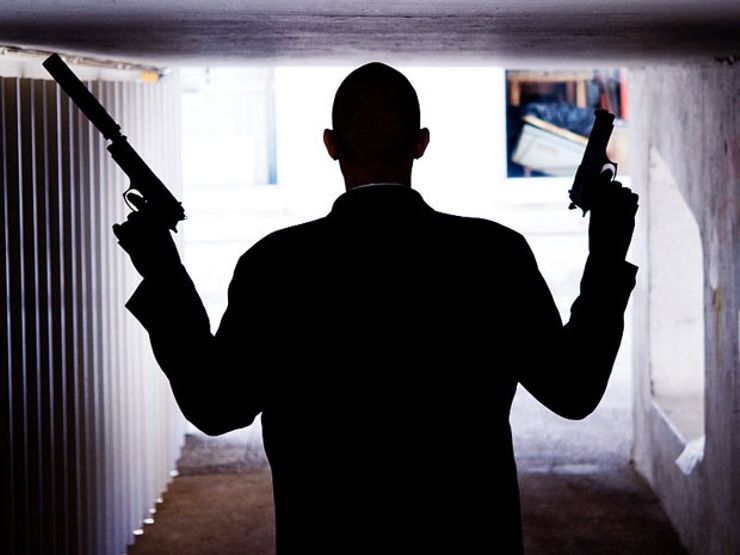 January 14, 2015 – They say that crime doesn’t pay, but sometimes not committing a crime can also cost you. Just ask a 21-year old Norwegian man who was fined 10,000 crowns (around $1,300) for failing to follow through on a contract killing. The man who paid for the deed was sentenced to two years in prison, though it was later commuted. The would-be hitman, meanwhile, was only charged with fraud, as police found no evidence that he actually intended to go through with the murder. [via Reuters] 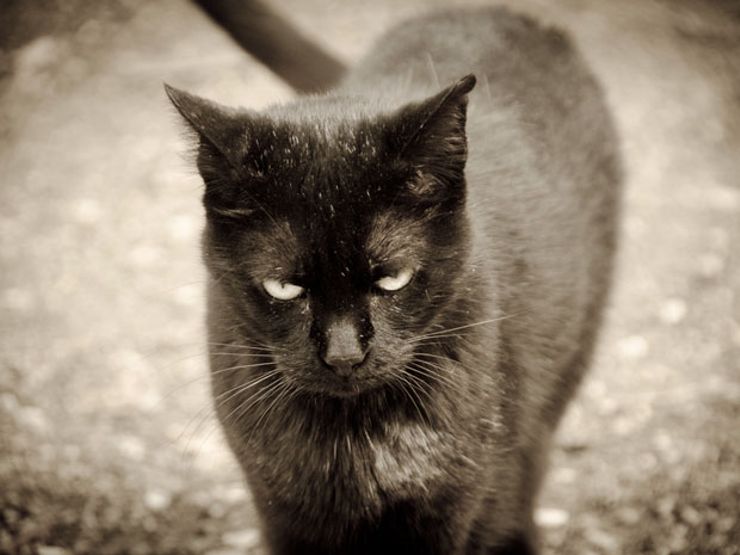 February 3, 2015 – A cat in Tampa, FL clawed its way out of its own grave five days after being hit by a car and buried, presumed dead. But the story of Bart—or “Zombie Cat,” as he quickly became known on social media—doesn’t end there. After recovering from surgery, the Tampa Humane Society announced that they would not be returning the reanimated feline to his owner, citing concerns about Bart’s “home environment and the events leading up to his burial.” The owner of the Lazarus cat filed a counter motion demanding the return of his revenant pet, claiming that the Humane Society was just using Bart for publicity. [via CNN]

RELATED: WHAT WAITS DOWN ZOMBIE ROAD? 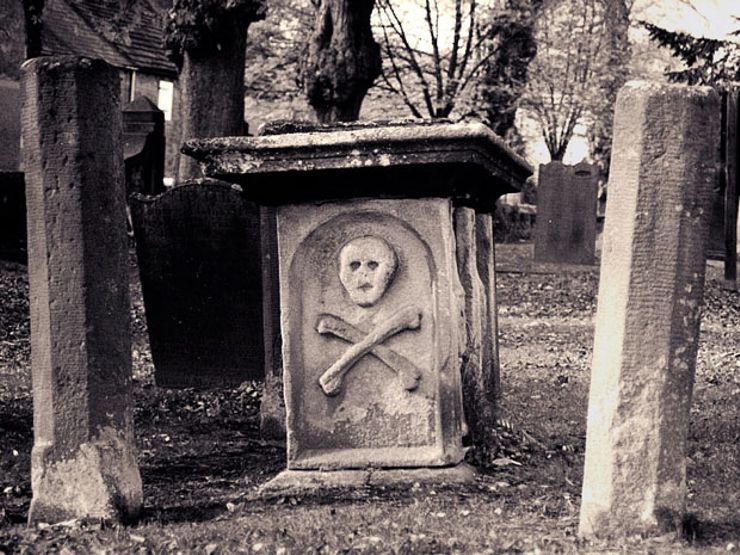 March 30, 2015 – In a story that sounds like it could have been ripped straight from an episode of Tales from the Crypt, Stephen Woytack was killed in Pennsylvania when his mother-in-law’s tombstone fell on him. Cemetery caretakers ruled out interference from beyond the grave, saying that spring thaws sometime cause the stones to tilt and even fall over. [via WNEP]

RELATED: 10 CREEPY AND BEAUTIFUL CEMETERIES TO VISIT ONCE IN YOUR LIFE 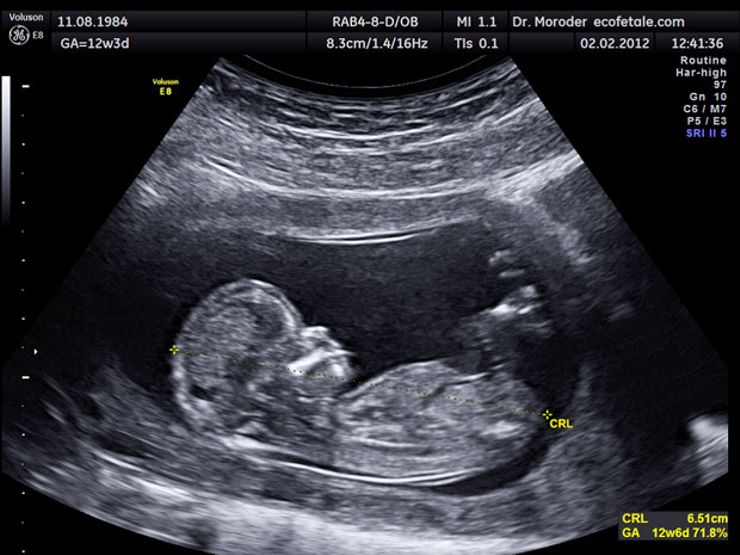 April 10, 2015 – Sharista Giles of Tennessee woke up from a five-month coma to the news that she was a new mom. The 20-year-old was already in the second trimester of her pregnancy when a car accident in December put her in a coma. Doctors didn’t expect her to ever wake up, and delivered the baby prematurely in January. When Giles unexpectedly opened her eyes in April, a picture of her new baby was one of the first things she saw. [via Newser] 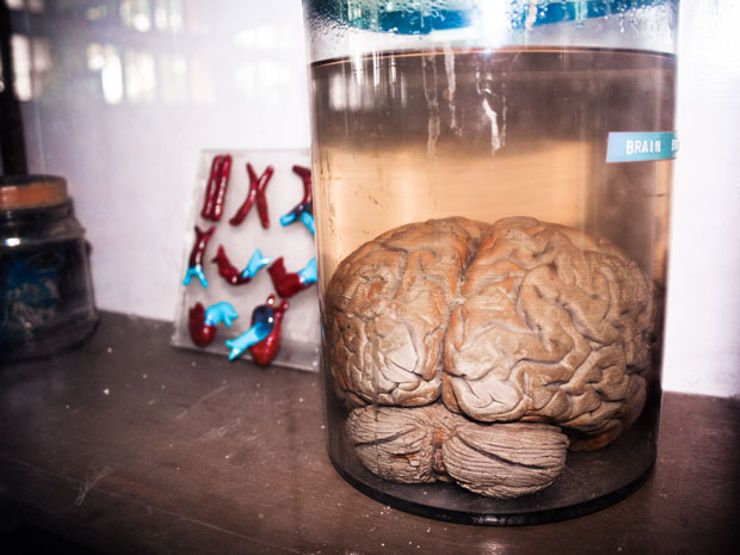 May 26, 2015 – Residents of the small town of Gouverneur in upstate New York were undoubtedly shocked to find nine intact brains lying in the road near a railroad crossing. According to a local vet, the brains likely belonged to dogs or possibly sheep, and had been professionally removed and preserved in formaldehyde. While authorities still have no idea where the brains came from or how they got there, they say that they were probably part of a collection for research or education, and that no criminal activity was suspected. [via NY Daily News]

RELATED: 10 FASCINATING FINDINGS ABOUT THE BRAINS OF CRIMINALS 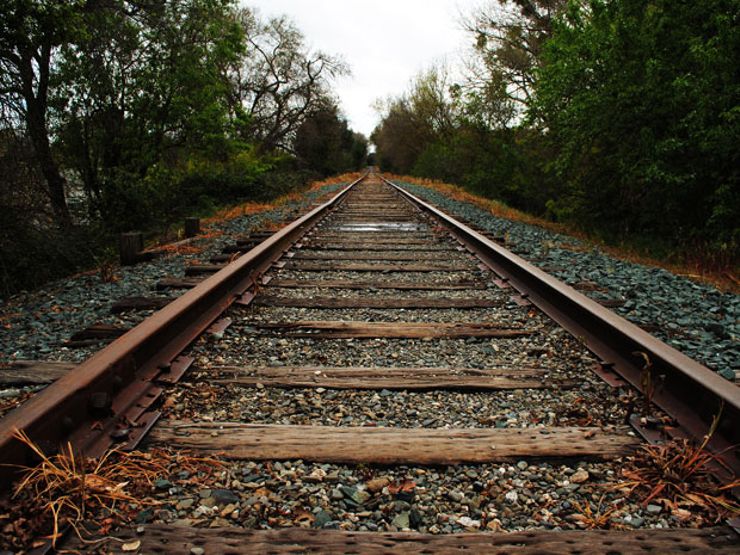 June 27, 2015 – Not so in Sacramento, CA, where stranger things than a few stray brains are afoot. The body of a decapitated goat was found beside the light rail tracks in the California capital, its head placed next to its body, along with a decapitated rat, catfish, and a bag of decapitated chickens. To make matters more unsettling, this isn’t the first time this has happened, with authorities reporting more than a dozen animal decapitation incidents since the beginning of the year, involving goats, birds, cows, and even a tortoise. This time, however, a nearby surveillance camera caught what appeared to be a woman in a white van depositing the grisly tableaux. Authorities hope to track this woman down to find out what she’s doing. [via The Sacramento Bee]

RELATED: 5 FREAKY URBAN LEGENDS FROM AROUND THE WORLD 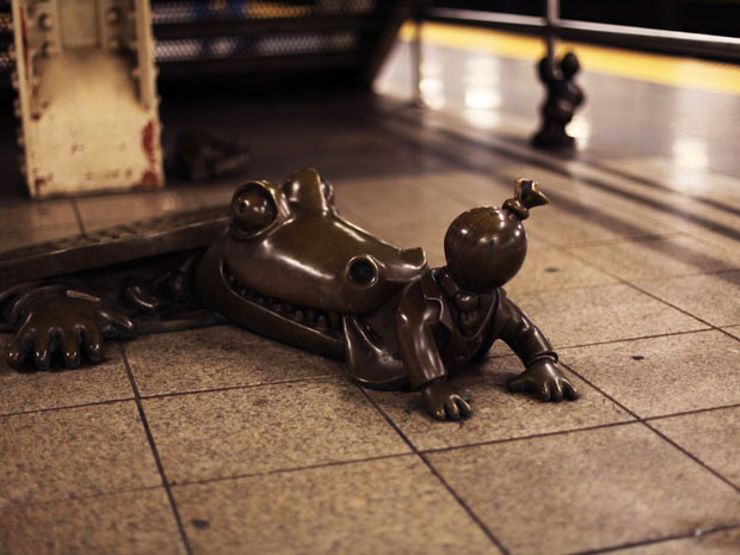 July 24, 2015 – We all know that those stories about alligators in the New York City sewers are nothing more than urban legends, right? Don’t tell that to the 3-foot gator that the NYPD took into custody after it was found crossing the street near Ninth Avenue and 205th. The alligator was nicknamed CockadoodleQ by the Animal Care Centers of NYC, but unfortunately died shortly after it was apprehended. [via NBC News]

Silence of the Lambs House for Sale 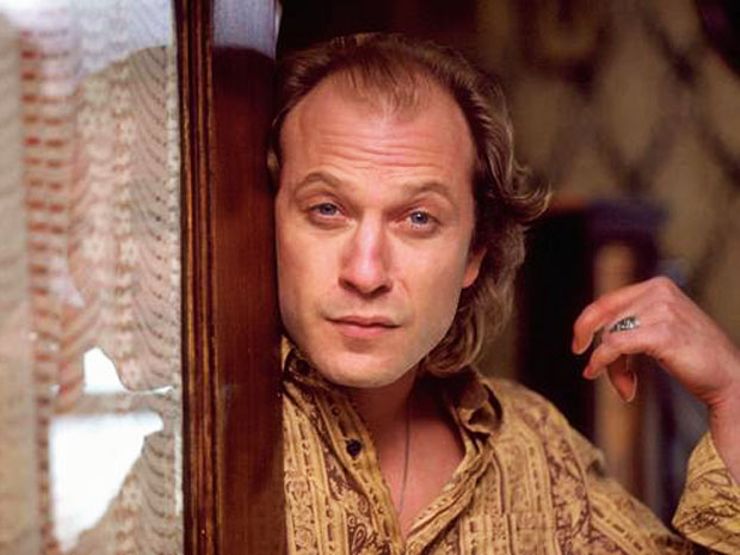 August 21, 2015 – The Pennsylvania house that stood in for the home of the Buffalo Bill killer in Silence of the Lambs—where he kept, killed, and skinned his victims—went on the market in August, and is surprisingly still available. For those who’d like to live in a piece of scary movie history, you’re in luck. While the owners were originally asking $300,000, the price has since been (ahem) slashed, and is selling for a steal at $275,000. [via Today.com]

RELATED: INSIDE THE DEMENTED MIND OF JOHN WAYNE GACY, JR. 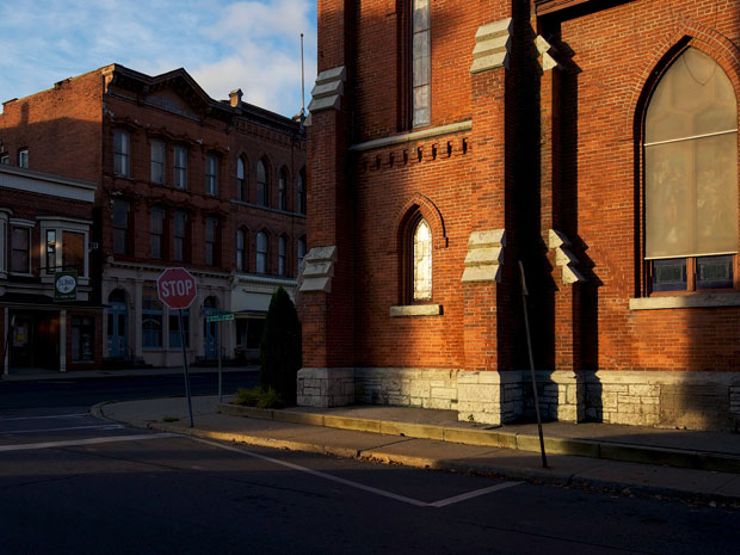 September 30, 2015 – Mary Kersting didn’t let the death of her 93-year old mother stop her from cashing the elderly woman’s Social Security and pension checks. Kersting simply kept her mother’s body in the downstairs apartment where she had lived for more than a year before police found the badly decomposed corpse when they came to check up on the older woman. [via CBS News] 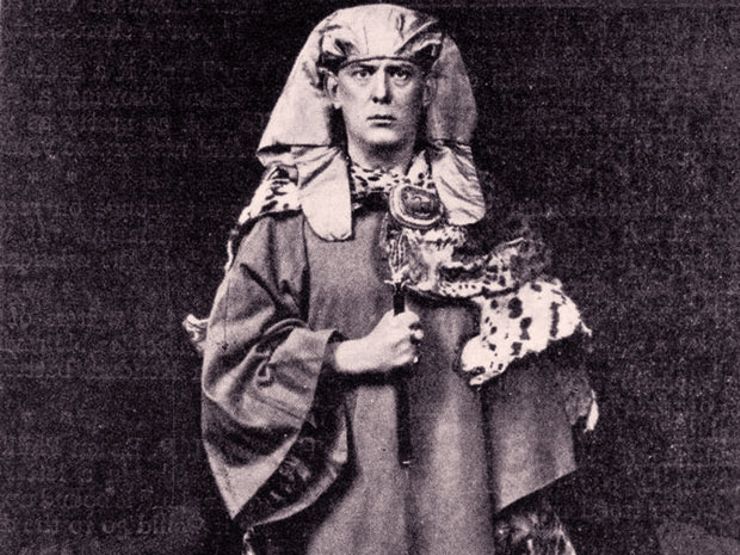 October 6, 2015 – It’s not unusual for politicians to be embroiled in scandals, but the gossip surrounding the Libertarian Party candidate for Florida’s Senate race is certainly unorthodox. The 32-year-old former lawyer, who goes by the name of Augustus Sol Invictus, is a self-proclaimed follower of the religion of Thelema, based on the teachings of Aleister Crowley, and raised a stir when he admitted to sacrificing a goat to the “god of the wilderness” and drinking its blood. [via The Washington Times]

Strange Lights in the Sky 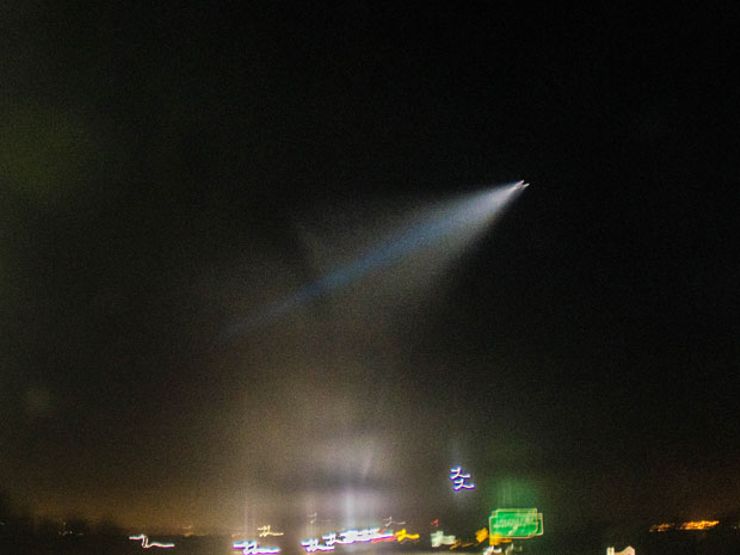 November 8, 2015 – Residents all over southern California saw what looked like a UFO in the night sky in early November. Pictures and videos of the phenomenon quickly spread across YouTube and all over social media. Of course, the government explained that the lights were caused by a missile being tested by the Navy, but there are still plenty of people out there who want to believe… [via NPR] 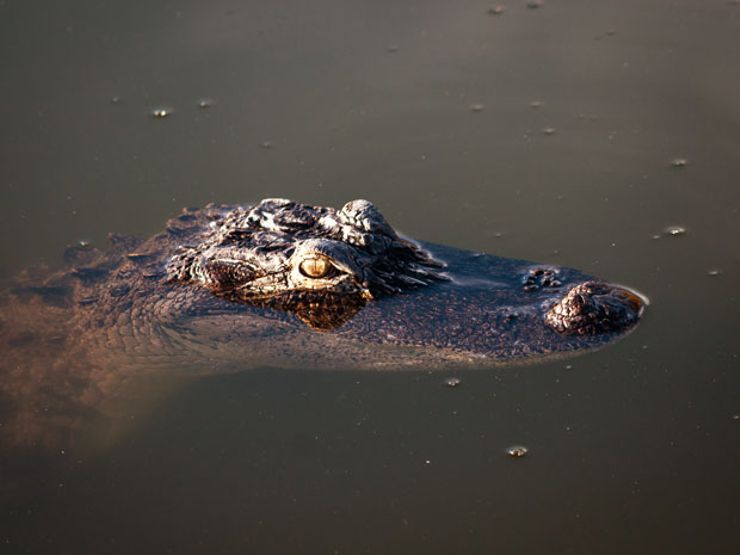 December 8, 2015 – One upping September’s alligator-in-NY, this story proves that Florida is still the state to go to for your weirdest news story of the year. An alligator near Palm Bay thwarted the escape of a burglary suspect… by eating him. Deputies were pursuing the suspected burglar when he waded into a lake to avoid their dogs. While he may have escaped the cop canines, he soon encountered a far deadlier foe: An 11-foot alligator. What was left of his body was found 10 days later, with the gator still standing guard. [via Reuters]