If anyone can reinvent the Gothic romance, it’s the multi-hyphenate master of darkness Guillermo del Toro. In his latest project, Crimson Peak, the Mexican writer/director strips the genre of its hoity-toity etiquette and replaces it with ghosts, violence, and kink.

Traditionally, Gothic romances feature a virtuous heroine tempted by a brooding lad who’s running from an unjustly checkered past. With Crimson Peak, however, del Toro’s leading man is anything but innocent—and his heroine is anything but a prude.

Rather than suppress female desire like the classics of yore, think Jane Eyre, del Toro crafts a leading lady who is both pure and sex positive. Further refreshing the genre, he casts not one female lead, but two in a pair of strong performances that are vital to the plot. 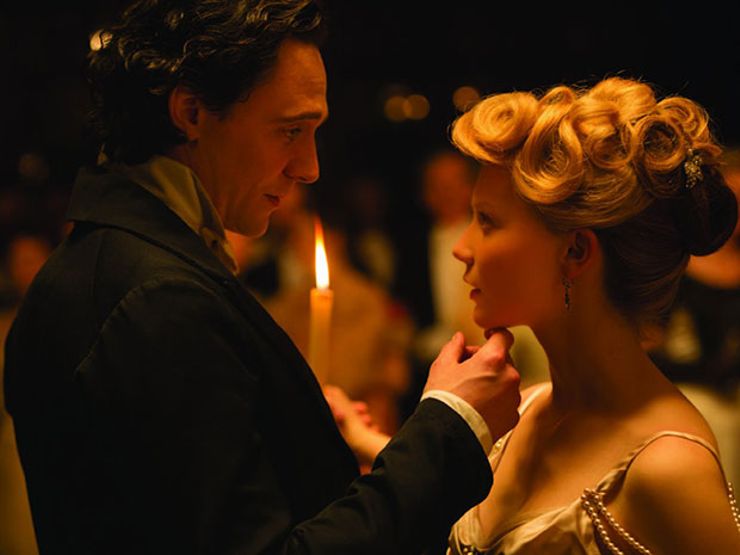 Speaking of plot, the story follows Edith (played by Stoker's Mia Wasikowska, right), an author with a traumatic childhood who’s able to see ghosts. She falls for the once-wealthy Thomas Sharpe (Thor's Tom Hiddleston, left), and the two marry. Their honeymoon is short-lived. Soon Edith finds herself trapped in a mysterious ménage-a-quatre that includes Thomas’ villainous sister, Lady Lucille (Mama's Jessica Chastain, below, who researched her role by reading serial killer books). As for the fourth participant in this sinister configuration? That would be the rotting mansion in which they all dwell, Allerdale Hall. 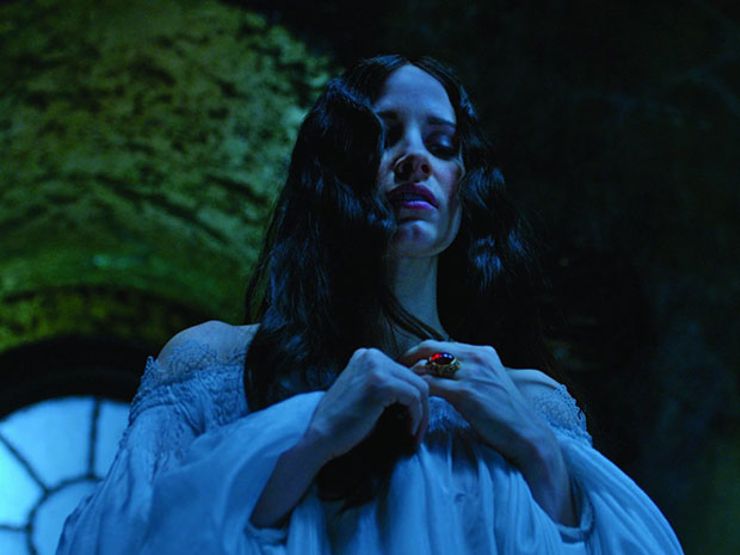 Though its cast is stellar, Crimson Peak’s haunted house is the real star of the show. Del Toro and company built a three-and-a-half story labyrinth filled with frightening monsters and bleeding ghosts. The set is its own metaphorical character, a decaying entity rotting from within just like its trapped inhabitants—all of whom are slowly going mad.

Already a dominant player in the field of monster movies, del Toro wades into uncharted territory with Crimson Peak, his first foray into Gothic romance. It’s also his first adult English-language film (not counting Blade II). And though it screened at this year’s Fantastic Fest, critics remain tight-lipped under embargo. 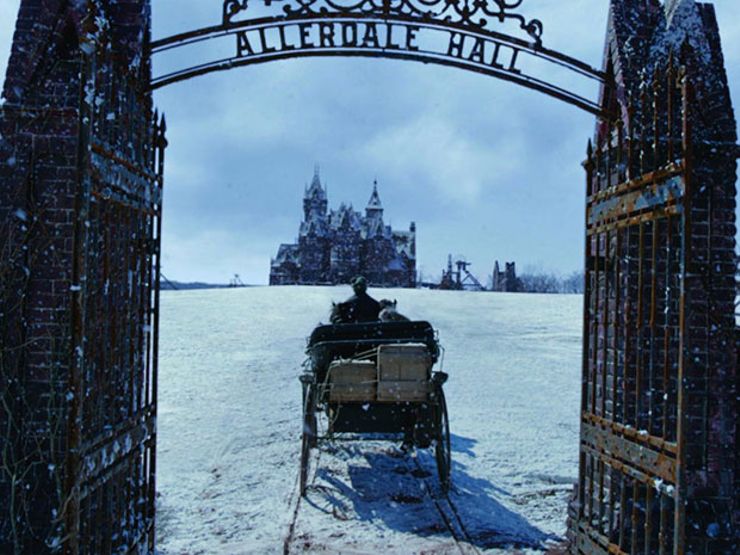 No matter. If Crimson Peak is anything like del Toro promises—a cross between the filmmaker’s previous fantastical works Pan's Labyrinth and The Devil’s Backbone—then we’re all in for a treat. And a few tricks, as well.

All photos courtesy of Universal Pictures