Johnny Depp is no stranger to playing colorful characters. But it’s his latest role as a pale-faced, ice-eyed Southie crime boss that just may be his finest yet.

Black Mass, an expansive gangster thriller depicting the true story of how James “Whitey” Bulger befriended the FBI to take down the Italian mafia and reclaim his turf, hits theaters Friday. And if it’s not on your list of things to do by now, you better move it to the top or end up in the Bulger burial ground.

A clan that believes blood is always thicker than water, the Bulgers are a tight-knit Irish-American family made famous by two brothers with conflicting pursuits: William, a graduate of Boston College who becomes president of the Massachusetts senate in 1995; and James, a Boston crime boss who goes from the Alcatraz Federal Penitentiary to masquerading as an FBI informant all in the name of turf wars. 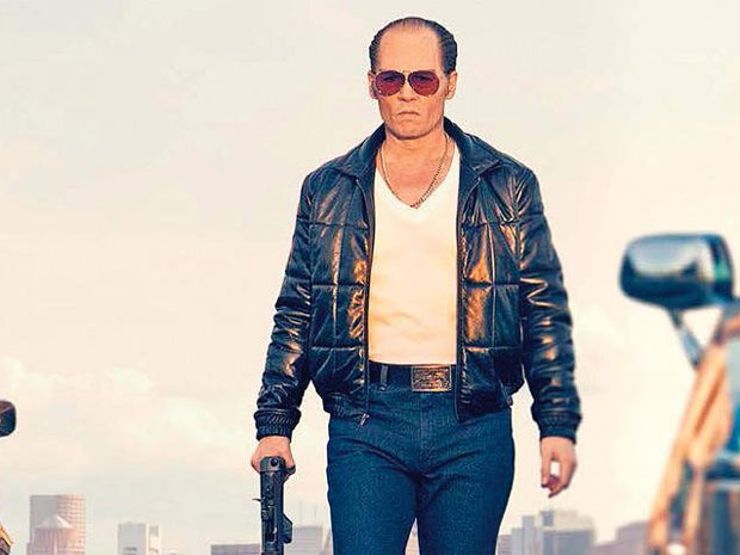 Though macabre in tone, Scott Cooper’s killer biopic crafts a fact-based feature that will make genre enthusiasts smile, even cheer, on the inside. It has everything you want in a mob thriller: hyper-violence, hardened hit men, and moments so intense you can hear your heart beat.

The film kicks off with Bulger’s right-hand man, Kevin Weeks (played by Breaking Bad’s Jesse Plemmons). We see Weeks chatting up the feds, divulging the inner workings of his day-to-day life as Whitey’s confidant. And it’s these flash-forward scenes of Bulger’s crew breaking their code of silence that Cooper keenly uses as the vehicle to propel his thriller along.

Depp, of course, takes the lead, but he shares the screen with some of today’s flashiest talent: Benedict Cumberbatch as Whitey’s brother, William; Joel Edgerton as John Connelly, the FBI agent who shields Bulger and his crew; and Corey Stoll as Fred Wyshak, the pit bull prosecutor brought in to clean up Connelly’s corruption. Juno Temple, Dakota Johnson, and Julianne Nicholson round out the cast. Each leaves a lasting impression—though their time on screen is shorter than a rat’s post-snitch time on earth. 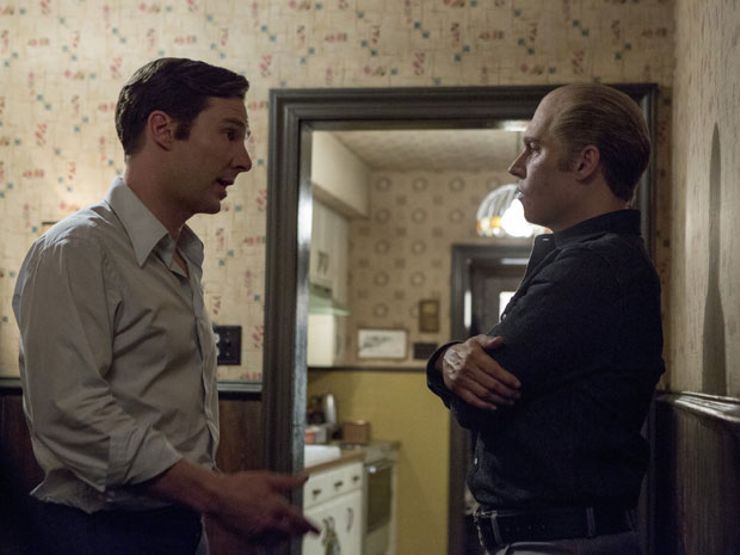 With an all-star cast and a gritty true crime script that would make Scorsese salivate, Black Mass is a must-see flick. But don’t go in expecting a traditional narrative yarn. Rather Cooper spins a dark character sketch that’s at once startling and powerful. Anchored by a seething performance from Depp, it’s a film that grows on you like a mass—a black mass.

All stills from "Black Mass" via Warner Bros.