9 of the Strangest Victorian Deaths Reported in the Newspapers 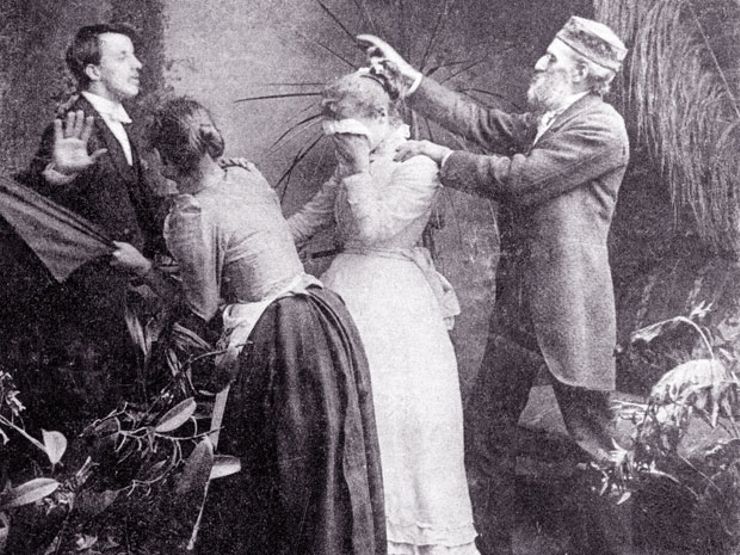 The Victorian era was a quirky one, especially when it came to death.  For as obsessed as the Victorians were with vitality and beauty, they were just as fascinated with the art of dying.

Cholera outbreaks ravaged England and Europe throughout the late-19th century; typhoid and yellow fever sunk its claws into parts of America. Child mortality rates were on the rise.

And it certainly didn’t help when Queen Victoria entered a perpetual state of mourning upon the unexpected death of her husband Prince Albert. Albert died in 1861—the victim, according to his doctors, of typhoid fever. After his death, Victoria donned her black veil and left it in place until her death in 1901.

With mortality on everyone’s lips, it comes as no surprise that the newspapers of the day saw fit to report on the many strange demises that occurred throughout the world. Headlines boasting “A Strange Death” or “Mysterious Ending” littered papers on both sides of the Atlantic Ocean throughout the late 1800s. Some of these reports are particularly noteworthy for the curious circumstances surrounding the demises.

Here are nine of the strangest deaths that can be found in Victorian-era newspapers. May the poor souls rest in peace, despite their odd deaths having been forever immortalized thanks to the digital age.

1. An Accidental Death by Tree-Leap

It’s not everyday that someone attempts Tarzan-like tree acrobatics, but that is exactly what occurred on August 13, 1912, according to the Times of London.

A woman named Brooker was one of 205 patients at a hospital for the mentally impaired outside of London when she snuck away from supervision.

At first, no one noticed. It was only after the head attendant and nurses began their ritual head count that they realized Brooker had gone missing.

The staff tore across the hospital grounds searching for her, only to find Brooker up in a tree in the recreational yard. Desperate, they first stretched out a blanket into a safety net to break her fall. Yet Brooker refused to budge. The caretakers then placed a fire escape ladder against the trunk and gestured for her to come down.

Brooker promptly climbed to the top of the tree, glanced down at the gathering crowd below her, and took a leap of faith.

She fell toward the outstretched blanket. Unfortunately, “the force of the impact made the blanket touch the gravel beneath, and the woman’s neck was dislocated and the base of her skull was fractured.”

Her death was labeled “accidental” and no blame came to the asylum. 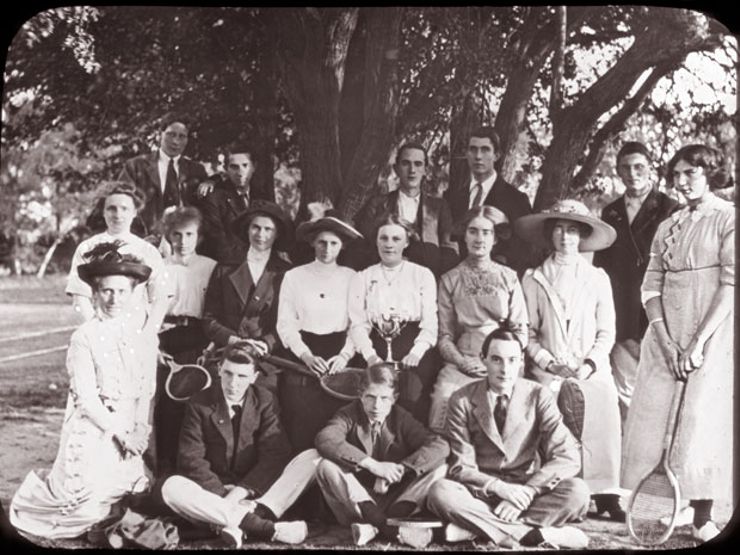 2. Staring Down the Barrel of a Gun

In 1881, Widnes, England, played host to an unfortunate string of events.

One October night, a man called Birchall assigned his servant, Hague, a rather simple task. There was a four-chamber revolver in Birchall’s home, and Birchall asked Hague to retrieve it. The pistol was to be a gift to a policeman.

Hague immediately set off to fetch the gun. He found it on a table, lifted it to his face for close inspection, and promptly shot himself through the mouth.

While a neighbor rushed to the scene with the police, a servant picked up the gun with the intention of demonstrating what had happened during Hague’s self-shooting.  Then, in an absurd case of irony, the servant managed to duplicate Hague’s fate.

According to the Sunderland Daily Echo and Shipping Gazette, “the firearm went off and shot her through the mouth. Both are dead.”

Children are prone to placing random objects in their mouths, and Victorian children were no different. On October 1, 1897, one poor family living just outside of London in the village of Brockley learned how lethal this habit could be.

According to The Blackheath Gazette, a Mrs. Cereche had placed her darling girl, Alice, on the floor to crawl around.  Not long after, Mrs. Cereche realized that young Alice had snatched something up from the floor and stuck the object in her mouth.

The infant began to cough and Mrs. Cereche began to panic. She called for her local doctor, Dr. Forster, who attempted to extricate the object from the infant’s throat to no avail. By 7:00 A.M. the following morning, Alice was pronounced dead.

It was not until Dr. Forster performed a post-mortem examination on the child that he discovered Alice’s cause of death: a brass paper fastener, caught in the infant’s windpipe. 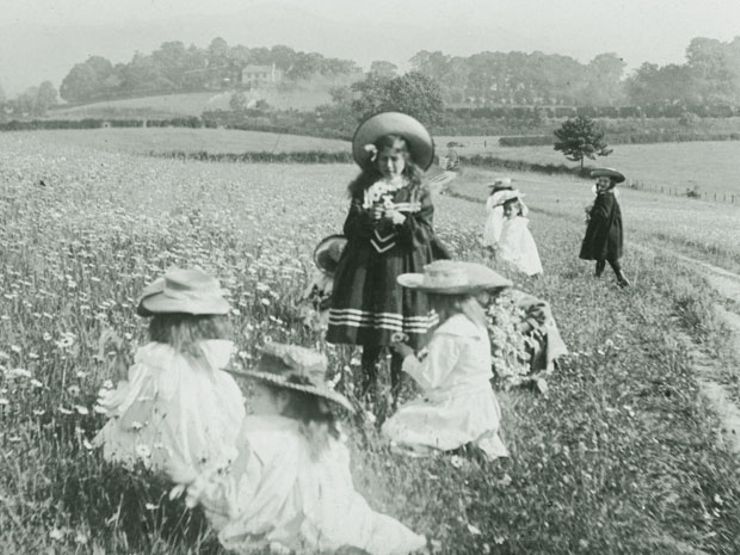 4. The Exploding Bottle of Ammonia

Most would never think to worry over a little spring cleaning. According to one article from The Church Weekly, however, even the most mundane household task has the capacity to harm.

It was a cool spring morning in 1898 and Louisa Maria Langridge, a horse-keeper’s wife, set about tidying her house. She entered the scullery to wash some clothing. But when Louisa moved a bottle of liquid ammonia to another shelf, it exploded in her hand. The corrosive chemical splattered everywhere, soaking her skin and burning her face.

The article cites Dr. Edward Fish, the leading doctor at the local Guy’s Hospital. He had never before heard of ammonia exploding in such a fashion, but surmised that the heat generated by the scullery’s copper pot fire had caused the chemical to bubble up and burst from its bottle. Louisa’s official cause of death was bronchitis, caused by inhaling the ammonia vapor.

One peaceful morning on May 22, 1896, an unnamed French woman tended to her flower garden. While walking back into her house, she tripped and tumbled to the ground, a pair of garden scissors still gripped in her hand.

“Curiously,” as an article in The Westminster Budget claimed, “she stumbled and fell, so that the scissors in her hand went through her neck, severing the jugular vein.”

The wound was allegedly so severe that the poor woman died not three minutes later from the abrupt blood loss.

For one woman, Mary Agnes Lapish, the Australian outback proved too much to tackle after a long night of drinking. According to an 1893 article in the Sydney Morning Herald, Lapish stumbled her way down the streets of West Melbourne toward her neighborhood at Abbott Street, Moonee Ponds.

She never made it back to her bed.

The following morning, locals found Mary’s body suspended from a barbed wire fence. The City Coroner, Dr. Youl, remarked that an intoxicated Mary must have been trying to clamber over the fence when she slipped became twisted up in the wire, suffocating over the course of the night.

While an actor’s career often leads to challenging new roles, it’s unlikely that Anado Contreras wished to marry fiction with stone-cold fact when he went to work one night.

According to California’s The Daily Courier, the deadly performance occurred on April 25, 1888, in Arandas, Mexico. Contreras was putting on the performance of his life. He reached the part in the play in which he was meant to feign his death. He opened his mouth in preparation to declare the words, “I die, I die!” and subsequently perished of natural causes right there on the stage.

It’s uncertain how long the crowd sat there thinking that Contreras’ slump was just part of the play. Nor is it clear precisely when his fellow actors realized something was dreadfully wrong. In either case, Contreras never did leave that stage alive. 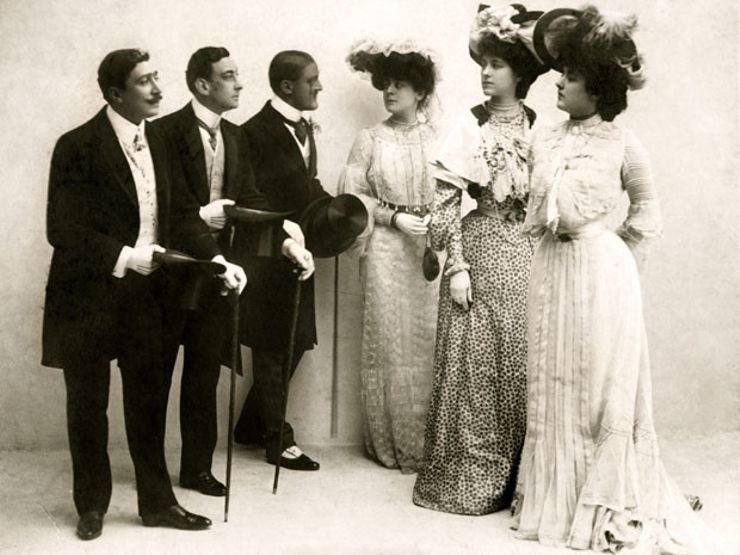 On a Wednesday night in 1892, Martha Roundtree was at work at a restaurant. She’d just finished cleaning the floors when she was struck by a terrible spell of sneezing. In fact, she sneezed so hard that her intestinal hernia ruptured, bursting a hole in her stomach.

Martha was whisked away to the hospital for surgery, where doctors did what they could. But by late Saturday afternoon of the same week, Martha was dead, as the operation proved faulty.

The Austin Weekly Statesman wrapped up the account succinctly: [Martha Roundtree] “now occupies a grave at the cemetery, the result of a sneeze.”

Related: 9 Eerie Death Superstitions From Around the World

It was a lovely affair—until the champagne arrived.

According to a 1903 article in The Scranton Republican, a grand European ball turned deadly for one glamorous partygoer. Veronine was a Russian heiress attending a ball in Vienna, Austria, which happened to be set in a theatre.

While Veronine danced in the theatre pit below, a party-goer in one of the theatre boxes above made a terrible error: he bumped a champagne bottle off the box’s ledge and sent it plummeting to the crowd below.

The glass bottle fell 60 feet, striking the pretty heiress as she whirled about the dance floor. According to the article, Veronine died instantly, her life ended by a rogue champagne bottle.

Veronine’s inheritance subsequently went to a distant relative, as her father apparently suffered a “demented condition.”