Vanished in the Night: The Chilling Disappearance of Tara Grinstead

On the night of October 23, 2005, Tara Grinstead disappeared from the small town of Ocilla, Georgia. Her disappearance became the most famous missing persons case in the state’s history. Beloved in the small farming community of 3,300, Grinstead was a high school history teacher who grew up doing pageants and continued to aid young girls in their pursuit of pageant titles. In fact, that’s what she did on her last day alive. Tara spent the day doing the hair and makeup of some contestants of the Sweet Potato Pageant, then headed over to a evening barbecue hosted by her principal. She watched a Georgia football game, and then left to drive the few blocks to her house. Tara would not be seen again.

The Georgia Bureau of Investigation held a press conference on February 23, 2017 and announced that they had finally arrested and charged a suspect, 33-year-old Ryan Alexander Duke, who had been a student at Irwin County High School, where Tara taught. Duke graduated three years before Tara went missing, and was 21 at the time of Tara’s murder. On March 3, news broke of a second arrest in connection to the Grinstead case. According to WSB-TV in Atlanta, Bo Dukes, a former classmate of Ryan Alexander Duke who is of no familial relation, was charged with “attempting to conceal a death, hindering apprehension and tampering with evidence.”

Warrants presented at Duke’s first court appearance on the 23rd indicate that Duke burglarized Tara’s house and then used his hands to cause serious bodily harm. He is then accused of “removing the body of Tara Grinstead from her home and concealing her death.” The GBI has not announced if they have located Tara’s remains. They did imply that others could have been involved and did not expand on Tara’s possible relationship to Duke. 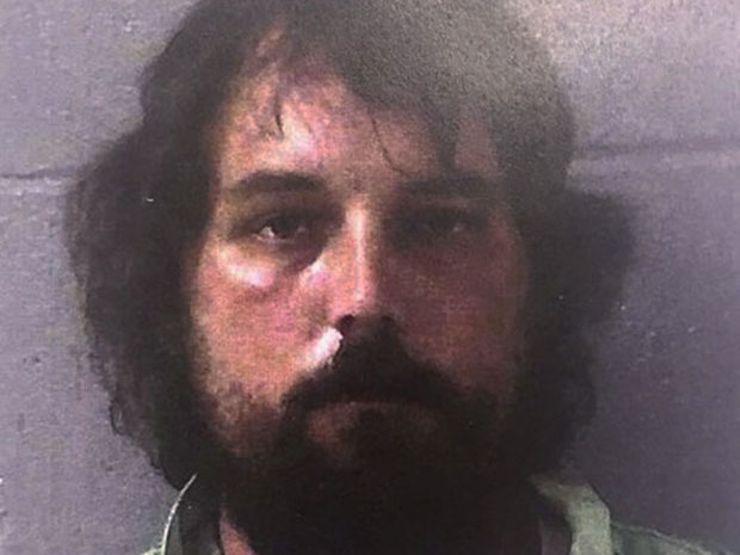 I had become very invested in this case over the the years, especially lately. Payne Lindsay, a Georgia filmmaker, set out to contribute to the solving of Tara’s disappearance, and created the podcast Up and Vanished, while subsequently filming a documentary. Up and Vanished has grown in popularity, thus renewing public interest and media attention in the case, and possibly contributing to the case’s closure in that way. As someone who was listening to the podcast intently and had followed the case prior, I felt I knew who was responsible for Tara’s death. But of course, I was not sure. Tara’s body had never even been found. Nonetheless, I believed that I had at least some grip on who it could have been. I thought that that person was at least within the subjects presented.

So when the announcement came with several episodes of Up and Vanished left to air, I rushed to watch the press conference about some big news on the Grinstead case. I was shocked when I heard an arrest was made, and even more shocked when I heard a name Ryan Duke. I’d never heard of him in the podcast, in the media reports, web forums, anywhere.

Related: 7 Books to Pair With Your Favorite True Crime Podcasts

“This gentleman never came up in our radar,” the GBI of said of Duke. The police had interviewed many people and had hundreds of leads. It wasn’t just me; this person never came up on anyone’s radar. So what did the GBI, the local police, the media, private investigators, a podcaster, and a community of websleuths all miss? As the weeks progress, we will most likely be receiving more details about the case and the investigation, and how, exactly, Duke was finally interviewed. All we know now is that someone gave the police a walk-in tip which led to Duke’s questioning. 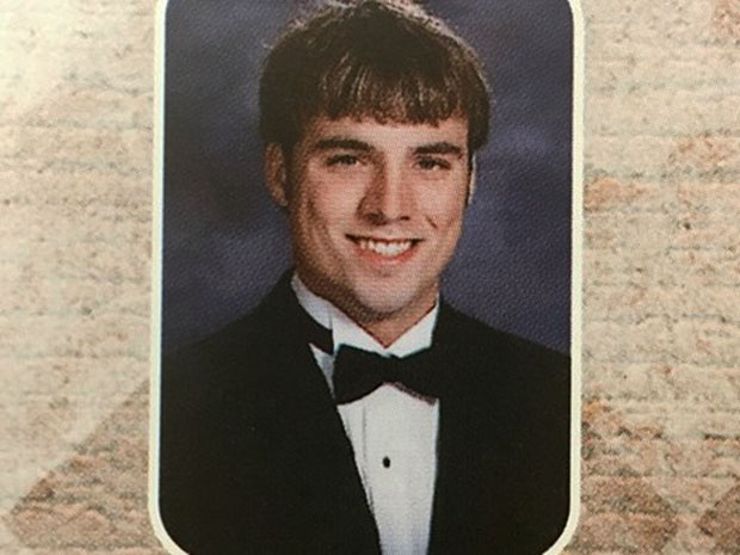 “When I heard, I just broke down in tears of relief, of anger, of sadness and frustration,” said Wendy McFarland, a friend of Tara’s who worked with her at the high school. “Everything that had been carried for the last 11 years and four months just bubbled to the surface … Who, what, where, when, why?” That’s what we all want to know. I hope this whole process can be moved forward quickly because we need answers. The why is the biggest question. Why did this have to happen?”

The community of Ocilla can finally feel a sense of relief, and yet closure may be far off yet. There were many possible suspects in this case, many wrong turns and false flags, more red herrings than anyone could have imagined. Tara allegedly had several relationships with men that all, when looked at in the light, seemed strange and intense, even forbidden at times. Perhaps it played to our sense of drama, the thought that this crime was deeply personal, when evidence now is saying the opposite—a break in gone wrong? It’s hard to believe, and truth be told, it certainly may not be the end of the story. But it’s what we know now, and it’s not in any way what we expected.

Related: 16 Mystery & Thriller Book Excerpts That Will Have You on the Edge of Your Seat

It is important to realize that in these cases, especially those with national attention, we can never be sure of anything until we are sure of everything. There will always be strong emotionality associated with cases of violence, of murder, of loved people going missing. And that is a good thing—we never want to lose sight of the fact that real victims exist and their suffering is what we are seeking to alleviate. We never want to lose the empathy that can power investigations. But we don’t want our strong emotions to cause suffering, which we can do by demonizing suspects before they are convicted, by creating witch hunts of people of interest, not accused formally, but informally. 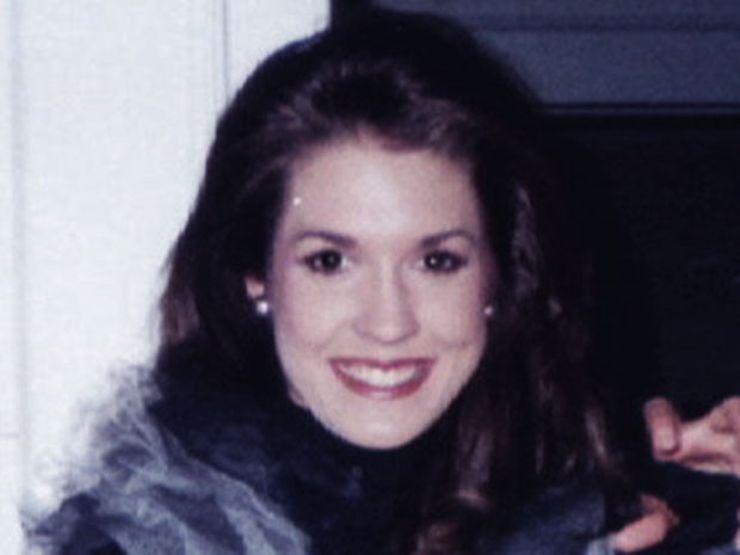 It starts with the individual. individuals in law enforcement must realize their own limits, their own level of human error, as must private investigators, documentarians, the media, and finally the public at large. We must be careful with the things we say, and perhaps just as importantly, in the ways we react. Behind a computer, we feel emboldened to say whatever we want, make accusations, spin wild tales. But those words still have an impact—they still may reach families, friends, and the individuals themselves who have been falsely accused, they may build on each other and grow. And those accusations can follow people for a long time. Does this mean that we should not investigate crimes to the fullest? Of course not. It means that we need to try to keep the mantra alive, “Innocent until proven guilty,” which I hope we can all admit is not generally how we handle people in the court of public opinion. I think it starts with choosing carefully what we want to put out into the world, and remembering that talking about a person, even if we are convinced they are guilty, affects them and their relationships. And we could be wrong. They could be innocent.

It’s one thing to gossip with friends and family about cases you are interested in, guessing at suspects, etc. It is another to take that information and make it public. Up and Vanished had no idea what the conclusion to the case would be, or even if there would be one, and treated each person of interest fairly, trying to present all the possibilities. Investigations will always have false leads, and will often have false suspects and people of interest. It is an unfortunate side effect that, if we can reserve our reactions, could be made less painful. We don’t know until we know, and we need to treat people as such. There is nothing wrong with offering ideas, but we have to treat them like they are ideas, not hidden absolute truths.

We need to make sure that our efforts and interests in researching and contributing to cases is not actually causing more harm than good. I believe in our ability, as people outside law enforcement, to contribute to investigations in meaningful ways, but we’ve all seen the power of suggestion, of drama ignited into stories that people want to believe. We are looking for truth here, for justice. Something I have learned from the Tara Grinstead case is that investigations are as flawed as the humans involved in them, and the humans that follow the case and try to make sense of it themselves. I want us all to remember that the most important thing we can be in an investigation is open to all possibilities, open to changing our minds at any moment. If we don’t do this we will continue to point fingers in the wrong directions, taking ourselves too seriously, thus hurting someone far away that we may never meet, but nonetheless exists and doesn’t deserve to become a pariah because of a rumor gone viral. I hope to be responsible with what I write. I know that I am flawed, as I was certainly wrong in Tara Grinstead case. Everyone was. I’ve chosen the wrong person and believed it. I’ve made plenty of mistakes.

This story was first published on Hunt A Killer.
Read More:
The Hatred of Casey Anthony
The Curse of The American Bogeyman

All photos via Hunt a Killer