Unearthing a Serial Killer: The Murders of Alex J. Mengel

During his lifetime, Mengel was found guilty of two killings. Since then, evidence has pointed to the fact that he could be responsible for many more.

Westchester County, New York is situated just north of arguably the greatest city in the world. This suburban oasis is and has always been one of the safest communities in all the United States.

However, Westchester has experienced its share of sensational headlines and murders: Son of Sam killer David Berkowitz was arrested at his home in Yonkers, in 1977, though authorities believe he committed no murders there; Jean Harris, headmistress of a prominent girls academy in Virginia, shot and killed her lover, Herman Tarnower, the Scarsdale Diet Doctor in his home in 1980; Swiss au pair Olivia Riner was accused of setting her 3-month-old charge on fire in 1991, although she was acquitted by a jury and the case remains unsolved.

Related: Angel of Death: Inside the Mind of Serial Child Killer Beverley Allitt

Yet, the events that began on Sunday, February 24, 1985, are widely regarded as the most macabre crimes to ever occur in the area.

Officer Stymiloski did not survive the encounter.

Related: 13 Chilling Episodes of Disappeared You Can Watch Tonight

After gunning down the officer, Mengel car-jacked the patrol car, with an incapacitated and dying Stymiloski inside. Tragically, Mengel’s passengers assisted him in his escape then lied to police about it, allowing Mengel to remain at large and kill again.

The following day, authorities believe Mengel abducted Beverly Capone, a 44-year-old Mount Vernon woman, as she was leaving work at an IBM facility. Mengel presumably needed Capone for her car—yet he had grislier plans in mind.

Mengel fled with Capone to a cabin in the Catskills, There he murdered the woman, then removed her scalp and used it as a grisly disguise to cross the Canadian border.

Mengel was captured in Toronto on March 2, driving Capone’s car. Authorities found Capone’s scalp in the vehicle at the time of the arrest. Mengel was then extradited to United States to stand trial for the twin slayings. On April 26, 1985, while en route in a guarded transport, Mengel attempted to escape, stealing one of the officers’ weapons. The other escort shot Mengel, killing him immediately.

Remarkably, on Thanksgiving Day 1987—31 months to the day that Mengel was killed—New York State Police made a gruesome discovery in the seemingly unrelated cold case of missing child Antonella Mattina. This piece of evidence was the first link in the chain that led retired police officer David Paul and writer Kevin F. McMurray to conclude that Mengel was in fact a psychopathic serial killer—and they make their case in their new, compelling true crime book Unearthing a Serial Killer(coming soon in paperback). 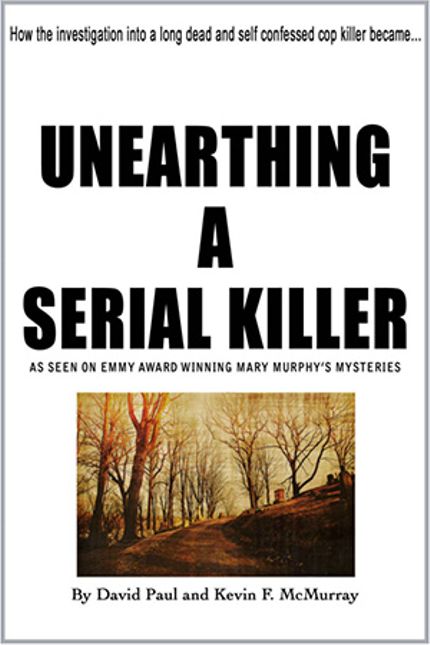 Flushing is best known for being the home of Major League Baseball’s New York Mets and the annual host of the U.S. Open Tennis Tournament. Yet the famous neighborhood was once a forerunner to Hollywood, headquarters of the United Nations from 1946 to 1949, was the site of two World Fairs and of course, the home of the 1969 Super Bowl Champion New York Jets.

On July 16, 1984, along with its rich history, Flushing was also a good place for hard-working couples to live and raise a family. Thirteen year-old Antonella Mattina came from such a family. Antonella, the happy-go-lucky daughter of a painting contractor, was looking forward to entering the seventh grade in September. Antonella’s mother, Maria, finally acquiesced to her daughter’s numerous pleas on that summer morning to be entrusted with her first “big girl” errand and to do so alone.

Bright and responsible beyond her years, Antonella successfully deposited checks on behalf of the family business at the local Citibank. The branch located in the Linden Vue Shopping Center at the intersection of Willet and Parson Boulevards’ was just blocks from her home. The five-foot tall, 90-pound, and brown-eyed Antonella was never seen alive again.

Antonella’s disappearance triggered one of the most massive searches in NYC history. Hundreds of officers from numerous NYPD commands to include K-9 units, harbor patrol, and aviation units, virtually scoured the entire city for Antonella to no avail.

Within a month, the reward for information on Antonella reached $20,000. Prayer vigils for her safe return were held weekly at her local parish, the Church of St. Mel. Hundreds of volunteers posted more than 10,000 color flyers (the first of their kind) of the missing girl’s picture and information throughout NYC and surrounding municipalities.

NYPD Detective Walter “Bill” Clarke of the 109th Precinct was the lead investigator on the case. It was a bitter and frustrating case for the celebrated detective who, years later, gained fame in Hollywood, first as a technical advisor then as an executive producer on the long-running and very popular TV series NYPD Blue.

Weeks later, with no sign of Antonella, John Mallon, whose company, IBI Security Service Inc., pledged $10,000 toward the reward remarked, “A civilized society should not accept that children simply disappear. We want to keep the case alive and before the public, and I think money talks.”

On Monday morning, February 25, 1985, the late edition of every New York metro area newspaper reported on Gary’s murder and plastered Mengel’s mugshot along with the Ghostbusters Capri across their front pages.

Among the hundreds of calls that police in Westchester received, one was from Phyrween Mengel, who saw her name in the New York Post, listed as the registered owner of the Capri. Phyrween, who was living discreetly in Richmond, Queens, under the auspices of a NYC domestic violence program (the first of its kind in the country) wanted to clear herself of any involvement in Gary’s murder at once.

A different and most unexpected call was placed to the NYPD’s 109th Precinct. A local resident stated that the newspaper picture of Mengel looked very much like the man that he reported to police seeing with Antonella Mattina, on the day she disappeared.