Uncovering the Truth Behind One of the Bayou Strangler’s Victims

Investigative journalist Fred Rosen interviews a woman who was close to one of the Strangler’s earliest victims: Oliver LeBanks.

Oliver LeBanks had children he loved; lived with a woman he loved; and had a job he loved. It was all coming together for him. Recently, Oliver’s friend, Mar Paulson, reached out to me. My book The Bayou Strangler begins on the day the man she knew as Ollie died. He was one of serial killer Ronald J. Dominique’s earliest victims. 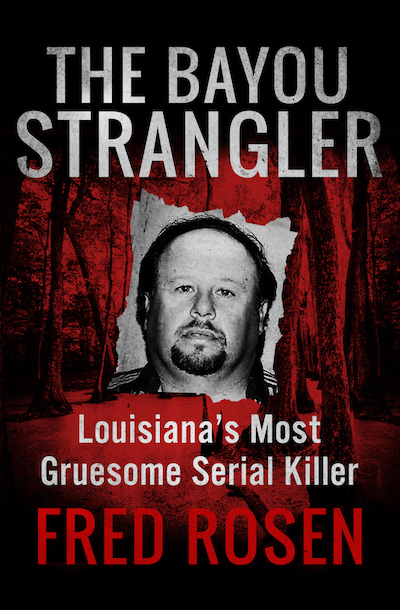 That his victims were marginalized is likely why Dominique was able to go on killing for so long.

To Mar Paulson, Ollie was a friend and a valued member of her team. Paulson now lives in northern California, where she has a new business, Napa by Mar. But during the 1990s, Paulson ran the New Dog Trick Café in New Orleans’ French Quarter. LeBanks worked for Paulson there.

Reflecting the French Quarter’s diversity, Paulson’s employees were from a variety of religious, ethnic, and social backgrounds—and that diversity included their sexual preferences.

“I had a mostly gay wait staff.  It was quite an eclectic group,” Paulson recalls. “Ollie did food prep and washed the dishes. We were close. He kept his old sneakers here at work and every time he came in, he changed into them. I don’t think he could read. He was not a badass in any way.”

“Oliver was depended upon to be a part of a rock star team, that made the restaurant’s reputation and accolades happen.”

They did. My former employer, The New York Times, as well as Self, Esquire, and more all wrote up her cafe.

“He was not some forgotten person working in the bowels of some dank dime a dozen kitchen help, which comes to mind of most people,” Paulson continues. “The most staff I ever had at one time was maybe 6, max 7. We were very close, in probably a 600 to 700 square foot area. No one lived or worked a life at the restaurant that was non-transparent. Everyone and their actions were highly visible.

“Ollie closed up with me every Thanksgiving and Christmas, before going home for the holidays. Ollie lived in a housing project bordering the French Quarter. Lots of people walked from home to work in the Quarter,” she adds.

According to Paulson, Ollie had five children with different women. He was also involved with a woman named Jennifer at the time of his murder. He had responsibilities and a good future in front of him. But he had one weakness. While he’d been clean for a long time, Ollie was a recovering drug addict.

“Ollie was having his 27th birthday in April 1998. I gave him a fifty-dollar bill. ‘This is for your birthday,’ I told him,’” Paulson says.

Unfortunately, it appears Ollie may have used the money to descend back into drugs.  Paulson was able to later confirm that by the middle of 1998; Ollie was not only back on drugs, but he was also associating with a seedy group of people. Paulson had an extremely difficult decision to make. But make it she did.

“I have to fire you,” she told Ollie privately.

“If you get help, you can come back, if you don’t, you’ll be dead in three months or in Angola,” she warned him.

Combined with Ronald J. Dominique’s detailed confession taken by two sharp detectives, Paulson’s new information helped me discover what no one knew until now: how and why LeBanks was raped, bludgeoned, and strangled to death by Dominique on October 3, 1998.

The reporting on the case sensationalized the fact that Dominique was gay and raped all 23 of his victims. While many of the victims were indeed gay sex workers, Dominique also said in his confession that some of his victims were straight men. He lured them to their deaths, he claimed, with promises of arranging sex with a pretty girl, whose picture he showed them.

The media chose not to report this, or the fact that most of Dominique’s victims were African Americans living in poverty. As Paulson had grimly predicted, LeBanks was dead within three months—found murdered on October 4, 1998.

In my opinion, LeBanks need for drugs led to his death in one of two ways. Dominique claims in his confession that LeBanks came onto him, but maybe that’s not true. It is possible that a clever psychopath like Dominique might, instead, have attracted LeBanks with an offer to sell him the drugs he craved.

Alternatively, Dominique’s confession to detectives Dawn Bergeron and Dennis Thornton could also be true: LeBanks was selling him sex, likely to support his habit.

On September 23, 2008 in Terrebone Parish, Louisiana, 46-year-old Ronald J. Dominique pleaded guilty to first-degree murder. In court, he admitted to raping and strangling all 23 male victims, from the late 1990s until 2006. To avoid the death penalty, Dominique took a plea deal and was sentenced to eight life terms in prison. Ollie’s was one of the 15 murders he didn’t have to plead to, though it was his DNA that finally brought Dominique down, which I cover in my book.

“To me, [during] those first murders […] in the French Quarter, including Ollie, there was a thrill for him [Dominique] to be anonymous. But I don’t think the country mouse could hold his own with the city mice,” Paulson asserts.

She believes that Dominique, more used to his rural background in the Houma area, was overwhelmed by the cosmopolitan atmosphere of the Big Easy’s French Quarter. Based on Dominique’s progressive body count when he returned home to Terrebone Parish, I agree with Paulson’s analysis.

Fred Rosen, a former columnist for the Arts & Leisure section of the New York Times, is an award-winning author of true crime and history books, including Gold!, Did They Really Do It?, and Lobster Boy. He can frequently be seen on the Investigation Discovery network’s Evil Kin and Evil Twins TV series, where he is a regular on-air commentator.