TLU Excerpt: As Far As You Can Go, by Lesley Glaister

Cassie and Graham thought they'd gotten lucky with a new job in the Australian Outback, but their new employers aren't quite what they seem.

In this excerpt from As Far As You Can Go by Lesley Glaister, Cassie and her boyfriend Graham have taken a job at a remote sheep station in the Australian Outback. When they arrive at Woolagong, they start to realize the couple who owns the land aren’t exactly what they first seemed. 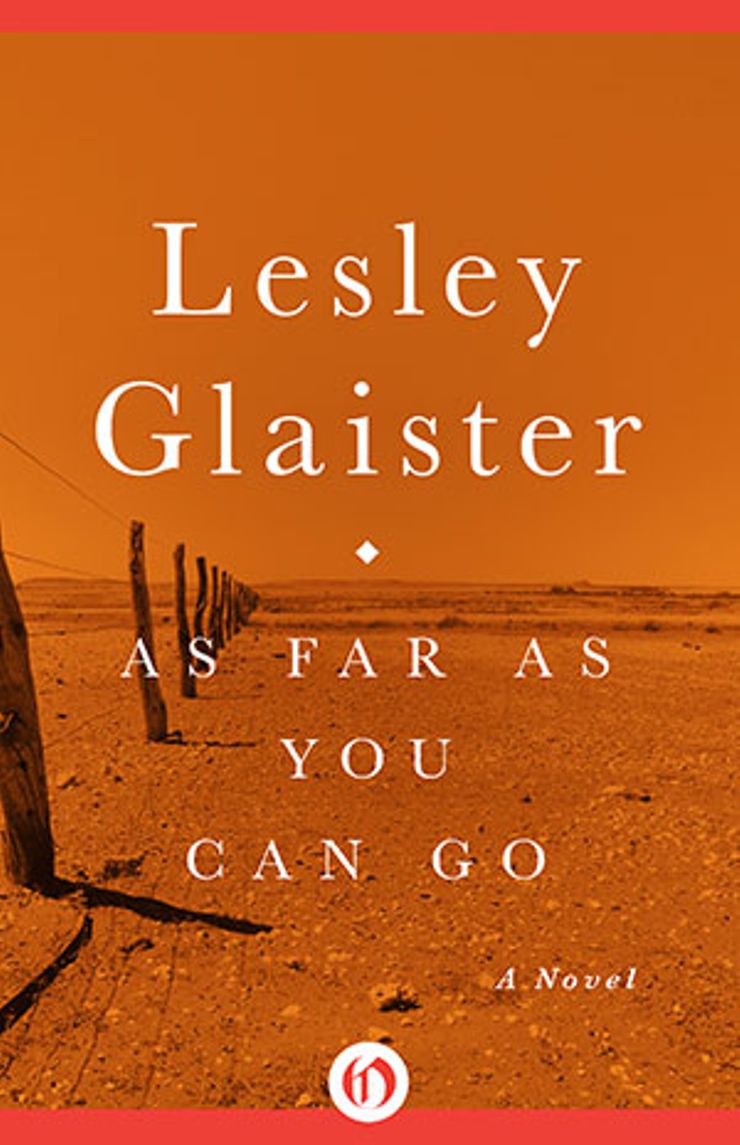 The sun shines through the thin curtains, and Cassie lies for a few moments looking at the outlines of the unicorns. They are really here! Graham is still asleep, lashes dark against his cheeks, a little trail of drool escaping from his mouth. She climbs out of bed, careful not to jolt him awake. The walls are pale pink, an old pleated lampshade hangs from a bulbless socket. It is a lovely room, square, pleasing, though a little small and she’ll have to get rid of the cowskin rug – makes her feel queasy, stepping on it.

Graham is looking at her. “Hi Gorgeous,” he says.

“Gorgeous yourself,” she says. She leans over to kiss him and he tries to pull her down.

For breakfast they eat oranges and porridge with molasses. Strange breakfast to start a new life on but Larry has made porridge for Mara and extra in case they want some too, and they feel obliged to want it. And though porridge is just about the last thing Cassie could possibly have imagined wanting, she eats greedily till she’s scraping the spoon round her bowl. It fills in between her ribs, makes her feel solid, earthed after all the flight and movement of the past few days.

She washes the dishes and Graham feeds the sloppy strips of dead porridge that float off the sides of the pan to Yella, making him stand up on his back legs like a circus dog. Larry sits at the table, flicking through some papers.

“Oh, by the way, what do we do about post?” Cassie asks him.

Larry looks up over his reading specs. “Writing home already?”

“Well, we need to say we got here safely.”

“Put your letters in that –” he nods towards a cigar box on the side. “They’ll be taken to the roadhouse, though I warn you it won’t be often. We have a mailbox there.”

“Tends to be a bit sporadic, I’m afraid.”

“Oh. Well, long as it’s not too sporadic! I’d love to see the garden,” she says, fishing the last spoon out of the water and drying her hands.

“Of course. After you’ve met Mara.” Larry folds his glasses into his breast pocket. “Ready?” 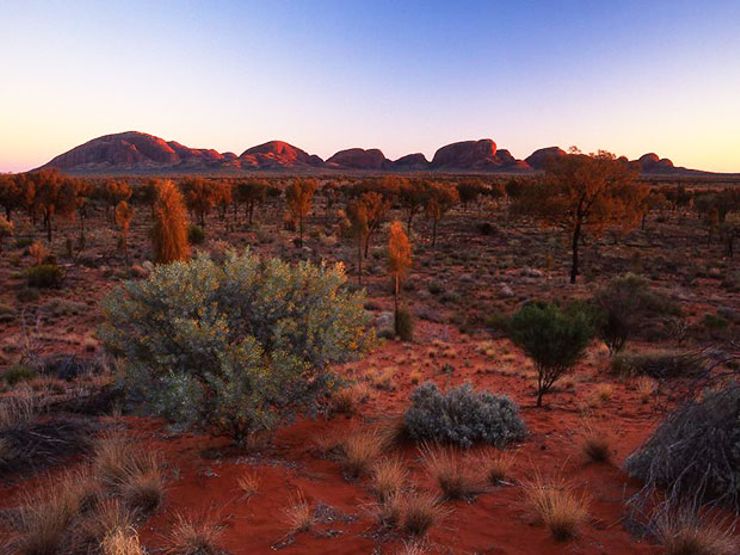 He takes them not further into the house but outside and down the veranda steps to a long low hut opposite. The hut has two blue painted doors – one into each half. “This houses the generator – at the other end,” Larry jerks his beard towards the far door, “and Mara stays in here.”

Cassie looks at him. “She doesn’t live in the house?”

“She prefers – well –” Larry seems to struggle for a moment. “Well, you’ll see.”

Cassie looks at the door, the slivers of peeled blue paint showing up a rusty undercoat. She’d barely noticed the shed last night. Certainly never dreamed that Mara might be inside. Beside the door is a window, the glass dusty like all the glass, like everything, and swathed with a thick curtain.

Larry opens the door into a dark room. They go in. Larry closes the door and the drape that covers the door falls with a muffled gasp.

Cassie grabs Graham’s hand, seized by a fierce urge to giggle. Once the door is closed she can see nothing for a moment, eyes full of sun-dazzles – and then the detail creeps back: red Turkish carpet on the walls and floor, cushions, piles of them, long and square and round, all shades of red from black to vermilion. The shadows are solid, beastlike, everywhere, lounging in corners, slumped against the walls. There’s a strong smell, female, a thick perfume, a woman’s private odour, familiar and shocking.

“Could we –” Cassie begins. Not funny now, she needs the door open, needs to breathe. Feels about to suffocate or faint.

“I can see that.” The voice comes from a corner. Despite the stifling heat, Cassie’s arms riffle with gooseflesh.

The darkness stirs and a jumble of shadows jumps together. A woman becomes visible, struggling up. Short and wide, her eyes gleam in the sparse pinkish light.

“How do you do?” Her voice sounds creaky, as if not lately used.

Cassie takes a deep breath and pulls herself together. She lets go of Graham and shakes the moist, spongy hand held out to her. “Fine, thanks,” she says. “And you?”

Mara yawns hugely. Cassie looks away from the gape of her throat. They stand in silence for a moment.

“They’ve been very keen to meet you. Cassandra and Graham. I told you. Graham is a painter,” Larry says.

Graham holds out his hand. “Hi.”

“I used to be a painter,” Mara says, taking his hand and frowning down at it before letting go.

“They were beginning to think you didn’t exist,” Larry says. “That you were a figment –”

“I am no figment,” she says, her voice rising, panicky.

“Of course you’re not.” Larry pats her arm. “Now I’m going to show them round. And later we’ll have lunch together. Get properly acquainted. Eh? I’ll come and fetch you in time for lunch.”

“I’ve not been well,” Mara says, leaning towards Cassie. “I have these – turns, Fred was here, he helped me.”

“And now Fred’s gone and we have Cassandra and Graham.”

“Come.” Larry lifts the curtain over the door. Mara turns away but as the door opens, a blade of sunshine flashes across the room, illuminating heavy black hair tied loosely back, a red velvet dressing gown, deep sadness sketched in round a full-lipped mouth.

“See you later, Mara.” Cassie picks up a prickle of the woman’s sadness.

Outside, she presses her hands over her eyes, the sun making her reel. Like coming out of a theatre into the brightness of a sunny afternoon. She pulls her sunglasses down from her hair but still it’s blindingly bright. Above them the pump creaks, a bird shrieks and far above, deep in the sky, a plane draws a chalky stripe across the blue.

“Fucking –” Graham starts but Larry puts a finger to his lips and leads them away from the door.

“Yes?” He smiles, a curl of eyebrow rising from behind his sunglasses.

“Good, and if you don’t mind, I’d really rather you didn’t swear.” Larry turns and walks away. Are they meant to follow? Cassie takes Graham’s arm. Words have failed him and she doesn’t blame them.

The dog comes stiffly down the veranda steps and walks with Larry, nose pressed against his knee. Devoted. Larry walks with his hands clasped behind his back, panama tilted forward, shirt blinding white. He clinks slightly as he walks, a bunch of keys clipped to his belt.

He turns and beckons. “Ready to see the garden?”

Want to read more? Download the ebook at Amazon and iTunes.