This Ouija Session Opened a Portal to the Dead

What started out as a harmless game turns into something much more sinister.

What if your Ouija board did more than communicate with docile spirits?

Teenagers Lindy and Tommy discover the depth of evil that can be unleashed from the childhood game when they find a long forgotten Ouija board stashed in their beach house. When they ask the board if anyone—or anything—is out there, they get an answer that chills them to the bone. Before long, they’re confronted by a perverse and manipulative man who is tied to the house’s dark past … and he’s come back from the other side.

In Campbell Armstrong’s spine-tingling thriller Letters from the Dead, supernatural elements threaten to destroy the lives of two families after they tamper with secrets that should have stayed buried.

Read on for an excerpt and then download Letters from the Dead on Amazon, Barnes & Noble, and iTunes. 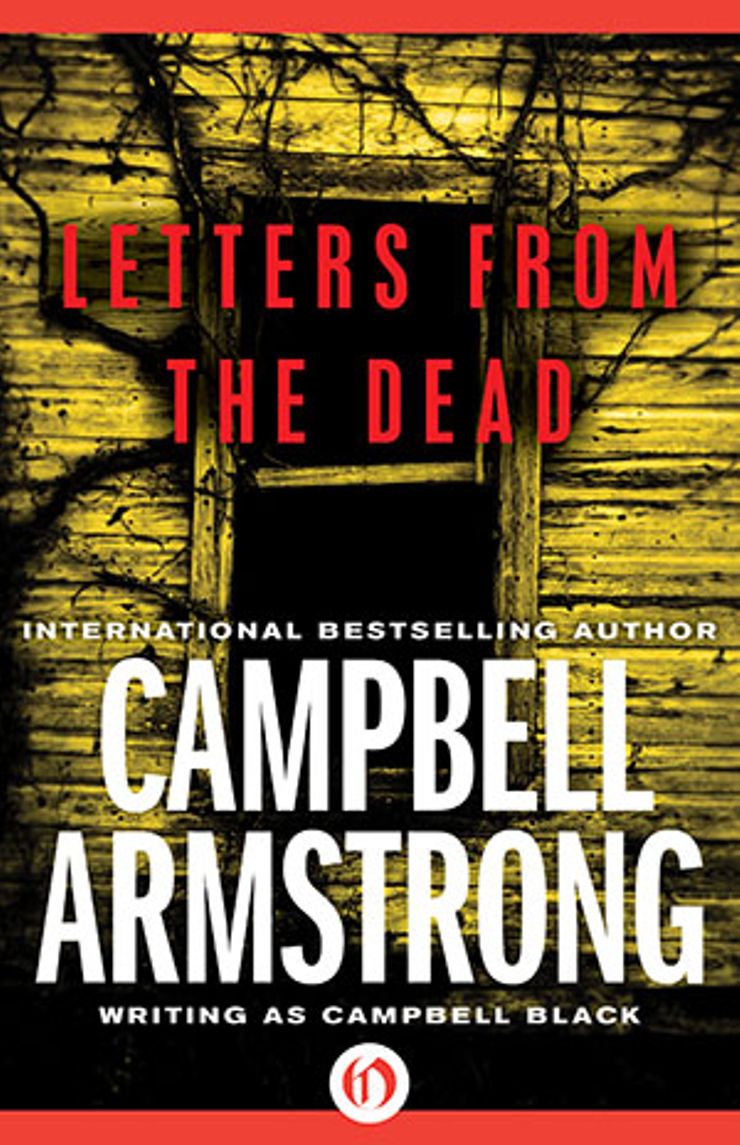 Tommy said, “Maybe nobody heard my question. Maybe I should ask it again,” and there was a grin on his face now, a silly expression, as if by demonstrating the uselessness of this game, he’d scored some kind of point over her and ridiculed her earlier fear of even trying. He tipped his face back and stared up at the ceiling and, like a wolf baying at the moon, shouted his question aloud. “Is there anybody out there!”

Which was when the triangle moved.

Sliding, slipping, seeming to try to run out from under their fingertips, it shot rapidly across the smooth surface of the board, and she felt something move inside herself, a clammy sensation, as if a hot hand had clutched her heart and was holding it tightly—

It went to the letter Y.

The letter E next.

Lindy shut her eyes a moment. She didn’t like this, she didn’t like it the way she hated riding a roller coaster, the feeling in your stomach and that awful sense of the world turning upside down.

Tommy took his hand away from the board.

She opened her eyes and was about to say something when she realized he was already asking a second question. “Who are you?”

It came back quickly and Lindy could feel a mild vibration go through the tip of her finger.

“What kind of bullshit answer is that?” Tommy asked. “Don’t you have a name?”

The plastic piece didn’t move for a long time, and then when it did, it did so as fast as they could follow it, swinging from one letter to the next in a pattern that was both erratic and orderly, logical and illogical, as if whatever force were moving the object had become impatient with this limited means of communication.

No more, Lindy thought. Let’s stop this now. I don’t like this feeling.

She pulled her hand away and let it drop at her side; it was still tingling and she thought she was going to throw up because she could feel waves go through her stomach. She stood up and looked at Tommy.

WHICH NAME DO YOU WANT?

“I don’t think I want to do this anymore, Tommy. Okay? I think I’ve had enough right now. I hope you don’t mind.” She realized she was talking fast and breathing hard, as if she’d just come from a long, hard run.

“Come on, this is just starting to get good.”

He looked at her with disappointment. “I was really enjoying it. It was pretty weird.” He glanced back down at the board and the message indicator, picking the plastic object up in his hand, turning it over, examining it to see if maybe there wasn’t some hidden mechanism. “I mean, I don’t know how it works or anything, but it’s weird.”

A faint suspicion formed in her mind all at once. Maybe he’d been playing a game with her, pushing the object around the board, goofing off on her because he’d seen how reluctant she had been to play in the first place. Maybe that was what the whole thing came down to. “Tommy,” she said. “Were you making that thing move? Tell me the honest truth.”

He looked at her and he seemed amused by her question. “I thought at first maybe you were the one doing it. It wasn’t me.” 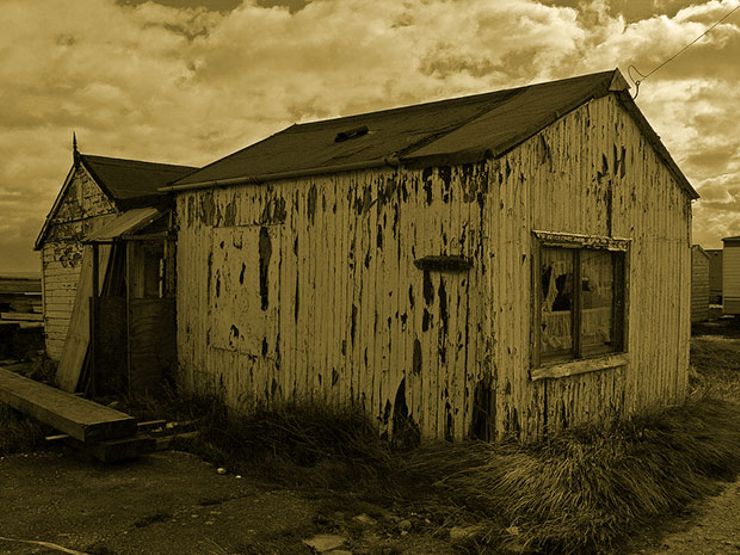 “I don’t know if you’re being serious or not, Tommy.”

She walked toward the closet. The acrid aroma of dampness was very strong suddenly, rising from the enclosed space of the small closet and the pages of the books.

“Real weird,” Tommy said again. “The whole thing’s weird. I don’t just mean the way that gadget moves across the board but the answers we got. Which name do you want—what do you suppose that means?”

“I don’t know,” she said. “I don’t think I want to discuss it.” She felt a stiffness inside, a hardening, as if all her nerve endings had frozen solid. “I think I’ll go to my own room.”

Tommy shrugged. He had picked up the board now and was scrutinizing it like a mechanic peering into the guts of a car. Only there was nothing to look at, just a plain smooth board with a bunch of letters on it, nothing else. Letters and numbers and the word GOOD-BYE. She didn’t want to look at it, she didn’t even want to be in the same room as the thing. And she had the strangest feeling that she was about to cry, about to break down in front of the boy and just cry her heart out, even if she wasn’t sure why. Tension and nerves and that queasy thing in her stomach. You’re upset, that’s all, you’re upset because you didn’t want to play the game in the first place and you didn’t like it when you did. Which name do you want? She clasped her forehead with the palm of her hand. She was burning up. And she thought, Great, I come on vacation, I get a fever, which I need like I need a dentist’s drill inside a cavity.

She moved from the closet and went toward the door, pulling it open. She looked down the darkened hallway at the stairs.

“Later,” Tommy said, holding the board against his chest like a shield.

“Sure.” She drew the door shut and moved toward her own room. Inside, she lay down on the bed and shut her eyes. There was a bad taste in her mouth and a dryness at the back of her throat. A virus, she thought. Maybe that’s what I’ve got. She turned over on her side and gazed at the black window, and for a moment she wished she was back in the city, back where you could hear night noises and the dark wasn’t saturated with such silences. Which name do you want?

What was that supposed to mean?

If Tommy hadn’t been pushing the indicator around on purpose, and she hadn’t been conscious of doing so herself, then what was it that had made it move? She found herself imagining another world, one that was composed of disembodied voices and shadows, a world filled with the sounds of the dead, a world that surrounded this one and sometimes overflowed into it so that the two became confused—it was an unlit place, a place where the sound of a footstep on a stairway didn’t mean you could see anybody climbing or where the motion of an object didn’t mean that there was somebody actually touching the thing. It was a big formless universe, she imagined, its restless inhabitants always reaching out, with desperate, invisible hands, to touch the surface of the world of the living.

Words out of nowhere.

Something shoving a plastic object across a plastic board.

Where did one end and the other begin?

Or were they in a state of some constant overlap?

She opened her eyes. She heard the porch creak beneath her window and the sound of the two women coming back from their stroll along the beach.

Want to keep reading? Download Letters from the Dead on Amazon, Barnes & Noble, and iTunes.