Who’s the Next to Die on The Walking Dead?

Here’s a survival guide for those doomed to fight walkers, biters, rotters, roamers, and worst of all: Negan and his Saviors.

He thought living behind those walls could work. He was wrong. When season six of The Walking Dead wrapped for winter break, it left us cringing as Rick and his inner circle weaved hand-in-hand through the undead horde that had descended upon them. As we prepare ourselves for the season’s return this Sunday, February 14, we’re left with one question: Who’s the next core cast member to get chomped? 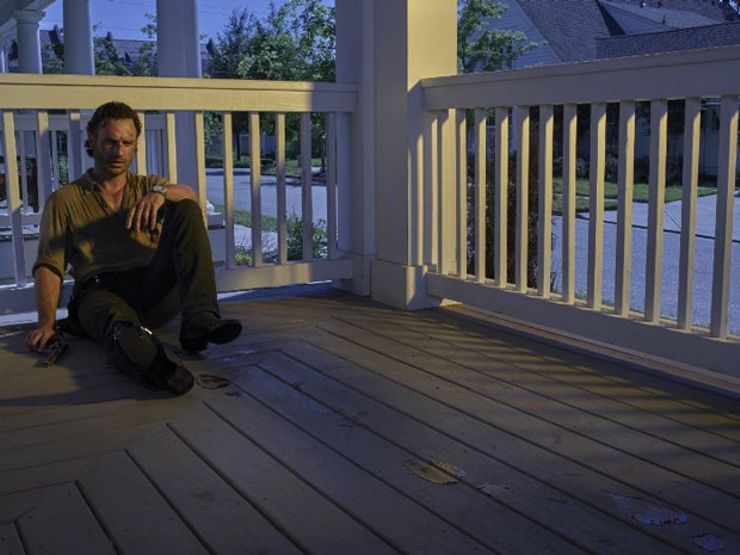 Dubbed the Ricktator by dead heads after his season two rant against democracy, Rick seems to be loosening his grip—literally. He sliced his hand on a machete covered in walker goo in season six’s “Thank You.” We thought nothing of it until the post-credits teaser at the end of “Start to Finish,” which set the stage for the arrival of a ruthless villain named Negan. Anyone who’s a fan of the comics knows that Negan, a miscreant who makes the Governor look like one not-so tough cookie, slathers weapons in zombie mess in order to infect people on contact. Hm. Could this mean? Oh … no. Still, the world’s gonna need Rick Grimes.

Related: WHAT WAITS DOWN ZOMBIE ROAD? 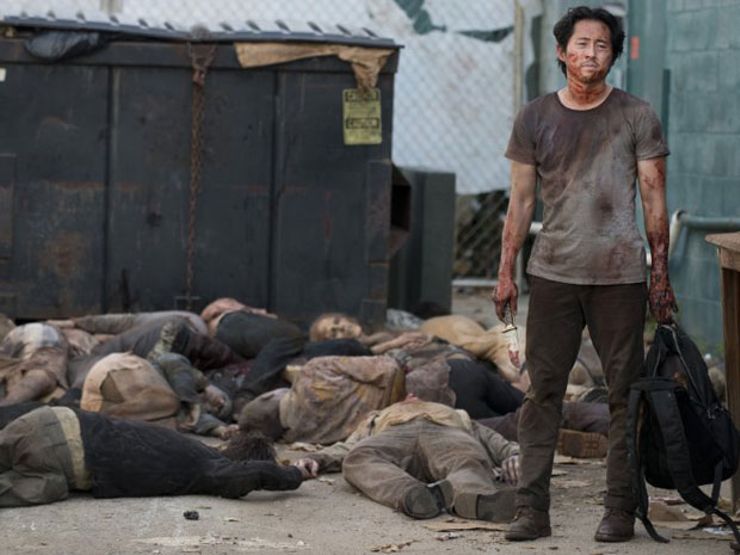 Even though our favorite pizza boy just survived that dire situation atop the dumpster, season six could be his funeral. Seeing as how his sweetheart, Maggie, is now stranded atop some rickety scaffolding with ladder-inept hordes below, his quest to save her just may be what does him in. In other news, fans of the comics know that Glenn’s initial meeting with Negan doesn’t go so well. Let’s hope the TV series rewrites that part of Glenn’s storyline. But it’s not looking so good. 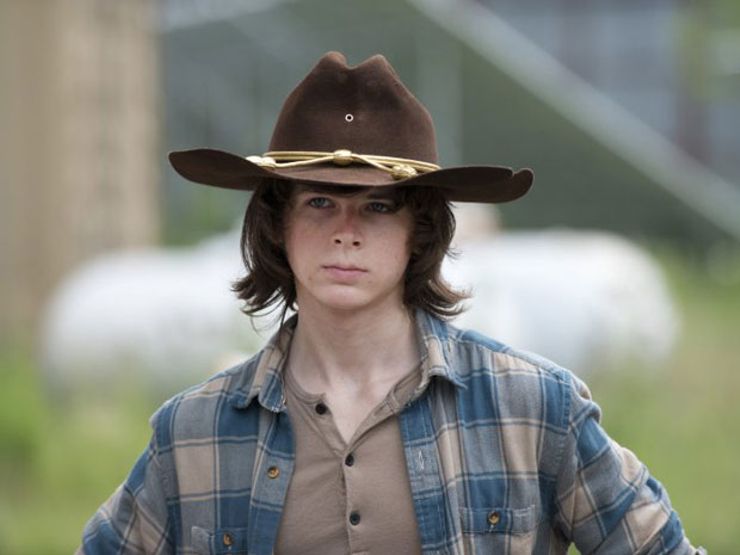 The budding crack-shot marksman may have gotten just a bit too big for his britches. If there’s one thing this sheriff in the making should know, it’s cowboy commandment No. 6: No foolin’ around with another fella’s gal. Poised as our next antihero, Carl may be at one end of an Enid love triangle with horde-heeder Ron, but we’re still banking on Carl rising to his own brand of Carlmunism rather than becoming the undead’s supper.

Related: THE LINEUP PRESENTS: THE SCARIEST TV SHOWS OF 2015 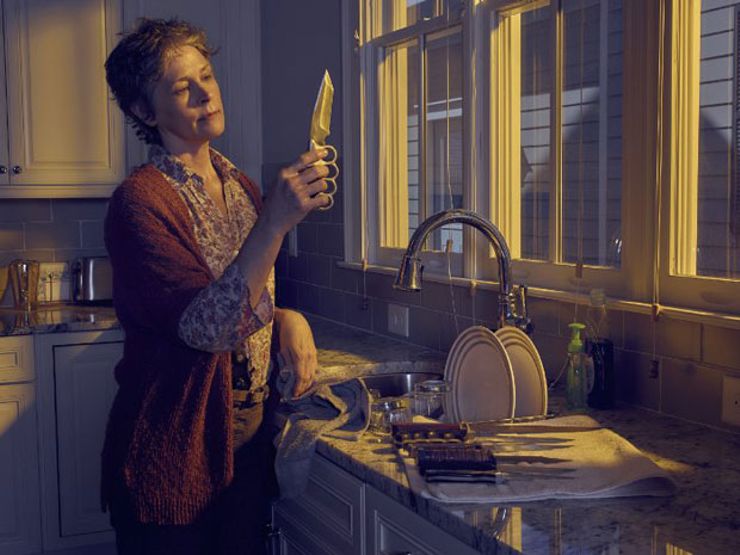 Carol has seen more character arcs than a protractor. Her development over season six alone goes from matronly homemaker to godfather-like intimidator to bare-knuckle bruiser. She’s a survivor, sure, but she’ll throw herself on the sword for someone she cares about. That someone? Perhaps Maggie, should Carol find out Maggie is with child. Perhaps Glenn, to ensure he’s around to help Maggie raise the child. Perhaps Daryl, because of, you know, Caryl and all. 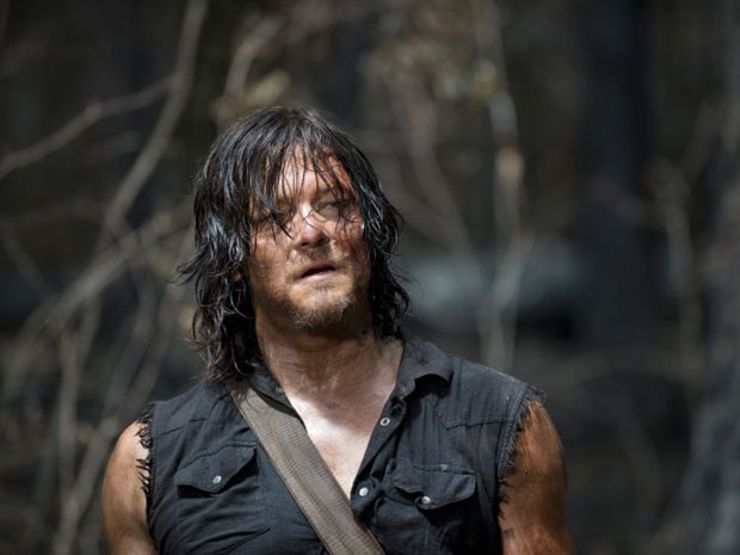 We know. You love Daryl. We do, too. But if there were ever a time to off the archer with the heart of gold, it’s now—at the hands of a monster like Negan. Writer/producer Robert Kirkman has promised atomic bomb will drop on the season’s return. During that aforementioned post-credits teaser, we see Daryl, Sasha, and Abraham get seized by Negan’s gang of biker anarchists known as the Saviors. Sasha has Abraham. Abraham has Sasha. Who has Daryl? We do.

Then again, maybe everyone will end up as zombie chum. After all, no one is safe on The Walking Dead.

All images from "The Walking Dead" via AMC