An Unwanted Houseguest Lurked Right Beneath Their Feet

Go ahead, try changing the locks. 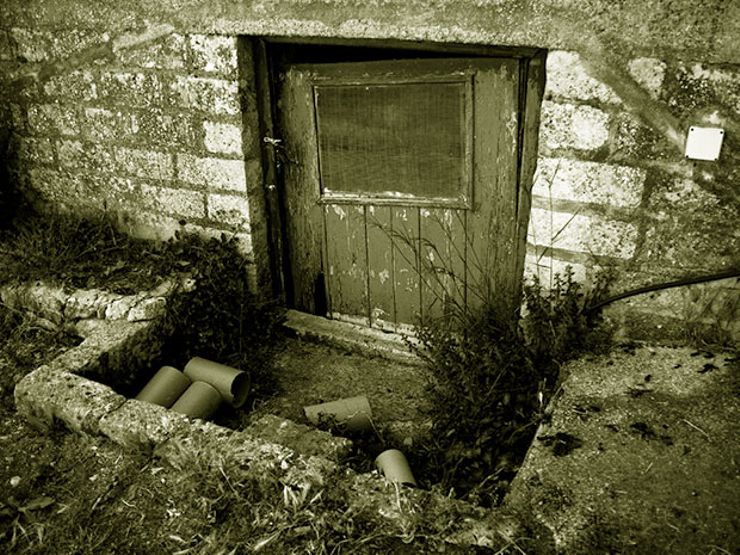 We’ve all had an unwanted houseguest at one time or another; young Richard Atlee took this experience to a chilling extreme.

Albert and Alice Graves moved to rural New England hoping for a quiet, peaceful retirement. When the oil company sent Richard to their house, he ended up working there well into the evening. The Graves took pity on the boy and invited him to dinner—but, of course, some guests just don’t know when to leave.

Eventually, Albert discovered that Richard had secretly moved into their cellar. He attempted to oust the intruder by changing the locks. But Richard wasn’t so easily detoured.

Crawlspace, Herbert Lieberman’s spine-tingling suspense novel, will leave you checking your locks and vowing to think twice about who you invite into your home.

Read more in the excerpt below, then download the book on Amazon, Barnes & Noble, and iTunes. 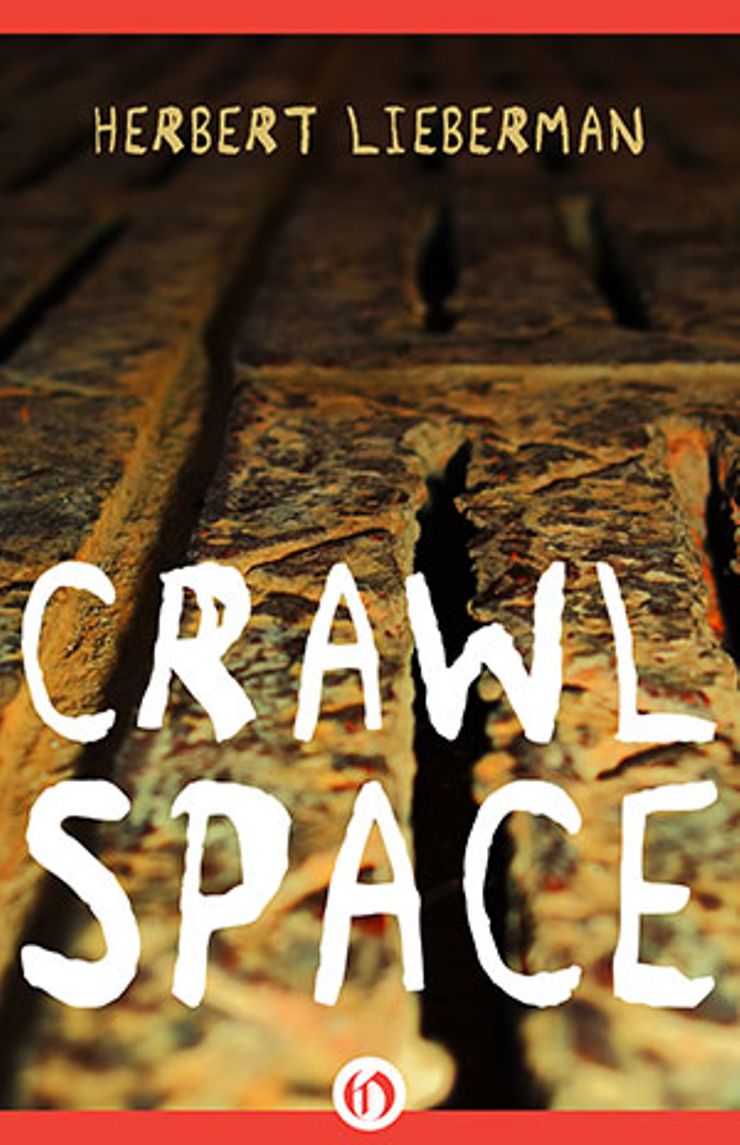 An hour or so passed, and still we heard nothing. Then, just as I felt myself slipping off, there was the unmistakable sound of a key jiggling a lock at the cellar door. We could hear it quite distinctly, since that door is almost directly beneath our bedroom window.

The key continued to jiggle, and I could hear the lock rebuffing it. The noises became rougher and more impatient, full of the sound of frustration and growing anger.

I held my breath, hoping that the new locks wouldn’t fail me. I had a sudden, awful notion that I’d put them all on incorrectly. In my mind I saw them yielding or falling out and the doors all opening wide, like unfolding blossoms.

The jiggling went on for some time. It would pause for a while, then resume. I imagined him out there in the wind and the cold, hunched over, the rain streaming in icy rivulets down his face—baffled and furious. The knob rattled and then I heard a sound as of wood straining and creaking against a weight. He was leaning on the door, attempting to force it.

“Albert?” Alice was sitting upright in bed, gaping at the window.

I rose and crossed the chilly floor to the window, parting the curtains and peering down. Each pane was covered with a thin mist. Wiping one of the panes clean, I tried once again to see something.

At first there was nothing but blackness and the swirl of snow flurries coming down dry and hard. They seemed to whisper against the glass. It had become quiet down below. There was no more jiggling of keys in locks or rattling of doorknobs. It was as if he had stepped back from the door and was trying to figure out what had gone wrong. Still I couldn’t see him, but I could sense his puzzling it all out just below.

“Albert?” Alice whispered at me from the bed.

I flapped my hand at her to be silent. She was for a while. Then she whispered again. “Has he gone?”

“I’m not sure.” I peered down into swirling, impenetrable black and waited a while longer. Then just as I was about to turn from the window, the sound of footsteps crunching over the dry hard snow came drifting up from below. When I looked down I saw a small, black shadow retreating from beneath the window and groping its way toward the woods in the back.

Alice started to get out of bed and come toward the window.

“Go back.” I flapped my hand at her again. 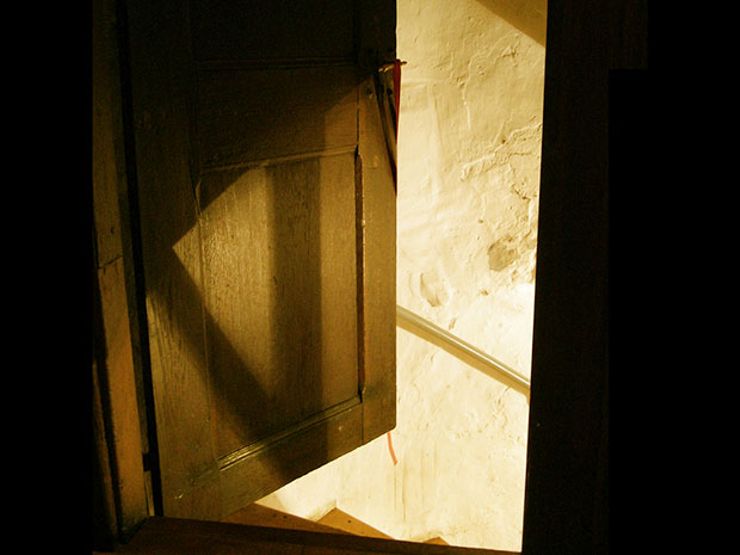 She got back into bed, and shortly after I followed her. We lay there waiting for the jiggling and the rattling to begin again, but it didn’t. Then there was nothing but the moaning of wind, and the sound of Alice sobbing quietly into the pillow.

The following morning I was awakened by the squawking of crows and a bright shaft of sunlight falling obliquely across my bed. Alice was not beside me, but I could hear the sound of her spade turning frozen earth below in the garden. I got up and washed, then went down to the kitchen. The sun was shining, the sky was blue, and the earth was covered with a thin sheet of snow. The hills in the distance, sprinkled with a light, white powder, had the appearance of slumbering oxen.

I found the table set and there was the smell of buns baking in the oven and hot cocoa on the stove.

Alice came in, her cheeks glowing, her arms full of freshly picked dahlias. […]

“Go look at the garden door,” she said.

At first I didn’t understand, and looked at her blankly.

I went down into the garden and crossed quickly to the small cellar door. Directly in front of it, and leading from it straight across the lawn to the woods in the back was the trail of a man’s shoe prints outlined very clearly in the light fall of snow.

The cellar door had been scratched and splintered in several places as if a large animal had clawed at it. And above the lintel smeared in large red letters was the word GOD, which Richard Atlee had written in the blood he had drawn from lacerating his hands on the cellar door.