The Unspeakable Crimes of Dr. Petiot

Parisians thought they were escaping Nazi-occupied France. Instead, they faced death at the hands of a sick and twisted man.

The Unspeakable Crimes of Dr. Petiot 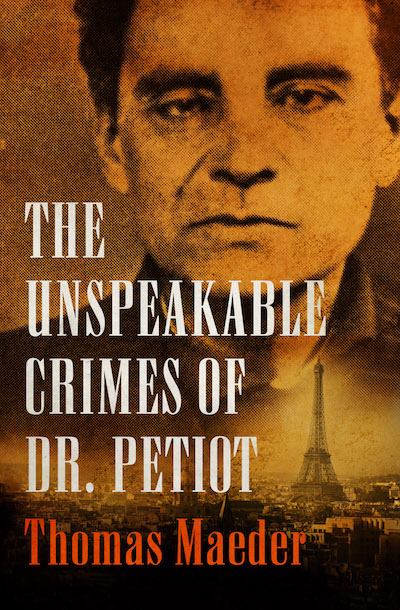 A hatless man in a gray overcoat rode up on a green bicycle and dismounted in front of number 21. He was in his early to mid-40s, with piercing eyes of such dark brown as to look black. He seemed surprised to find the doors to the building ajar, but with an air of confidence and authority approached Fillion and identified himself as the brother of the building’s owner. Teyssier and the two agents led the man into the building; he began climbing the steps toward the main floor, but they quickly motioned him downstairs.

Related: Doctor Satan: the Life and Murders of Marcel Petiot

Gazing calmly at the litter of human remains in the basement, the man said: “This is serious. My head may be at stake.” The policemen were scarcely surprised. They accompanied the man back to the street to escape the smell of decayed and burning flesh. He turned to them and asked, “Are you Frenchmen?” Teyssier indignantly asked the reason for this strange and offensive question. 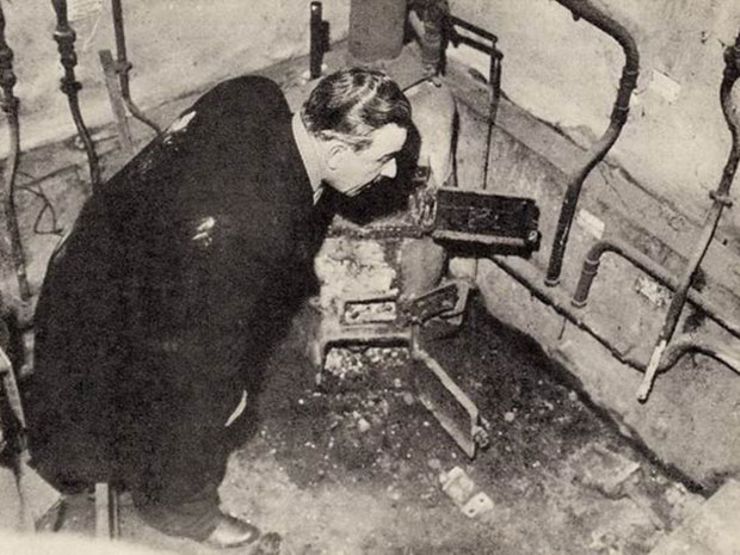 One of the stoves in Dr. Petoit’s basement. Photo: Murderpedia.

“The bodies you have seen are those of Germans and traitors to our country,” he replied. “I assume you have already notified your superiors and that the Germans will soon learn of your discovery. I am the head of a Resistance group, and I have 300 files at my home which must be destroyed before the enemy finds them.”

By March 1944, Paris had already suffered nearly four years under the Occupation and German military rule. There were two Gestapo offices in the neighborhood of the Rue Le Sueur, and a brothel reserved for German officers was just around the corner. The man spoke with conviction, and it seemed obvious to the French policemen that the carnage was the result of systematic executions by an organized group. Teyssier tipped his cap to a patriot and advised him to flee, promising not to mention the visit when his superiors arrived. And thus Dr. Marcel Petiot—for it was he himself—climbed back on his bicycle and rode off into the night.

Related: 10 Demented Doctors That Will Make You Sick

Brigadier Henri Chanel soon arrived with three men from the local police station and, after briefly inspecting the still-burning stove, ordered the firemen back to their station and called the police commissaire for the quartier of Porte Dauphine and the appropriate judicial authorities. The commissaire arrived 15 minutes later and promptly called back the firemen to extinguish the stove and remove some of the remains. He then examined the rest of the building. 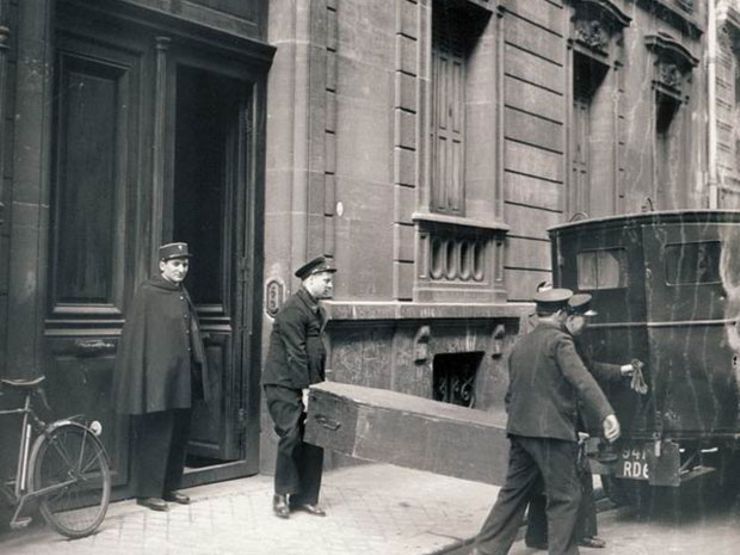 In the garage next to the consultation room, the commissaire discovered a pile of quicklime—14 feet long, eight feet wide, and three feet high at its peak. Interspersed throughout the pile were fragments of flesh and bone, among which he recognized a jawbone and a detached human scalp. In the adjacent stable he found a former manure pit; a block and tackle was rigged above it and a wooden ladder propped inside. Leaning over, the commissaire discovered it was half filled with several more cubic yards of lime and human remains. On a landing of the staircase leading from the courtyard down to the basement he found a canvas sack containing the headless left side of a human body, complete but for the foot and internal organs. At the bottom of the stairs, next to the mound of coal and corpses, was a hatchet covered with rust-colored stains and, a short distance away, a shovel.

Meanwhile, the other investigators had found, joined to the consultation room by a small corridor, a triangular chamber—six feet on the short side, eight feet on the longest, and completely empty except for eight heavy iron rings fixed in one wall and a naked light bulb attached to the ceiling. Opposite the entrance was a double wooden door, and beside it an electric doorbell. 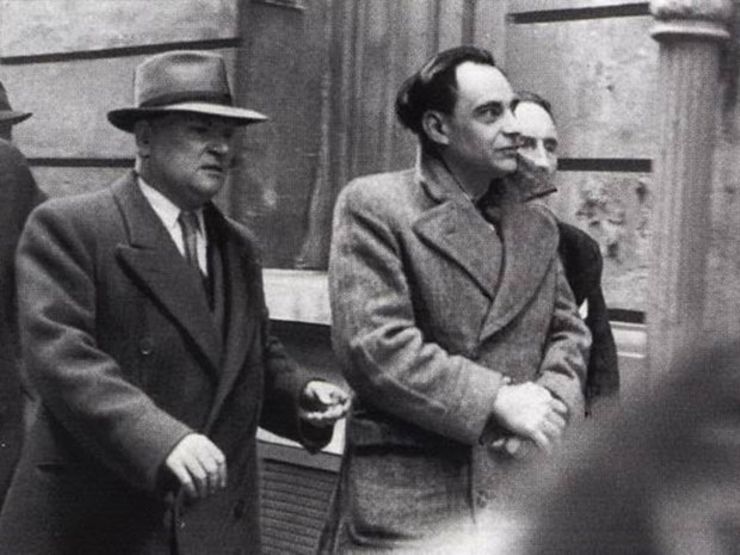 Given the layout of the building, the doors presumably led to a street in the rear, but when Massu forced them open he found that they were attached to a solid wall. The wires of the bell led nowhere. A zealous policeman began to remove the room’s wallpaper and was rewarded by the discovery of the wide end of a spyglass such as those placed in apartment doors to identify visitors. The eyepiece was just over six feet off the ground in the stable on the other side of the wall, and next to it were two light switches: one for the stable itself, the other for the triangular room.

As an experiment, Bernard Massu positioned himself between the eight iron rings in the room as though lashed to them. Through the viewer in the stable, the commissaire saw his son’s enlarged face perfectly framed in the field of vision. On his way to the stable, Georges Massu noticed that the door to the triangular room had no knob on the inside.

As yet, there was no indication of who the victims might be nor why they had been killed, but the death scenes the house’s arrangement conjured in Commissaire Massu’s mind grew increasingly horrifying. Under some pretext, he imagined, the doctor instructed a patient to leave his consultation room by the back door. The patient, already drugged or poisoned—gas, perhaps, or an injection—entered the triangular room, whose one true door, virtually soundproof, he could not reopen once it closed. Perhaps Petiot lashed his victims to the rings, then watched their death agonies from the stable …