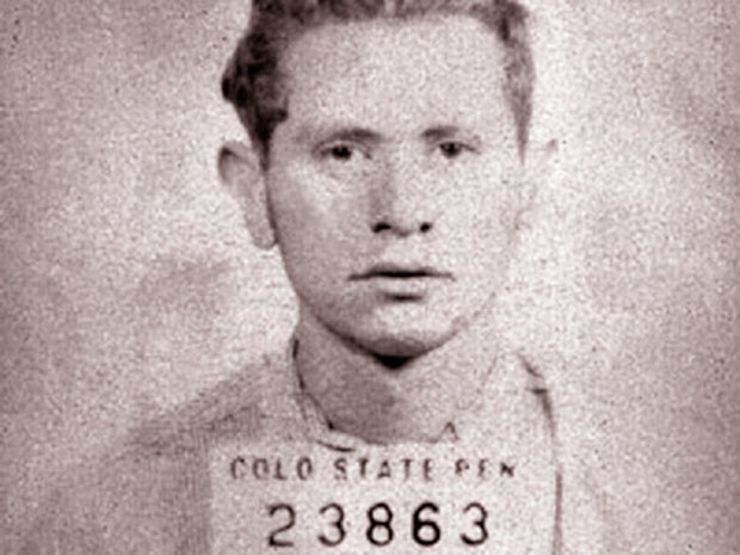 Harvey Glatman was born in December of 1927 to a Jewish family in the Bronx, New York, but he was raised in Colorado. From an early age, Glatman exhibited some very odd behavior. For instance, at the age of 12, his parents noticed he had a red, swollen neck. He then described an activity he engaged in while in the bathtub: placing a rope around his neck, running it through the tub drain, and pulling it tight. His parents recall him saying that he achieved “some kind of sexual pleasure” from the act. At this revelation, his mother promptly took him to see the family doctor … who told her that Harvey would, “grow out of it.”

By the time Harvey Glatman was 16, he was breaking into apartments and other private residences. In one such break-in, he stole a handgun. He then began breaking into women’s houses after seeing them on the street and following them home. He’d demand that they strip for him, at gunpoint. One of his victims reported him to police and he did a 12-month stint in jail. When he was released, his parents moved the entire family to New York, as they feared the stigma of Harvey being labeled a “sex offender” in Colorado.

However, once he hit the streets in NY, Glatman was up to no good again, and was caught mugging women. He was sentenced to a 5-10 year sentence in Sing-Sing. While there, a psychiatrist described him as having a psychopathic personality–but it fell on deaf ears. After only three years, Glatman was released on parole under his parents’ supervision. 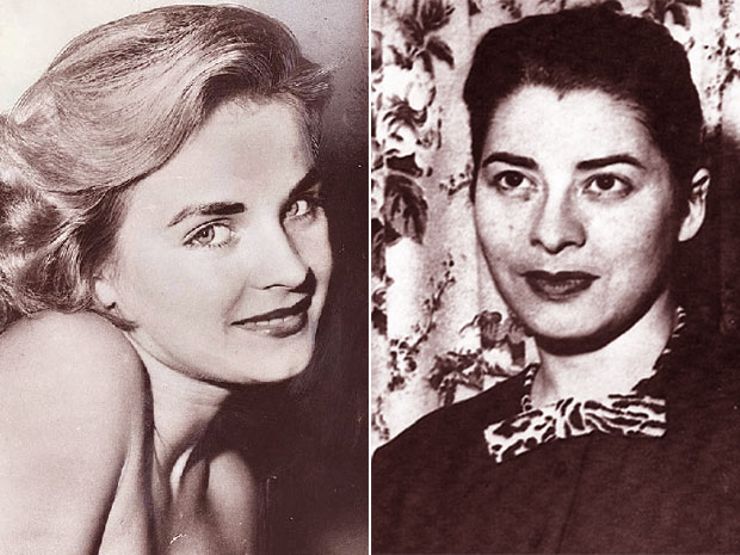 As soon as the parole period was over in 1957, Glatman picked up and moved to Los Angeles where he worked doing television repair, bought a car, and became part of a photography club. His life finally seemed somewhat normal … until he started buying expensive photography gear, calling himself Johnny Glynn, and calling modeling agencies.

When he called an LA agency, asking for a young model for a true-crime magazine shoot, they were only too happy to send one over to his studio (his apartment). Judy was experienced in these types of shoots, as film noir-type true crime magazines were quite popular at the time.

Nineteen-year-old Judy Dull showed up, allowed herself to be bound, and gagged while Glatman took photos of her. Of course, when he was done snapping pictures, he didn’t untie Judy. He merely raped her and transported her out to the desert outside of Los Angeles. Then he raped her again, strangled her, and photographed her dead body.

Six months later, Glatman joined a “Lonely Hearts Club,” and through it, met Shirley Bridgeford. For their one and only date, he transported her out to the desert and repeated the same process again.

After only four months, he decided he needed the thrill again and called a different modeling agency.  This time they sent Ruth Mercado, and he repeated what he’d done with Judy Dull, complete with photos of the whole ordeal. 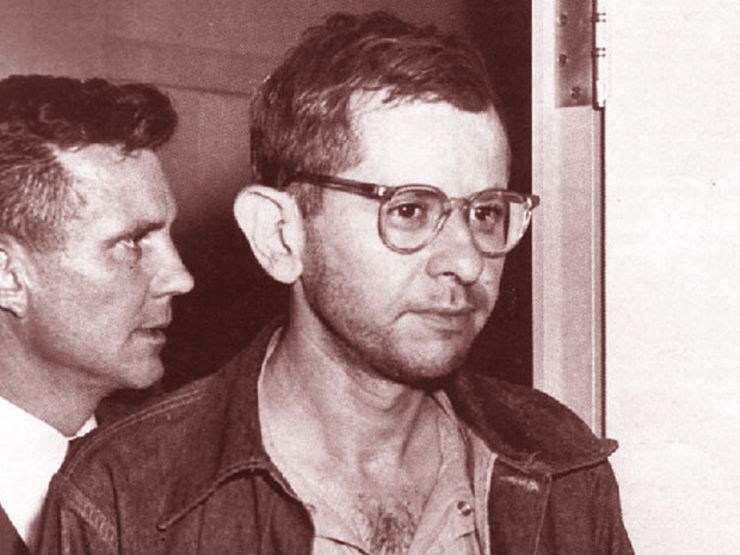 Glatman’s next few attempts failed when the models he tried to hire became wary and would not go to his apartment. Then an aspiring model named Lorraine Vigil accepted his proposition. Harvey Glatman thought he was set. But when Lorraine began to fight him in the car after he drew a gun on her, a passing patrolman noticed the struggle and pulled over just in time. Lorraine escaped and Glatman was arrested.

After being taken to the station, Harvey Glatman quickly confessed and admitted to every detail of his crimes, and how he’d planned them.

He was found guilty of first-degree murder and sentenced to death. He was executed in San Quentin’s gas chamber in September of 1959. It took him 12 minutes to succumb to the asphyxiation–a feeling that he’d grown to love by the time he was only 12 years of age in his own bathtub.

An ironic, but fitting end to a man who was wryly dubbed “The Lonely Hearts Killer …” After all, he never had a heart in the first place.

THIS STORY WAS FIRST PUBLISHED ON America’s Most Haunted.
READ MORE:
New Evidence in Long Island Serial Killer Case with The Killing Season’s Josh Zeman and Rachel Mills on After Hours AM/America’s Most Haunted Radio
Catching Up with Supernatural–“American Nightmare” “The One You’ve Been Waiting For” “Celebrating the Life of Asa Fox”
The Walking Dead–Hilltop and the Value of Diplomacy