Trail of Dead: The Horrifying, Real-Life Case of the Beast of Gévaudan

In 18th century France, the region of Gévaudan was terrorized by a bloodthirsty creature.

In the 18th century French province of Gévaudan, a large, man-eating beast terrorized the countryside for nearly three years.

While it is now widely accepted that the creature was actually a massive wolf, local folklore continues to speculate about the true nature of the beast. Over 100 attacks were attributed to the creature—with other estimates claiming close to 200 victims. Some believed it was a werewolf; others, a half-man half-beast. Less mythically inclined individuals believed it was a deformed and oversized wolf, or a stray hyena.

Related: The Werewolf of Bedburg

Regardless of what it was, the fact is, this creature was responsible for some incredibly horrid attacks. The beast’s reign of terror began in the summer of 1764, with the attack of a young woman tending cattle near the Mercoire forest, and soon thereafter with the killing of 14-year-old Janne Boulet in the nearby village of Les Houbacs. 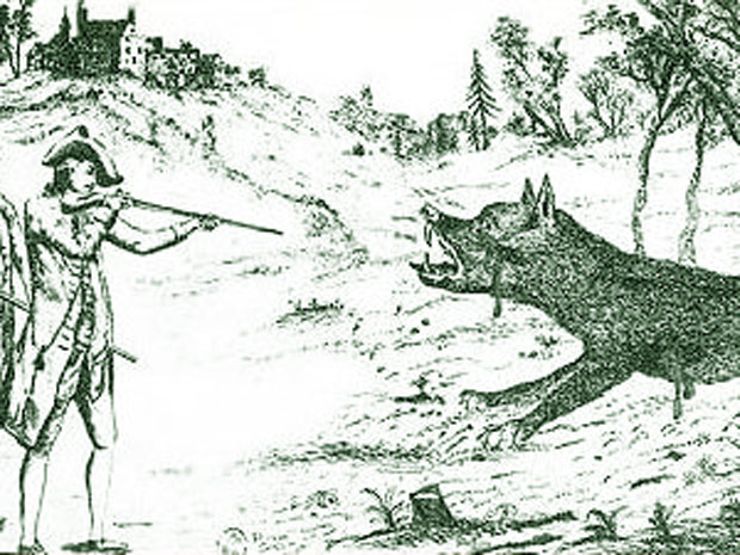 The young woman tending cattle near the forest survived her brush with death. She got a clear look at the beast, before several bulls from her herd charged at it and drove it away. She testified that it was a large, wolf-like creature, with small ears, a dog-like head, a long tail, and reddish fur—and, of course, very large teeth.

Attacks continued, and by December of that year, locals suspected that there were two of these ghastly beasts. The killings were so numerous, it was hard to believe that just one creature was capable of the deeds. Almost always, the beast picked off lone men, women, and children in the surrounding countryside. Sometimes the victims’ bodies were found partially eaten, with severe bite wounds to the head and neck. Other times, their bodies were not found at all, as in the case of a little girl whose bonnet and clogs were all that remained from her disappearance.

Related: 46 Creepy Mythical Creatures That Terrify People Around The World

In February of 1765, King Louis XV sent professional wolf-hunters to the area. These men tracked and killed numerous Eurasian wolves, but the killings in Gévaudan continued. In June, François Antoine, the King’s own Lieutenant of the Hunt, joined the search for the beast.

By the end of September, Antoine had killed three large grey wolves, the largest and last of which was believed to be—finally—the beast that had terrorized the province. It weighed 130 pounds, measured 31 inches in height, and over five and a half feet in length. It was stuffed and displayed, and Antoine was given a great sum for his heroic deed. 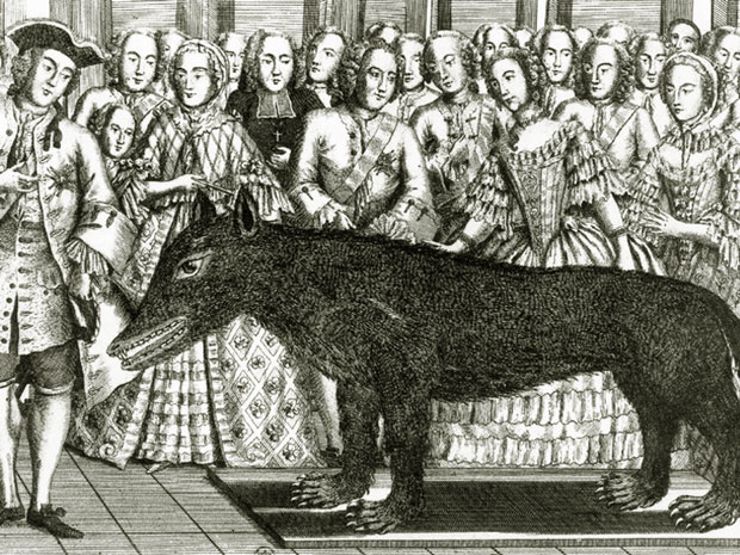 And then, just two months later: another attack.

Dozens more were killed in the following months—clearly, the beast was still on the loose. It wasn’t until June 19, 1767, when a local hunter by the name of Jean Chastel shot an enormous reddish wolf, that the killings finally stopped. Though innocent lives were no longer being taken, the beast left in its wake a legacy of extreme paranoia and fear, that plagued the entire province even after its death.

Now, nearly 250 years later, there is a local museum in Sagues, France, dedicated to relaying the story of the Beast of Gévaudan. Visitors can walk through 22 life-size dioramas that attempt to convey the immense terror and confusion that the beast wrought on the villages of Gévaudan so many years ago.

To learn more about the Beast of Gévaudan, check out the book Beast by S. R. Schwalb and Gustavo Sánchez Romero.