In his hometown of Glasgow, Scotland, Allan Pinkerton was not considered to be a man on the right side of the law.

After his father, a police sergeant, was killed by rioters in 1828 when Pinkerton was 10 years old, he took a job as a barrel maker to support his mother. He eventually became a member of the Chartist Movement, fighting for workers’ rights. His passion for the cause was so great that when he was asked to help a Chartist leader escape from prison, he didn’t hesitate to help.

The Scottish government came after him – and the rest of the Chartists – as traitors to the crown, so to avoid execution, Pinkerton grabbed his brand new bride and sailed to Canada.

The couple eventually immigrated to the United States, and by 1842 Pinkerton was working once again as a barrel maker – this time in Chicago. He slowly returned to his roots as an advocate for the common man: He joined the Chicago Abolitionists and set up his home as a stop on the Underground Railroad.

Recognizing the the large number of criminals populating Chicago, Pinkerton decided to take after his old man and join the Chicago police department in 1847. He became their first detective in 1849 and developed a reputation as a shrewd investigator. However, he soon realized he could make more money on his own, so he decided to leave the force and open the first-ever American private-eye firm.

After securing enough prospective clients, Pinkerton teamed up with attorney Edward Rucker, and they formed the Pinkerton National Detective Agency, revolutionizing the art of  surveillance and disguise.

Pinkerton required all his detectives be upstanding citizens, and he created The Pinkerton Code as a way to act while on the job. Here’s what they had to do:

In 1856, Pinkerton hired the first female detective—Kate Warne. Although she had no formal training, she quickly rose to be the agency’s most talented investigator, and she paved the way for Pinkerton to hire other female detectives – something unheard of at the time. Warne became Pinkerton’s right-hand woman and was crucial in solving some of the agency’s most baffling crimes – like the attempted assassination of Abraham Lincoln. 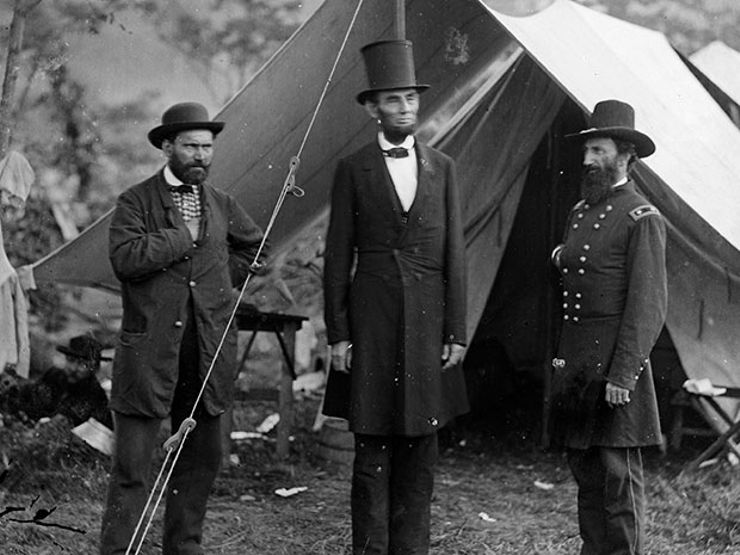 While the majority of the agency’s cases specialized in railroad robberies and embezzlement, in 1861 Pinkerton was hired to provide security for the President-Elect during his journey from Illinois to Washington D.C. for his inauguration. Pinkerton investigated some suspicious rumors coming out of Baltimore and learned of a plan to stab Lincoln as he passed through the city. He arranged for the politician to take an alternate train in the middle of the night – now called Lincoln’s Midnight Ride – and he successfully avoided any potential assassins.

Once Lincoln took office, he commissioned Pinkerton with forming the Union Intelligence Service in order to gather information on the southern spies posing as Unionists in the capitol during the first few months of the Civil War. Pinkerton worked with Ohio-based Union General George B. McClellan on this project, and when McClellan was transferred to Washington, Pinkerton went with him, expanding his intelligence operation behind enemy lines.

He hired freed slave John Scobell – noted for being the first African-American agent – to pose as a food vendor, laborer, and cook in Richmond, the Confederate capitol. Scobell collected information about supplies, troop morale, and other information from black leaders in the area.

Unfortunately in 1862, Pinkerton was replaced as Intelligence Service Chief, and he returned to private agency work in Chicago. He was hired by the railroad express to track down the infamous outlaw, Jesse James, however as James continued to elude capture, the railroad withdrew their funding for the investigation. Pinkerton continued to track James at his agency’s expense, however, his efforts ended in failure. 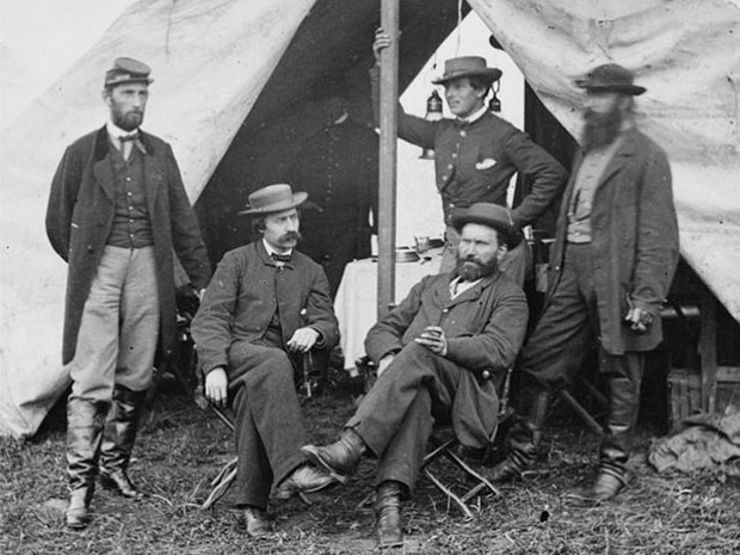 Caption: This is the only photo believed to exist of Kate Warne (middle, leaning against pole). Allan Pinkerton is sitting directly below her.

Throughout the 20th century, the esteemed agency continued its high profile work. In 1968, they escorted the Mona Lisa across the Atlantic Ocean. Still in business, the agency continues to protect railroads and is considered one of the leading innovators of corporate risk management solutions.

The incredible history of Allan Pinkerton and the Pinkerton Detective Agency continues to be a source of inspiration in pop culture today. The agency was featured in television shows Boardwalk Empire, Deadwood, and The Pinkertons, and films, such as Wild Wild West and 3:10 to Yuma. But the best stories of the agency come from Allan Pinkerton.

Originally written to in response to the negative press surrounding the agency, Pinkerton wrote embellished retellings of some of the agency’s most exciting cases, beginning with The Expressman and the Detective. However, the stories became enormously popular and even went on to inspire the works of Arthur Conan Doyle and Mark Twain. 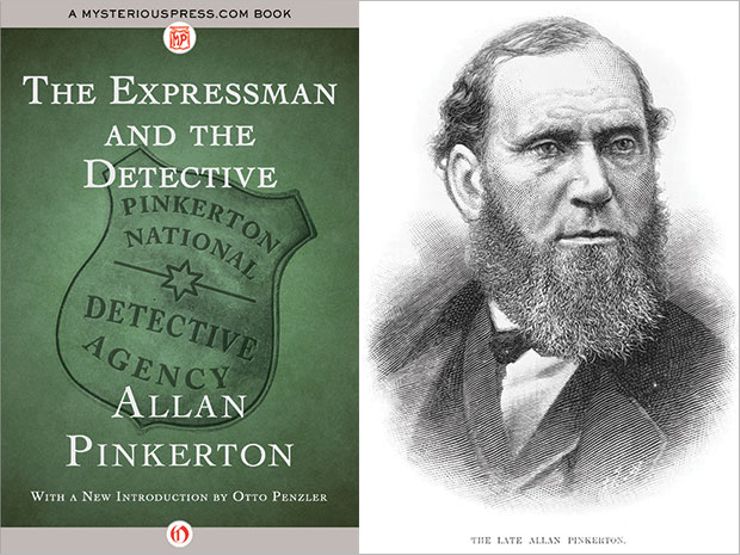