Evil Among Us: Was the 1973 Horror Classic The Exorcist Cursed?

The possession horror flick terrified moviegoers in 1973—but did it also unleash a deadly curse?

When the 1973 horror classic The Exorcist premiered in theaters, it was so upsetting to audiences that it caused bouts of fainting and vomiting. There were reports of theaters providing barf bags, and even ambulances standing by outside. But the audiences weren’t the only ones affected by the film; the cast and crew met with many unfortunate circumstances during and after the filming as mysterious events unfolded.

Developed from the novel of the same name, The Exorcist was based on the real-life purported possession and exorcism of Roland Doe, prompting many people to believe the film could be cursed. The film follows the story of 12-year-old Regan and her family as they deal with her increasingly disturbing behavior. Here are the most compelling stories of the film’s tragic—some say demonic—legacy.

During a screening of the film in Rome, a storm surged around the theater as the audience filed inside. Shortly after, a giant, 400-year-old cross on top of a nearby church was struck by lightning, causing it to fall into the plaza below.

During filming, the set of the MacNeil’s home caught fire and destroyed much of the building. Director William Friedkin suspected a pigeon flew into one of the circuit boxes and started the fire. No matter what the cause, Regan’s room was untouched by the destruction.

Ellen Burstyn, who played Regan’s mother, would only agree to do the film if her line “I believe in the devil” was taken out of the film. Unfortunately, that did not protect her from the alleged curse. During a scene where her possessed daughter threw her from the bed, her harness was pulled too harshly, and she sustained a permanent injury to her back. The scream that came from the pain was so horrifying that it was used in the final cut of the film. 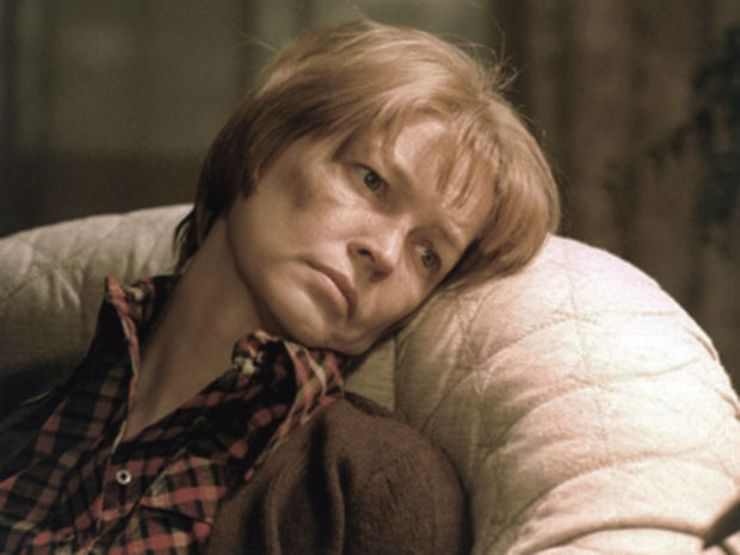 Ellen Burstyn claimed that nine people were killed during the making of the film. Actor Jack MacGowran, who played Burke Dennings, died from a heart attack related to a case of the flu shortly after completing finishing his work on set. Vasiliki Maliaros, whose only role was in The Exorcist, also died during post-production from “natural causes” at age 89. Actor Jason Miller’s toddler son was struck by a motorbike and killed during filming. Other deaths included Linda Blair’s grandfather, a night watchman, a special effects expert, and a cameraman’s newborn baby.

Mercedes McCambridge, the voice actress who played the demon that spoke through Regan, experienced a real-life horror movie of her own. In 1987, her son killed his wife and children, before turning the gun on himself.

An extra in the film, Paul Bateson, was a real life X-ray technician at NYU Medical Center where a scene was filmed, and played the same role as an extra. In 1979, Bateson was found guilty of the murder of a film critic Addison Verrill, whom he stabbed in the heart, and suspected of killing at least six other men and disposing of their bodies in plastic bags found washed up on the Hudson River. Bateson admitted to several killings. He claimed to have killed one man by crushing his skull with a metal skillet. 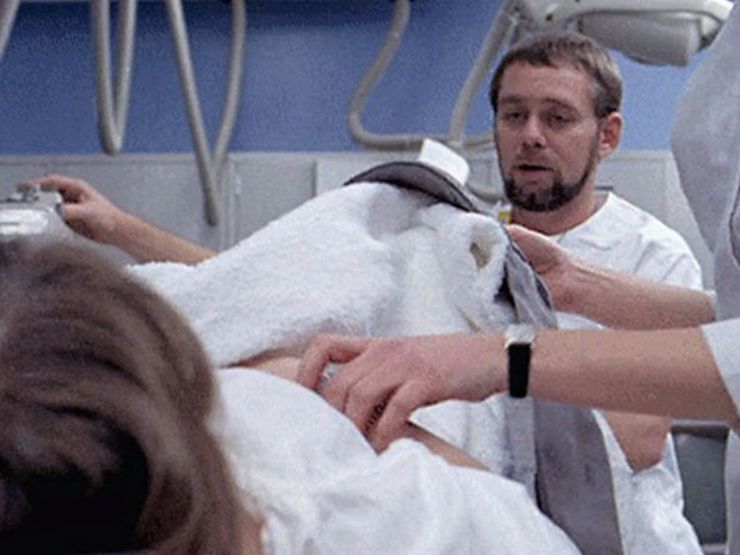 Reports from the crew recall seeing objects move about on their own, most notably a telephone used to communicate on set that rose from the receiver and fell multiple times. In response to these eerie events, director William Friedkin asked religious advisor Reverend Thomas Bermingham to come on set and perform a real-life exorcism. Reverend Bermingham at first refused, saying that it would only make anxieties worse. The fire occurred the next day, prompting Bermingham to return to set and give a blessing.

Many religious leaders condemned the making of The Exorcist, citing the dangers associated with demonic content. Perhaps they were right, or perhaps a series of coincidences has created a legend. Either way, The Exorcist lives on as a horror classic—both on and off screen.

This story was first published on Hunt A Killer.
Read More:
Making Sense of Heaven’s Gate: 20 Years Later
Murdered on Lovers’ Lane
Friendship in the Fantastical Realm: The Parker–Hulme Murder Case and the Slender Man Stabbing

All Stills from "The Exorcist" via Warner Bros.

hunt a killer
The Exorcist
Murder
Published on 21 Apr 2017