What did you see?

Are you ready for Stranger Things? 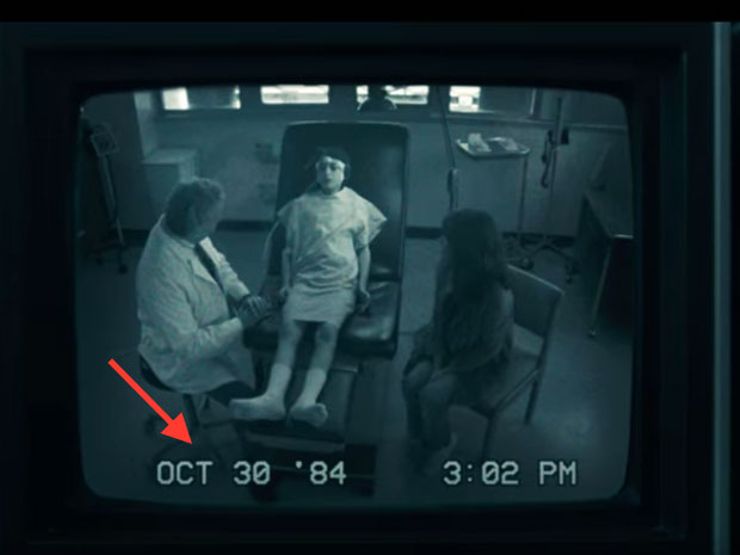 We’ve known about its return for a while now, but last night, during the Super Bowl, we got our first real look at the second season of Stranger Things, which is set to hit Netflix on Halloween 2017. Check out the mysterious trailer, which runs for little more than 30 seconds:

Exciting! But what does it all mean? Is there anything we can really glean about the second season from this tantalizing clip? Let’s break down the most important and potentially revealing frames for clues… 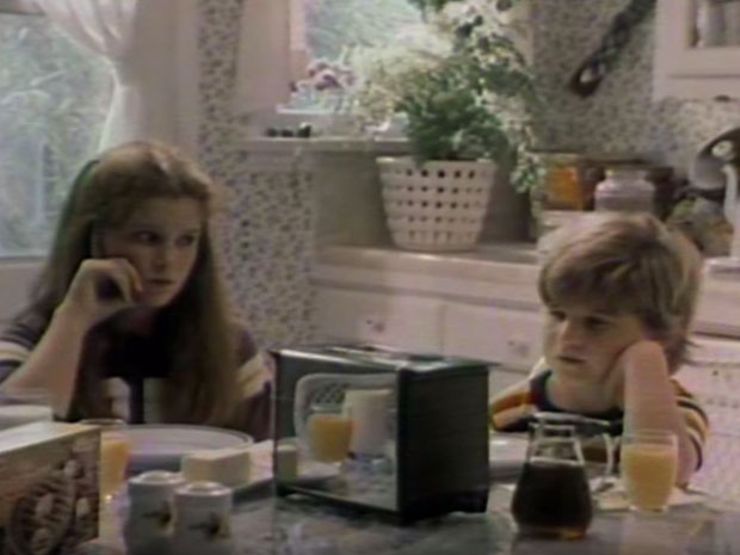 …with a retro Eggo commercial. We think the meaning of this is apparent enough. 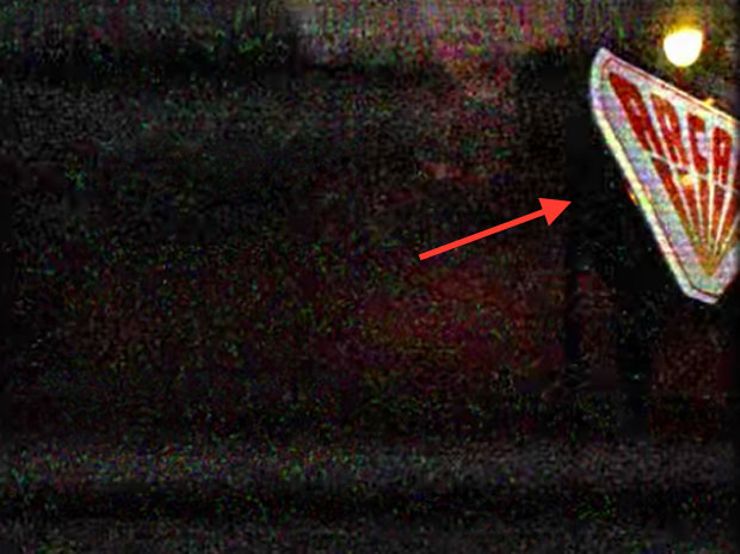 To this eerie, static-y image of an arcade sign. We didn’t see the gang hanging out in arcades in the first season, but it wouldn’t be too far fetched to assume they’re the arcade-frequenting type. In fact, as ’80s boys who also play D&D, let’s make the very safe assumption that Lucas, Will, Mike and Dustin definitely hang out at the arcade. But how—or why—will this be relevant to season 2? TBD… 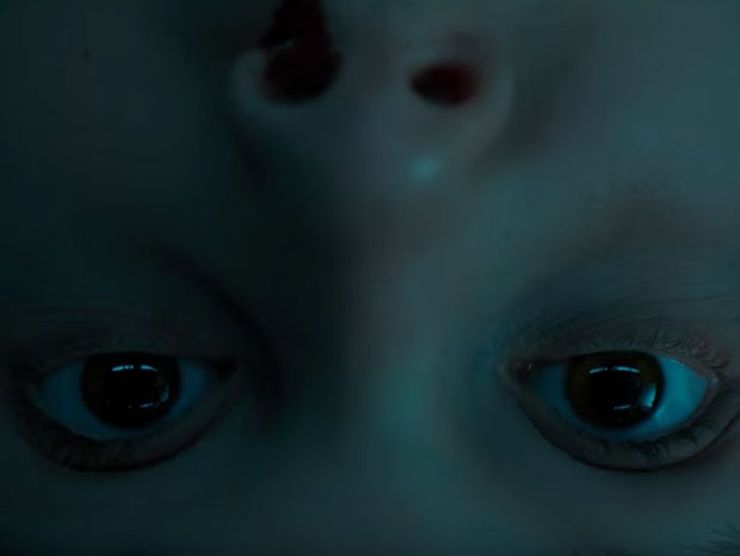 Aaaand hello, ELEVEN! Nosebleed and all. Last season left on a bit of a cliffhanger as to Eleven’s fate after she vanquished the demogorgon. Few viewers, however, doubted actress Millie Bobby Brown’s return to the show. IMDB confirms her presence in the upcoming season, and this trailer seems to, as well.

Now to the clues: 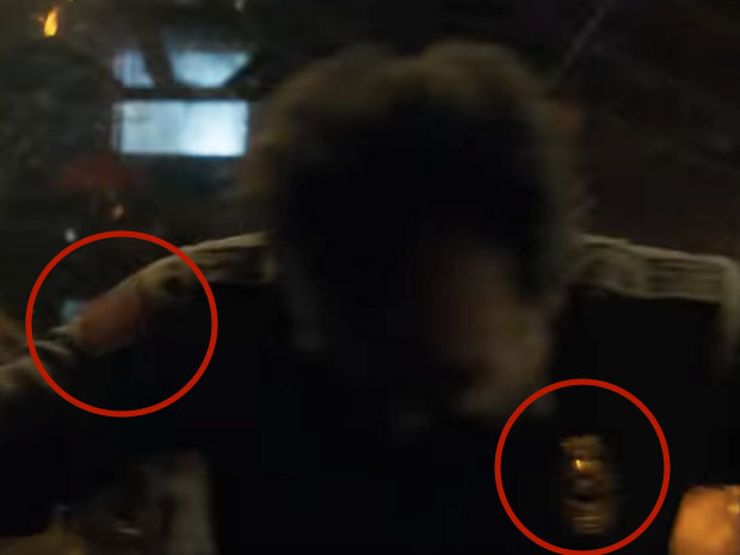 Look at that American flag patch on the right arm and the glimmering police badge on the chest: it’s Hop. And he seems to be caught in the middle of an explosion… 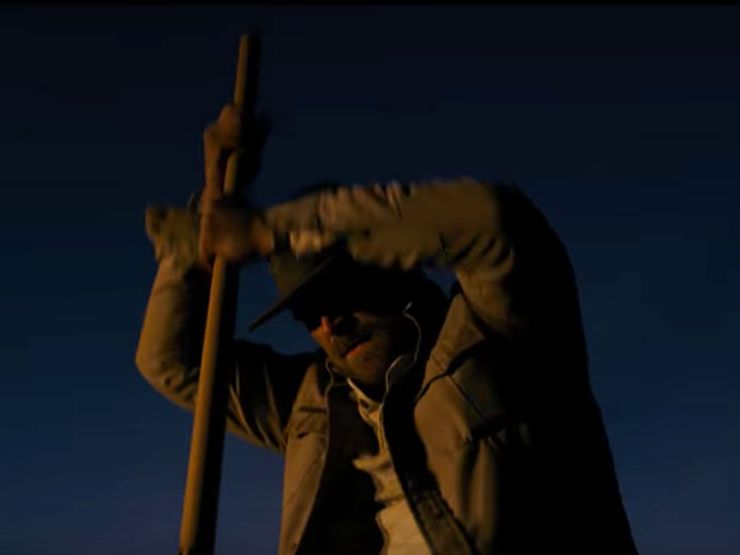 Hop again! And he’s—burying something? Jabbing something or someone to death with a shovel? Unless he’s compacting the trash, this doesn’t look good.

This is perhaps the juiciest part of the whole teaser—and it flashes on the screen for all of a second. Let’s linger on it now. On the left is a figure in a lab coat, who calls to mind the sinister-men-in-white-coats who worked for Dr. Brenner. Then, in the chair, wearing a hospital gown with electrodes stuck to his head—is that poor Will?! The woman seated to the right certainly looks like Wynona Ryder’s Joyce Byers. Furthermore, look at the date. Will vanished on November 6, 1983. This footage is from Halloween eve of the following year. We know that Will [spoiler] escaped the Upside Down in the first season—though not without some very troubling side effects. What could have happened over the course of that year? It seems we will be finding out. 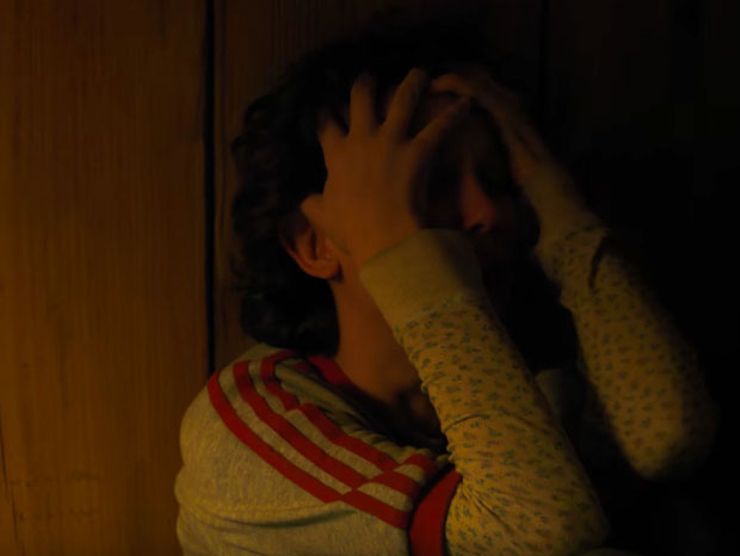 That is totally Eleven with hair—wearing what we can only assume will be next year’s top Halloween costume. She looks upset (what else is new?). Regardless, her fresh look confirms we will indeed be graced with her presence in season two. 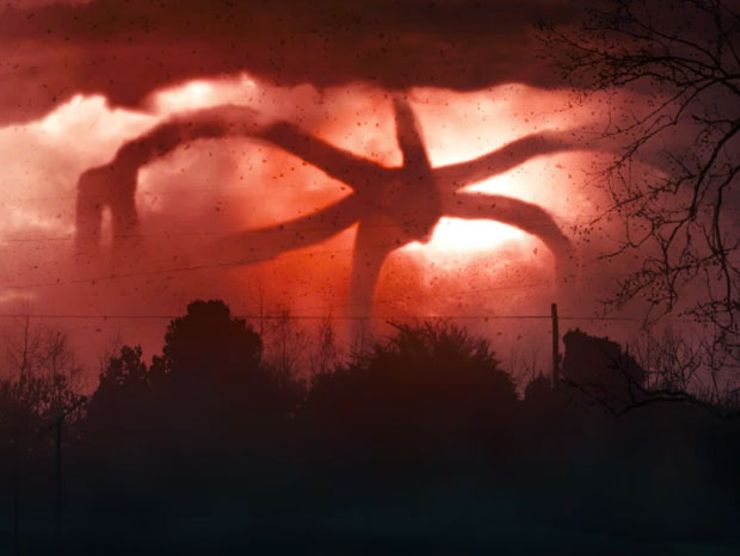 OK, so it looks like the apocalypse is upon Hawkins, Indiana. Could that thing be the demogorgon’s distant relative? Or is the demogorgon back, meaner and more massive than ever? We’re getting serious War of the Worlds (circa 2005) vibes from the giant spider shape in the sky. That seems appropriate, considering War of the Worlds was directed by the patron saint of the Duffer brothers, Steven Spielberg. It seems the iconic director will continue to be a massive influence in the new season.

What do you think? Did you catch anything we missed? Are you going to be able to make it until Halloween? As always, let us know in the comments.

Want more scary shows? Sign up for The Lineup’s newsletter, and get our most bone-chilling recs delivered straight to your inbox.

All stills from "Stranger Things" via Netflix