5 Burning Questions We Have About “Stranger Things” Season 2

Our prayers have been answered: Netflix has renewed the summer smash hit Stranger Things for a second season, premiering in 2017. Here’s the trailer that came with the announcement:

As you can see, we’re not working with much here. We have nine cryptic titles—presumably corresponding to the nine confirmed episodes of  season 2. We know the action starts in the fall of 1984. In an interview with Entertainment Weekly, season 1’s writers and directors the Duffer Brothers revealed some vague details: old characters will return and new characters will be introduced, some action will take place outside of Hawkins, we will (yikes) be returning to the Upside Down, and director James Cameron will be a major influence.

Well, OK, but here’s what we really can’t wait to find out:

This question has captured the public imagination, as well as its outrage, more than any other part of the show. When we last saw Nancy’s glasses-wearing best friend, she was in the Upside Down, with nasty-looking worms coming out of her mouth. Is she dead? As we know from Will, miraculous comebacks from the Upside Down are possible. So, will we finally get #JusticeForBarb this season, even if it’s just a confirmation of her death? Will anyone in this godforsaken town – other than Nancy – finally show some interest in her disappearance?

Will she reunite with her mom? Please, oh please let the answer be YES. Just one season of Millie Bobby Brown as everyone’s favorite Eggo-eating, superpower-wielding little girl was not enough. It seems like, in destroying the monster in the finale, Eleven herself was destroyed. But if that’s the case, why was Hop leaving out Eggo waffles in the forest, like some kind of offering? We have a feeling that this won’t be the last we’ve seen of Eleven. 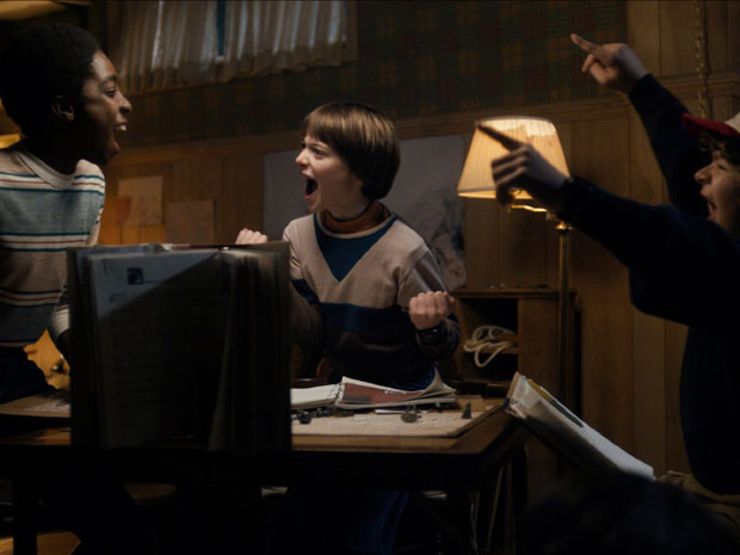 That looked like a nasty hallucination/flashback in the bathroom at the very end of the season 1 finale. Plus, he’s still coughing up worms. Has all that time spent in the Upside Down had an effect on Will that’s yet to be fully realized? We think so.

4. Will Nancy stay with Steve?

It seemed like things were heating up with Nancy and Jonathan, but then Steve proved he was actually a good guy, and the finale showed them snuggling on the couch. We are obviously team #Jonancy, but Steve does have some seriously amazing hair.

5. Will the evil scientists be brought to justice?

Especially Eleven’s sadisic “papa”. Or are they merely cooking up another horrible experiment for season 2, undeterred by season 1’s events?

As always, let us know what you think in the comments, and keep an eye out for more season 2 updates.

All stills from "Stranger Things" via 21 Laps Entertainment