In the 1970s, Fred and Tom were two ambitious film students catching an advance screening of Star Wars. But their high times were about to come crashing down...

In November 1976, the University of Southern California’s famed film school in Los Angeles operated out of old cavalry stables that had been converted into classrooms. I was there as a graduate student, studying for a Master of Fine Arts in cinema.

We called the place “the department.” It stretched like a U around a communal courtyard, where film students like sandy-haired Tom Bush from Connecticut and bushy-haired me from Brooklyn—back then I had hair too—sat at picnic tables analyzing films.

There was a feeling of hope in the jacaranda-spiced air, that anything was possible; any of us could be filmmakers. And smaller films, films that told simple dramatic or comedic stories brilliantly, were encouraged in the film business, weren’t they? 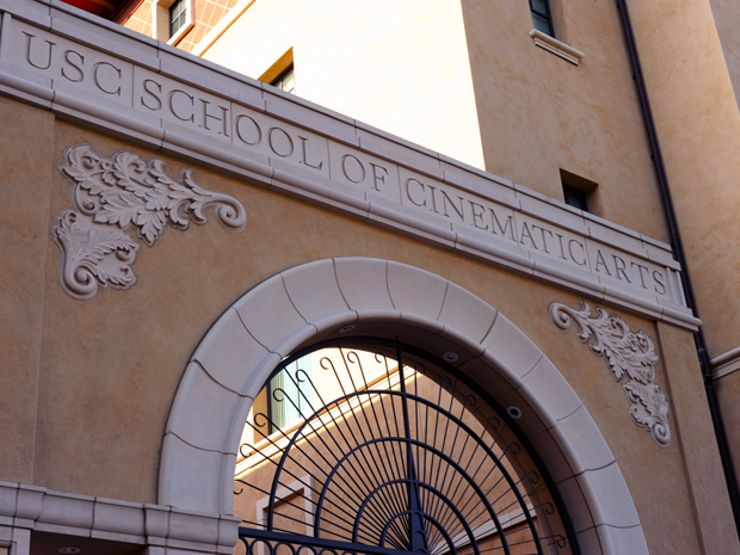 That night, I dressed quickly in my flared dress jeans and long-sleeved paisley shirt, so as not to be late for the film editors conference.

I drove my 1960 Oldsmobile—with the license plate appropriately labeled Junko 88—over to school. On the street in front of the department, I saw Professor Kenny Miura smoking a cigarette, pacing nervously, awaiting his star pupil. Over a decade earlier, he had mentored a kid from Modesto, California and helped mold him into a filmmaker.

George Lucas’ second film, American Graffiti (1973), was a big hit, but since then, nada. Everyone wondered if the Boy Wonder had lost it or had a trick or two up his sleeve. What would he do next?

Miura nervously smoked another coffin nail, while I walked over to the conference a block away.

Already on the stage of the auditorium was Dick Halsey, the bearded young editor of Harry and Tonto, Paul Mazursky’s road movie that got Art Carney the 1974 Oscar for Best Actor. Dick specialized in cutting films that made actors look good. His next movie about a boxer named Rocky was about to be released.

Across from Dick was Peter Zinner, who along with William Reynolds, had been nominated for editing The Godfather in 1973. And then there was Marcia Lucas. Besides editing her husband’s American Graffiti , she had just finished a gig as the supervising editor on Martin Scorsese’s Taxi Driver. 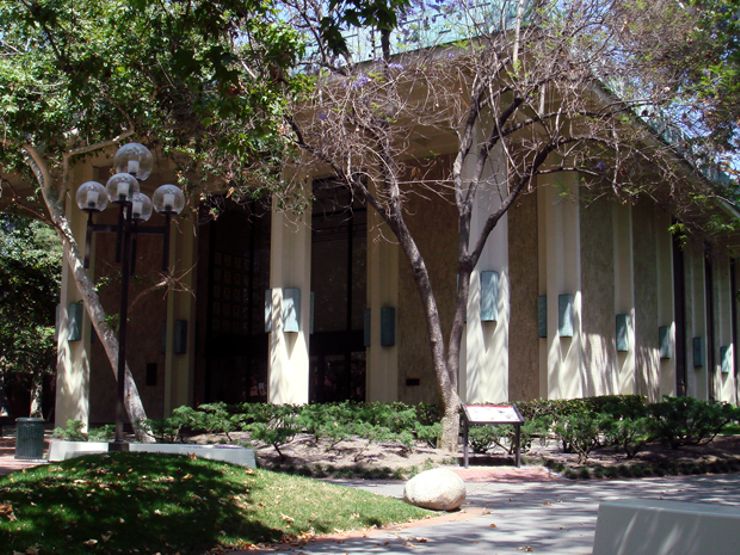 Marcia had slipped in quietly with her short, stocky husband. Sporting a jet-black beard and mustache, George sat next to a beaming Prof. Miura in the audience.

The evening commenced with a lively roundtable discussion moderated by Dr. Rick Jewell. During a break, Marcia left the stage and sat back down next to her husband. They were on the aisle, halfway back in the middle section. Tom Bush seized the moment.

“Come on Fred, let’s go talk to George,” he said, and pushed me down the aisle, right up to Lucas.

Tom had more courage than the rest of us. I was just a lower middle class kid, months out of Brooklyn. What was I doing talking to a big-shot Hollywood filmmaker? But Tom wasn’t one for intimidation. His wealthy parents had taught him everyone was the same, regardless of income, which was why he had befriended me. He knew that money, or the lack thereof, didn’t define you.

“Hey George, what’s your next film?” Tom asked with his big, disarming smile.

The 32-year-old director looked over with a languid, bemused expression.

The conversation quickly dried up, and we returned to our seats. “Sounds like a bomb,” I said to Tom, as we walked along the aisle. 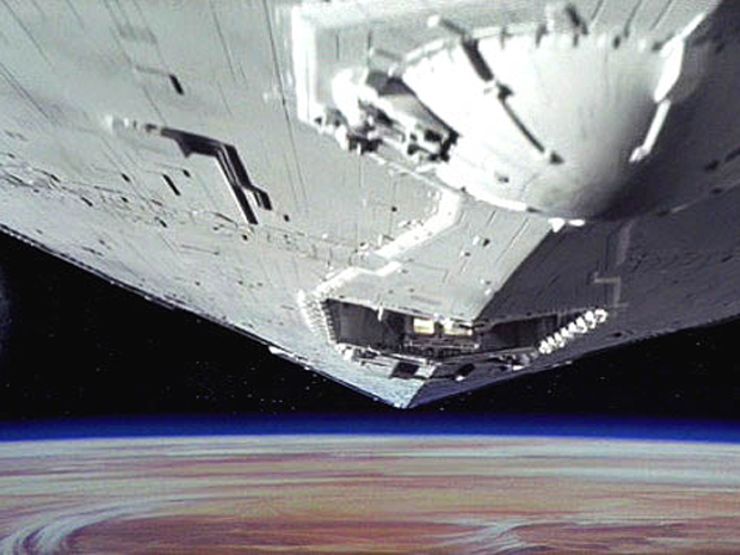 Six months later in early May 1977, George arranged an advance screening of Star Wars for USC’s film students at 20th Century-Fox Studios. Junko 88 went through the main gate and drifted down streets once traversed by the likes of Liz Taylor and Richard Burton.

Inside the big, plush Zanuck Screening Room, we saw a print of Star Wars, fresh from the lab. It didn’t even include all the final effects. Sitting with Tom, we were both transfixed by the opening shot, of Darth Vader’s huge spaceship pursuing Princess Leia’s itty-bitty rebel ship.

I knew immediately the film would be a massive hit—but it was also a death knell.

There we all were, hoping for a career in Hollywood, a business changing as quickly as Obi Wan Kenobi could wield a light saber. Star Wars redefined the limits of moviemaking. Moreover, it showed how the right movie could reach dizzying new heights at the box office.

The smaller films Tom and I aspired to make? Well, they became a thing of the past. 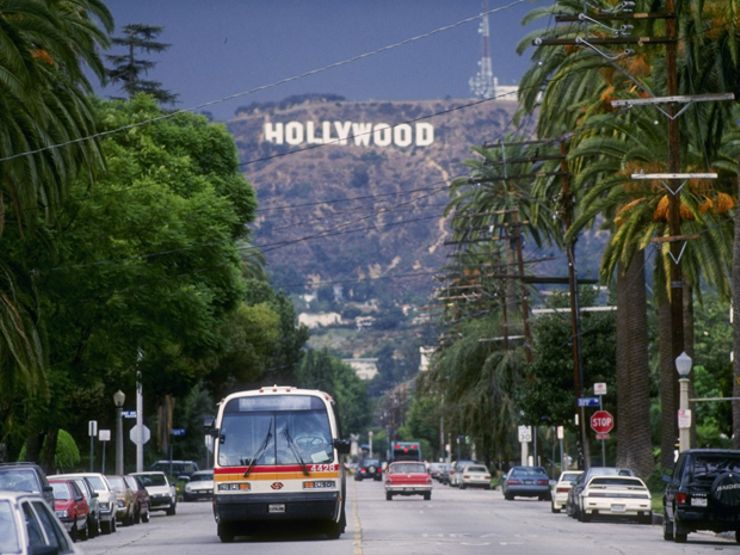 When our class graduated in 1979, Tom became an assistant cameraman for Mid-Ocean Motion Pictures. On Feb. 13, 1981, after a long night’s work, he had just one more task to complete: deliver film for processing on North Cole Street in Hollywood. It was about 1:35 AM. Tom was getting back on his motorcycle, when a car came abreast and paused.

The gun’s muzzle stuck out the window. It barked twice and then the car sped off.

The force of the blasts blew back Tom’s body; he was dead before he hit the ground.

I was devastated when I heard about the death of my twenty-seven-year-old friend, a man who had his whole life ahead of him.

“In separate shootings believed to be related, two young men were killed in the Hollywood area early Thursday morning by a gunman in a car,” read the Los Angeles Times on February 13, 1981. Turned out Tom wasn’t the only one killed that night, allegedly by the same bad guy.

The first victim of the drive-by shooter was eighteen-year-old James Craig Stinson, of Yucaipa, CA. He was standing on the sidewalk on the 1400 block of North Gardner Street when he was shot dead. Twenty minutes later Tom was murdered on the nearby 1000 block of North Cole Street. A witness told police that the gunman fired, then “…paused briefly before speeding off.”

The Los Angeles Police Department looked into the case but never solved the murders. To them, it was just another drive-by. 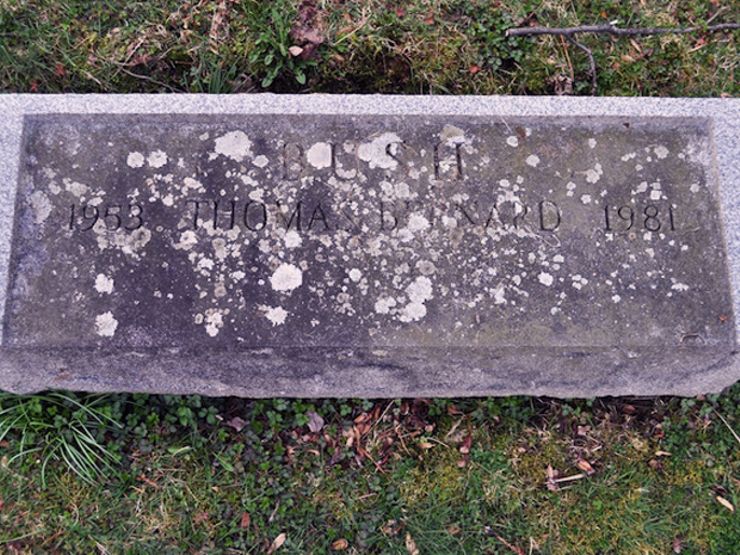 I think about Tom frequently. His homicide still haunts me. As I followed my own path from filmmaking to true crime reporting with a focus on homicide investigations, I realized now is the time, finally, to solve Tom’s murder.

I’m going to look for that witness and anyone else who might have seen something suspicious in that neighborhood that night. I’ll report back what I find out here at The Lineup.

Sam Spade said, “When a man’s partner is killed, he’s supposed to do something about it.”

I intend to Tom. Wherever you are, may the Force be with you.