We may think of Saint Nick as a jolly old elf, but the life and holy works of the historic St. Nicholas were strange, peculiar, and gruesome.

Most of us take the rituals and customs of Christmas at face value and don’t realize how weird and macabre some of them truly are. Over the last several years there has been a surge of awareness and interest in the various dark companions of the saintly, gift-giving St. Nicholas, in particular, the Germanic Krampus. But the life and works of St. Nicholas himself involved the strange, the gruesome, and peculiar.

The person who would become St. Nicholas was born in the 3rd century in the Greek, Christian town of Patara in what is now Turkey. Immediately after birth his jubilant, previously childless, older parents placed the boy in a tub for his first bath. Nicholas stood right up and greeted them in the name of the Lord, which was surprising under the circumstances. Also surprising was his refusal to breastfeed on the fasting days of Wednesday and Friday, as newborns rarely display such calendarial awareness or self-control. 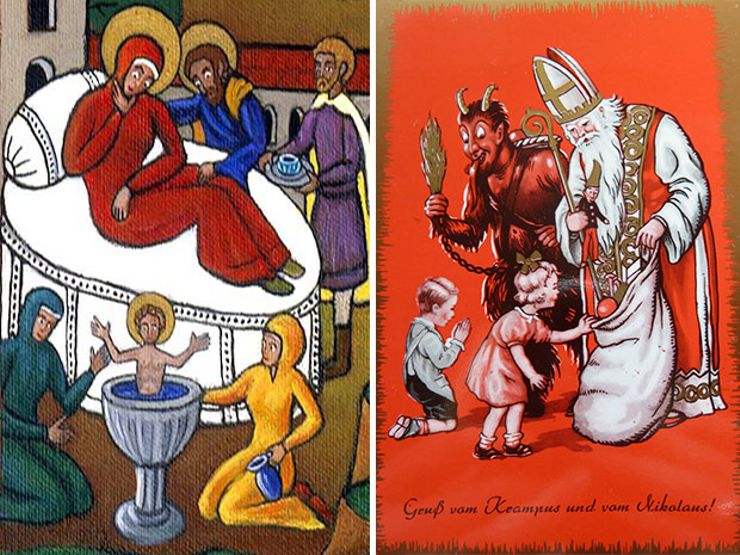 As the pious and generous youngster grew into adolescence he began clandestinely distributing the fortune left to him by his now departed parents to the needy and unfortunate. Most famously he aided the Three Dowerless Daughters. In that day and culture, when a man married he took responsibility for his bride’s care and keep away from her family. So marriage was a financial burden to the man and his family and a boon to her family. The bride’s family paid a dowry to even things out.

A neighbor of Nicholas with three bombshell daughters of marrying age suddenly lost his fortune to pirates and his three daughters were left without dowries. Since no one would marry them without dowries, occupational options were limited for the young women: slavery or prostitution, neither of which were considered choice career moves.

Hearing of their plight, three times Nicholas, under cover of darkness, dropped a bag of gold through an open window into the home of the father and his daughters, providing each with a fat dowry and enough left over to keep dad out of the poorhouse. Incidentally, the third bag of gold landed in a stocking hung by the chimney with care. Hmm. 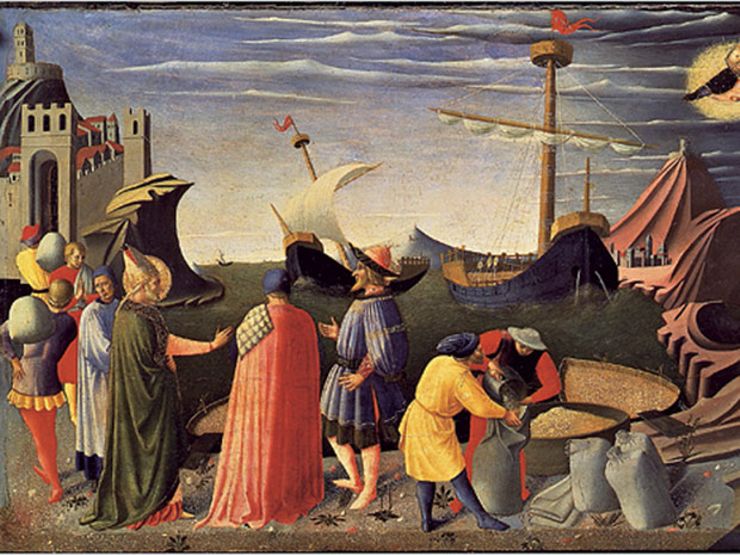 Soon after that little trick, Nicholas left on a pilgrimage to the Holy Land. The ship on which he sailed across the Mediterranean encountered a fearsome storm and a sailor high up on the swaying mast plummeted to his messy death on the deck far below. Nicholas prayed for the sailor to be brought back to life, ideally in pre-splat form, and he was, good as new.

The young man Nicholas was made Bishop of Myra—the Boy Bishop—and soon thereafter Roman emperor Galerius decided that Christians suck and should be prosecuted. The historian Eusebius noted that “men were flogged till the flesh hung from their bones, or their flesh was scraped to the bone with shells; salt or vinegar was poured upon the wounds; the flesh was cut off bit by bit and fed to waiting animals; some had their eyes gouged out; some had molten lead poured down their throats,” and so on. Nicholas endured torture and deprivation for eight years until the pogrom finally ended and he was released.

And the miracles continued. A young mother was so enthusiastic to attend a Nicholas sermon that she heedlessly left her baby in a bathtub over an open flame. When she returned the water was boiling but the baby splashed happily away, saved from a lobster’s fate by Nicholas. 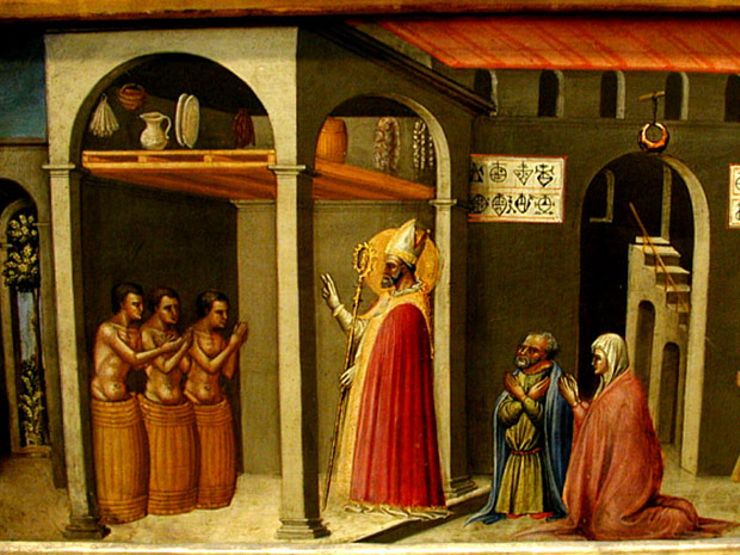 Most gruesome of all is the miracle of the three students. Three theology students were traveling through France on their way to school. As it grew dark they sought an inn and gratefully found one just as the last light faded from the sky. The shifty innkeeper noticed their purses were heavy, and late that night stole into their room and robbed them of their purses. Then, just because he felt like it, he smothered each with a pillow, hauled them down to the meat room and stripped them, cut them into slices, and put them into salting casks. Nicholas arrived the next morning, smelled a rat, demanded to see the students, accused the innkeeper of murder, then restored the students to life and wholeness before the astonished fiend’s very eyes. 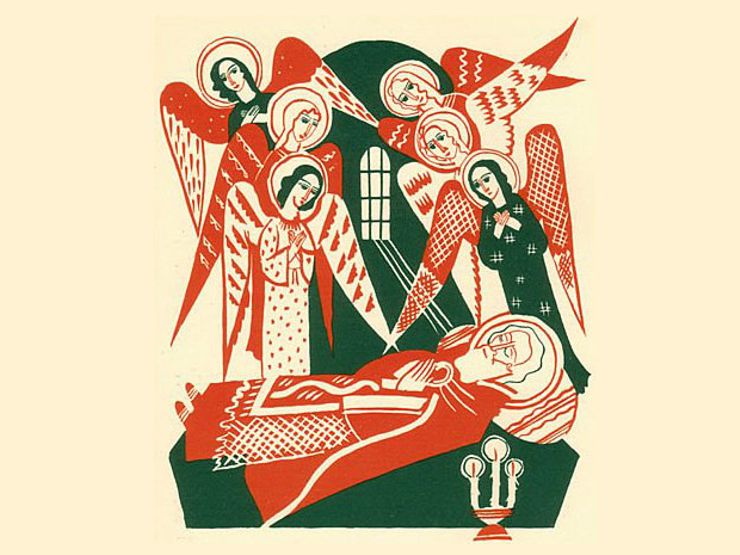 Lastly, when Nicholas died on December 6, 343, he was buried in his home church in Myra. Soon thereafter his tomb began to exude sweet-smelling water of great purity, called manna, which was believed to have healing powers. After his remains were “translated” to Bari, Italy in 1087 in order to get him away from the Muslims, the manna continued unabated and continues to this day. Every year on May 9, the anniversary of the “translation” to Bari, the “stone sarcophagus is opened. In the crowded crypt, the Archbishop of Bari extracts one or two glasses of water formed during the year around the Saint’s bones … A Father of the Dominican Community pours this manna into large containers of blessed water, making a large quantity to fill small bottles in order to satisfy the requests of sick people and pilgrims.”

See the process in the video below. St. Nicholas continues to inspire and amaze.

All photos via America's Most Haunted