Slenderman: The Meme That Led to Attempted Murder

In 2014, an eerie character from the darkest corners of the Internet inspired two Wisconsin tweens to stab their classmate 19 times.

On May 31, 2014, Slenderman went from compelling but wholly fictional Internet meme to household phrase when two 12 year-old Wisconsin girls lured a friend into the woods and stabbed her 19 times in an effort to earn the favor of the faceless, elongated, dark-suited figure. A few days later, an emotionally disturbed 13 year-old girl near Cincinnati attacked her mother with a knife in their kitchen in the guise of Slenderman. 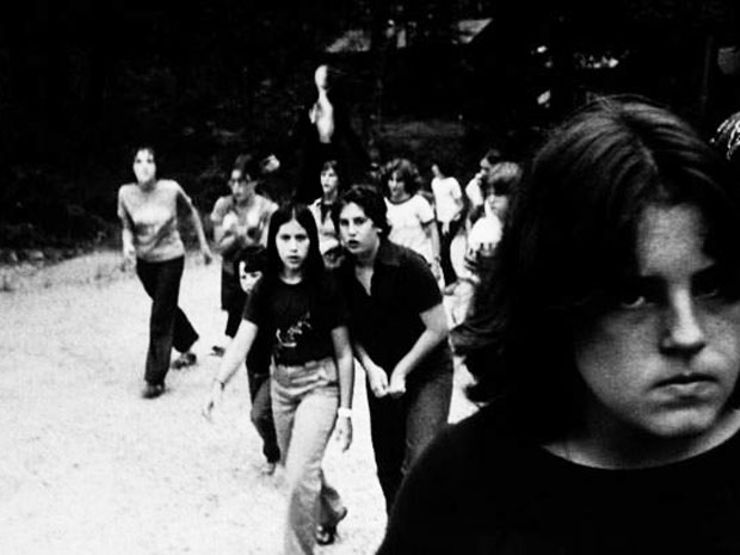 These real life homages are all the more disturbing because the creation of the character is readily traceable to writer Eric “Victor Surge” Knudsen on the Something Awful forum in 2009, in response to a contest asking “participants to turn ordinary photographs into creepy-looking images through digital manipulation and then pass them on as authentic photographs on a number of paranormal forums.”

And did they ever. As the most powerful memes do, this one seeped into the very fiber of online culture to the extent that five years later young girls were willing to kill for it.

Related: 5 FREAKY URBAN LEGENDS FROM AROUND THE WORLD

In a sense, Slenderman did become “real” when humans believed he was real and took action accordingly. This is the ultimate compliment for a meme—“an idea, behavior, or style that spreads from person to person within a culture”—when it jumps from concept bandied about on the Internet, to causation in the real world. Suddenly, Slenderman was “fleshed out,” so to speak. 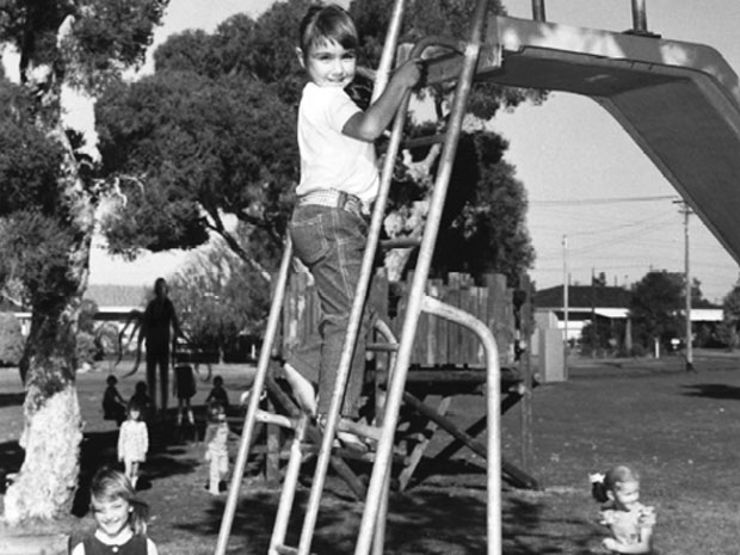 It is my contention that one specific image, the image at the top of the page, particularly influenced this jump from shared fantasy in creepypasta tales and images on the Internet to impacting real world behavior, specifically the Wisconsin stabbing. In this particular image, Slendy is enormously tall and thin, but only has the usual four limbs that most humans have, as opposed to the multiple Doc Ock-like appendages with which he is sometimes shown. His face and head are white and featureless, and he wears a dark suit and white gloves on his hands.

In this “naturalistic” image, Slenderman and a young girl are holding hands in a misty forest setting. Though huge, Slendy seems submissive to the girl, with his head hung down, his eyeless “gaze” looking at a spot on the ground. The girl stands erect in an old-fashioned dress, with a vague Mona Lisa smile. What secret do they share? What hold does the girl—half his height—have over this fearsome figure? 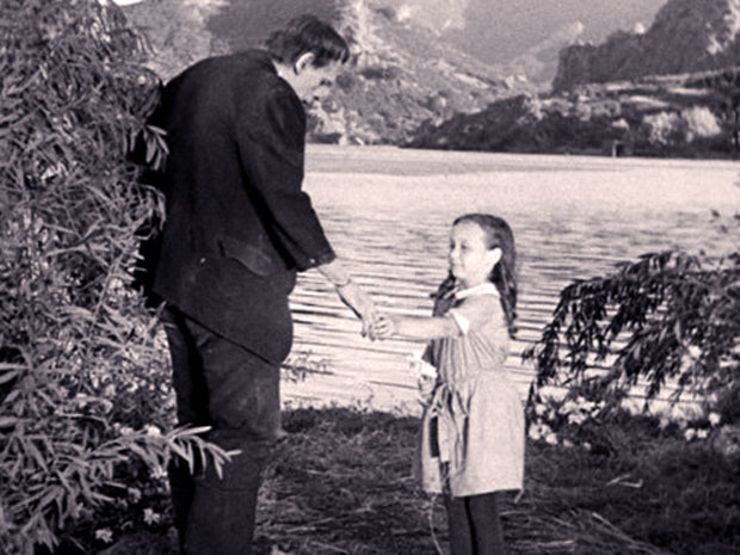 The classic scene from the original Frankenstein of the monster playing happily with a little village girl (before accidentally drowning her) comes to mind. But the girl in the Slenderman image is older, more like a tween, and has a bit of Wednesday Addams to her. This girl, like Wednesday, seems self-possessed beyond her years and has an air of authority that Slenderman clearly acknowledges.

And that is what the Wisconsin girls wanted, they wanted power over this intimidating force of nature who would solve all their problems. So much did they want this power that they were willing to kill their innocent friend, to stab her 19 times and leave her to die in the woods, in order to gain sway over the menace.

Ironically, the victim turned out to be the one with the power. Not only did she survive the attack, but she crawled her way out of the woods to a road and to rescue. The world now admires, respects, and maybe even slightly fears the survivor, who seems destined for great things; and has contempt, disgust, and perhaps worse, even a small amount of pity, for the attackers. On top of being deluded, naive, disturbed, even stupid, they failed—thank goodness—to execute their plan. Slendy would not approve.

This story was first published on America’s Most Haunted

The Bride of Frankenstein and Her Many Moods

Music and the Paranormal–Ghosts Seem to Dig the Tunes